Loading…
Small size, Big sound
Pros: 1. Stellar balance across the range
2. Doesn't sound digital or processed unlike many of its competitors. Natural and analogue ish sound reproduction
3. Extremely precise. Class leading imaging and detail retrieval. Excellent Separation and layering.
4. Clean, neutral and clinical but not at the expense of musicality
5. Loads of body/meat in the sound. Really difficult to find flaws in midrange, bass and treble
6. Exemplary sibilance control. no shrillness or harshness or glassy edge around the sound
7. POWERFUL. Can run power hungry cans like HD 650 with ease. Auto gain works perfectly but has drawbacks in specific cases that I'll
highlight in the Cons section
8. Excellent heat management. Doesn't get hot at all only slightly warm
9. Zero noise. I have seen reports of issues with usb 2.0 and smartphones but havn't faced no such issue myself
10. SMOL
Cons: 1. Soundstage can feel a little cramped once you come back from relatively wide sounding sources but nothing deal breaking and barely
noticeable after a while
2. Auto gain system doesn't work properly with low impedance low sensitivity iems (Final and Sony ier series iems to be precise). for
example iems that have 16 ohms impedance but below 100 db sensitivity. All ba and hybrids sound amazing and iems without the
mentioned issue as well. A force gain switch could have solved this niche problem.
3. Lacks wow factor. Won't make you go crazy and head over heels at first listen. Slow charmer
4. Battery hog. I have not faced any compatibility issues myself and it has been perfect from day one but in your system may turn out
otherwise especially in old hardware
5. Provided cables are very stiff. I am using a super flexible short paracord cable instead
Umm, I've probably written the full review in the pros and cons sections

But TLDR- Good option under 200 usd range. This is Questyle's cheapest offering and don't expect it to topple their top tier stuff but Questyle's natural charm is still present here. Highly recommended if you are looking for something very very small yet powerful. I am thoroughly enjoying mine 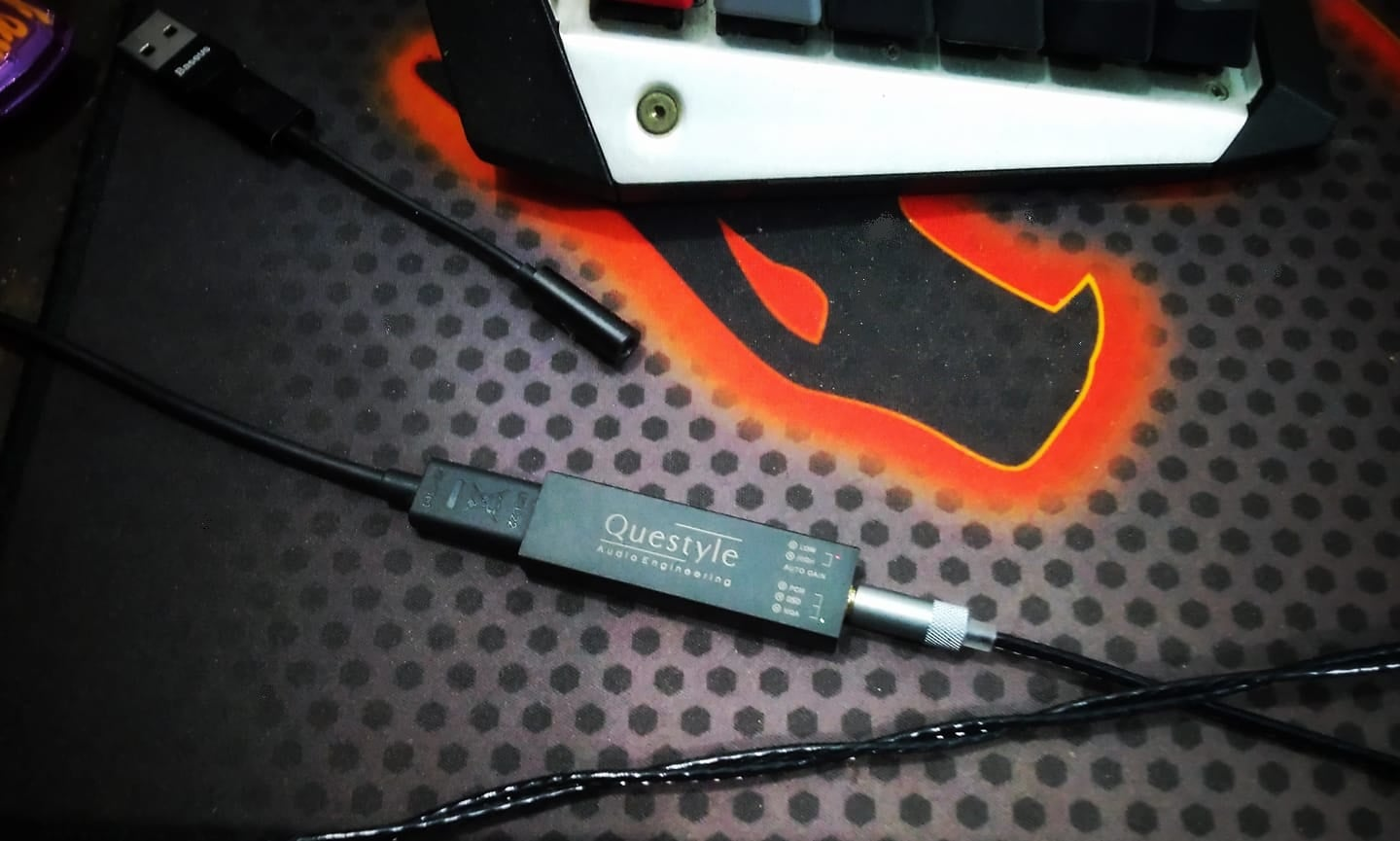 BonGoBiLai
basically low impedance low sens iems like final iems and sony ier series are usually much harder to drive and needs gobs of power compared to other iems (e4000 and e5000 are notoriously power hungry for example). but since they have a low impedance and M12 detects the impedance load only for its auto gain system, it runs at low gain mode whereas high gain is actually needed. An impedance adapter might solve the issue.

BonGoBiLai
they still sound loud enough though just not optimal. Sounds wooly and unbalanced across the FR

BonGoBiLai
the battery drain is serviceable, not the worst offender. This is a problem associated with all high end dongles. You gotta sacrifice some battery juice for that sweet sound quality.
Well built good sounding portable DAC
Pros: Well-controlled bass
Can drive even fairly difficult earphones
Good Soundstage width
Metal, good build quality
Cons: Drains battery quite a bit
Odd clicking noise while using Apple iPad as a source
Dark case makes text on case hard to read
Would be nice if the indicator told more than whether it is MQA or High Rez (like gave bitrate)
Source

Alice in Chains - "Down in a Hole" (unplugged version)

Dire Straits - "Money for Nothing"

A Perfect Circle - "Weak and Powerless"

I do not currently have the means to measure audio equipment, so I will have to convey the Questyle M12 in anecdotal terms only. Overall, the Questyle M12 is an able performer that offers decent performance with even difficult to drive earphones. With Android equipment, the unit performed flawlessly and was easy to use with USB Audio Player Pro. The only issue I had was using the unit with my Apple iPad (Air third gen, latest iOS). When using the M12 on the iPad, there was a clicking sound that would oddly move around the soundstage no matter what app I used. This did not occur when using the Fiio BTR5 (wired or wireless). Other than that issue, the M12 sounded great with every genre of music as a DAC/Amp should.

The Fiio BTR5 is a portable DAC/Amp that costs around $110 and includes Bluetooth. The physical size of the BTR5 is slightly thicker and longer than the M12, but still quite small. It does include a belt clip case for convenience.

Both the BTR5 and M12 were able to drive any earphone that I threw at them, though the BTR5's volume is controlled on the unit and got much louder than the M12 fully driven. Sound on both were exceptional offering good bass performance, and a non-grainy treble, two areas of which I am particularly upset if lacking. Bass control on the M12 was a little tighter. Soundstage on both was good on all earphones, but really stood out on the Moondrop Kanas Pro as they both seemed to extend the width significantly over the USB-C dongle. The imaging was a little better on the M12, but not excessively so.

The advantages on the BTR5 are with the Bluetooth capability and the addition of a 2.5mm balanced jack. While testing the BTR5 against the M12, I did not use the balanced connection or Bluetooth, however.

Overall, against the Fiio, I would give the edge on sound and build to the M12 but features to the BTR5.

The Apple USB-C dongle is a capable performer considering its low cost but has issues with output. I use the dongle occasionally when I listen to background music as it is simple to just plug and play. The M12 has better resolution, better staging and imaging, and a lot more power.

Overall, against the Apple USB-C to 3.5mm adapter, I would give the edge to the Apple adapter for cost ($9), convenience, and portability (it is so tiny), The M12 is better in all other aspects.
Questyle M12
Pros: - Pristine clean and cleat timbre
- Sparkly yet not overly done
- Scalable driving power
Cons: - May not always perform great with MQA, may exhibit artifacts
- Picky on power supply from host. The amplification module on this unit is power demanding 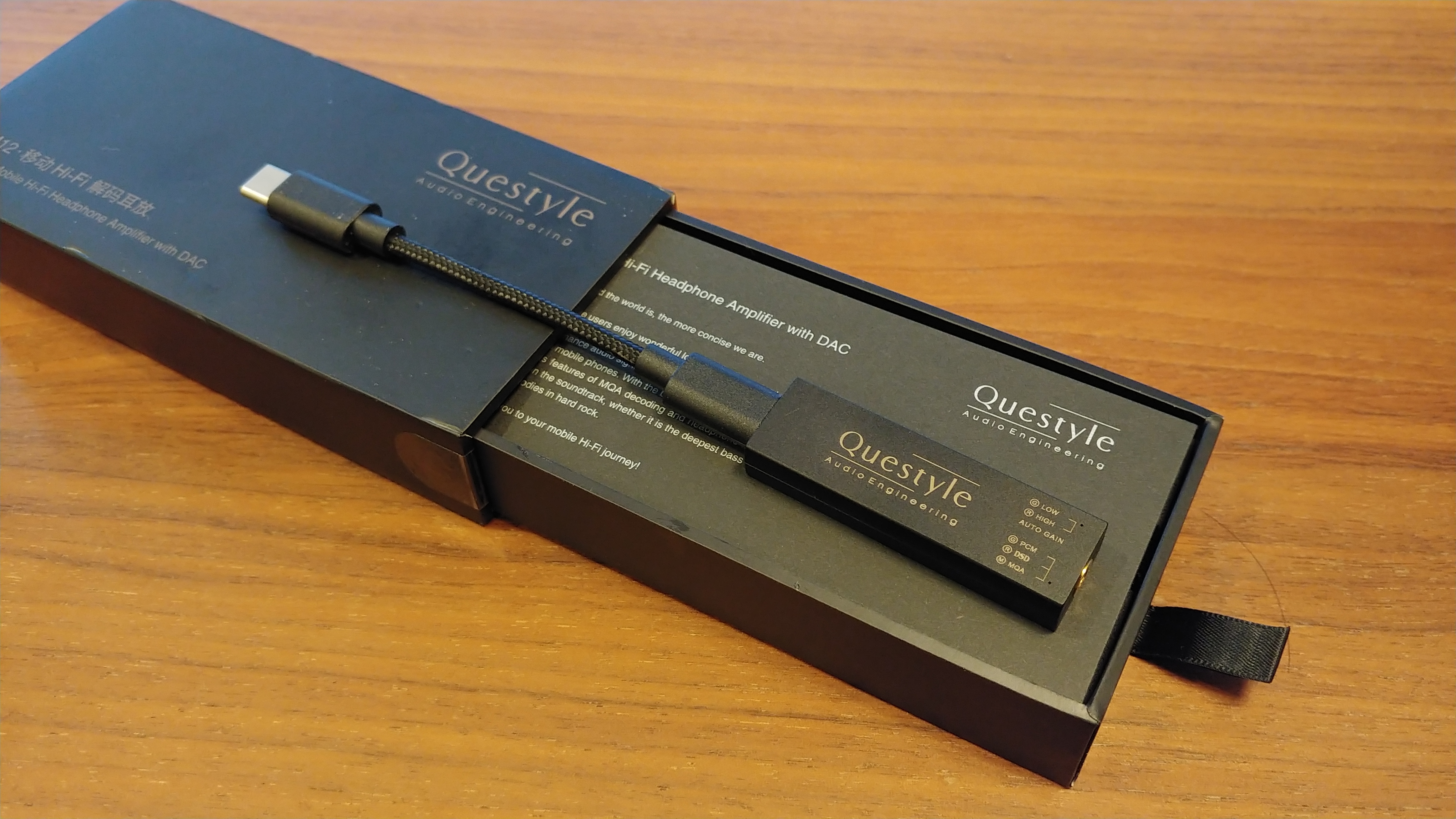 Questyle M12. Arguably one the best among the ones tested so far with outright technical prowess and timbre coherence, outclassed Audirect BEAM 2SE and HiBy FC3 on this segment by a step or two. Can be overly pristine when paired with an already ultra-resolving IEMs like the Etymotic ER4SR, but it does not dry the timbre to cause for concerns. For transparency, M12 sets the bar really high for others to follow. However, the somewhat milder velvety smoothness as observed in other TOTL dongles prevented this unit from scoring higher – but by no mean a deal breaker as some may hugely appreciate the stellar coherence especially when paired with an already technically competent and musical IEMs/Headphones. I love this unit the more I listened to it. It is very tidy and disciplined.

A re-run test has been conducted on this M12 due to the fact that my older LG V35 was not providing ample enough power supply for the demanding ES9281AC DAC. I ran the impressions test for the 3rd time on a Xiaomi M9t which audibly allowed the M12 to perform to the fullest potential. Overall the refinement are observed of which the timbre exhibited meatier dynamics and polished edged decays. Performs the best on my Samsung S20 which has stronger USB 3.2 - the better your phone is, the better this M12 preforms. 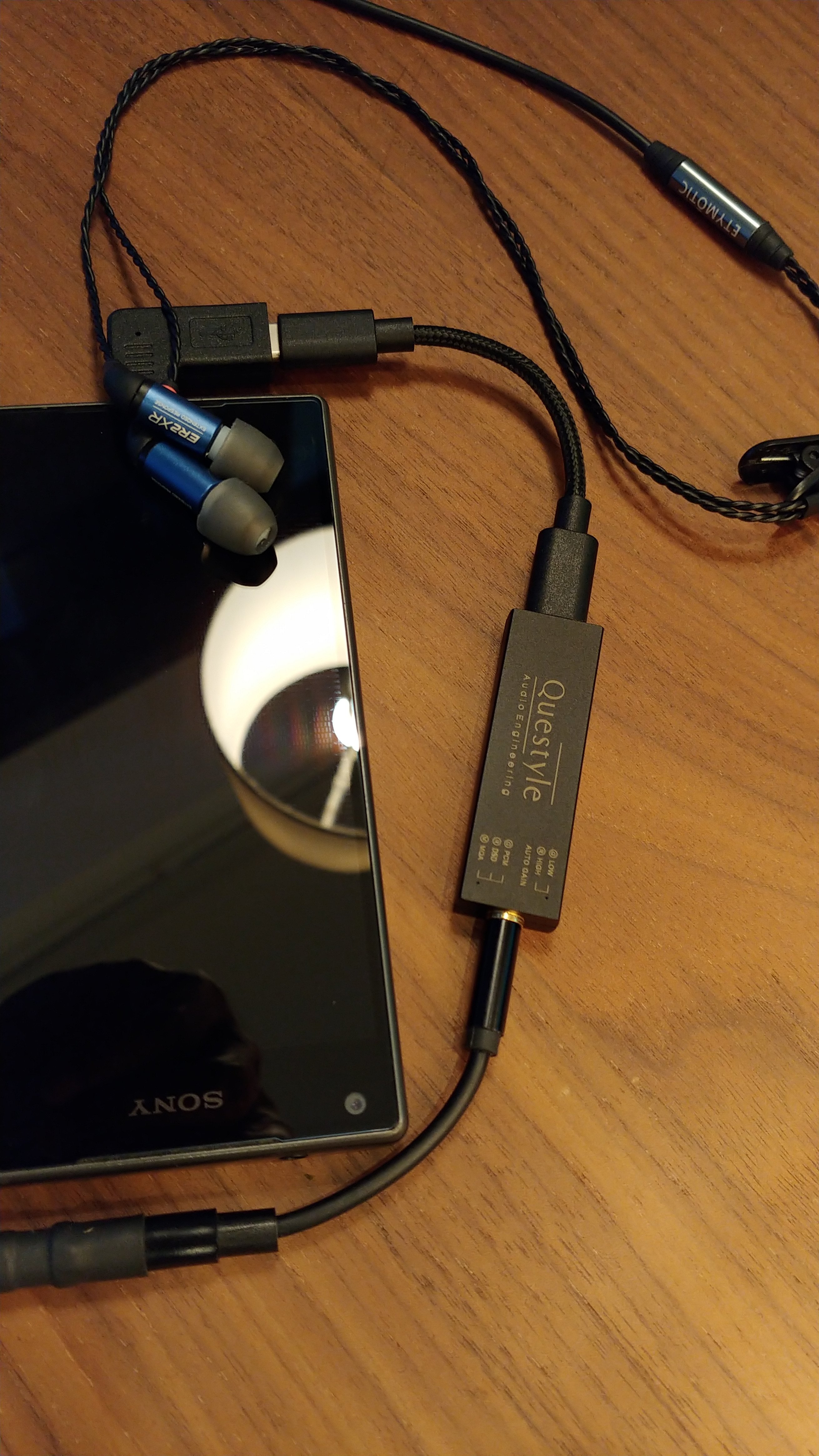