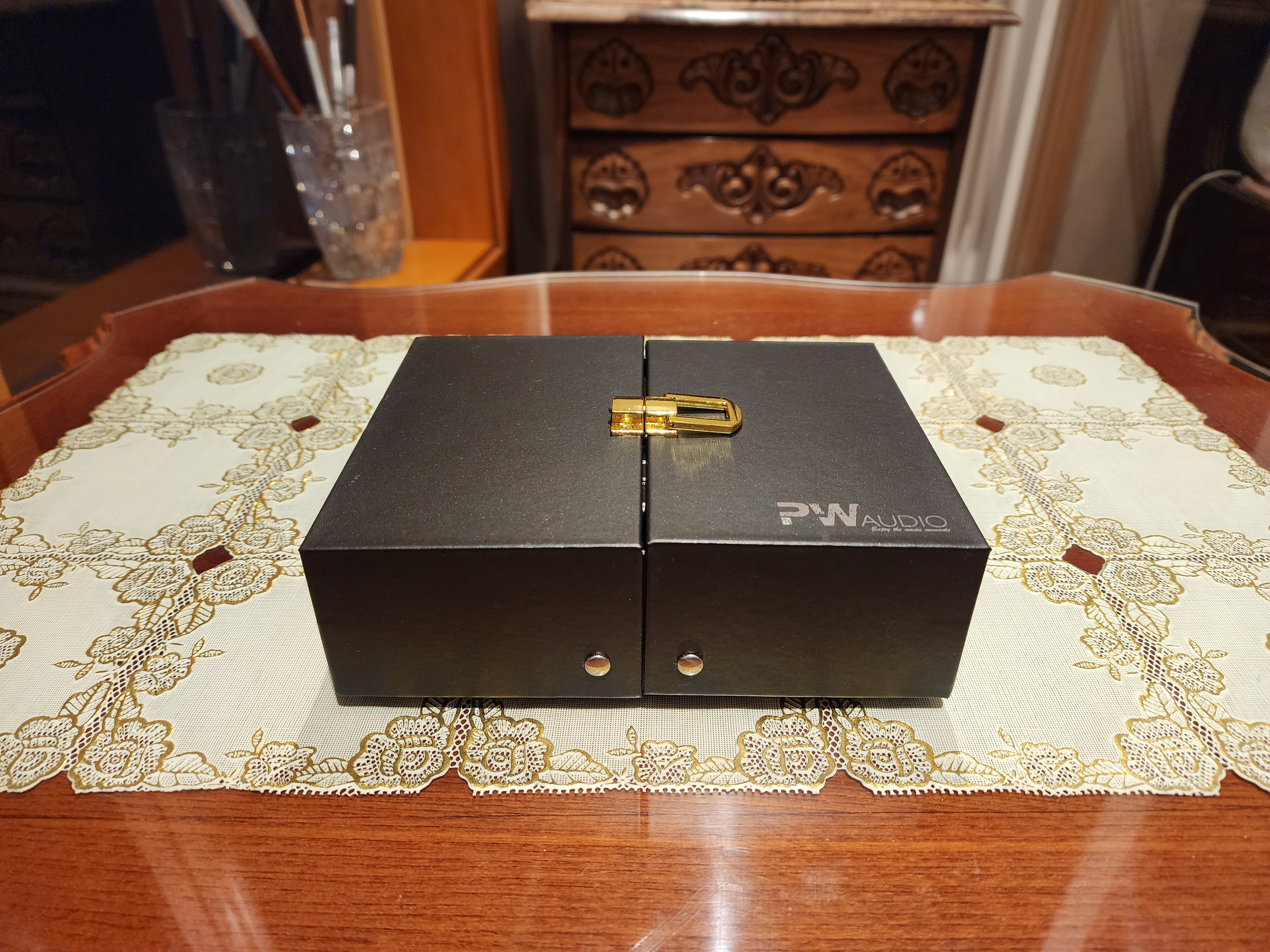 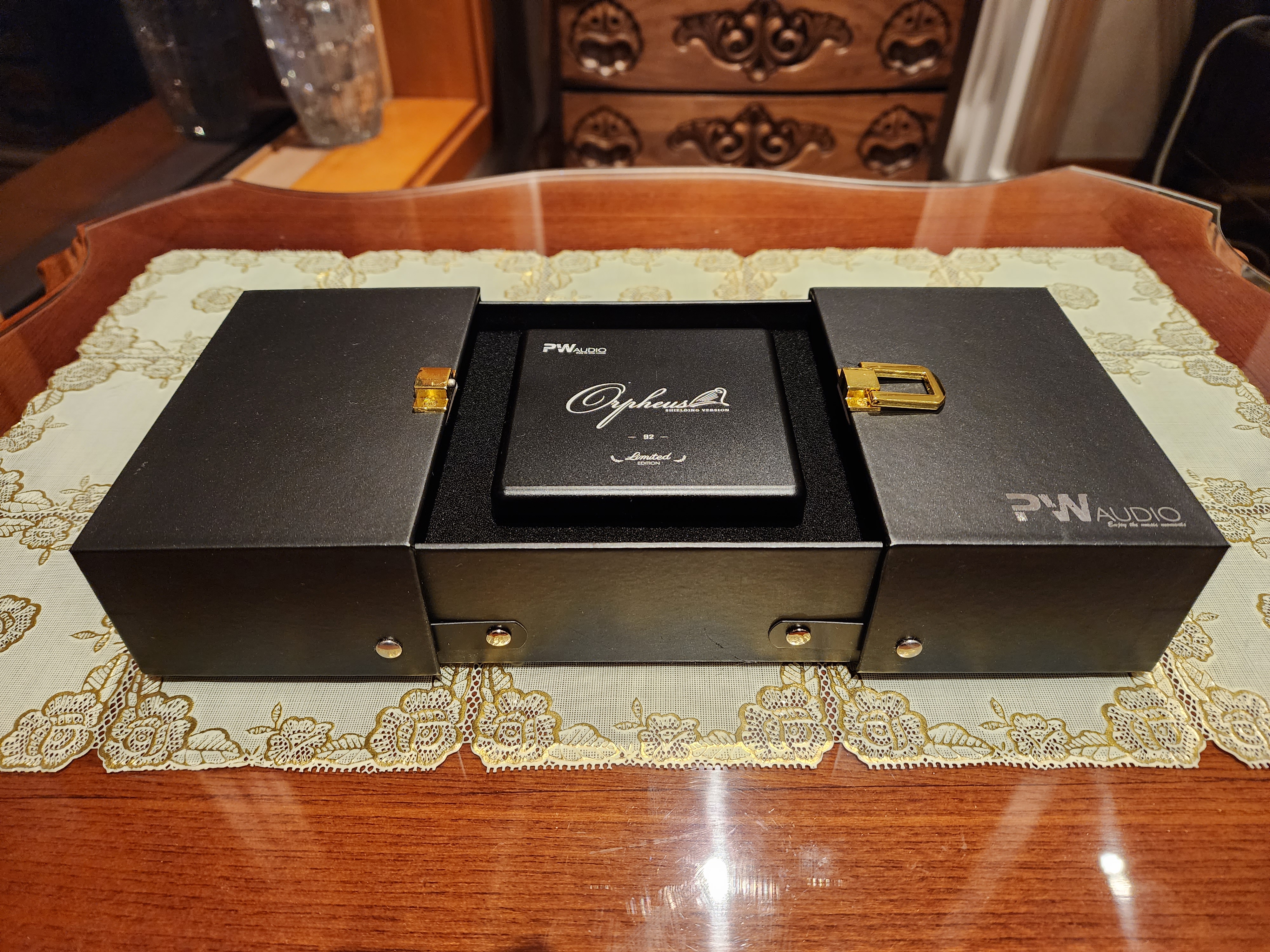 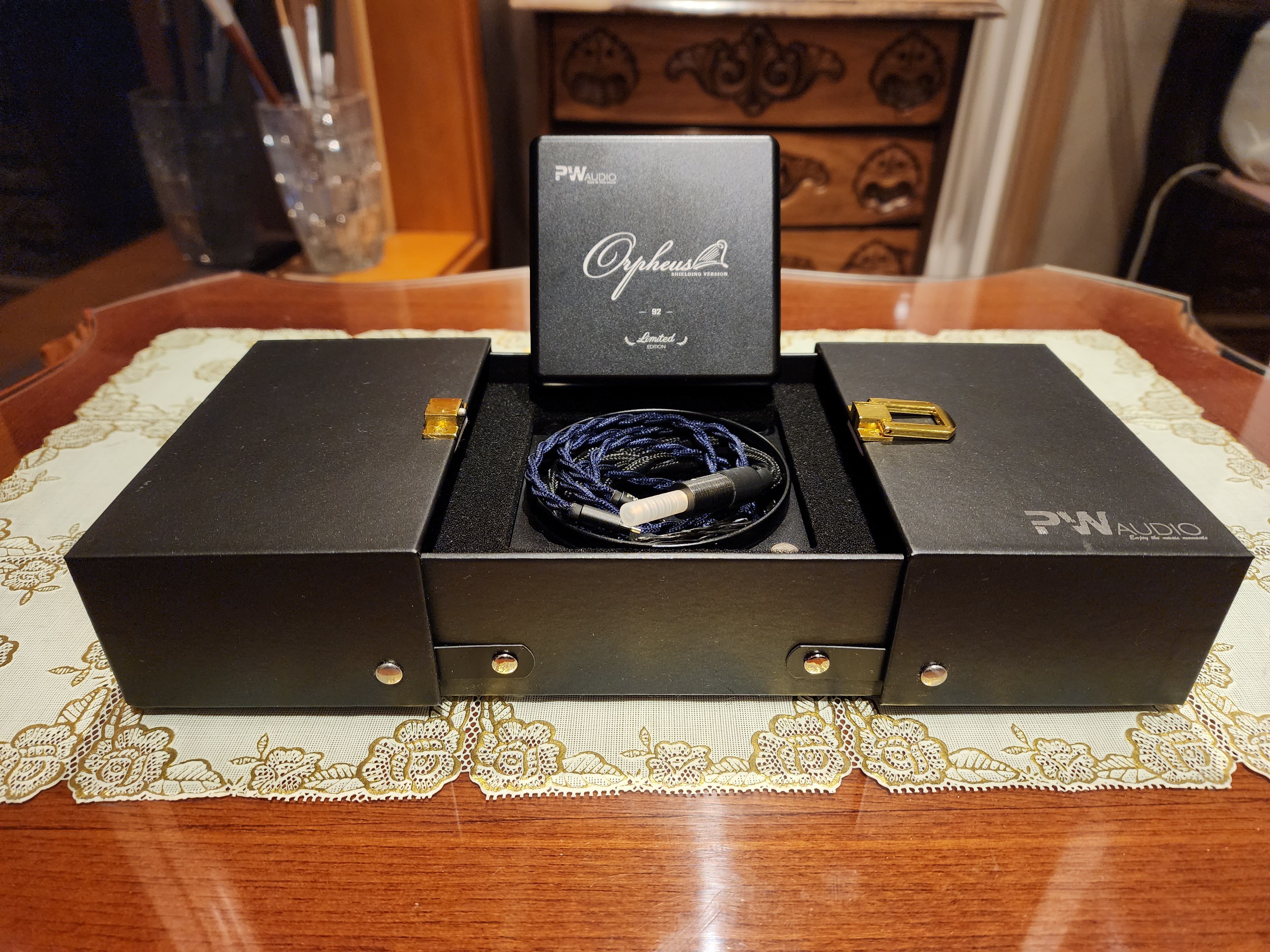 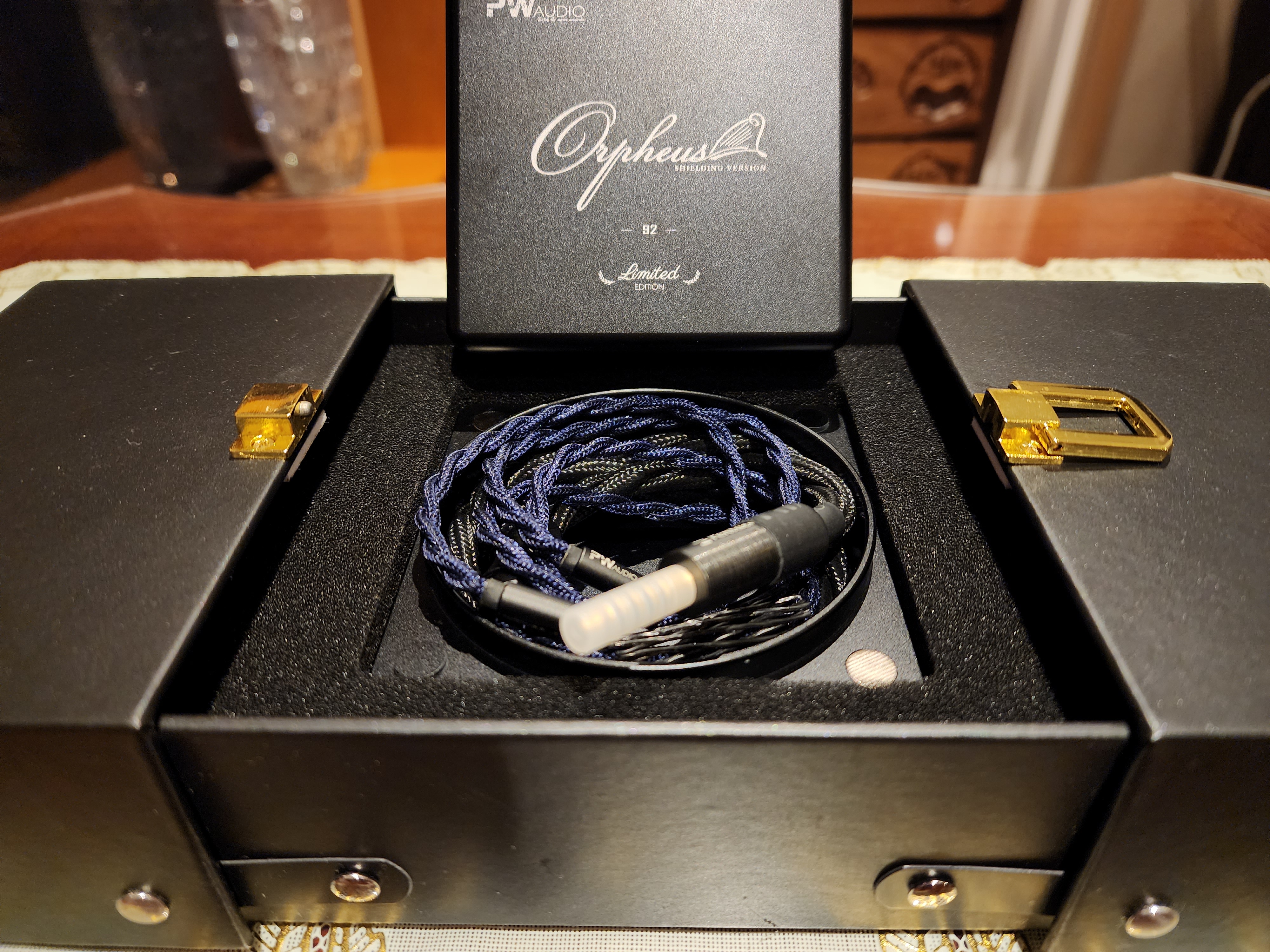 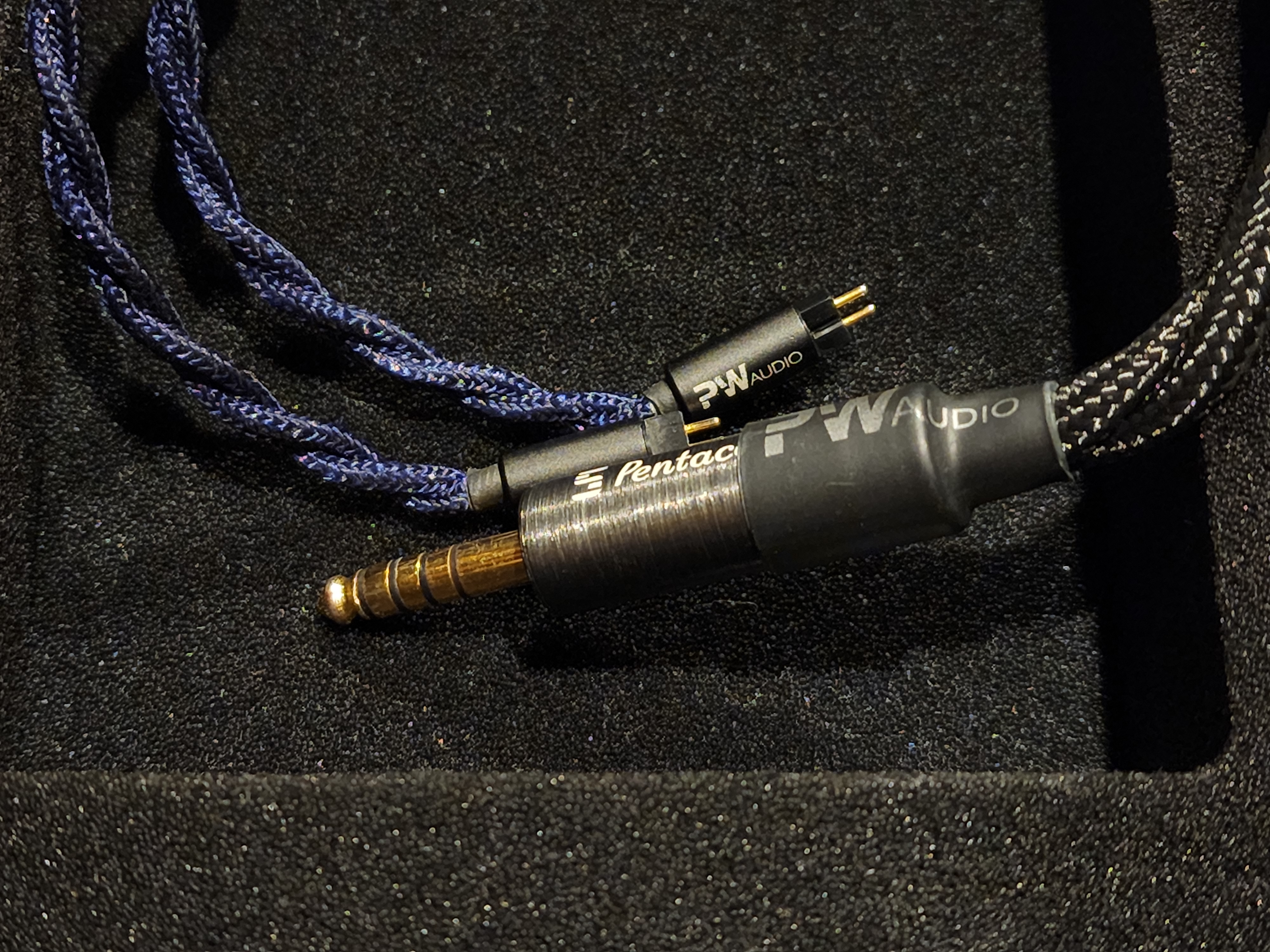 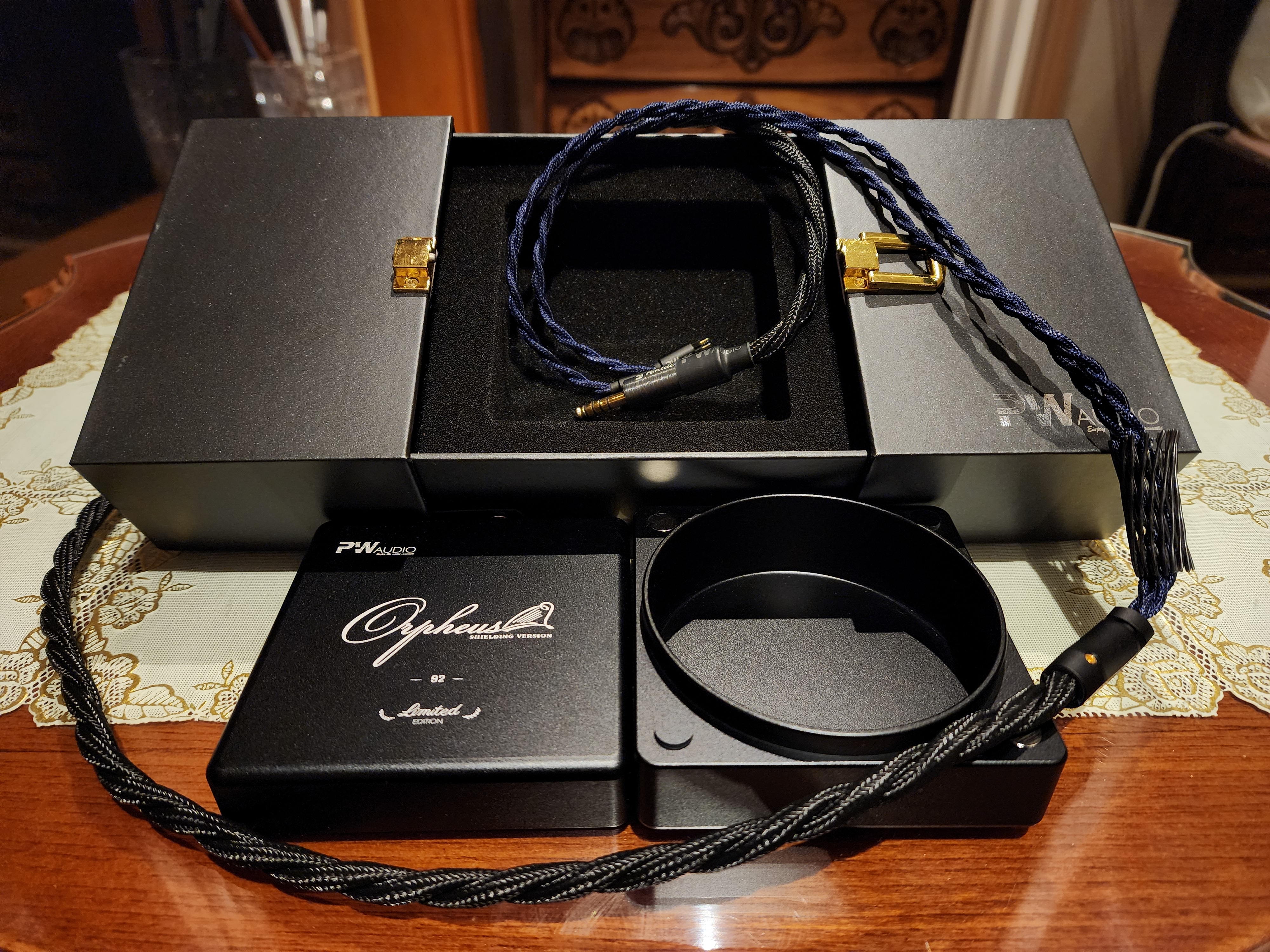 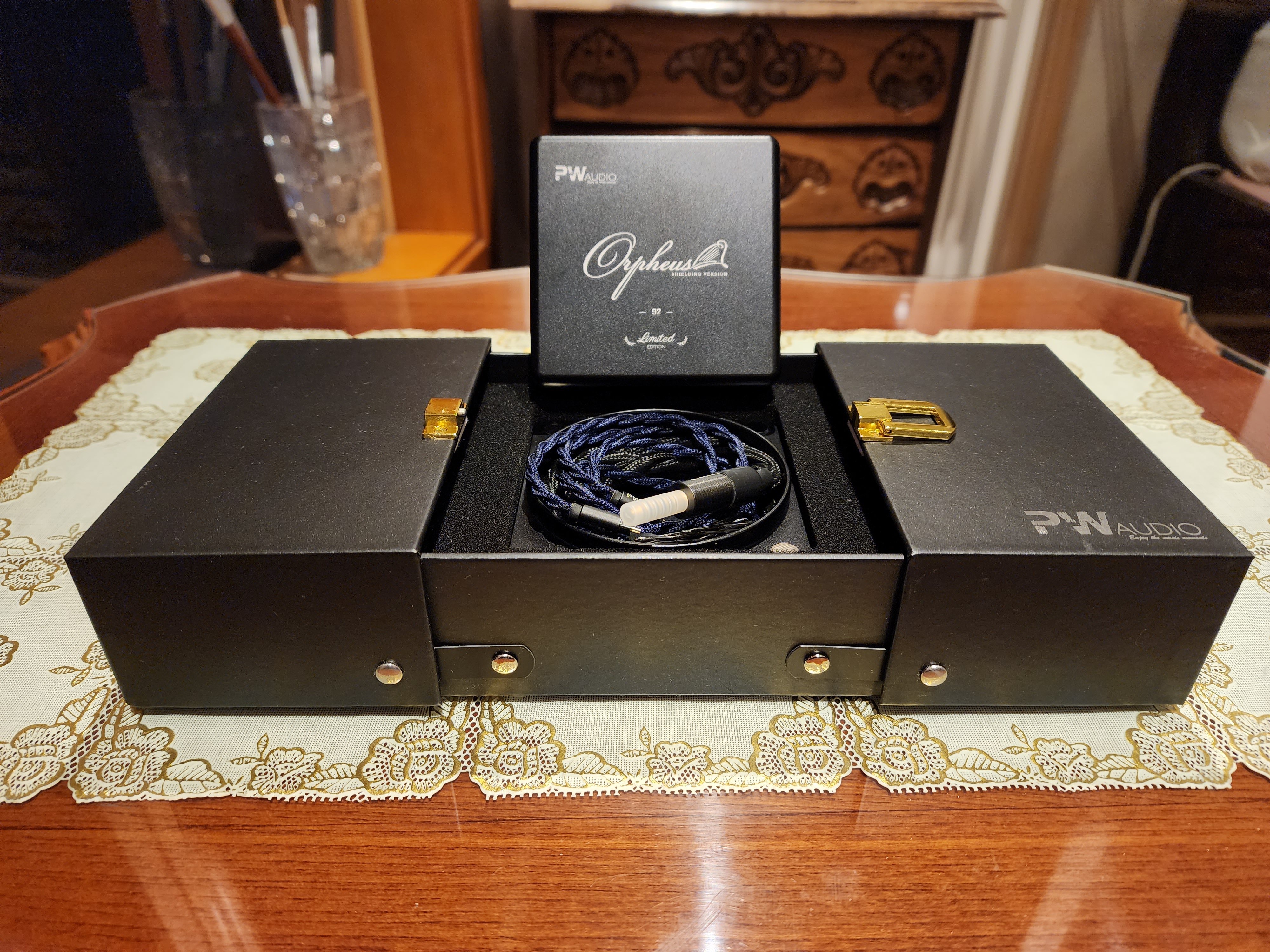 --
For convenience sake, this will be a short paragraph style comparison review, so I apologize ahead of time if it will sound too anemic
--

It’s funny I never meant to write a review here on the “head gear” category, as there is this undisclosed expectation to be all formal when formality couldn’t be further from how I typically like to present myself. Maybe it’s all inside my head? But I falter at the thought of writing media centric reviews that’s commonly found at a click of a button on Google. I find it tedious and uncomfortable, as I am burdened with the pressure of sounding like a salesman rather than giving a simple description of what I’m hearing as I do with all my audiophile friends here.

I prefer writing in a vernacular manner, which is why I’ve transitioned towards writing small paragraph-style reviews on established threads like the Watercooler Forum. It gives me the flexibility to stay within my comfort zone while still being able to contribute to the community I know and love.

Now with that being said, imagine how surprised I was to find that there was not one review done of the world’s most expensive cable in the “head gear” space when that respect was given to iems of the same accolade like Traillii or Jewel. I’ve been wanting to write a comparison review for quite some time, so I figured this may be the perfect opportunity to finally add the all-mighty Orpheus to the “Head Gear” space and give it the publicity it deserves.

This review isn’t me diving deep into Orpheus Shielding in particular, but speaking of it as a whole in comparison against other totl cables in the market. I figured this may give everyone a little insight into each cable’s characteristics and how they differ from one another. It is my hope that I can provide a vicarious experience as you guys read this, but of course – as one famous reviewer once said…

“YMMV and all that…” 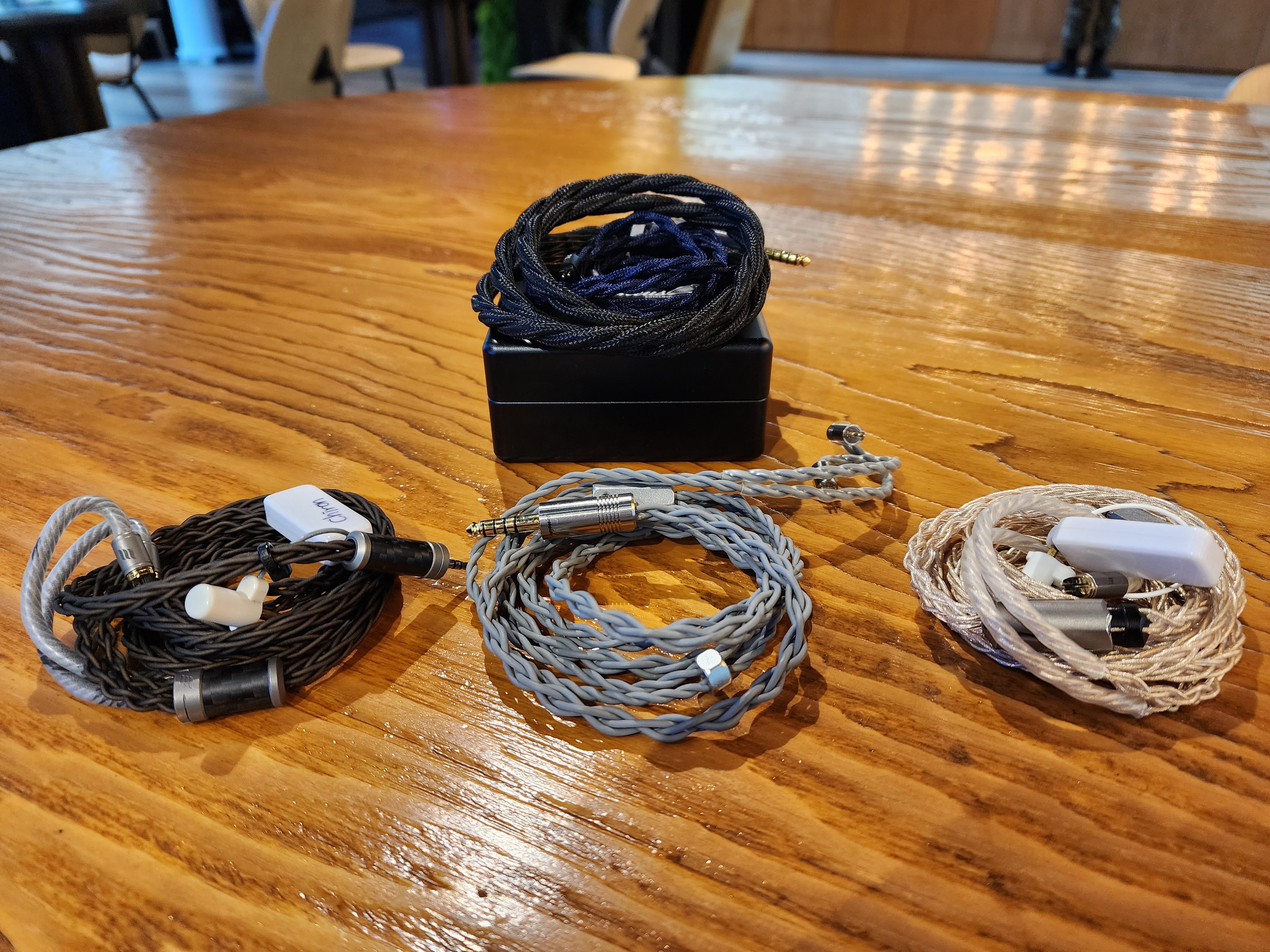 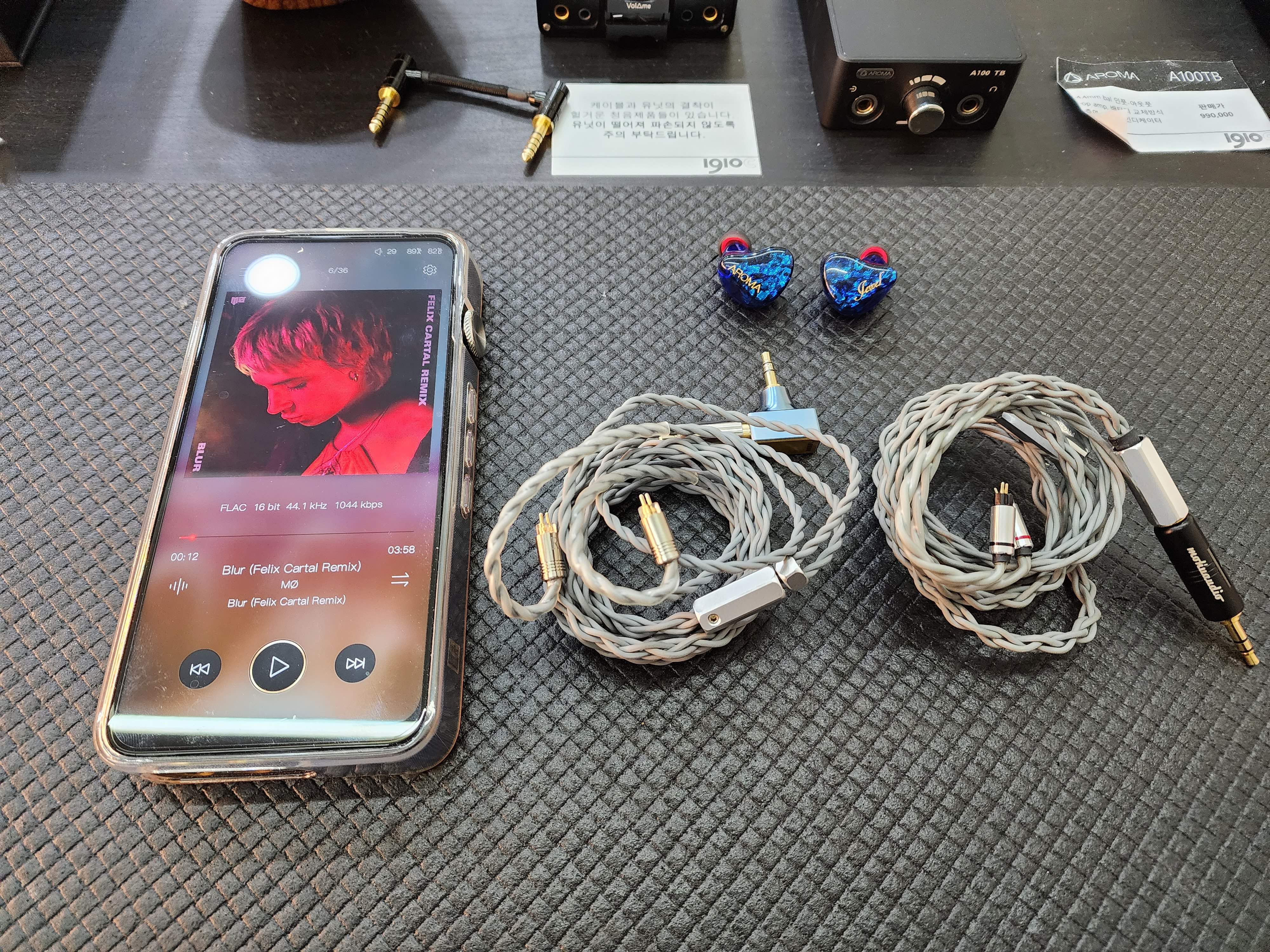 *Paired it with Jewel for fun here, but all impressions have been done with Odin

This is my most used cable I drive daily. It’s an achievement itself how tangly it gets, but I love it for how good it sounds at a fraction of its original cost. As subjective as this may sound, I find its tonality to be the quintessential sound of pure copper with analogue goodness. Its warmth reverberates throughout the whole spectrum with texture for days that growls from the feet of the bass. Its resolution is almost on par with today’s totl cables, falling ever so short when it comes to the last leg of refinement. To quantify, I’d say it at least gets within the 5% margin of how it resolves details.

The mids are tamed back and leans closer to a relaxed presentation from neutral. The treble is not over-the-top sparkly, but exudes that ethereal air reminiscent of EST timbre we know and love. Where it truly falls short is in the soundstage and imaging. It’s wide and big, but lacks the holographic depth seen in totl cables below.

I’ve done a back and forth test between the 1950s clone and the original 1950s. To my ears, they sound identical in tuning. The Cardas Clear gets upto 99% of how the 1950s perform, but my ocd brain pulls me ever so slightly towards OG’s favor without telling me why. I don’t know if it’s a placebo effect, but I assure you it’d be very difficult to tell the difference if you were doing a blind test side-by-side.

The first time I had the Orpheus in my ears, I was shocked due to a number of reasons beyond its expected acoustic performance. Firstly, its tonality is very similar to the 1950s. I haven’t seen any mentions of this from reviews I’ve read so far, but Orpheus is literally the big brother of the 1950s. If you want a budget Orpheus, you can buy the 1950s (or its clone) and still be content with getting at least 90% of what the Orpheus provides.

I can only assume Peter tuned Orpheus this way because why change a formula that works and is loved by the community (resembling the 1950s)? And secondly, the PVC and FEP shielding feels soft and elegant to touch. The weight is noticeable but not cumbersome even for a small-statured person like me (compared to my Western friends). It’s surprisingly ergonomic and free from tangle, and aesthetically speaking, this is probably my favorite cable among the plethora of other cables I’ve come across to date.

From here on out, you can copy and paste my description of the Cardas Clear (1950s clone) and you’ll have a general understanding of what its tonality is about. The difference, however, is in the soundstage and imaging. Orpheus envelops you and transports you to an alternate reality where you’re sucked in by this evocative depth of emotions. It is the most enveloping soundstage I have heard (even against all other totl cables below) with the blackest background that takes you down to the abyss.

The mids are scooped slightly further back, while treble is more reserved compared to Centurion or OTL (Ode to Laura). However, it’s presented in an ethereal floaty manner like the 1950s and provides a sense of air in spades without losing any details.

Vocals are tamed into the background, but have an immersive quality that expands all the way out into the distance. None of the frequency jumps at you (unlike how I hear from Chiron) but has a weighty bass that anchors you down so that you can freely meander through its acoustic landscape.


Orpheus is literally the embodiment of Traillii in the form of a cable. A relaxed and enveloping presentation with a huge soundstage. It is the smoothest and most effortless sounding cable I have tried to date.

Brightest presentation of the bunch. Has a more forward upper-mids and treble (without inducing harshness) with the same wide soundstage as seen on Orpheus, but falls short when it comes to the holographic depth that’s present on Orpheus, Ode to Laura, and even from its cheaper flagship Chiron.

Centurion has a sweet and slightly cool timbre. Think of freshly picked morning apples, as opposed to the hot chocolatey cocoa of Orpheus.
Preference is subjective, but personally I prefer this timbre over Orpheus due to my bias towards brighter sounding tonality. Guitar plucks sound more present and tangible. It has a livelier sound to it as if you’ve opened a window out into a clear field intoxicated by spring fever.

Retains Centurion's cool timbre, but warmer and more organic. Not chocolatey-warm like Orpheus, but a bit pulled back in brightness. Tonality wise, it sits in between Orpheus and Centurion, but leaning closer to Centurion.

Vocals are deliciously sweet and are placed right in your forehead, within the centerfield of the soundstage, while instruments position themselves above and below you. It's more noticeable than any other totl cables I've tried. It has an engaging presentation like Centurion, but more mature, organic, with a greater sense of depth. Holography is very impressive and on the same level of Orpheus, but with a very different presentation –

Chiron accentuates each band of the frequency, giving a W-like appearance.

Chiron sounds more tactile and has textured grit compared to Orpheus, which is smoother and relaxed. Treble is crisp and accentuated without overpowering the rest of frequency.

One of my absolute favorites.

Same tonality as the original 8 wire. "W" shape with equally accentuated frequencies in each band, but noticeably less resolve, dynamic contrast, and imaging.

It's about 90% there compared to the 8 wire version.

1950s has better resolution, dynamics, and soundstage in comparison. 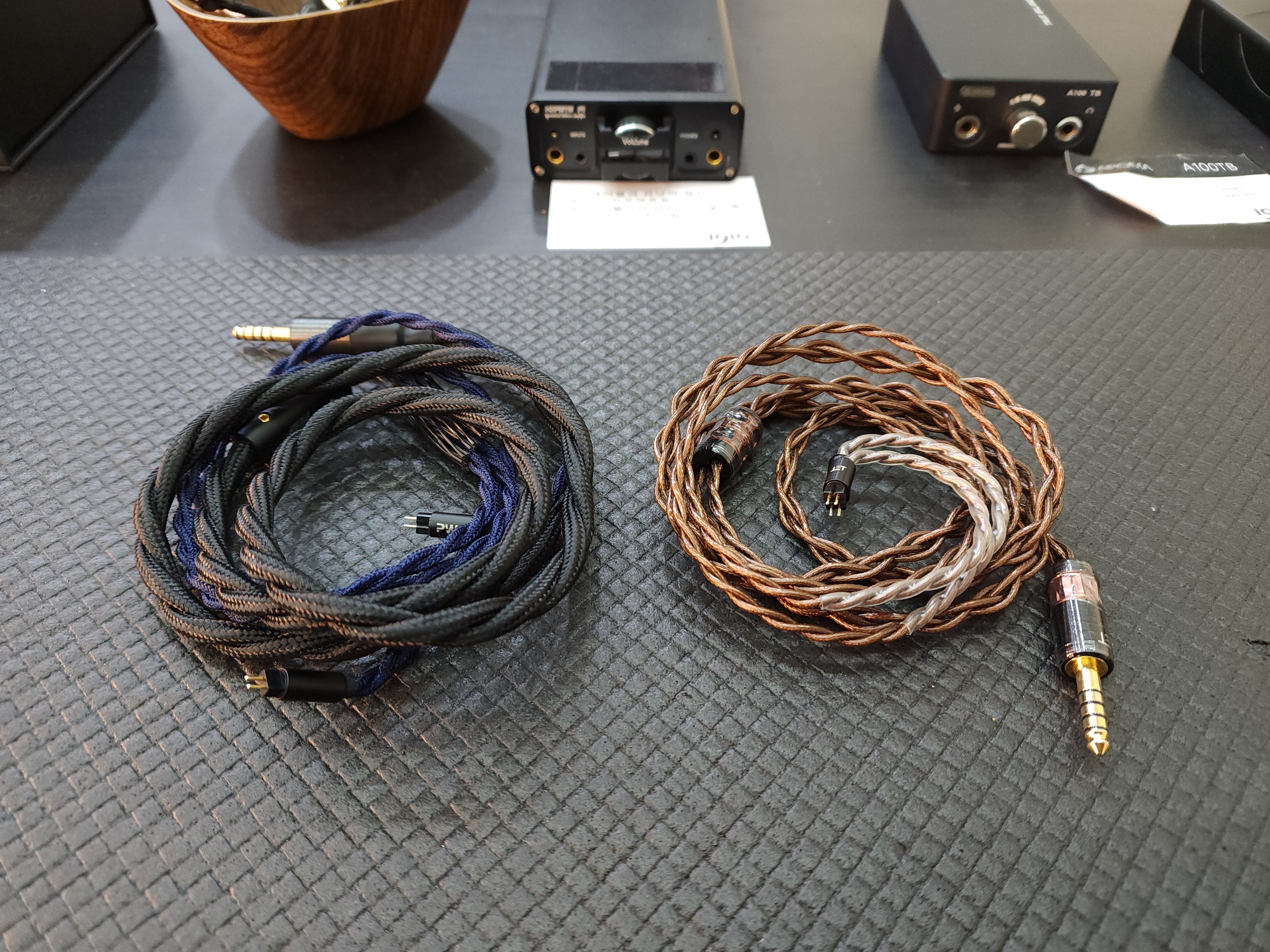 Noticeably less width than other aforementioned cables above. Taller and deeper than width like an oval shape with accentuated treble energy. Has textured sparkle up top but not splashy.

Still retains that copper analogue timbre but with very fast and snappy transients. The texture down low is incredible with a gritty palpable rumble.

Generally speaking, it has an energetic presentation with vivid tonality that invokes adrenaline all throughout your body.

The best texture ive heard among any cables ive tried so far. 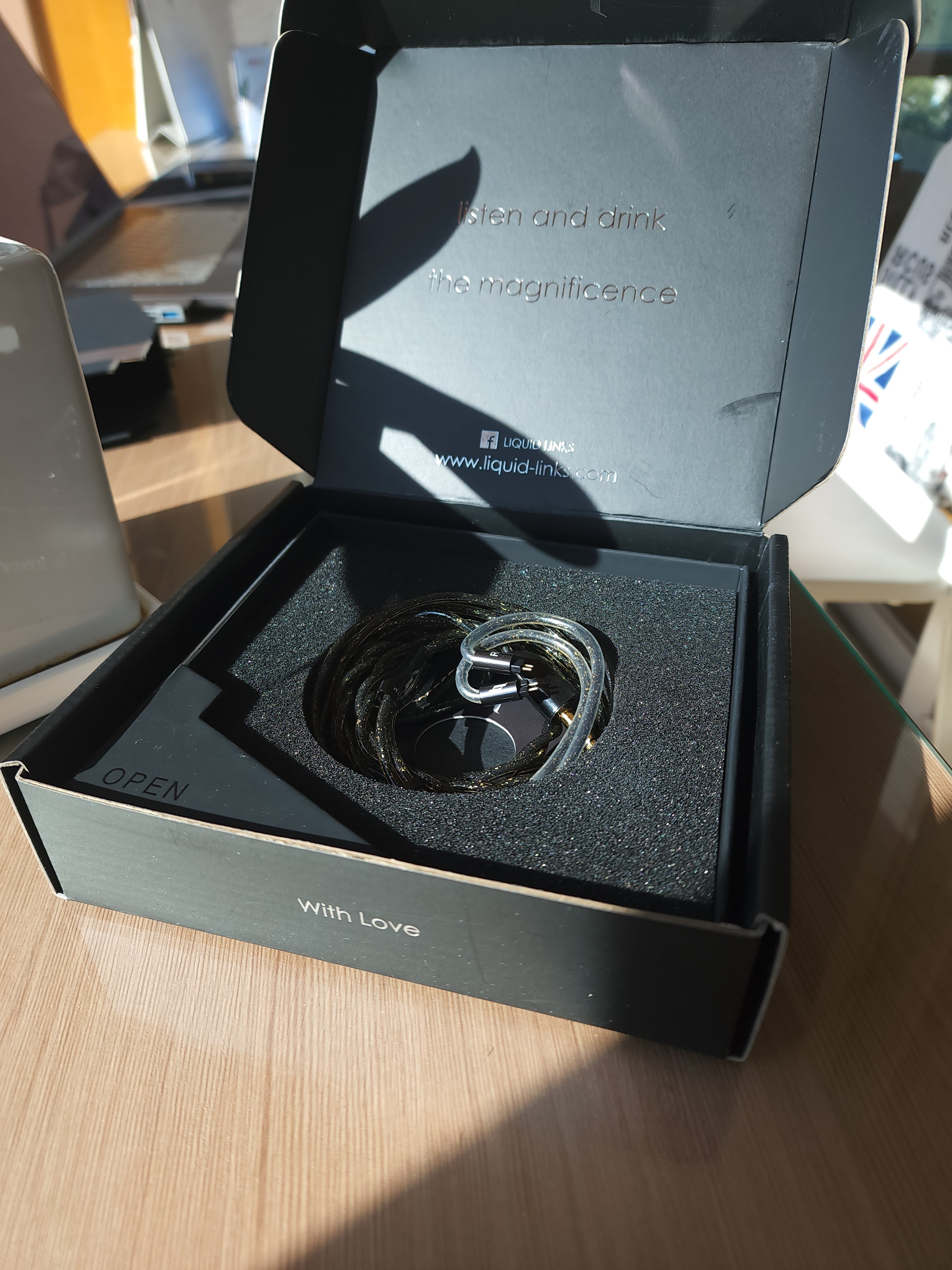 *My Venom before it went away to a friend :')

It’s been about a month since I’ve owned the Venom before sending it away to a new owner, but it’s characteristic still remains fresh in my memory as having been the most unique cable I’ve tried to date.

Venom has an uncanny ability to “uncolor” any iems it pairs to. It is the epitome of how a “clear-sounding” cable would sound if such cable existed in the market. Some may find its “uncolorization” as a way of revealing the intrinsic quality of its connected transducers and showcase how it's meant to sound in its purest form. However, I found this to strip away the emotive quality as well, leading me to be more disengaged than vibing with the music.

Compared to other totl cables, Venom performs on par in soundstage width, but falls short in the abyssal-like depth as seen on Chiron. It has a unique way of putting forth midrange upfront without inducing any brightness whatsoever. Its vocals sound crystal clear reminiscent of Jewel’s midrange and remain natural without sounding artificial. It has a fast and articulate presentation with shorter decay of notes and competes on par with aforementioned cables strictly on resolution.

I tried to pick a favorite cable of the bunch, but was unable to do so as each had its ups and downs relative to how it synergizes with different sources and iems. Through this experience, I came to ask myself - what if, instead of collecting different iems, we simply cable roll on our favorite iem to appeal to the moods that we're in.

Hope you found this review informative

drftr
Excellent my friend... Did you get to get a taste the First Times as well at 1910c? Wonder where this would fit in the range for you. In my impressions I noted something like the ultimate combination of the 1950s (mostly tonality, texture, and palpability) and 1960s 4-wire (mostly dynamics, staging, and imaging), but if that's true than Orpheus must be double that?

SteveK27
@drftr
Believe it or not, yes I did test the First Times at 1910c haha

I left it out from review because my brain was fried by the time I arrived there and was beginning to have difficult time discerning cables apart. Basically, I do not feel qualified enough to leave a comprehensive opinion to do any justice to the First Times.

With that being said, it did sound very similar to the 1950s. Orpheus is definitely a step above First Times from my testing 😊

saldsald
I like it is written without mentioning the synergy with any earphones, showing the true understanding of the sounds of these cables.
Read more…