**Disclaimer - I was provided the Puresounds PS100-600 free of charge for the purpose of this review.** 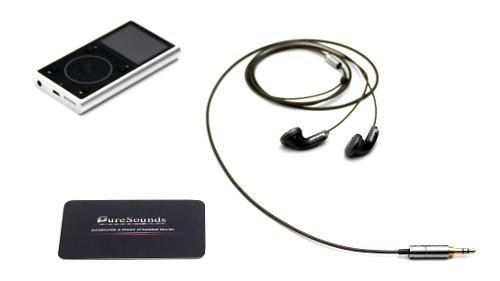 What you see is what you get. Very standard for this type of earbud. 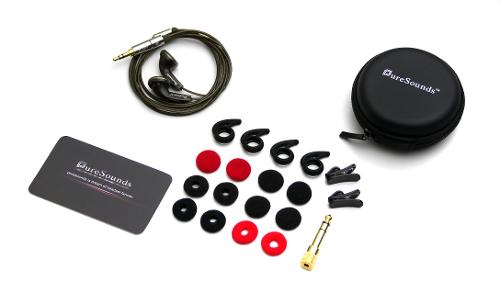 While the mold of most earbuds are based off of the MX500, Puresounds did do a nice job making theirs stand out. First, with the housings themselves, they are hazy clear and you can see their PS100 logo through the plastic. It is something that helps differentiate their earbuds from the crowd.

The cable is strong, looks great and terminates to the equally nice straight 3.5mm plug.

Overall, these are handsome looking earbuds with a great overall build. 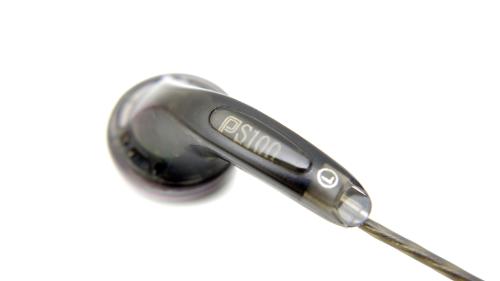 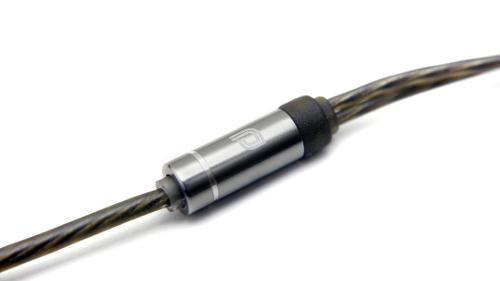 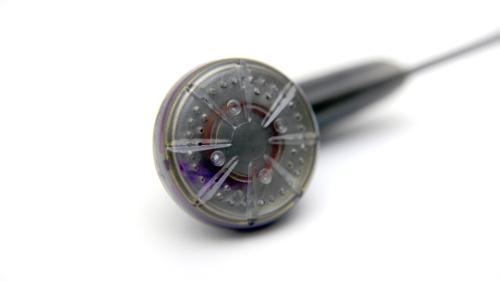 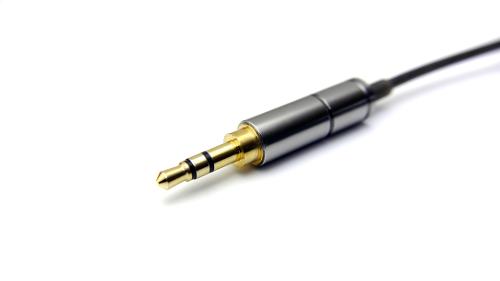 Lows - I quickly noticed that the PS100-600 had more of a bass response than the 500 before it. I enjoy good sub-bass and this did not leave me wanting for more. I was treated with quality, deep and controlled lows. There is a bit more warmth to this flagship earbud from Puresounds.

Mids - There is the smallest hint of a dip in the mids. Vocals are smooth and ever so distant. I found you need power to get the most of the mids, which will in return with reward the user with more detail and overall satisfaction.

Highs - Extension and speed in the highs are quite impressive. I did not find them to be anywhere near bright. There is a great deal of detail in the upper regions without any harshness.

Sound Signature - Not quite U shaped, but almost. Emphasis in the bass in highs without much loss in the mids.

Comparison - This was an easy one. One of my favorite earbuds, the TY Hi-Z HP650. The PS100-600 costs $20 more and is rated at 50 less Ω. Both share a common trait that they need to be driven hard to get the best quality out of their individual sound signatures. The differences between these two flagship earbuds is minimal. The TY Hi-Z HP650 has a smoothness across the full spectrum that gives it a ease that is not quite matched by the PS100-600. Though, those wanting a little more detail and clarity, the PS100-600 does grab more of an edge in that segment. It should come as no surprise as there is not a winner here either. Both have their own assets. I enjoy both earbuds for their overall sound quality.

**You can see more of my photography and follow me at:**

vapman
You highlighted pretty much all the great parts of it I failed to mention. Good stuff.
Pros: Top tier detailing, speed, balanced sound. Excellent presentation.
Cons: Very expensive for what it is. Does not like EQ. Needs an amp or powerful source.
Puresounds PSA​
Do not purchase Puresounds products from Aliexpress Seller Hot-Fi​

I was offered this item free of charge by PureSounds in exchange for a review. I have no connection to PureSounds aside from receiving this item. I paid for shipping costs to me and nothing else. Check the price paid.... zero. Free as free can be. 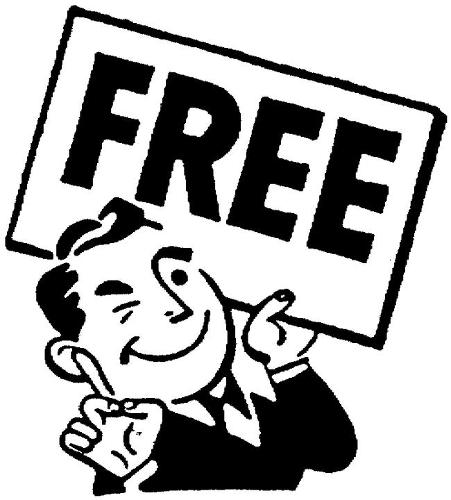 I have to be honest, I was not interested in PureSounds, a very new brand, and I was feeling pretty set with my earbud collection. One day, with no warning, PureSounds contacted me letting me know they wanted to send out a couple review samples. @BloodyPenguin and I had the honor of reviewing the PS100-600. They were also offering some PS100-500, but the PS100-600 was described as more of a studio tuned sound, so I went for that. High impedance earbud drivers, which are getting more popular but are more difficult to make, seem to be their specialty. Their new earbuds were promoted with extremely bold claims and equally bold pricing. With the flagship model PS100-600 commanding a price equal to that of the venerable VE Zen 2, I knew they must have had some kind of trick up their sleeve. A couple weeks later, I got to begin my experience with the PS100-600. 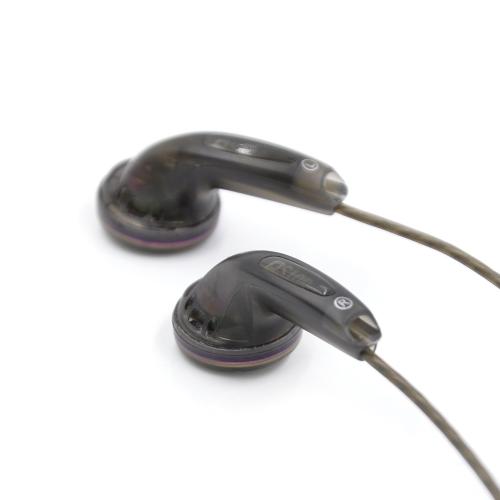 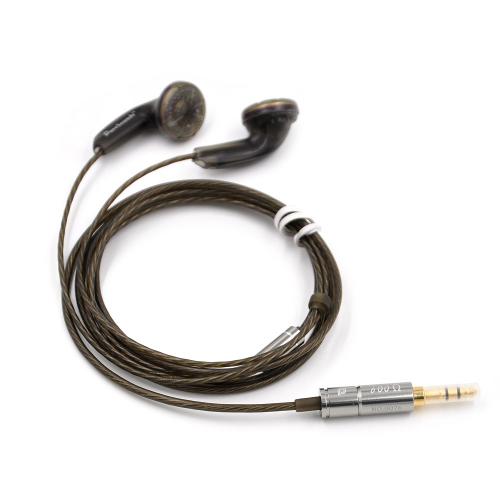 
They come in great packaging often unseen in the high end earbud world. As far as I know, VE only just started including a branded case with the Asura 2.0 and Zen 2.0. With the PureSounds, you get a great looking box with a nice presentation. Inside the box, you get some pads, silicone rings and a 1/4" adapter. I opted to use VE Monk+ foams on mine. The shells are extremely similar to the Blox design and the 3.5mm plug is engraved with "600 Ω" which looks very professional. 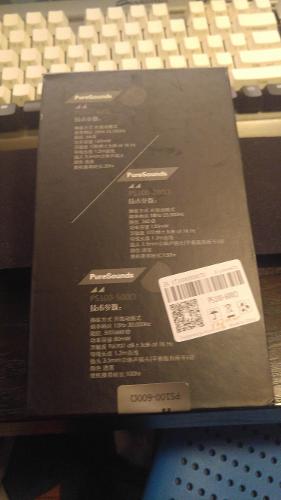 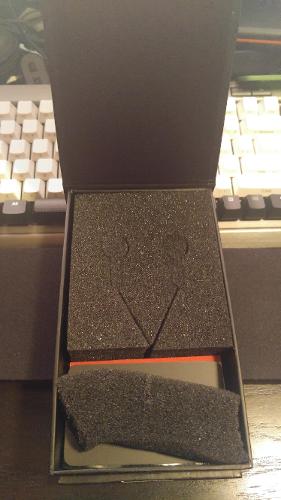 One of the first sources I tested them on was the Walnut. The synergy was spot on. They ate up all the power the Walnut was capable of putting out happily and, without any burn in, definitely gave my other buds a formidable challenge to go up against. The bass is strong and present, the overall presentation is very accurate and there is a good sense of spatial positioning. On top of that, it is excellent on detailing and very fast sounding to allow this. In fact, I think it might be the best earbud I have ever tried for detailing and speed that can compare with the Rose Mojito. But this does not have the cold, quasi-digital sound of the Mojito. The sound is very musical and immersive in an almost full-size headphone manner.

I was thrilled by the high quality of the sound I was hearing. But, I was not as impressed when I plugged it into my computer rig which has a very heavy EQ applied. The bass that used to be strong was now loose and distorted extremely easily. These buds are not meant for EQ. It really does not like much more than a couple dB in either direction of extremely basic three-band EQ.

The good thing is the non EQ'd sound is phenomenal. When I consider the asking price I have to truly ask myself if they are worth the asking price. The good news is I think they are up there with other flagships. While the Zen 2 is a great bud, it is also kind of a one trick pony. It's great at the mids only thing, but like this, it does not take to complex EQ very nicely at all. I am biased against the K's sound signature so I will never be able to provide an objective comparison of those. I prefer it vastly to the Mojito as it is not as tiring as the Mojito and has far better bass strength. 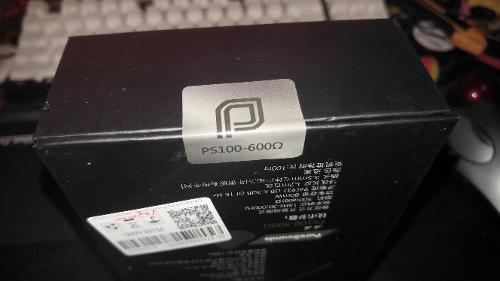 The problem is even when considering its superior speed and detailing, the lack of heavy EQ-ability puts me off a little. Also, even though the bass has great depth and presence, I can not say it's much over the non-EQ'd VE Asura 2.0. The Asura 2.0 has a thicker but slower sound. However, is this difference really worth double the price of the Asura 2.0? Honestly, the Asura 2.0 has a fuller seeming sound on account of its thicker midrange. It opts for a little more midrange aggression where the PS100-600 is a more balanced and neutral. PS100-600 definitely wins, not by a whole lot but definitely has a deeper bass response than the Asura 2.0. Nothing for bassheads to go wild for, since it can't take the EQ plenty of other buds can handle.

For those who know the Asura 2.0 sound, the choice is much easier. However I can't help but wonder how the PureSounds will sound in comparison to a black edition Asura 2.0. I think that could be a much closer competition. These are the two closest buds I have. A/Bing them, the PS100-600 is an easy winner on treble extension and speed. But it sounds overly emphasized on the upper mids and lacking in the lower mids as well as mid bass punch compared to Asura 2.0. It also sounds thinner than the Asura 2.0. Even though the PS100-600 has a clear upper hand in several technical ways, the Asura 2.0 has a warmer, fuller, and more musical sound.

The question ultimately becomes, is this truly a monitor-style bud? I am not prepared to say yes, even though they do a remarkable job of expressing the full frequency range of the music. In a way reminiscent of the  MX985, you get the music as it is and nothing else. I can't deny it was great to get for free. I also can't easily recommend anyone drop $140 on this right away. Anyone who spent $140 on a Zen 2 and was happy with it would probably be happy with this. I won't lie though, several times where I was enjoying the presentation of a track on my A/B listening after realizing its similarity to the Asura 2.0, I was enjoying the Asura more, despite its slower sound. Asura's specialty is vocals, and I find them to be comparable in quality there. 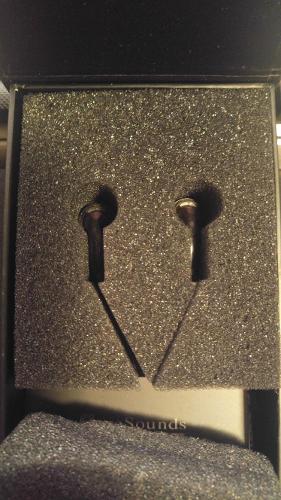 The PS100-600 versus the Asura 2.0 made me realize it is kind of studio tuned, but no more than anything else. The difference between Asura 2.0 and PS100-600 is kind of like KRK vs Yamaha or something. Both well suited for the job and minorly different from one another. It is still a great bud by itself. Whether it is worth the asking price is up to the ear of the beholder, truly. If I paid full price I might be tempted to lower the rating a bit but this is my honest score of how I feel it stacks up to the rest of the buds I own. Before I started the A/B with Asura 2.0, I had been comparing it to an old Sony I re-cabled and my re-cabled Qian39. So, it is not far and away in a world of its own IMO. I think it can hang with other flagships, but maybe that just kind of goes to show how close behind earbud mods and almost-flagships such as VE's Asura or even budget greats like the Qian25.

I am extremely grateful to PureSounds for tracking me down and offering me the review sample. I wanted to give it a better review but I would feel worse not sharing my completely honest opinion on it. Still, if detail is your thing and the Mojito was too digital or unnatural for you, this might be the ticket.  For those wondering if it is a bud that is right for you or not, I would easily rated it 4.5 stars if it was under $100. I think the price of $140 is a bit too much of a stretch. 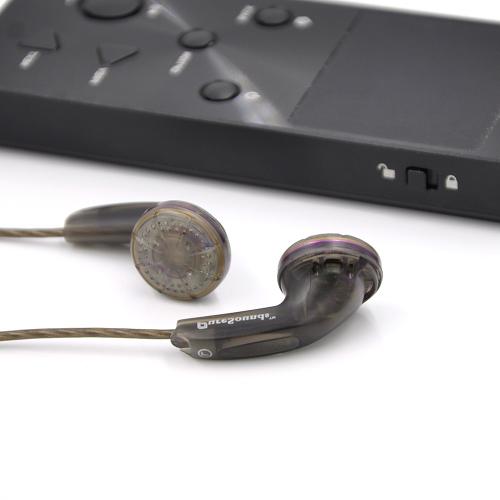 I have decided my previous rating was too harsh. It also should be noted that these are far superior to the asura 2.0 - no competition - when using directly which pro audio equipment which was designed to be used with vintage design headphones with very high impedances, These are fully clear and honest on far too powerful sources like these. Still, in direct comparison with the Cygnus, this bud has many faults.
Reactions: golov17
View previous replies…

vapman
I don't know, @Newfish-888 .
With any DAP or amp, asura or cygnus seems better.
PS600 sounds pretty nice by itself but I don't think it's better than Asura or Cygnus

Newfish-888
I think most important thing that you almost didn't mention are soundstage and direction-positioning,That's really awesome in daily applications!

vapman
Hi @Newfish-888  If I thought it was better than SHOZY CYGNUS at soundstage or directional positioning i would have said so. But it isn't. So i didn't.