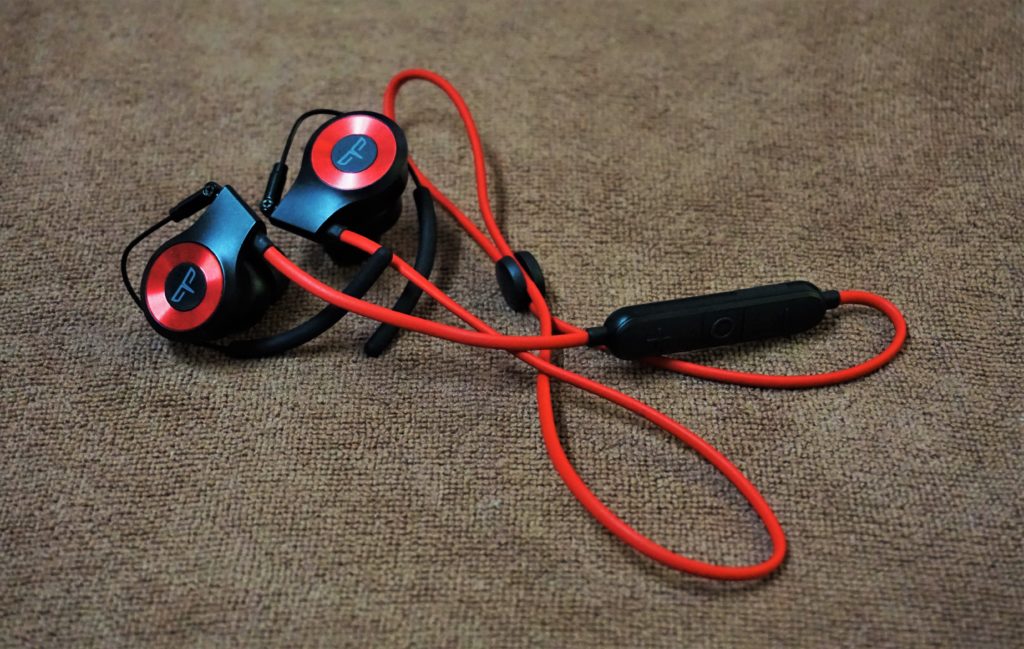 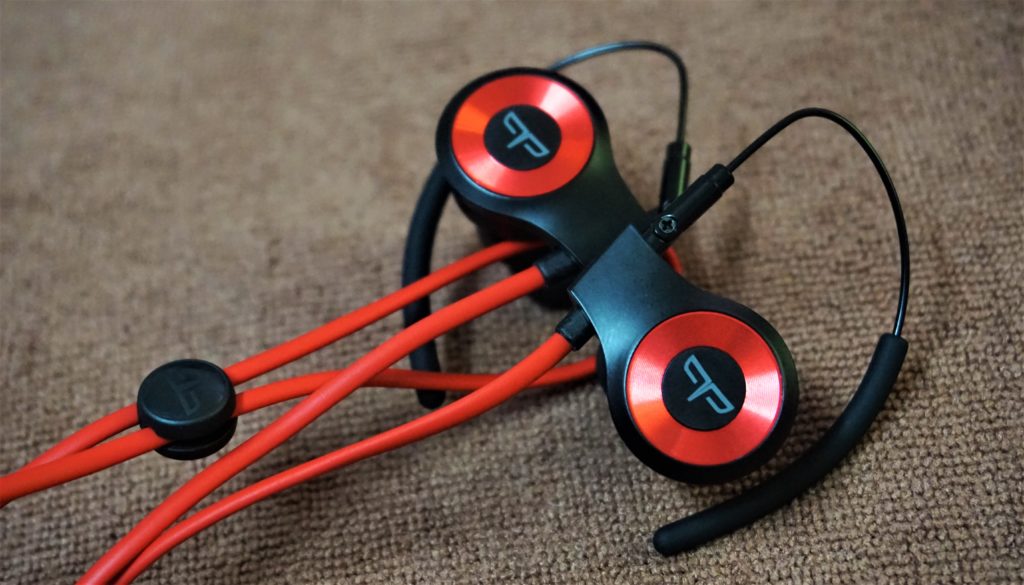 Origem is the new kid on the block in the ever growing wireless audiophile earphone market. Based off Hong Kong and established in 2014 by a group of passionate people immersed in different facets of the audiophile community with a mentality of “breaking the rules, leading the trend”.

Origem happened to reach out to me and offered if I can check out their current flagship wireless earphone, the Origem HS-3 with HDR Audio Algorithm. The review unit was sent in exchange for an honest review and no monetary factors are involved. Priced at $99, the Origem HS-3 offers you a wireless earphone that allows you to have a magical acoustic experience and to overcome obstacles by freeing yourselves, fancy, right? You can check out the Origem official website for more information about their history and the HS-3 and all their other products. For now, let’s dive deeper into that HS-3 rabbit hole.

NOTE: Origem offered a special price for Audio Realviews readers and you can get the HS-3 for a limited time price of $59.99 by using this code (ORIGEMFAN) valid from 2019.8.26 to 2019.9.26 upon purchase from the official Origem website. Finish reading the realview 1st as always before completing. 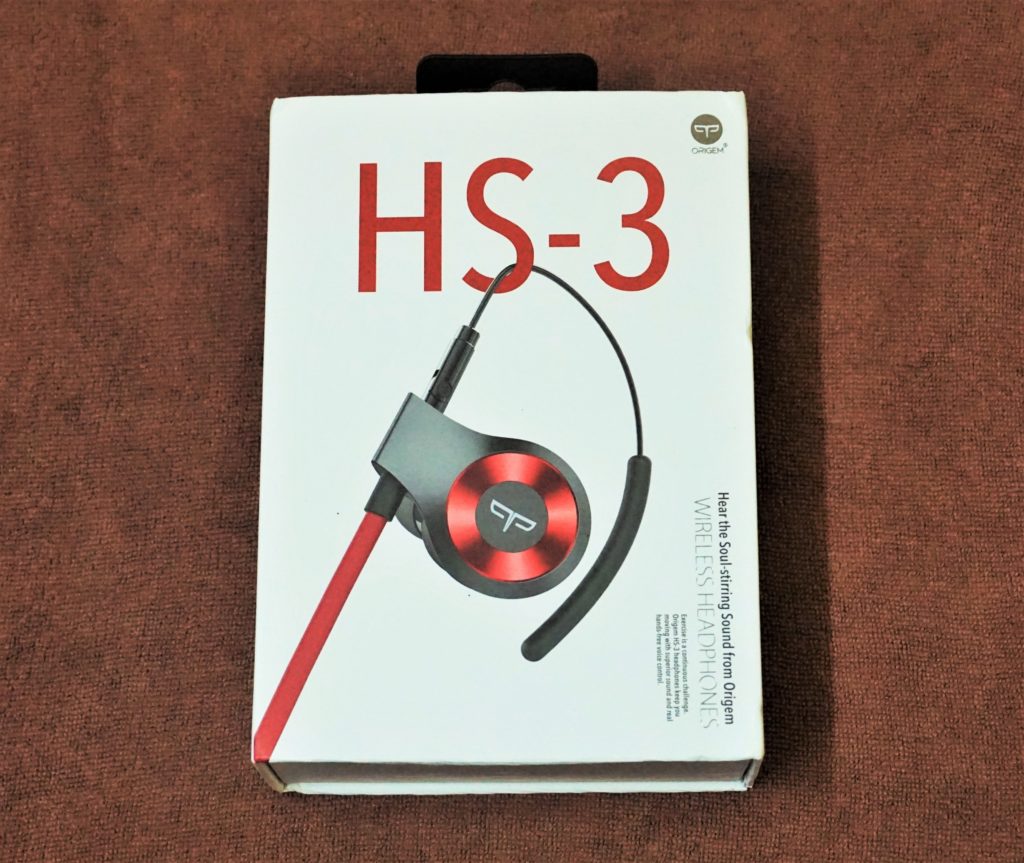 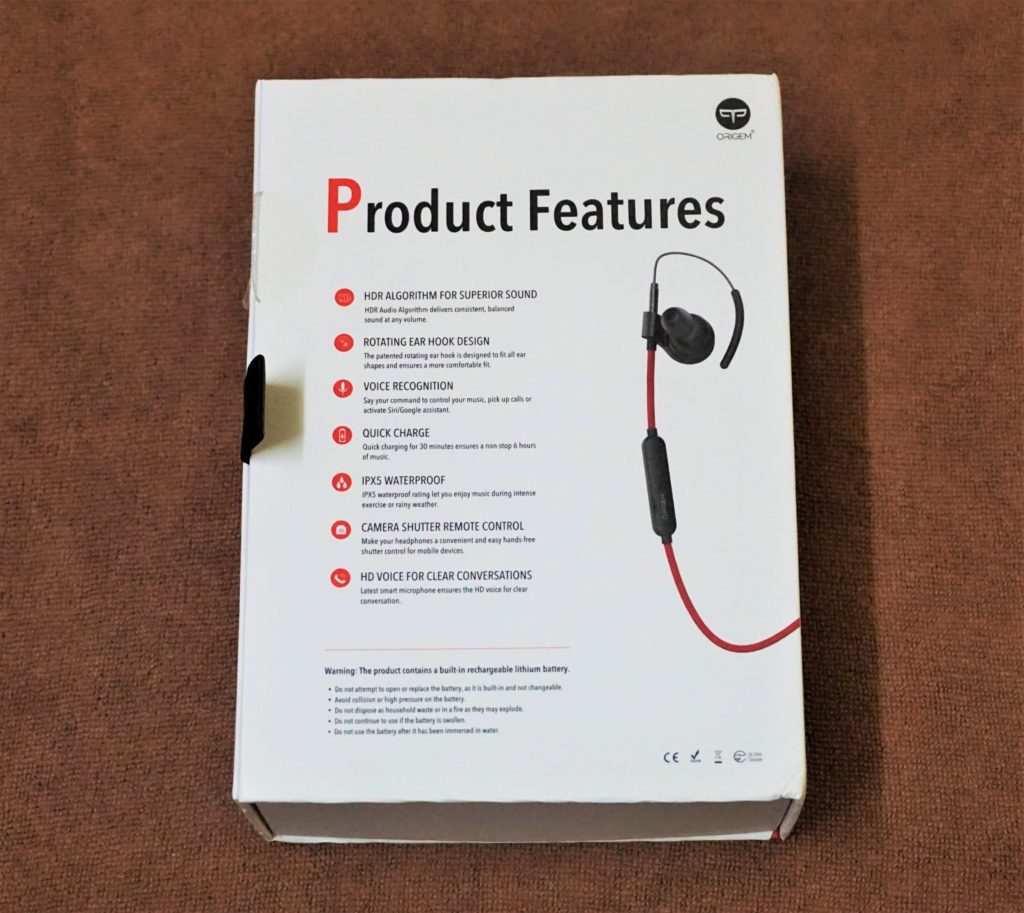 Origem HS-3 Spec sheet:
The Origem HS-3 comes in a white flap box with the HS-3 snapshot upfront and the product features on the back. Opening the flap shows a clear plastic cover with the HS-3 wireless earphone resting on a black foam cutout with a black synthetic oval leather case containing the accessory set, here’s the complete list: 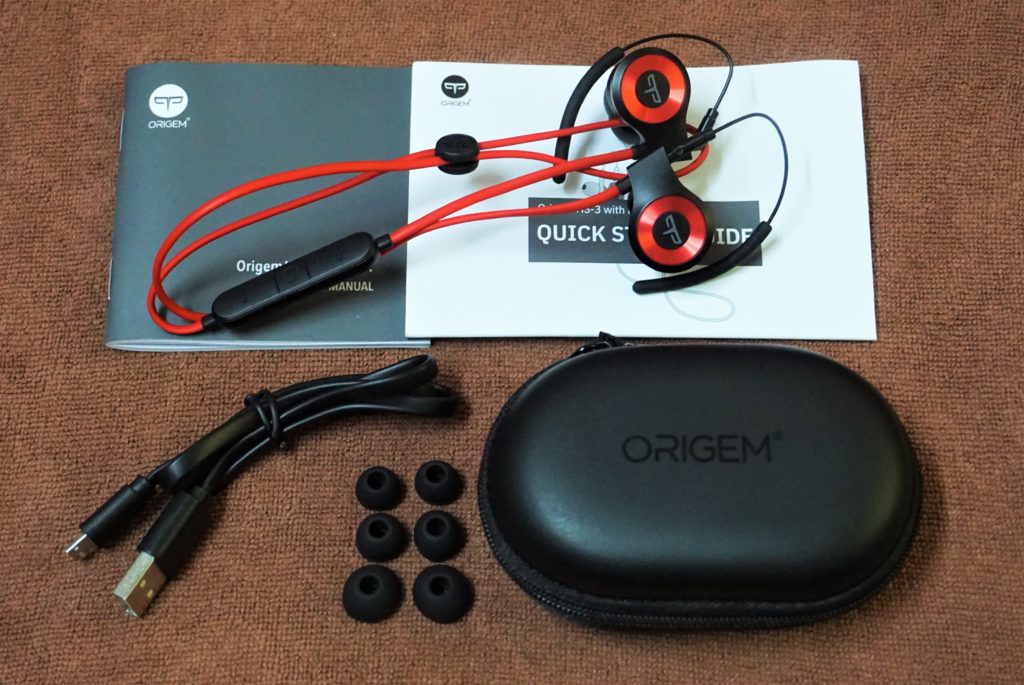 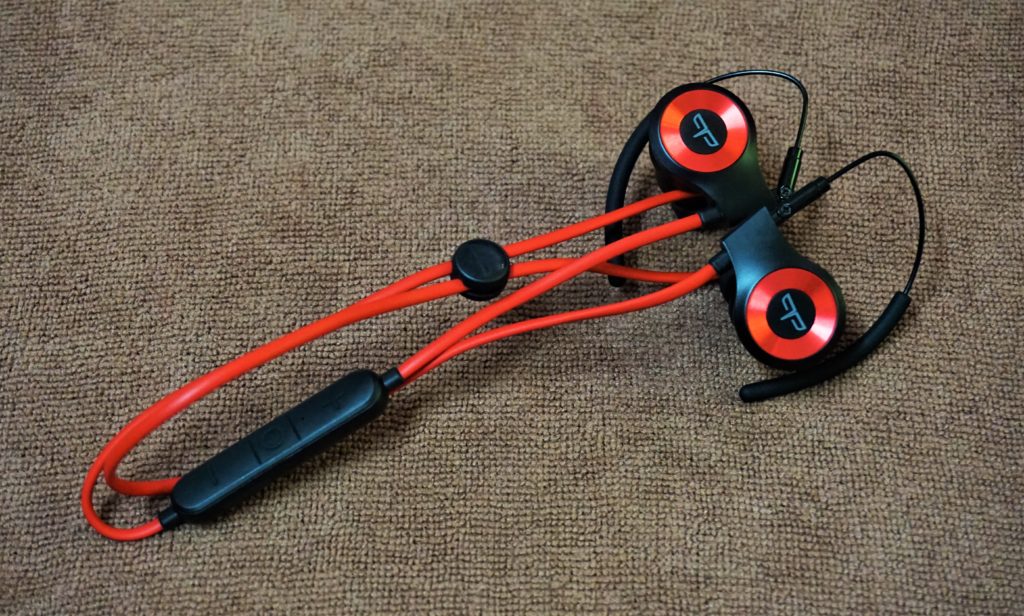 The Origem HS-3 comes in 3 color options, Silver, Red and Gunmetal. I was sent the Red one and it appears to be the signature colorway for the HS-3. The HS-3 is made mostly of hard plastic and smooth red rubber cable that connects both left and right ear pieces. The hard plastic used on the HS-3 employs nano-coating technology which is often used in car surface detailing to make it hydrophobic and water-repellant which did great when I used it during a routine jogging and workout session. The +/- 70 degree rotating ear hook on the HS-3 is made of metal with a rubberized end which gets into contact with the ear lobe the most, it was great in securing the HS-3 in place and wasn’t uncomfortable to use. The mic controls are on the right side of the cable which comes in a 3-button configuration (-, + and a multi-function button) and uses the Knowles IA610 SmartMic system inside allowing for a multitude of controls with great accuracy and precision while still being highly power-efficient despite being "always on". The buttons are easy to identify and use even when the HS-3 is worn. The cord management clip also made wearing HS-3 much easier and secure. Here’s a list of what the 3-button configuration supports: 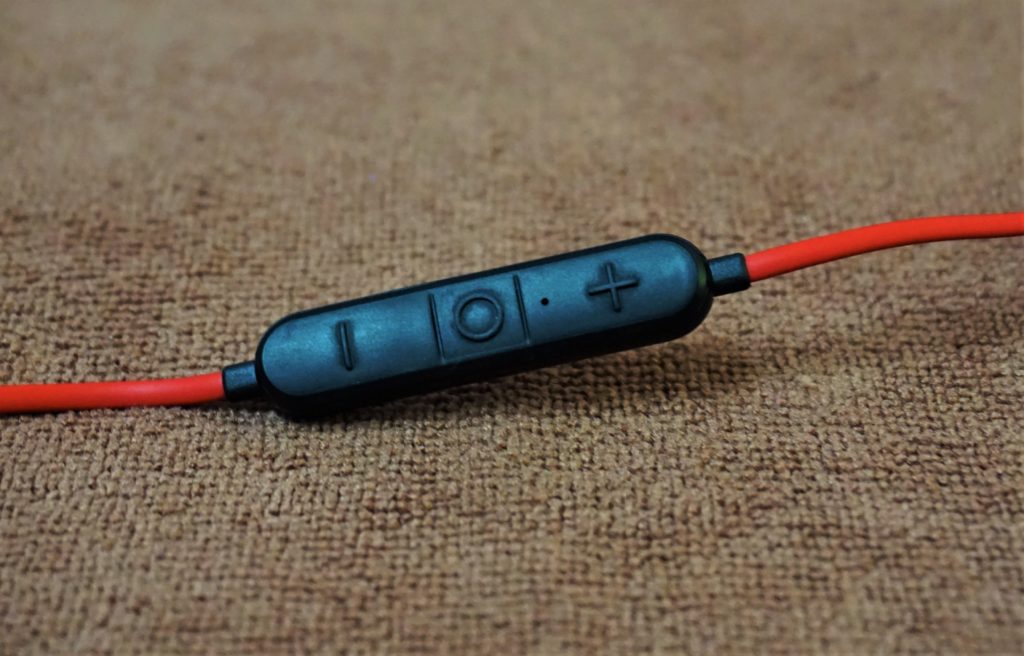 Multi-function Button (MFB)
Minus Button (-)
Plus Button (+)
As if Mic controls aren’t enough, Origem also opted to add Voice commands on the HS-3 to emanate that leading the trend mentality in the form of a very smooth sounding female voice assistant for those voice prompts, commands and notifications. The HS-3 Voice command function can be activated with a 2x press on the MFB or dictating right away the collection of commands such as:
The voice command function worked great when used on a fairly silent office room setting and even on a busier running track or just your regular outdoor setting, each voice command when confirmed working is indicated by a single beep on the HS-3. An incoming call is indicated by an “Incoming call” prompt by the HS-3 female voice assistant. Other voice prompt and notifications are “Power On”, “Power Off”, “Paired”, “Disconnected” and “Battery Low”. A single indicator LED light is also available on the 3-button enclosure as well as a mic and the micro USB port for charging which is covered by a permanently attached rubber flap. The indicator LED light has a variety of connotations which are as follows: 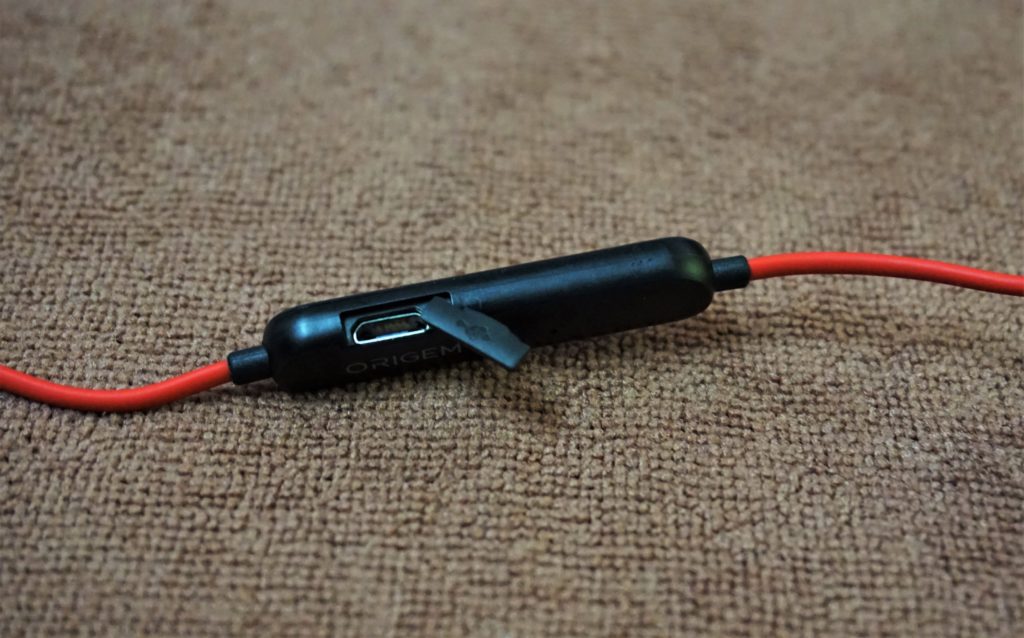 The overall build quality of the Origem HS-3 is solid and has little to complain about when taking into account that it isn’t a true wireless earphone. I would have preferred a smaller footprint on the earphone itself as the somewhat large face-plate made finding a great fit hard and take some time. It’s good though that despite the rather large footprint of the HS-3’s main ear piece, it still stays in place when worn off and has never fell off my ear when in use, even when running at a quicker pace, the cable doesn’t bounce as much as I expected it to. 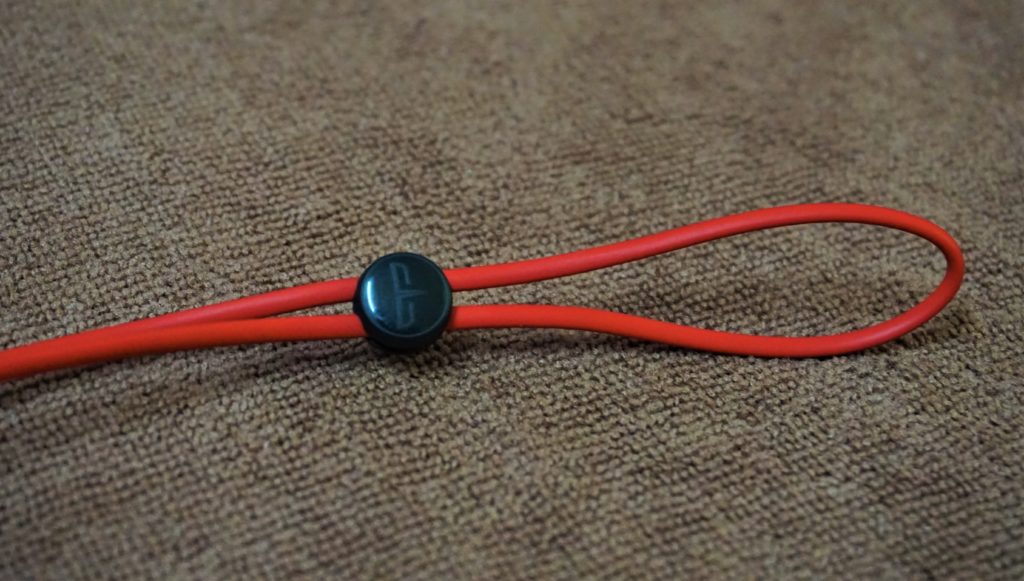 The HS-3 uses the premium Qualcomm CSR8670 BT Audio SoC for its wireless capabilities and it does pack and deliver a lot of connectivity option such as being able to connect to 2 distinct devices to the HS-3 and can be toggled when active. Pairing the HS-3 was easy and displays “Origem Crazy Mix” on the paired device. I had never encountered any issues with connecting and pairing the HS-3 when I used it daily to pair with my mobile phone, laptop and DAP. The HS-3 uses a 15-step volume control system independent from the source which was great when adjusting an already locked volume source.

Connection stability on the HS-3 was great. I didn’t experience any unwanted disconnections or cutouts all throughout the time I have been using it. Its BT connection latency was also great and in sync when I used in watching movies, live streams, taking in calls and especially listening to music. There was no feeling of being off beat and out of sync at all. Voice quality over the mic when in calls were also clear enough based on friends to whom I called using the HS-3. The 10-meter BT range that was stated in spec sheet was met well too, I even reached around 13-14 meters before a notification of unstable connection popped up. Concrete walls won’t care about that 10-meter range as usual. 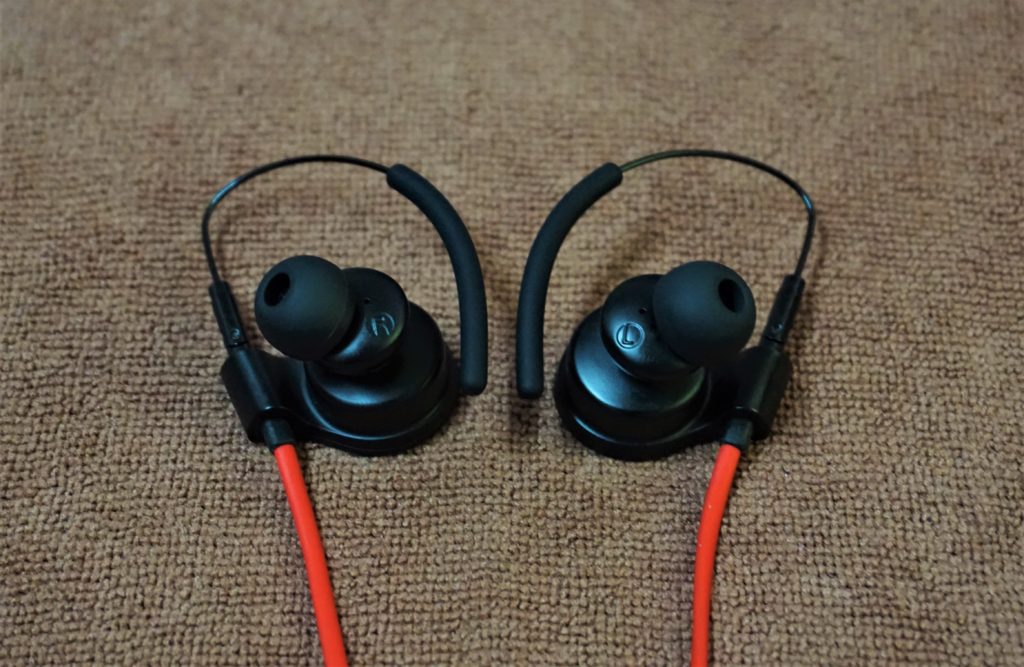 The Origem HS-3 promises to last for 6 hours of wireless audio connectivity and music playback and it is accurate, my average continuous usage time for the HS-3 clocked in at 6 hours and 53 minutes with source swapping at around 4-6 times and at 6-7 volume steps. I wasn’t able to extend the HS-3 at more than 7 hours continuously, it’s possible but at a lower volume obviously. Charging time for the HS-3 was a joy, it’s able to charge completely in only 40 minutes which presents a 10 minute playback for each minute of charging time that fits my lifestyle, it might not be the best for some if they plan to use the HS-3 for a whole day.

The Origem HS-3 utilizes an in-house tech called HDR Audio Algorithm to deliver the perfect audio experience, or so they say. I tested the HS-3’s sound quality mainly using the Samsung S10 5G Snapdragon variant with a collection of 16/44 FLAC files as well as DSD64 files. The HS-3 gave an overall warm sound signature on a soft-sounding background.

Lows​
The HS-3’s sub bass performance was thick with a rather soft impact and slow decay. It’s easy to notice a lingering feel on the sub bass drops. The mid-bass wasn’t bloated which was great, it was instead delivered a weighty feel that diffuses slowly. The bass of the HS-3 isn’t the most powerful you’d find in earphones but when taking into account that it is a wireless device, its ability to handle the lows with great control and resolution allowed the HS-3 not to sound congested but instead sound full and robust.


Midrange​
The midrange of the HS-3 is its strongest performer in the sound aspect. It is able to give a smooth and detailed vocal performance. The lower midrange didn’t fall on the usual wireless dilemma of being laid-back and distant-sounding, it is able to full and incorporate with the overall sweet midrange experience. There is slight upper midrange boost but still well controlled and doesn’t sound steely or nasal. Don’t mistake the slight upper midrange bursts with sibilance as the HS-3 is far from being one. It’s a great companion for getting into your exercising mood as well as binging on your different movies and series, check out Netflix’s Lucifer by the way while you’re at it.


Highs​
If I’m to be critical with the HS-3’s sound, I would most likely pick the high frequency performance to be the one that I wish was handled better. While the HS-3 doesn’t sound piercing, I would have loved if it is sharper and crispier in its delivery as it sometimes sound scattered when the treble hits come to play. A mellow and clean treble performance makes the HS-3 a single thumbs up high frequency performer if not two. And lastly, would you want a pronounced treble on your workout earphones? You can answer that yourself while I finish my track routine with the HS-3. 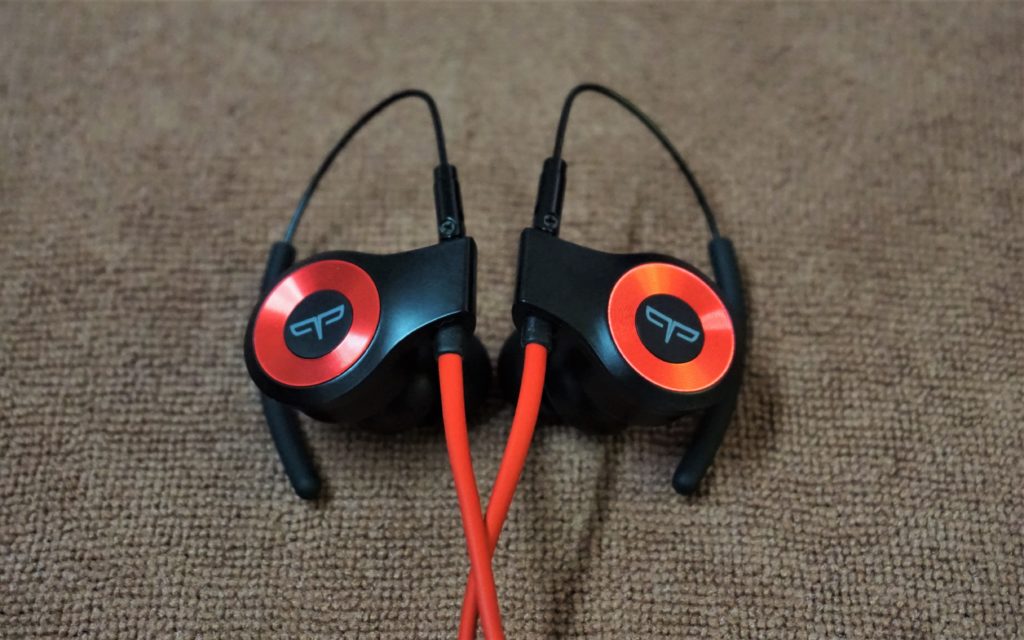 If you jumped straight here for the Origem’s HS-3 overall performance then let me tell you to snap a photo first using the HS-3 as it does just that. Origem naughtily added a function where you can use the HS-3 as a remote for your mobile device’s camera by simply opening the camera app on your mobile phone and pressing the + button while there is no audio playback. It just broke the rule if there is ever a rule that wireless earphones can’t be a camera remote. For $99, the Origem HS-3 packs a lot of features that are both easy to use and indeed functional in real-life situations that you encounter on a daily basis. The HDR Audio Algorithm makes the HS-3 to sound great for a wireless earphone without the occasional BT connection drops that you are dreading.
Reactions: Sylvia898

ZolaIII
Do they at least have a APTx HD suport? They smell like using Foster driver and other parts, which would needles to say be great if true. Unfortunately no LDAC codec.