Opamp rolling with the Burson Fun

Opamp rolling with the Burson Fun

As a follow-up to my review of the Burson Fun, here is a comparison of various discrete opamps to replace the stock IC opamps with. The Burson Fun houses two single opamps in DIP8 sockets.

From top to bottom:
The review Fun came with the stock NJR 5534D opamps. Later, Burson provided two V6 Classic Single for this review. The other discrete opamps I purchased myself.

The discrete opamps came with sockets to protect the pins during transport. 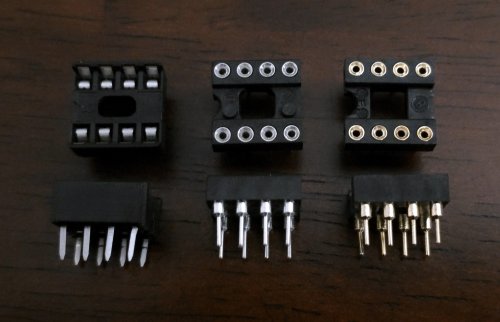 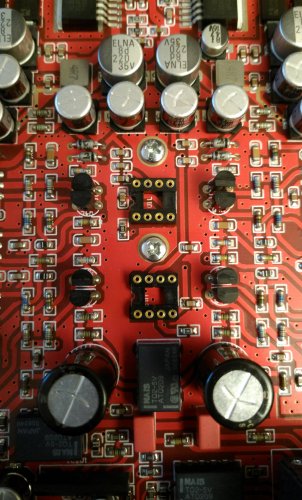 I used the review unit and my own to install two different pairs of opamps at the same time. The volume was level matched after changing opamps, though this turned out to be unnecessary.

I mostly used FLAC files purchased on HDTracks.com, and Spotify Premium. FLAC files were played with foobar2000 via the WASAPI (event) output. 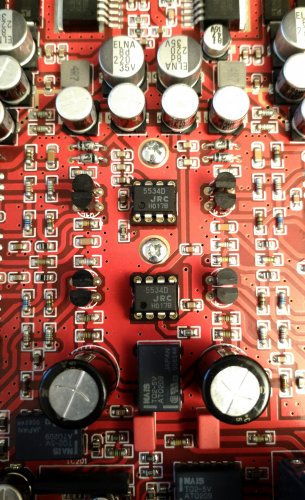 My Burson Fun review already represents my lack of love for this configuration, but I had to establish a base line, so I gave them another listen.

Alexis Cole - Whippoorwill
Sound stage a bit wider than head, but not deeper 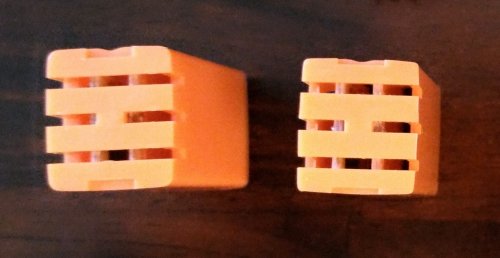 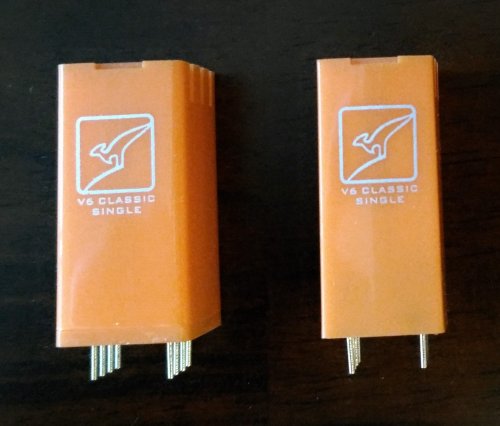 The two V6 Classic Single were shipped many weeks apart, which might explain the two different designs. The internals are also slightly different, which I discovered when the plastic housing came undone while being uninstalled:

I hope that the differences do not affect the sound.

Let's install these puppies and do some listening. 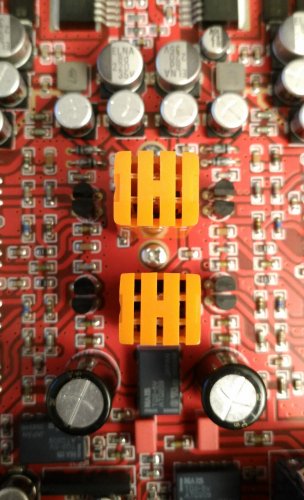 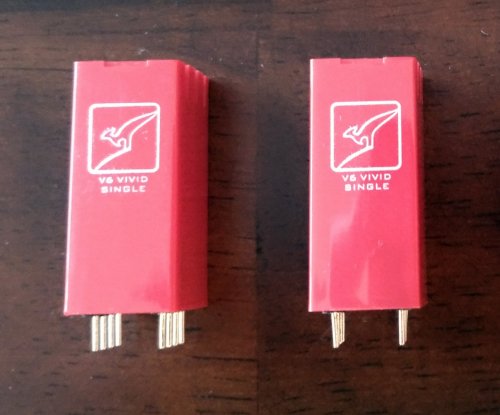 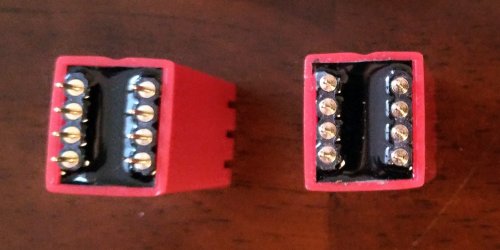 As luck would have it, one of the opamps came apart when removing it from the amp:

Installed in the Burson Fun: 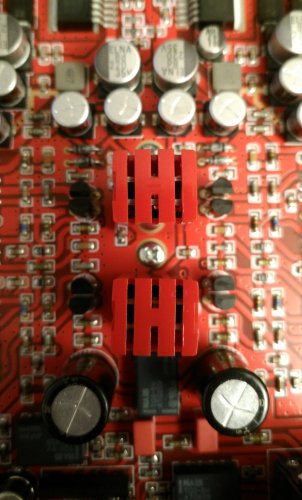 Rainsford - Up in the Air
More slam from the Vivids, slightly more bass impact 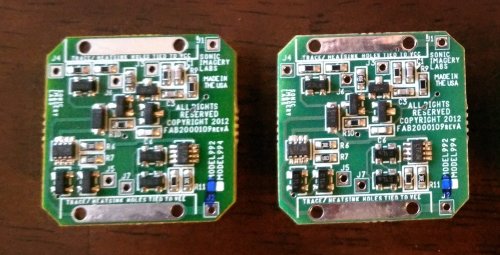 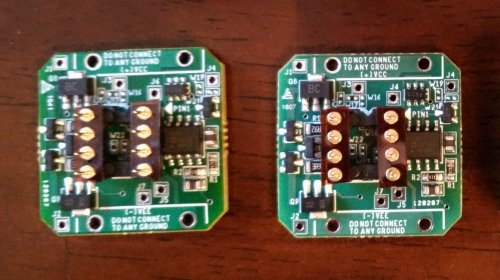 Look at those! By far the widest of the bunch. That makes them tricky to install, but they are also tricky to remove because the pins are not soldered in place. Rather, the pins are long, with two discs close to the center, and a thin plastic sheet pushed into the gap between the pins. This finicky construction can easily come apart and is tricky to reassemble. 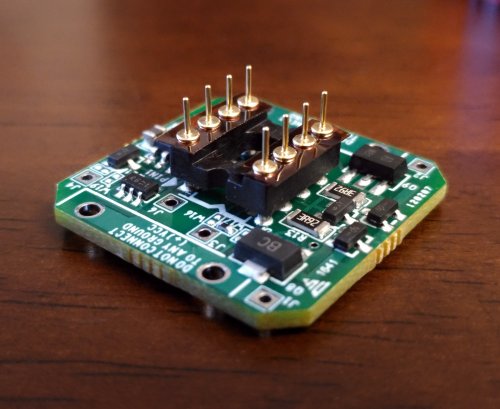 These are too wide to be installed next to each other, but using a socket as a raiser allows them to overlap: 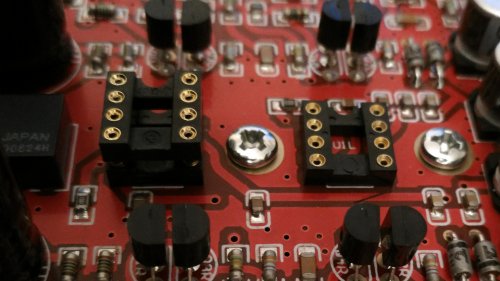 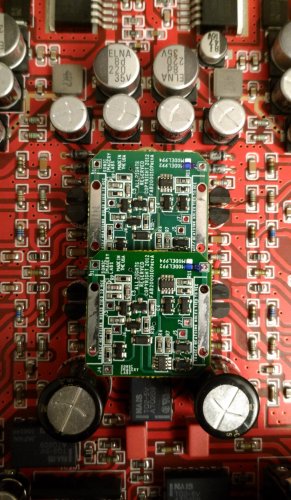 Nils Lofgren - Keith Don't Go
With the Vivids, this is just an interesting test tracks, showing off their technical superiority over the Classics.
But swap them for the 992s and what you'll get is just... music! Instead of just noticing individual aspects of the sound, the 992s get real and deliver a compelling experience that allows me to stop thinking and analyzing. Instead, I'm just listening and enjoying myself. Delightfully organic.

Cécile McLorin Salvant - If A Girl Isn’t Pretty
The Vivids add a slight glare to the piano and the vocals that is hard to notice except in direct comparison. The result is a bit of tension, while the 992s allow me to relax. Instruments have a natural decay instead of somewhat awkwardly fizzling out like with the Vivids.

Deftones - Prince
Grating cymbals with the Vivids, harsh vocals, somewhat mushy bass line, drums blend with the rest a bit.
With the 992s, a hint of harshness remains, but it's much more enjoyable. The instruments are easier to tell apart and more detailed. This noisy song is a challenge, but the 992s do very well here, with little room for improvement.

Vindata, Skrillex, NSTASIA - Favor
Controlled, impactful bass with the 992s without impacting the vocals. There is even a subtle melody in the background that I haven't picked up on before.
With the Vivids, the bass is less controlled and impactful than with the 992, and the squeaky high melody has some added harshness, obscuring subtleties that are discernable with the 992s.

Duke Ellington - Three J's Blues
Just groovy with the 992s. Everything gels together. Very rich, engaging and enjoyable. Don't want to stop listening.
With the Vivids, there's a slight, unpleasant glare in the highs that just causes me to "squint my ears" a little bit, if you will. With the 992s, my ears are wide open.

Just a bit wider and taller, these discrete opamps are almost as unproblematic as IC opamps. 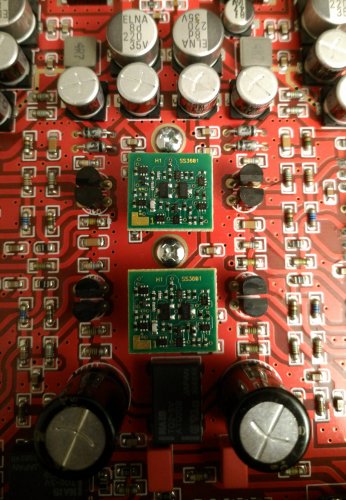 Black String - Seven Beats
Visceral, lively, believable. Where the 992s delighted by mastering decay, the SS3601 conquers attack. Every delicate drum stroke is reproduced with the appropriate immediacy, making this the most engaging sounding opamp of the lot.

Cécile McLorin Salvant - If A Girl Isn’t Pretty
Lots of lingering notes here - can the SS3601 keep up with the 992 in the decay department? Yes - the 992 is a bit more laid back due to the softer attacks, helping with harshness in the recording, but the SS3601 seems more honest and revealing.

Sarah Jarosz - Green Lights
Definitely a recording prone to glare, this is a useful test track. The 992 masks some of it, while the SS3601 hits hard, in a way that sounds honest to the recording rather than distorted.

Deftones - Rocket Skates
More raw and visceral with the SS3601, including the meatier bass, but I could see some prefer the softer attacks of the 992.

Lindsay Lou & the Flatbellys - Smooth & Groovy
Very enjoyable with the 992s, even more visceral with the SS3601s

Tomasz Stanko Quartet - Soul of Things, Var. 1
Enjoyable with either, the faster attacks of the SS3601 make a huge difference here, adding to the sensation of live music being played.

All tested discrete opamps are a marked improvement over the stock IC opamps and a worthwhile investment.

In the Fun, I prefer the V6 Vivid over the Classic in every way. The Vivid has markedly better imaging and reproduces transients more accurately instead of softening them.

However, both of Burson's V6 opamps are clearly topped by the Sonic Imagery Labs 992Enh-Ticha and the SparkoS Labs SS3601. The 992Enh-Ticha is very musical and its slightly softer attacks make it more forgiving than the incisive and dynamic SS3601.

I decided to leave the SS3601 in since they put the biggest smile on my face, but I can see myself using the 992Enh-Ticha instead every now and then. I see no reason to go for the Burson V6 opamps, even taking the price into account.