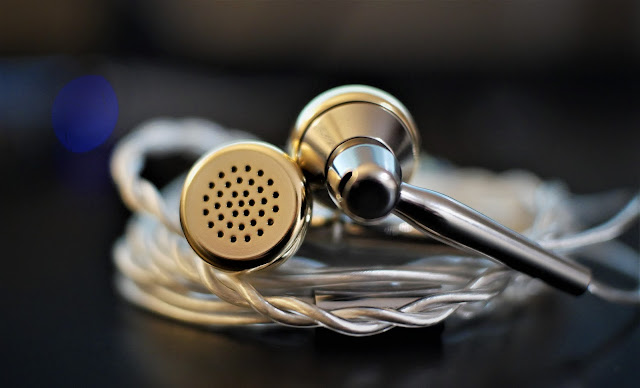 If you’ve read through my reviews, you’ll find that I am a big fan of Moondrop and their lineup of in-ear monitors. They have a tuning goal in mind with each IEM and they more or less hit it on every release. When it comes to earbuds, however, I have only listened to the ultra budget Shiro Yuki, and now this, the flagship Chaconne from Moondrop.

I have always been keen on ear buds due to their easy fit, comfort, and open sound. They aren’t the best for isolation, and ultra-bass response, and for the most part, they haven’t been the best for clarity either. But, in the past few years, the ear bud market has risen again, and I’ve written reviews and impressions on several in the past on this blog and other corners of the internet. Yes, ear buds have their limitations, but they have their own use case too.

I picked up the Moondrop Chaconne at regular price on the newly formed online retailer, Apos Audio. Shipping was pretty quick once the Chinese New Year holiday period was over – I’ve had these for a few months now and use them at least a few times a week. Unlike most other earbuds I have owned, these have been kept in my stable and are in my everyday carry.

Why’s that? Well they are expensive. They retail for $319, which puts them in the utmost tier of ear buds. In the In-Ear and Over-Ear headphone market, this comfortably resides in mid-tier levels, but in the world of ear buds, this is 10X more than mid-fi ear buds.

The Chaconne is a single dynamic driver ear bud that’s housed in a titanium shell and brass driver grill. The shell is absolutely stunning and many times more impressive than any other ear bud I’ve ever seen. The cable is a silver colored, oxygen-free copper that is nicely braided and feels generally well. The connectors and splitter are also metal with a chrome finish.

Normally in this section, I post measurements with the gear I am testing but for ear buds, I just don’t find it very reliable using my measurement rigs, so I am just going to do this the old fashion way – with words.

I have been playing with the Moondrop Chaconne through a variety of sources over the past couple months – this includes mainly the iBasso DX160 and Hiby R5 music players, as well as my Samsung S10e and a variety of desktop amplifiers. The Chaconne does require me to up the volume dial a bit more than my other IEMs however it is using 3.5mm single ended and not using the more powerful 4.4mm output of my DAPs.

The Chaconne is a warm ear bud that’s not unlike other ear buds around, however where I feel it differs is that the earbud actually does have some audible bass that extends deeper and treble that extends higher than any other earbud I’ve tried. This combination gives the Chaconne a more well-rounded sound than most ear buds, however, coming from IEMs or Headphones, one may be disappointed if they don’t understand the limitations.

The lower mid-range is warm, though not overly rich. It does provide some focus towards it as does most earbuds though. The upper mid-range sounds recessed. That’s actually one part of the tuning I was a little surprised at, given how Moondrop’s IEMs and other earbud I’ve tried is elevated in this region. This recession of the upper mid-range makes the Chaconne’s tonality a warmer and slightly dark sound, but it’s lifted treble and just general openness provides a good soundstage and airy nature that counters the warmer, darker overtones.

Where I find the Moondrop Chaconne is the level of exacting detail that comes out when I hear songs on it when compared to other ear buds I’ve tried in the past. It’s the biggest distinguishing factor, outside of the actual low-end presence. 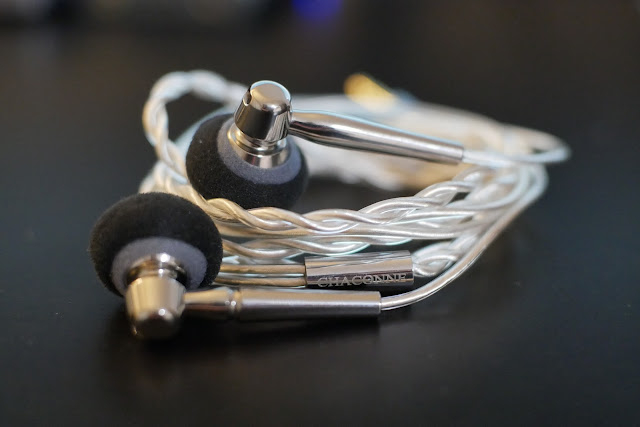 In Orville Peck’s Winds Change, the acoustic guitars have a lot of plucky tinge to them that go in and out and pan in and out with a greater sense of space than when I listen to in-ears. The deeper voice of Peck really goes well with the general tonality of the Chaconne, which gives him the weightier and deeper vocal notes that makes his voice really command the songs on his debut album.

Air’s All I Need is a classic in my book. With the Moondop Chaconne, Beth Hersch’s voice sounds slightly veiled however still is placed in the forefront of the stage and sounds quite natural, albeit a little less bright but just as breathy as some other IEMs I’ve used. The background electronic soundscape has wonderful imaging and the bass line drives the song just as I would have expected, which is a nice surprise since again, these are ear buds.

On the beautifully haunting cover, Hallelujah, by the late Jeff Buckley, the Chaconne sings through the opening of the song with the Buckley’s deep sigh, followed by his slow building intricate guitar work that sets the scene for his incredible voice. And that voice sounds really spacious, detailed and crisp on the Chaconne. There’s a slight shoutiness that can be heard at times when the guitar is emphasized, but this isn’t unique to the Moondrop Chaconne and I’ve heard it on many other headphones as well. The warmer tone really works great with this song, and wide soundstage really makes the song sound even more incredible than on some of my other ear phones.
Finally, the jazz-fused Roots song, What They Do, is another song that I found really sounds nice on the Chaconne. The deep bassline and steady percussions lay a nice rhythm that sounds warm, rich, and laid back, the way it should sound, at least to me. Black Thought’s vocals sound clean and precise as usual, and I don’t find many flaws listening to the Chaconne.

I didn’t know what to expect when I bought the Moondrop Chaconne a few months ago. It was an earbud that fascinated me for months after it came out. For one, I really liked Moondrop gear, and secondly, I’ve been wanting a top of the line ear bud ever since I sold my Rose Masya away. The impulsiveness in me finally won and I’ve been surprisingly really happy with the purchase.

I had some doubt and even initial regret, but after finding the proper fit (with the help of silicone ear bud rings and foam), I’ve found a great fit combination that excels in sound quality that seems to suit much of the music I prefer. Yes, it’s got some limitations in raw bass performance and quantity, as well as some limitations in other areas, but being and ear bud and being priced at around $319, it’s actually a very nice set and one I am enjoying more and more as I listen to it.

Obviously this isn’t a recommendation for everyone, but for those interested in seeing what this niche area of ear buds has to offer, the Chaconne is one of the best.
Reactions: innocentblood, Cat Music, Gabriel Sontag and 8 others
View previous replies…

jogawag
Maybe the silicone earbuds rings he uses with Chaconne are "SENNHEISER 563605".

innocentblood
thank you very much @jogawag and @antdroid. I managed to get a better fit by replacing the HieGi donut foam with the original foam that came with the Liebesleid. I intend to use these same original foams with the Chaconne as well. I am happy with the sound so far so I will continue with this solution