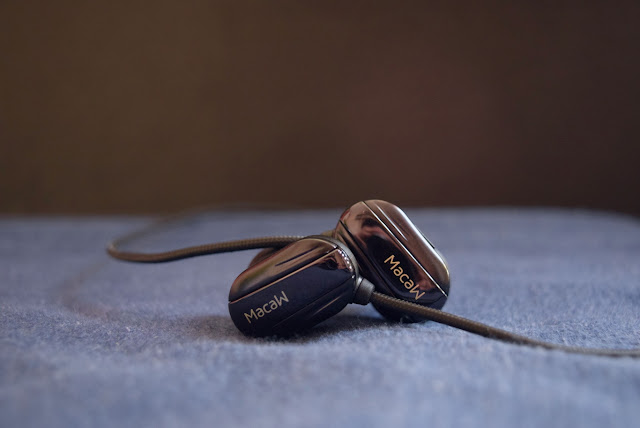 TL;DR: The Macaw T60 is not a particularly amazing IEM. That is, until you factor in the low, low price of $20, at which point it becomes one of the best bargain Bluetooth IEMs on the market.

In many markets, there is no denying the significant presence of Chinese brands that compose the bulk of its products – and the audio industry is no exception. However, what I feel is unique about the audio industry is the rather broad acceptance of these brands in consumer and critic circles. Brands like HiFiMAN and FiiO have maintained a solid following as full-blown manufacturers, while sellers such as Penon Audio and Gearbest built the bridges between the small-time Chinese manufacturers and the rest of the world.

That's why over the next month and a half, I will be releasing four back-to-back reviews of Chinese-brand IEMs, starting with the Macaw T60, a Bluetooth IEM. As far as I can tell, Macaw has a decently-sized product line being sold by various online sellers, and a particular earphone, the GT100s, has had a decent reception on the forums. Now, with that impression aside, I guess we can say the T60 will be pretty good, right? Let's get to it.

(Disclaimer: the product in review was received free of charge from George at Gearbest.com (whom I would also like to thank) in exchange for my honest opinion. Please take the following with a grain of salt and always try before you buy.) 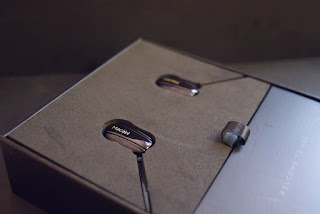 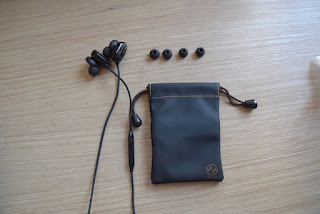 The T60 arrives in very neat packaging, encasing the earphones in a foam cutout and the rest of its paraphernalia in a smaller box. It's simple, it's subtle, and it's honestly quite impressive for an earphone priced at just $20 dollars. Inside the accessories box we get a charging cable, a couple extra pairs of eartips, an instruction manual, and a soft earphone pouch. For what it's worth, it's quite good.

The T60 employs an around-the-neck cable assembly as is typical of Bluetooth IEMs, with the batteries and Bluetooth circuitry housed in either earpiece. The drivers, however, are housed in circular pods extending from the main earpiece housing in an earbud-like fashion, which thereby makes it the key point of its fit. Its plastic housings are lightweight and quite solid, and that paired with their fabric-reinforced cable makes the T60's assembly quite good for the price. 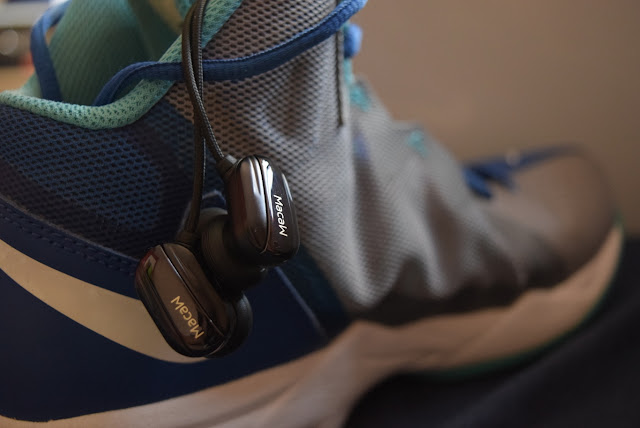 Despite seeming like earbuds, the presence of eartips in the design means the T60 is designed to be an IEM; as such their isolation is a bit lacklustre, although listeners who prioritise situational awareness (such as cyclists where earphone isolation heavily affects injury risk) will appreciate this. Speaking of cycling, I found the T60 to be suitable physical activity, although the housings for the Bluetooth circuitry and the battery on each earpiece do weight down a bit on your ears, creating a bit of a pressure point there – for that I would've liked an ear hook of sorts, but otherwise I have no complaints.

With its simple voice prompts and controls, pairing was no issue on the devices I tested the T60 with. Despite their rather short on-paper and in-practice range of 10 metres, the T60 maintains a very consistent signal. They also last about as long as the advertised battery life, and at some occasions I was able to somehow squeeze about another hour from it. Their charging time of under 2 hours is also quite reasonable, and considering their battery life, they're quite good. Just bring one of those "power bank" things with you and you're practically set for the day.

But a key point that makes the T60's Bluetooth circuit so, so, so good, is the fact that you can stick your phone or iPod in your pocket and the T60 will be able to play your music with very few cutouts. Knowing more expensive Bluetooth sets perform less favourably in the same conditions, the fact that the T60 does so well makes it that much more appealing.

The source equipment being used for this review is an iPad Air 2. The test tracks I use for my assessments are of various genres ranging from classical to electronica, with the audio file formats varying from 256 Kbps AAC to 24-bit FLAC. Some of these test tracks will be linked to in the sound assessments as a reference for certain points.

Prior to the assessment I listened to the Macaw T60 for at least 30 hours to get more accustomed to the sound – otherwise known as "brain burn-in" – to dispel any "changes" to the sound after a certain amount of time. So far no changes were noted. 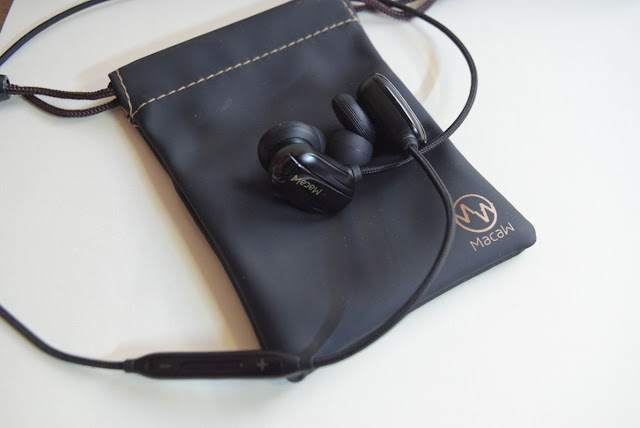 Bass:
Let's start off with the T60's bass. It's light, lean, and punchy, with enough power to be heard, but not enough to grab the attention of more bass-inclined listeners (WRLD – Everything; The Weeknd – Starboy; AWOLNATION – Sail). Extension in the lower registers is only noticeable at best, and that's only on some of the more bass-forward mixes (M2U – Magnolia). Overall, the T60's bass response is lean enough that I would go as far as to say that it sounds quite balanced.

Midrange:
The midrange has an unusually pleasant quality, clear and with a slightly soft, warm tone. This tone grants them a versatility with various genres, vocals, and instruments that easily make them one of the better earphones in its class that I currently have (Crush – 2411, Sometimes; Coeur de Pirate – Off to Sleep). Some listeners might note some resonance in the upper octaves, but from my observations this is mostly a matter of choice of eartips, which I will cover in more detail later. Nonetheless, they do what needs to be done without any fuss – simple, to the point, and effective.

Treble:
The treble of the T60, as far as my observations are concerned, are quite dependent on both the song and the fit. They have enough quantity to be more than noticed, but are rather average at best in terms of overall crispness and extension. However, they tend to be very (read: very) sibilant, but only in certain recordings (The Weeknd – I Feel It Coming; Desiigner – Panda; Coldplay – High Speed). Otherwise they're quite good and handle the job well. 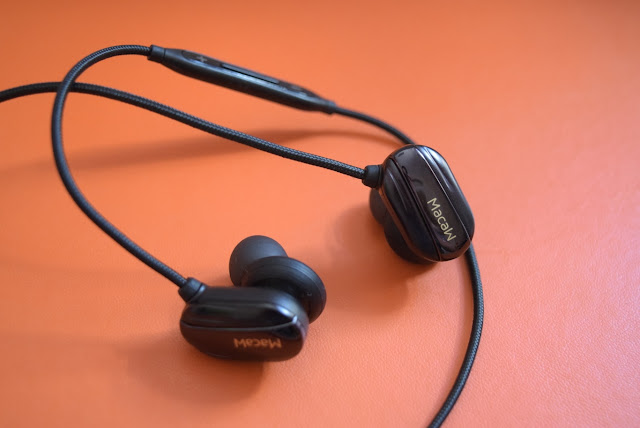 Soundstage / Presentation:
The T60's soundstage is rather mediocre for what it is. All it does is simply call upon the recording itself to provide a sense of space (HOME – Resonance). However, the earphones themselves don't really do anything to really immerse you in the music. Depending on the eartips used, you might notice a lot of upper midrange resonance, but this can be remedied with an eartip that provides a proper seal. Of course, we must, however, remember that we are talking about a $20 Bluetooth IEM that has so far performed quite admirably.

Genre Proficiency:
The Macaw T60 is honestly one of the least genre-picky Bluetooth earphones I've tried. Their balanced sound signature seems to do well with just about anything. However, their sibilance and overall treble quality does make them picky with specific recordings, instead. Of course, this can be remedied a bit, but so far, so good.

Eartips:
Depending on the eartips you use, the T60 can either sound like a bass-light earbud or a nicely balanced IEM, since their sound (as with all earphones, really) relies heavily on having a proper seal on the ear canal. Without the seal you'll have very lean bass, lots of upper midrange resonance and a very splashy, irritating treble. I also tried on some non-Comply foam eartips on them to hopefully dull their sibilance – it worked to some extent, but it's still there for the most part.

Summary:
Assuming you do get the proper fit with the T60, however, you will definitely have a very good IEM in your ears. With a decently balanced sound signature, the T60 ends up being a generally pleasing IEM. However, if you are absolutely mad about detail retrieval and overall fidelity these earphones won't leave a good impression. A particular negative point lies in its sibilant treble, which will be an annoyance for more than a few listeners. However, if you care not for those things (or at the very least, remember that this is, again, a 20 dollar wireless earphone), then you will like the T60. 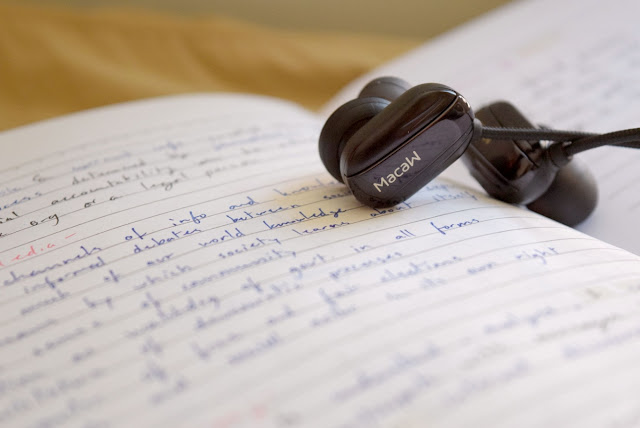 Lately I've been doing a lot of stuff on my iPad – mostly schoolwork and games, but now I've been writing most of my most recent reviews here because of their portability, convenience, and the ability to use Bluetooth IEMs. One day I was watching a movie on the iPad with the T60 on and noticed how well the audio is synced up with the video. My past experiences with Bluetooth earphones have led me to a conclusion that Bluetooth tech still isn't fast enough to deliver audio within a 100ms latency – there is always a delay of some sort. But the T60 seemed to be a special case. So I had the grand idea to play Cytus (a rhythm game) with them on. Sure enough, the audio is synced well enough (from my experience, definitely below 30ms delay) that I would be able to play rather comfortably. For a Bluetooth IEM, this is absolutely mind-blowing, and to this day I have yet to try an IEM that can do the same. Utterly impressive.


Value
The Macaw T60 can be found for $20 dollars at Gearbest.com. For this price, the T60 simply becomes a gem of a Bluetooth IEM. It's decently clear, nicely balanced, and has excellent signal clarity. And despite its flaws, its price makes it completely justifiable. 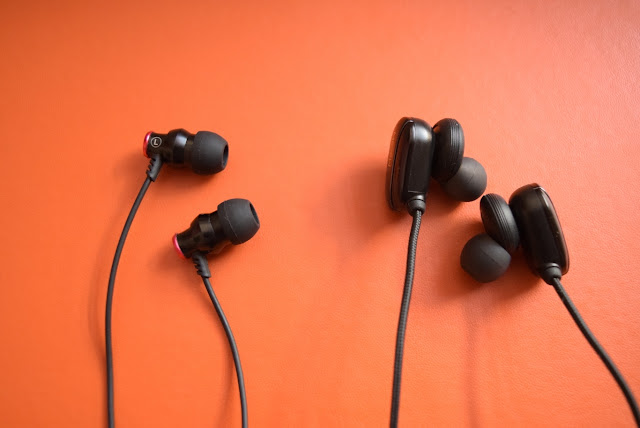 Versus Brainwavz BLU-Delta (~$45):
The Brainwavz BLU-Delta was a fantastic Bluetooth IEM that cleverly paired the already-excellent sound of the wired Brainwavz Delta with a battery and Bluetooth circuitry with very effective results. Being over twice as expensive as the T60, the BLU-Delta is a very good example of what you can get if you shell out a bit more cash. Its energetic yet clean sound clearly outclasses that of the T60, but despite that the T60 holds its own overall, being an IEM priced far below that of the typical Bluetooth IEM market. 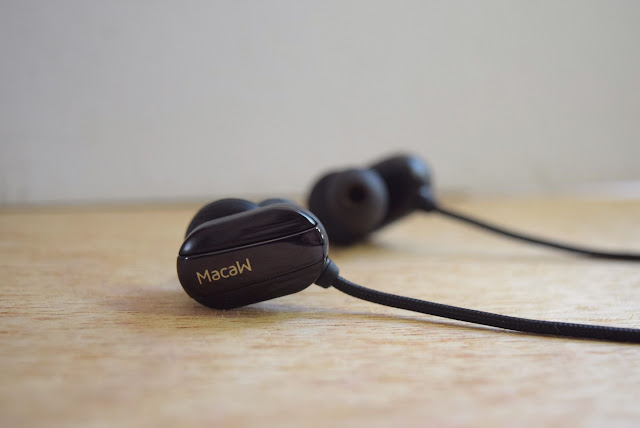 For twenty dollars the T60 is so much of a bargain it's practically criminal. Heck, I would probably buy these at 40 or even 50 dollars and I'd still think they're pretty good. If you don't have much cash and want to go wireless, this is the only IEM you will ever need.


Footnotes
You have just read another thatBeatsguy review. I’d like to again extend my gratitude to George from Gearbest.com for sending out the Macaw T60 for this review. If you like my review please leave a like below, and if you’re interested in having a T60 for yourself, a link to the Gearbest store page can be found [here]. Otherwise, if you want it or have it, do write up a comment and let me know what you think about them.

This has been thatBeatsguy, and I’ll see you in the next one!