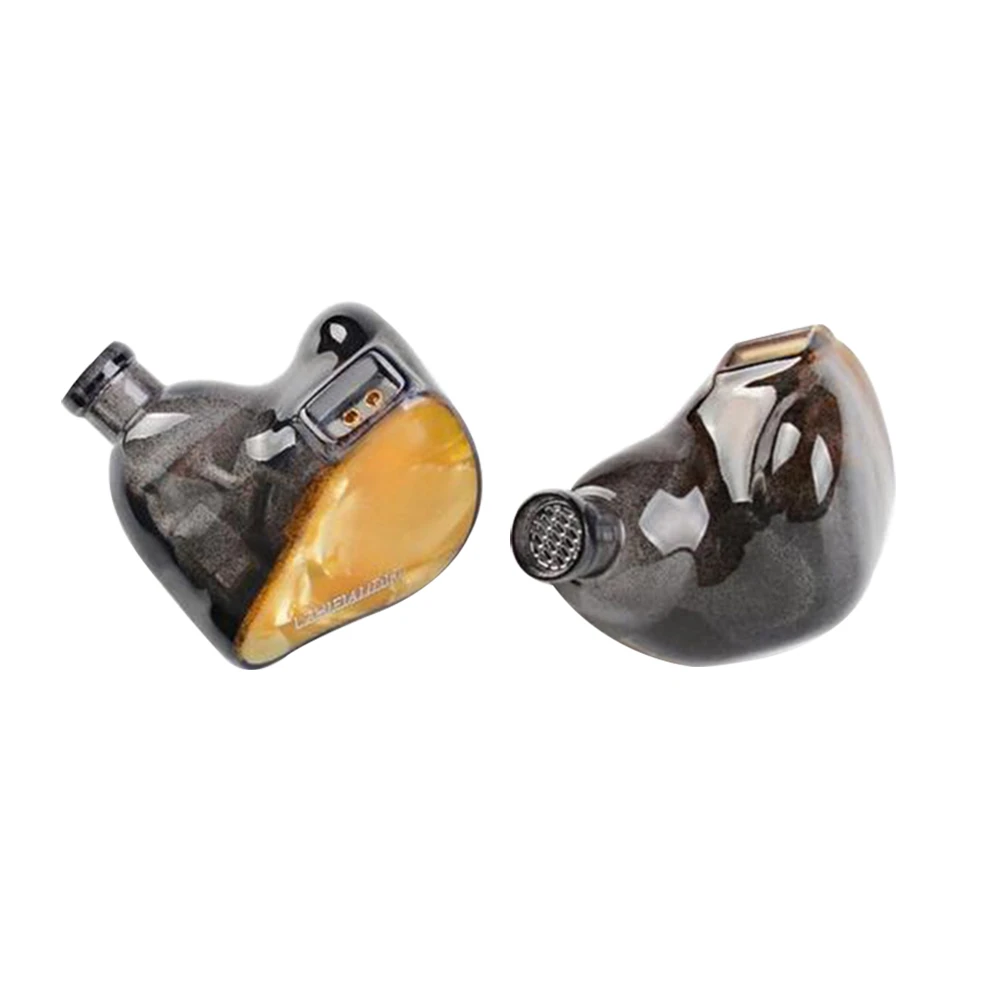 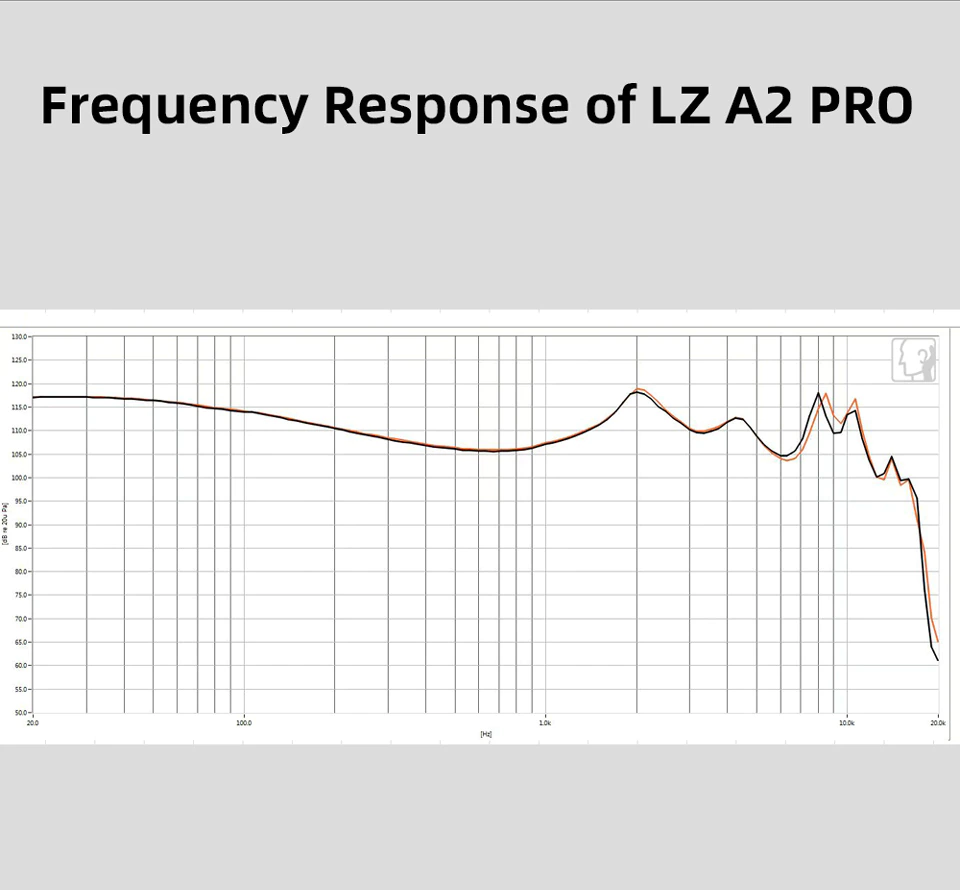 LZ A2pro
Pros: Warm musical tuning with big bold bass, upper mids emphasis and upper trebles emphasis. Unique tuning vs your standard V shaped tunings of most earphones. Solid resin build with a clean look due to color choice. Nice included cable which matches up well with the sonics of the A2pro.
Cons: Strange 2Khz spike that brightens parts of the mids presentation while most of the sound is warm due to the bass. Uneven mids and treble emphasis that causes an uneven tonality. Lacks technicalities, stage instrument separation, and detail. Bass causes a warm shadow over the tuning. Only two sets of silicones.
LZ A2pro 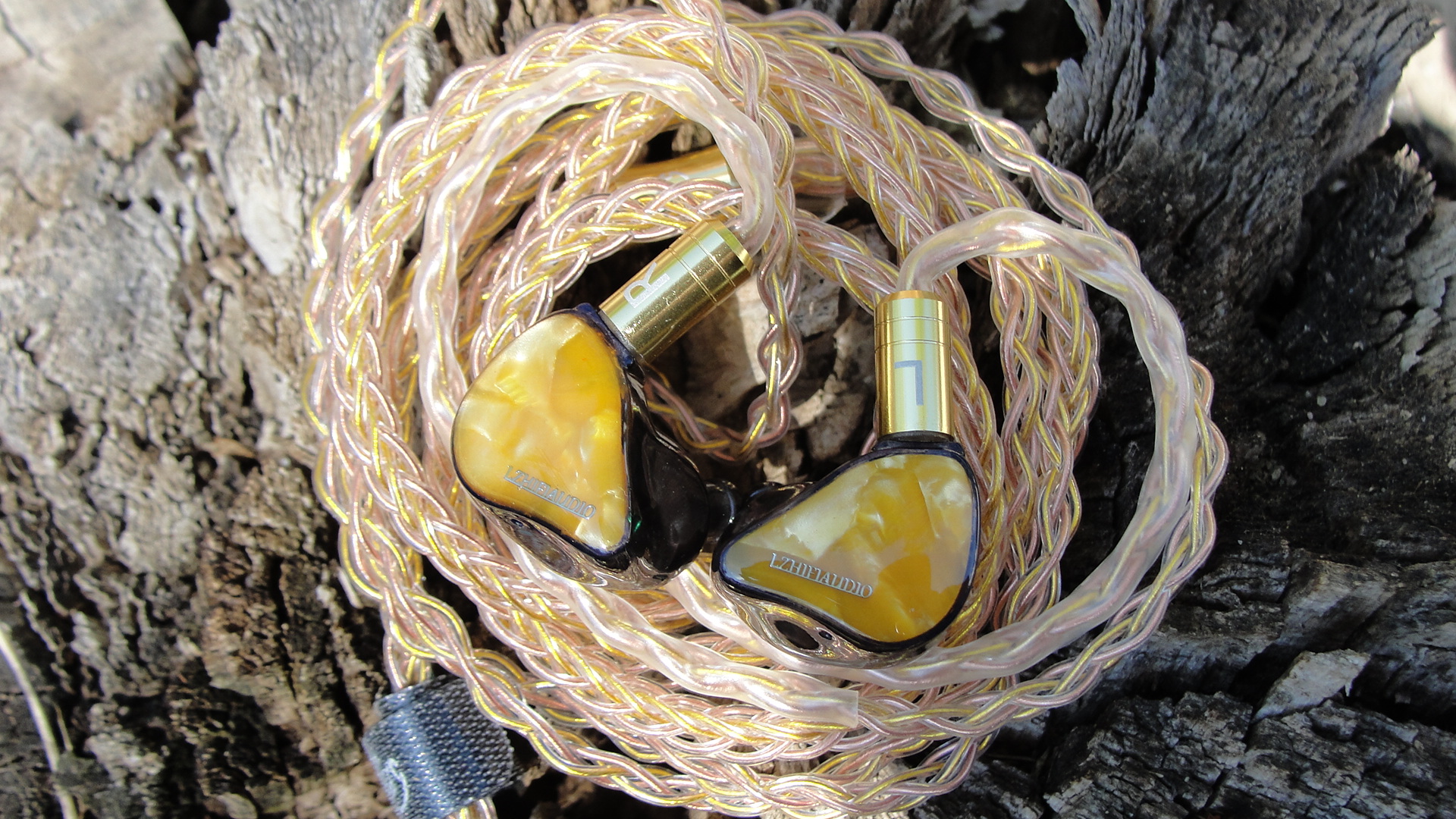 LZ has been making new earphones for 2021 as it was surprising to hear they made a revision of one of their early notable earphones, the LZ A2. I was asked by NiceHCK to review this set for them and LZ and so here I am with my report of the A2Pro.

Standardly disclaimers: I would like to thank NiceHCK for the review sample of the LZ A2pro. The A2pros have been burned in for a week and were tested using my daps. IBasso DX300Max, Fiio M15, M5s, M3s, Sony ZX300, IFI Black Label and IBasso PB3 for amping. If you feel the need to get yourself a nice looking A2pro you can find out more about them and purchase a set here. 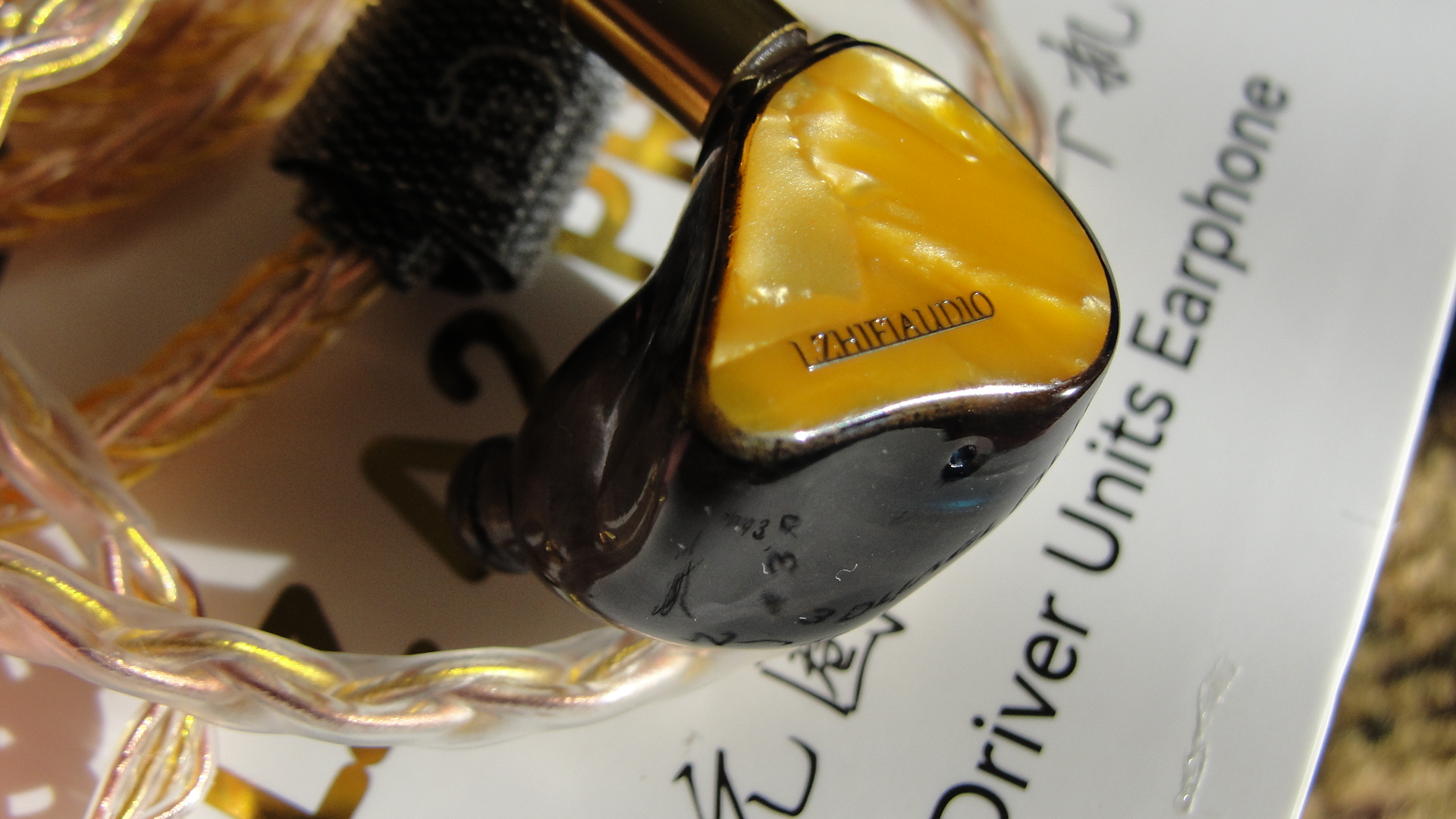 I am so used to seeing LZ made earphones with some type of tuning options but not this time around. The A2pro is an all resin semi custom design utilizing an SAE dynamic for bass + 1 dual Knowles BA for the mids and treble. The 2 pin design also sees a very nicely thought out color scheme in a brighter yellow opalesque color for the shell and a golden/ copper hybrid 8 core cable. To be specific a hybrid 4N OFC copper and silver plated OFC copper mixed cable in single ended that matches the color scheme nicely for the A2pro. 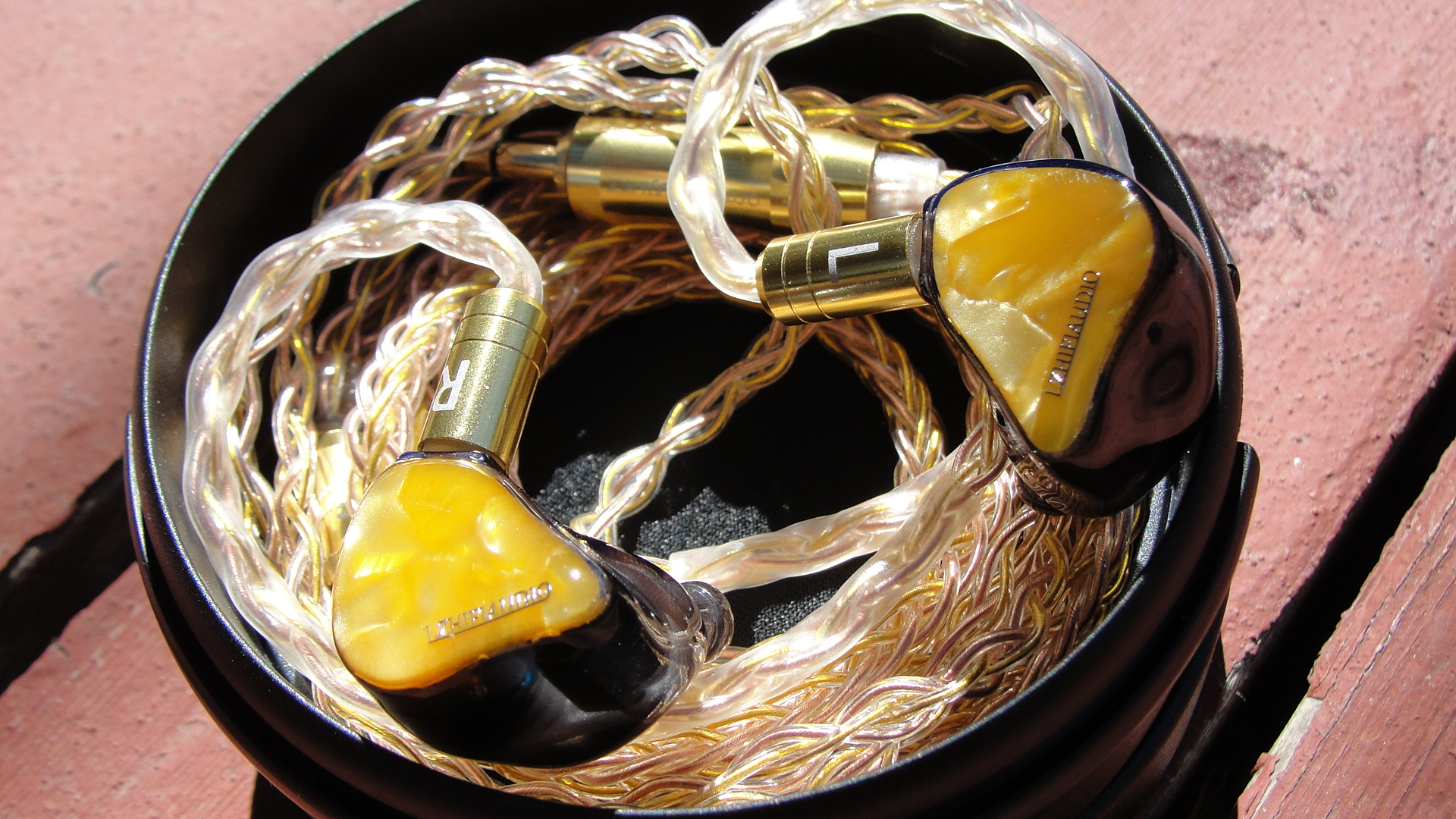 It is a very nice looking eye-catching design, it has to be arguably one of their better looking IEMs LZ has made. Does the sound live up to the looks? Let's find out.

The build is certainly solid and the physical size of the universal design is medium in size and comes with a good looking 8 cored hybrid cable. The Accessories are a minimum as you would expect. LZ canister case, 2 sets of silicones round out what you get. 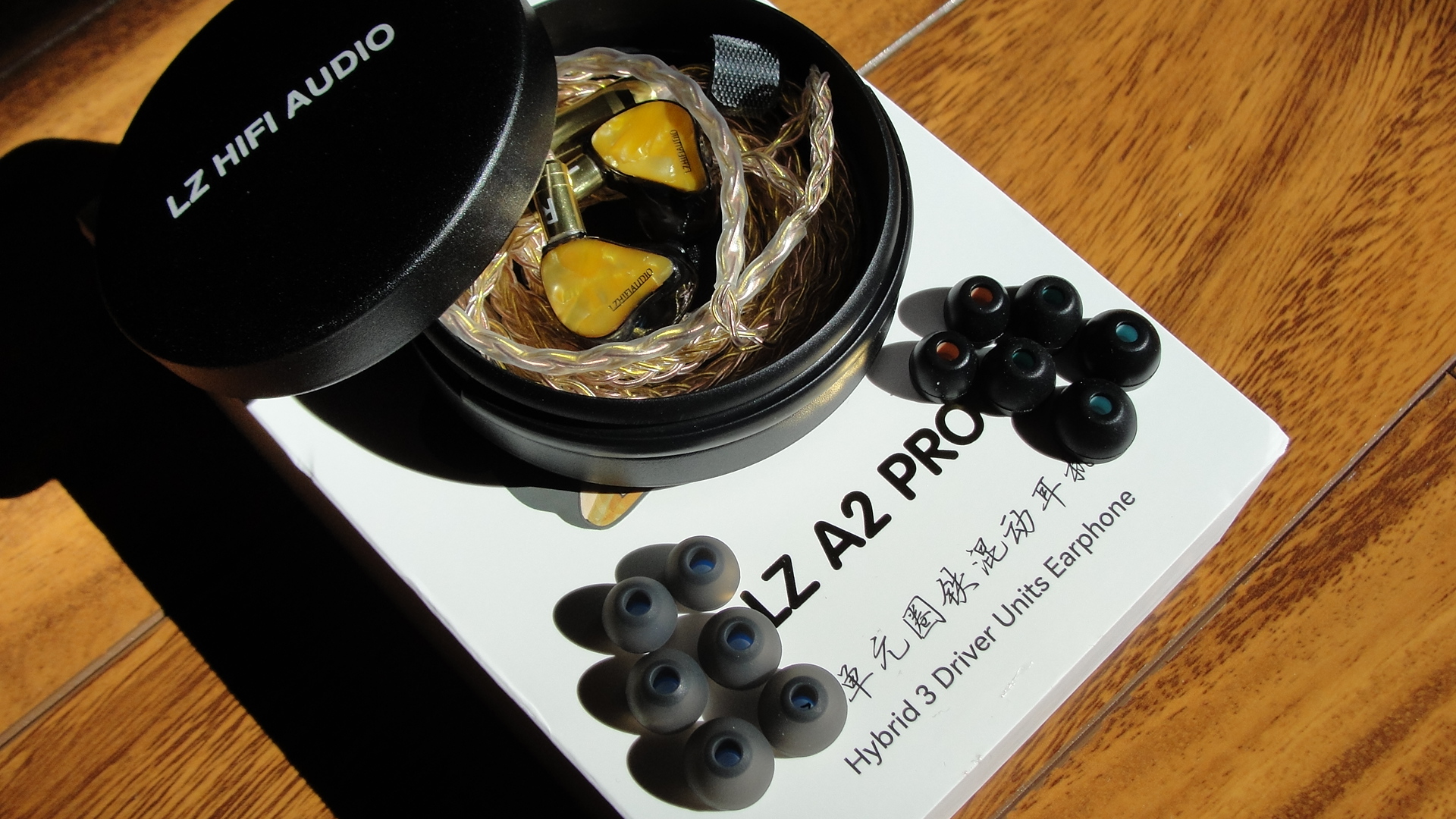 The sound design of the A2pro is literally the most W shaped design I have ever heard. While most earphones nowadays include a pinna gain around 2.5 to 3khz the A2pro has a rather large spike at 2Khz. A unique design? It is certainly interesting that LZ has tuned these with this emphasis in the 2khz region. How it looks vs how it sounds yields an interesting sound that will be a hit or miss among enthusiasts. It certainly has an upper mids emphasis but an unconventional dip at the 3 Khz range with less lower trebles with more upper trebles emphasis. Then they added a very enthusiastic roughly 12dbs of bass emphasis. 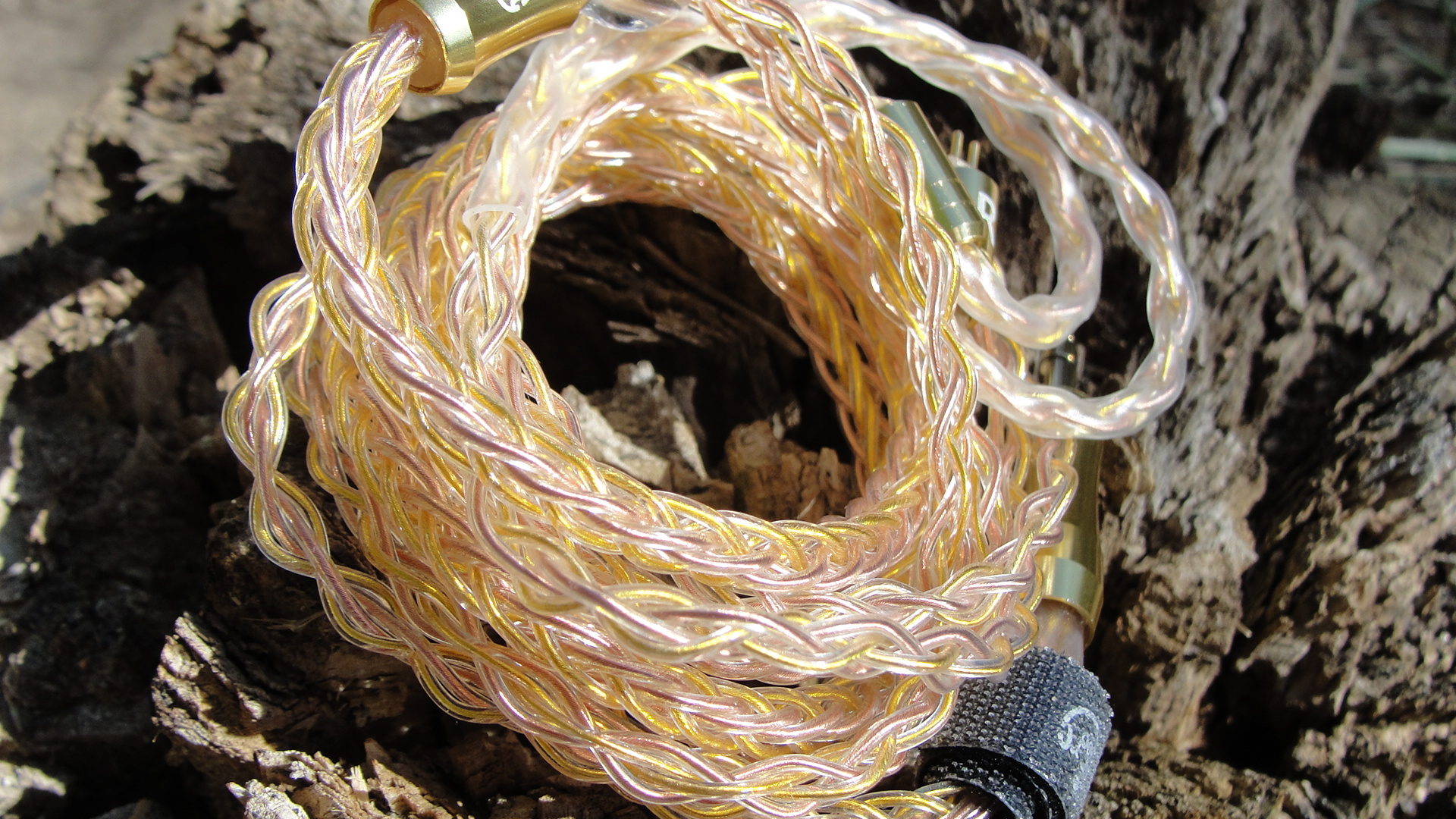 The uneven mids and treble emphasis causes a slight brightness on some tunes that hit that 2khz peak and can sound warm at the same time due to the big bass causing a warmer tone for the lower half of the mids. Listening critically yields an unbalanced tonal quality for the mids. Overall the tone is slightly warm especially when the music is focussed more for the lower half of the sound tuning and male vocals mostly sound good. Then when drums and percussion plays you can hear the high hat notes that have some extra sizzle due to most of the treble emphasis being in the upper trebles. As strange as this tuning might be, in reality it is not as bad as you would imagine but at the same time not really ideal either. 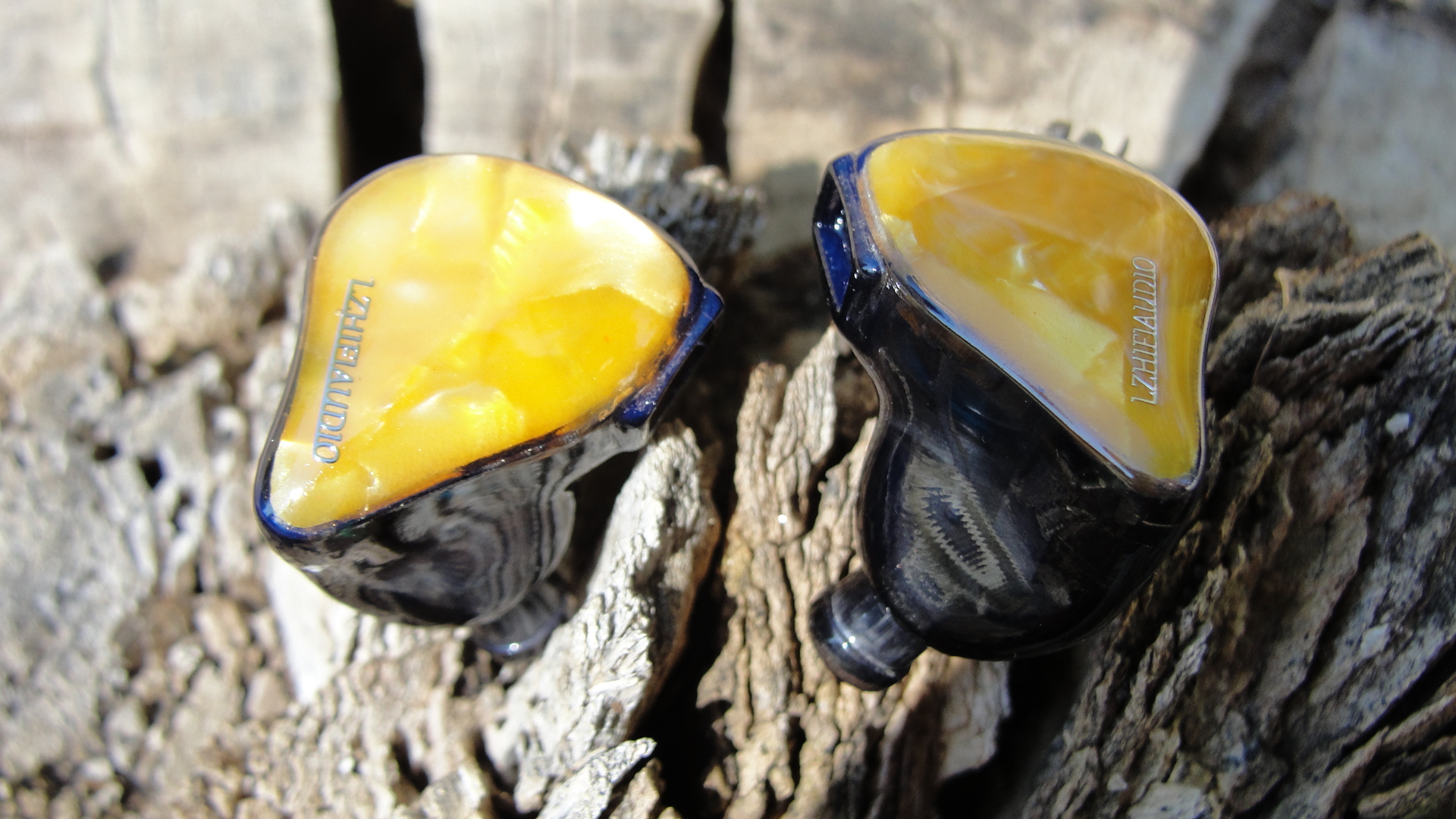 This unconventional tuning sees a bit of the opposite of the norm where instead of the lower trebles seeing the most emphasis for treble it is the upper trebles that has more emphasis. This works to add a bit of sizzle and nuance for the trebles with a bit of a separation from the mids. Treble is for the most part clean with that added sizzle but is not tuned to fatigue with too much in the way of emphasis hence the lowering of the low to mid trebles in emphasis. It works for this tuning to offset the warmth of the bass but shows how uneven the tuning is. Treble detail is ok but not the most refined of trebles. No mistaking BA timbre for trebles it does show good sparkle and definition for trebles but again not the most even of treble tunings.

Its mids pushed at 2 khz seems to form a taller than average stage for sound but lacks in depth. I noticed the width of stage to be more intimate vs being spacious and or particularly wide. The sound stage is always in your head and not outside of it, possibly due to the upper mids spike. Things sound up close, which is not all bad especially when you're into your vocal performances but larger sound tracks just don’t sound right due to the limitations of stage on the A2pro with big bass to make things even more cozy. 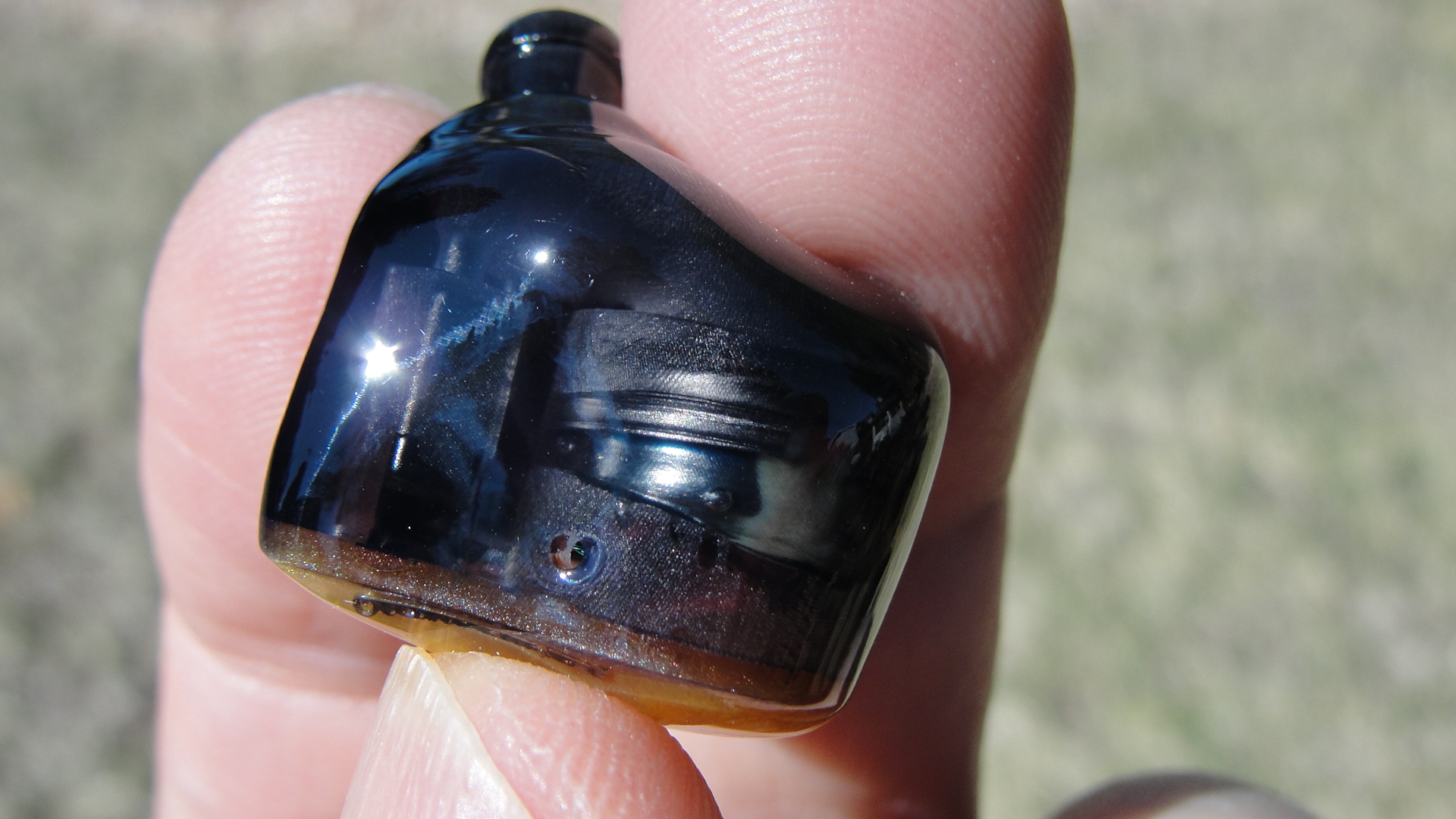 A2pros technicalities is at best average in the price range for hybrids with a bit more intimate stage in presentation but does show good height in how the sound projects but not much in the way of depth. Its instrument separation and layering is average for hybrids if not a touch confined sounding, imaging is good and timbre is most definitely BA. It seems LZ tuned the A2pros to have more height or verticality vs being spacious or wide for sound. This kinda works and kinda doesn't. Listening to Earth Wind and Fire. September.

This track is very dynamic in presentation and shows the big contrast of highs and lows and while it is listenable the trumpets, bass guitar and high vocal ranges all seem to stick out a bit more so than it usually does. This is a fine example of how lopsided the tuning is for the A2 pro. 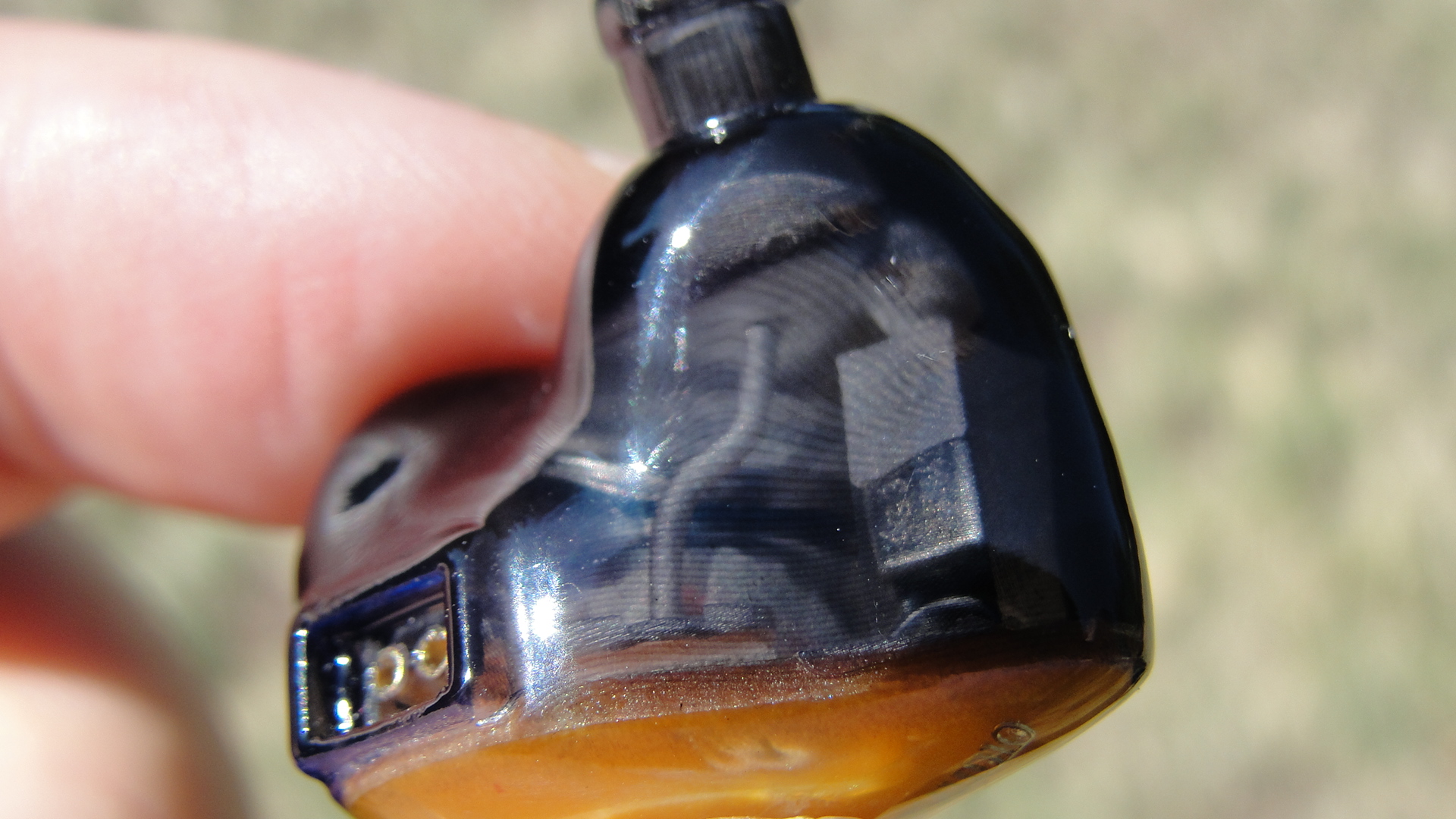 EDM, Pop and more synthesized modern music seems to fare much better than anything requiring horns or natural instruments. I can tell these were tuned for the younger pop trendy synthetic music in mind and in that way it does, leaning more toward a younger esthetic as far as the way they look and the way they sound.

Bass of the A2pro is fairly stout from mid to sub bass which has equal emphasis and for the most part is controlled but due to the sheer amount of emphasis we get a warm overall tuning of the A2pros. Bass is not particularly tight or does it show a high level of definition. Which for its price range is ok. Bass does have some good power here so for folks that are not too particular about their bass quality. The bass does its job well enough. 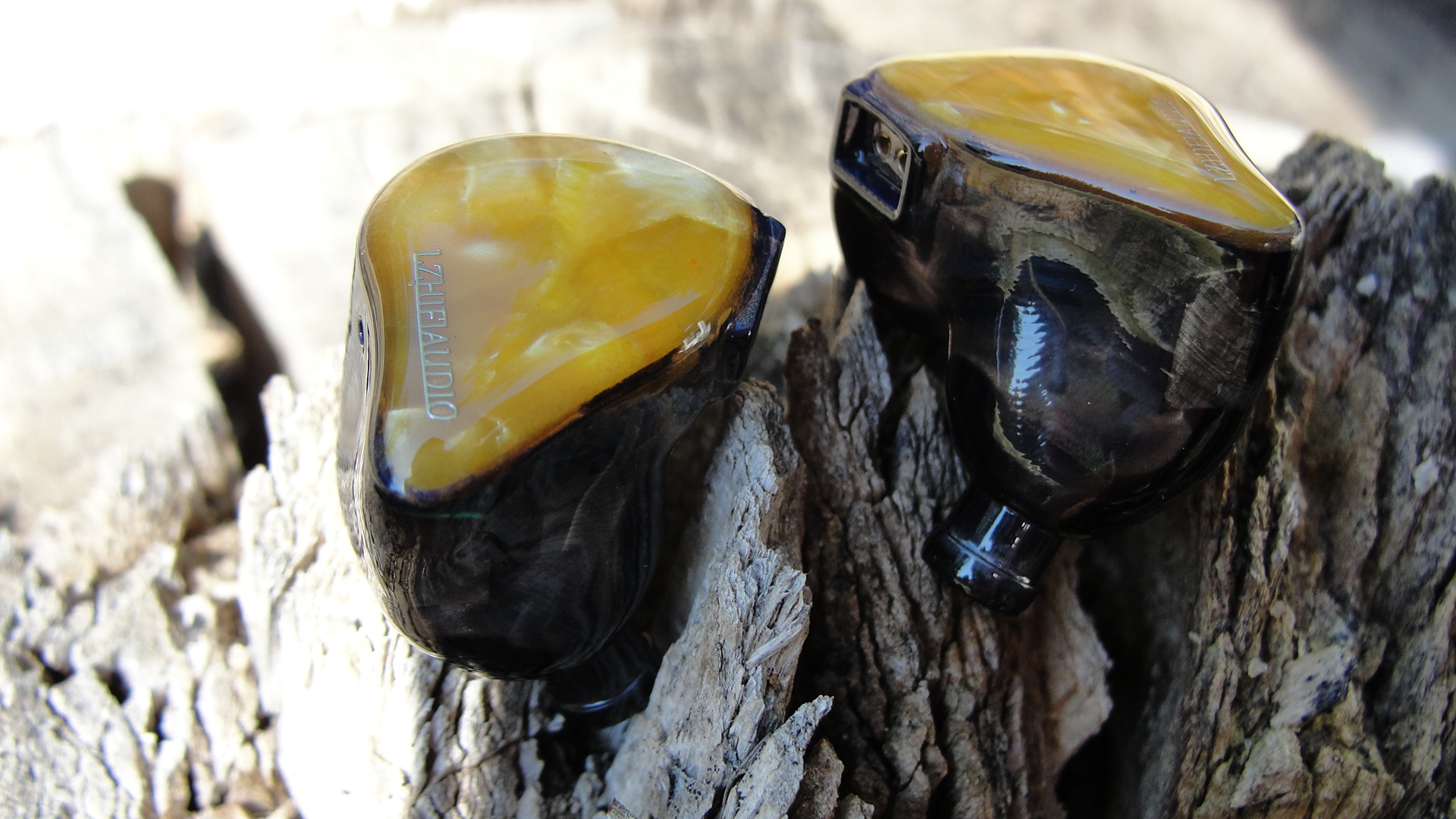 I am not expecting world class bass presentation here and believe it or not the bass is what makes the A2pros spiky 2 khz tuning work. The added warmth of the lower registers seems to offset the spike to have some semblance of balance. However this highly colored presentation means the stage suffers from a strange taller than deeper stage that shows its limitations due to the higher coloration for the A2 pro. Its bass impact can sound a touch wooly in presentation and its sub bass digs deep but is not as textured as it could be.

Overall it is not all doom and gloom for the A2pro. While it almost sounds like an out of the box thinking experimental tuning, LZ is trying to see if they can highlight all 3 parts of the sound spectrum to work with each other. Again it kinda does and it kinda doesn't. It does present a musical sound signature with bold bass, upper mids, and enough treble sparkle to highlight details for the music. For being so drastically tuned actually has some coherency and a fluidity to the sound that is better than their graph would indicate. Its treble is for the most part clean and has good detail and it has what initially seems to be a full body of sound with warmth as a basis for its tonality which makes it lean toward a smooth and musically tuned earphone. 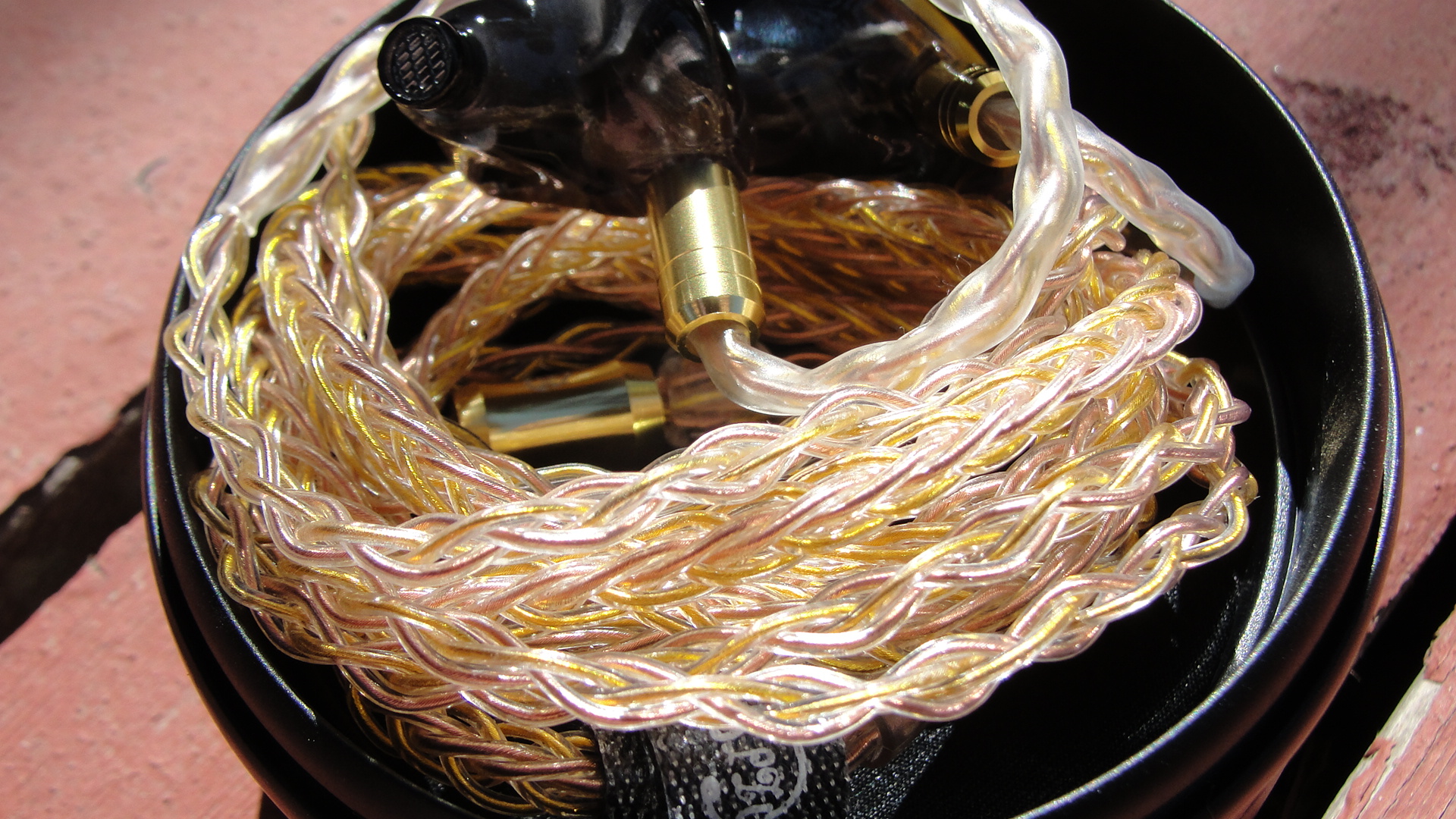 Despite its shortcomings and limitations they can be enjoyable to listen to if you don’t take the sound too seriously and of course you have to be OK with a larger bass emphasis which casts a warm shadow for the sound. 2khz spike here is not as bad as you would figure. On most tracks you really have to listen for the unevenness of the mids to hear what is going on with that so it isn’t a big a deal as it may seem. It's a fun intimate sound signature and if you take it for just that. It delivers on what it does.

Most earphones have coloration for their tunings, its just that the A2pros have more of it. Sometimes earphones are not all about detail and refinements. Your music has bass in it the A2pro will highlight any bass emphasis from any track and get you up close to what you’re listening to. Its warm tonality with sparkly treble is inviting and can get you into your music. The A2pros I believe were designed with casual listening in mind and that is where they sound its best. As always thanks for reading and happy listening always.
Last edited: Friday at 1:50 PM
Reactions: Audio Fun, cqtek and brsdrgn
Read more…