Folks, I will not bore you my bio or a heavy-handed attempt to increase word count. Here’s my down-to-the-point review of Little Bear B4-X portable tube amp modded with Burson V6 Vivid opamps and silicone o-rings. This is a popular mod that has been done by multiple other head-fi members. Additional information can be found ‘Portable tube amp from china?’ thread (linked below).

Thanks to Burson Audio for reaching out and offering an opportunity to sample V6 Vivid op-amps with my Little Bear. I’m not affiliated with them in any way and this sample doesn’t influence my opinion. O-rings are used to stabilise the tubes to reduce ringing noise when amp is on the move. They were purchased myself, along with the Little Bear itself.

O-rings are easy to put on. Just slide them gently as far low onto the tubes as possible before they can be moved down no longer due to other components. Opamp swap requires somewhat more massaging. First, the plastic window in B4-X has to go as V6’s are tall. It’s easy to get it out without breaking since it’s glued to the case – just gently push on it until it starts to come off. Unfortunately, even with the window removed, there’s still about 1-2mm not enough space left to keep V6’s at 90 straight vertical angle. Therefor, when putting the top of the case back on, I left a little bit of extra space for the opamps but not screwing it fully in – and vice versa, I left extra space on the opposite side for the bottom of the case. With that, opamps are almost vertical at about 85 degree angle. They sit it fairly flush, there are no disconnects. In terms of storage, I use a tupperware container to keep dust from getting inside since the window is gone. 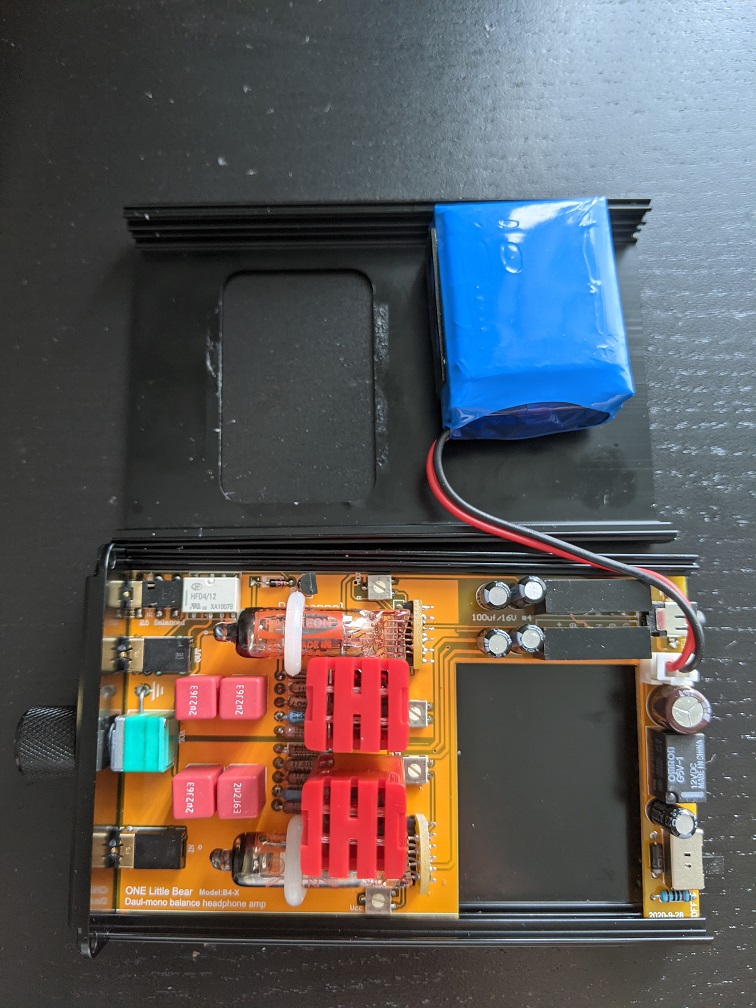 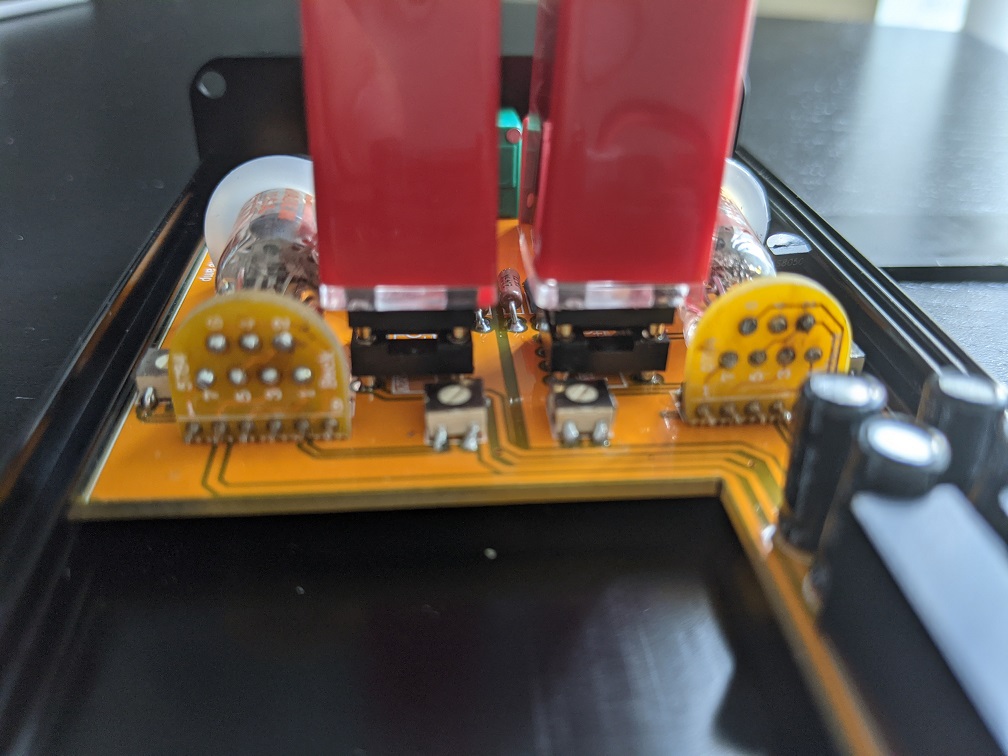 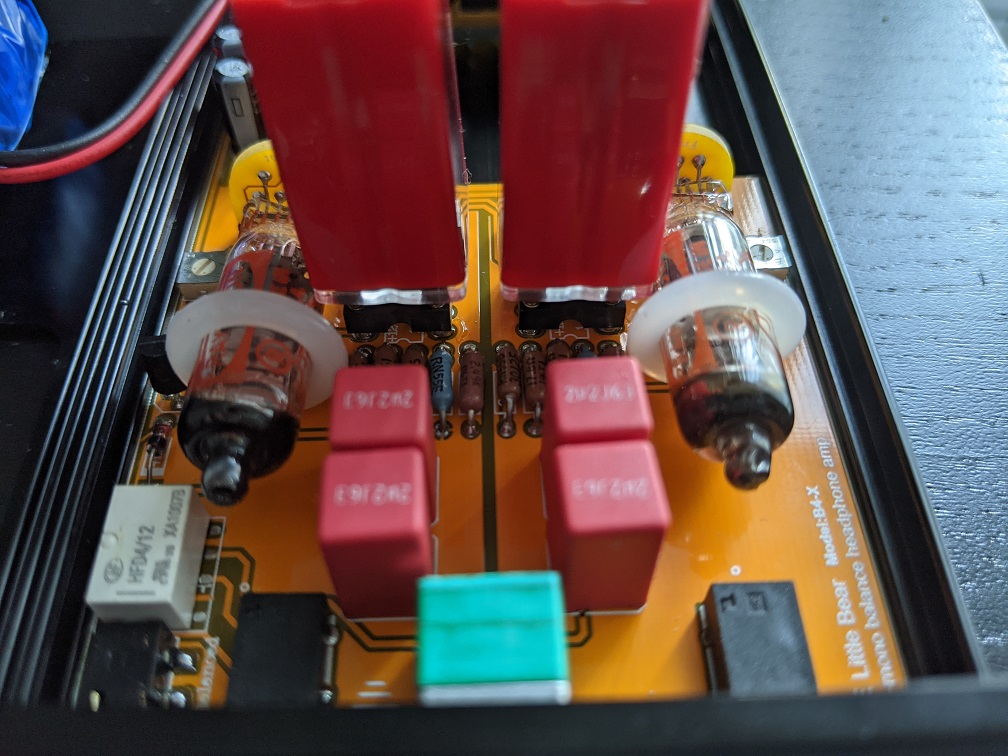 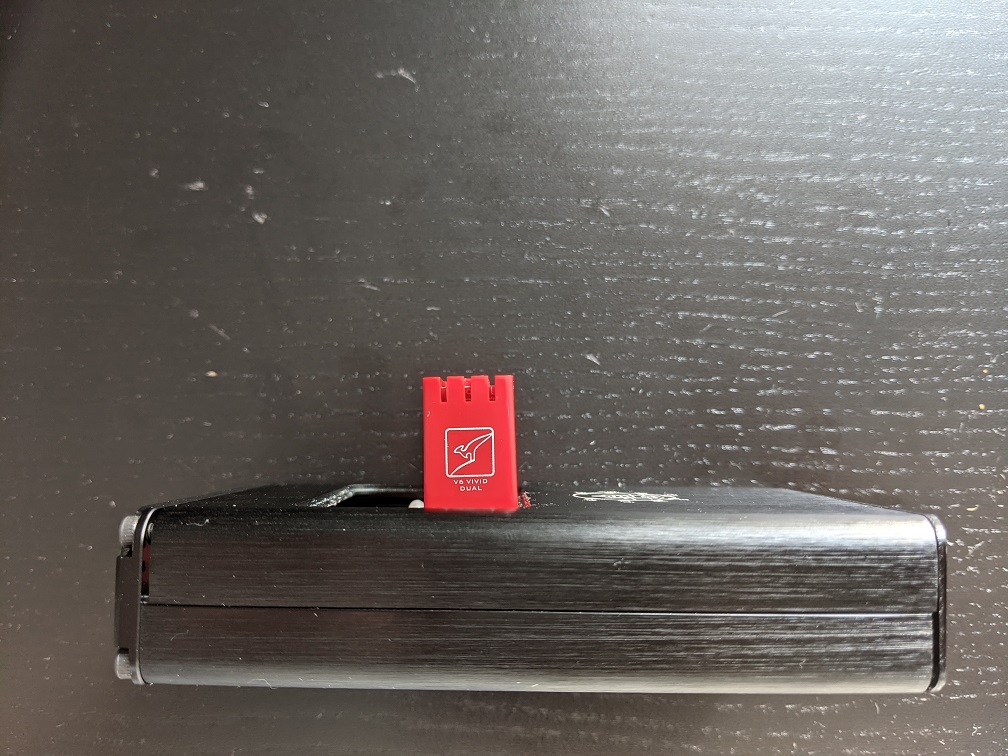 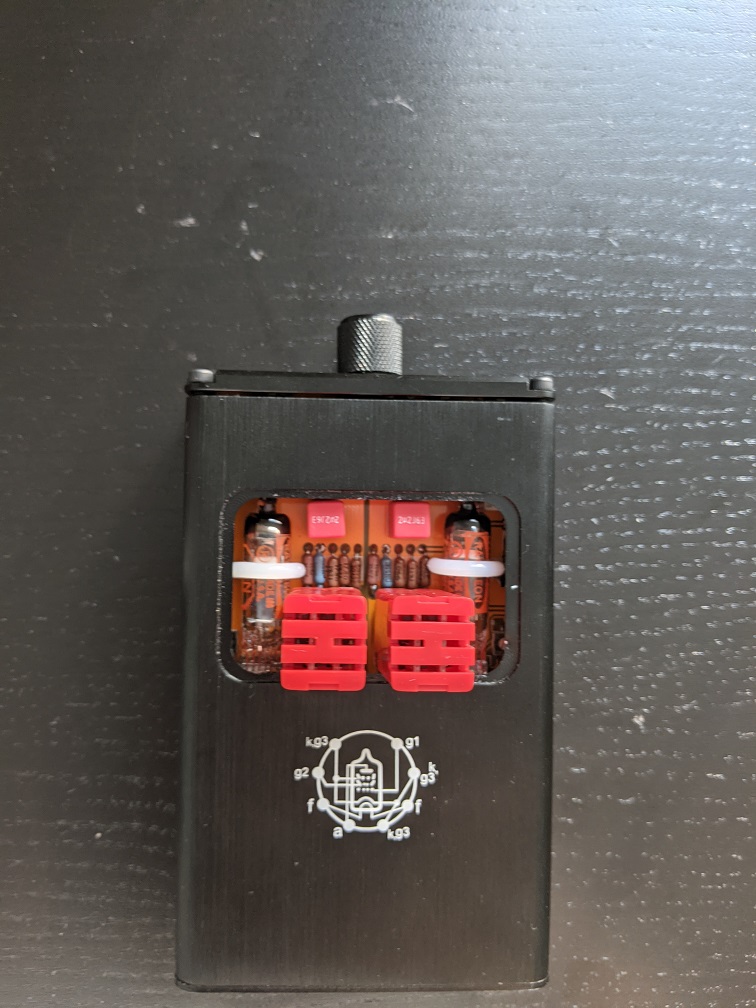 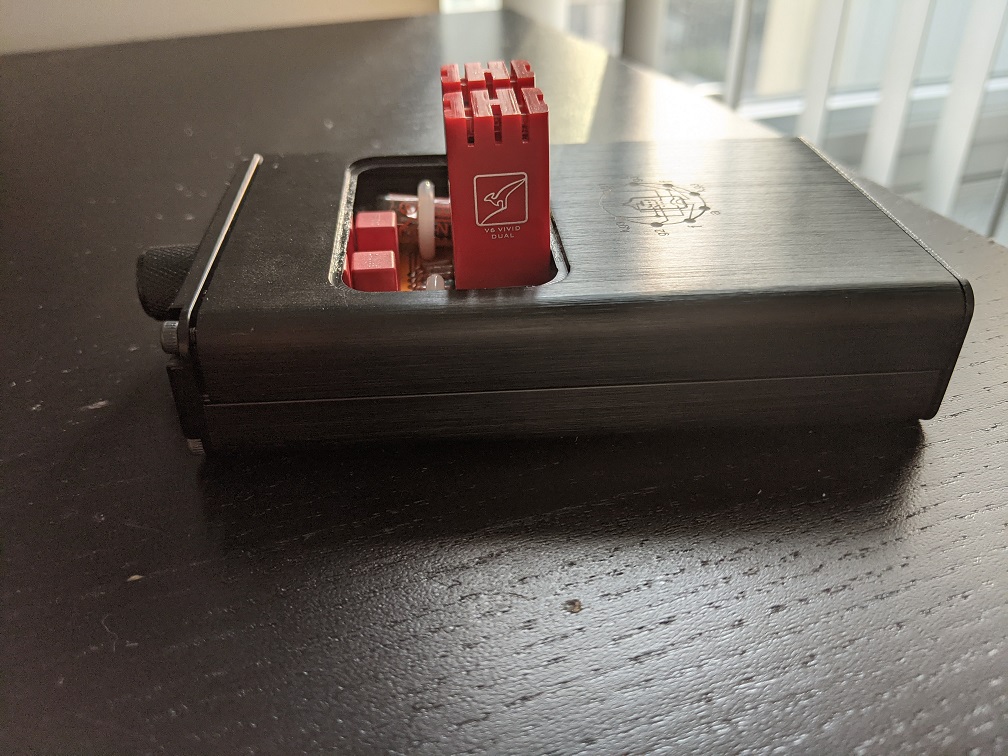 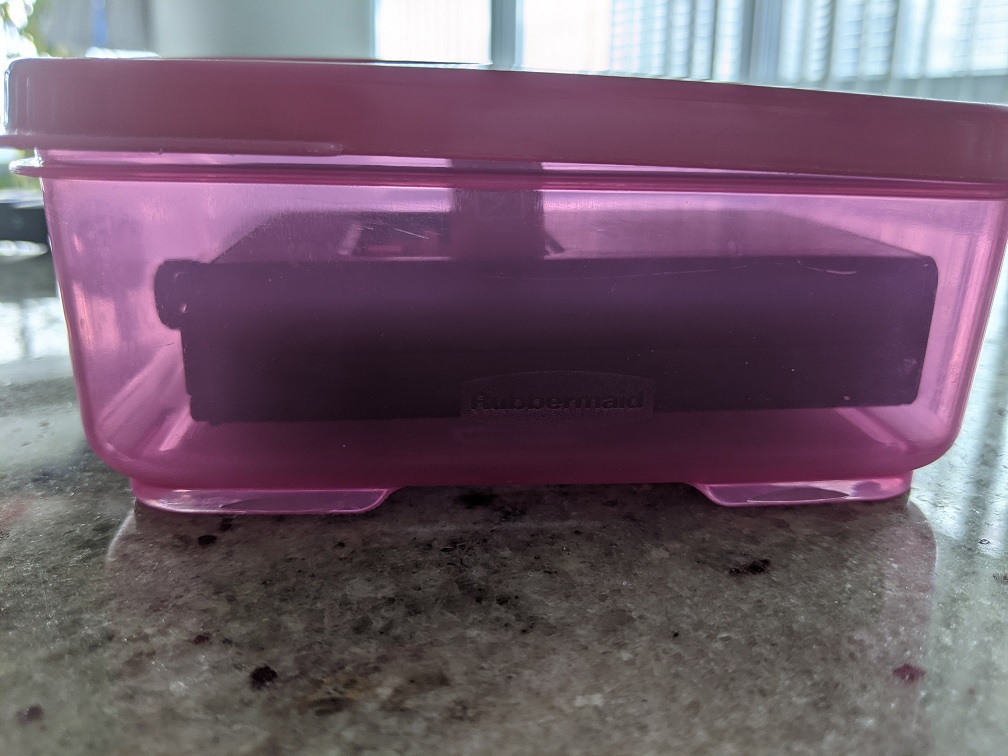 With poopy stock NE5532 opamps (retail under $1), I already hear a warm, liquidly, syrupy mid-centric sound that adds pleasant distortion which makes music fuller and richer. It’s quite enjoyable to begin with, however on technical level there’s poor vertical soundstage extension both ways while instrument separation on the stage lacks room and airiness. Staging and congestion get improved dramatically with V6 Vivids. We get better dynamics, transients, decay, slam as things get tighter while maintaining the same pleasant, musical, analogue distortion. Driving power seems to increase as well, as same volume level can be achieved at lower volume knob setting.

Generally speaking, the noise floor is high. If there’s no music playing, there will be audible noise on 99% of dynamic and BA headphones and earphones with impedance of 32 ohm and below. Even with fancy op-amps, B4-X best suited for high impedance drivers as well as for planar magnetic drivers. There’s no difference in sound between 3.5mm and balanced 2.5mm outputs. Balanced output sounds a slightly bit louder.

Fiio M7 – this DAP uses an entry-level ESS dac chip which sound can be described as leaner, clean, sharp, digital. It’s my preferred source for the Bear since a) it has a dedicated line-out mode to feed the Bear without double-amping, b) besides traditional offline music, can be used as bluetooth LDAC receiver for streaming music, c) there’s good synergy going between digital sounding M7 and analogue sounding Little Bear. Just watch out for BT interference as B4-X is not shielded from EMI noise very well. It’s hardly noticeable when music is playing (loudly), but could be bothersome nonetheless. I prefer to keep the two units unstacked when running M7 as LDAC receiver.

Qudelix 5K – this battery-powered dac/amp can be used as USB DAC or BT LDAC receiver. It also uses ESS chip which is better rated than the one on M7. Form factor is excellent so it can be strapped right onto Little Bear’s side but again, watch out for BT EMI noise. It can also push full 2Vrms (unlike M7) which allows B4-X to reach higher volume levels. Unfortunately, there’s no line out mode so 5K’s amp cannot be bypassed. Though 5K has an excellent app to customize its sound, which allows to PEQ the Bear as needed. 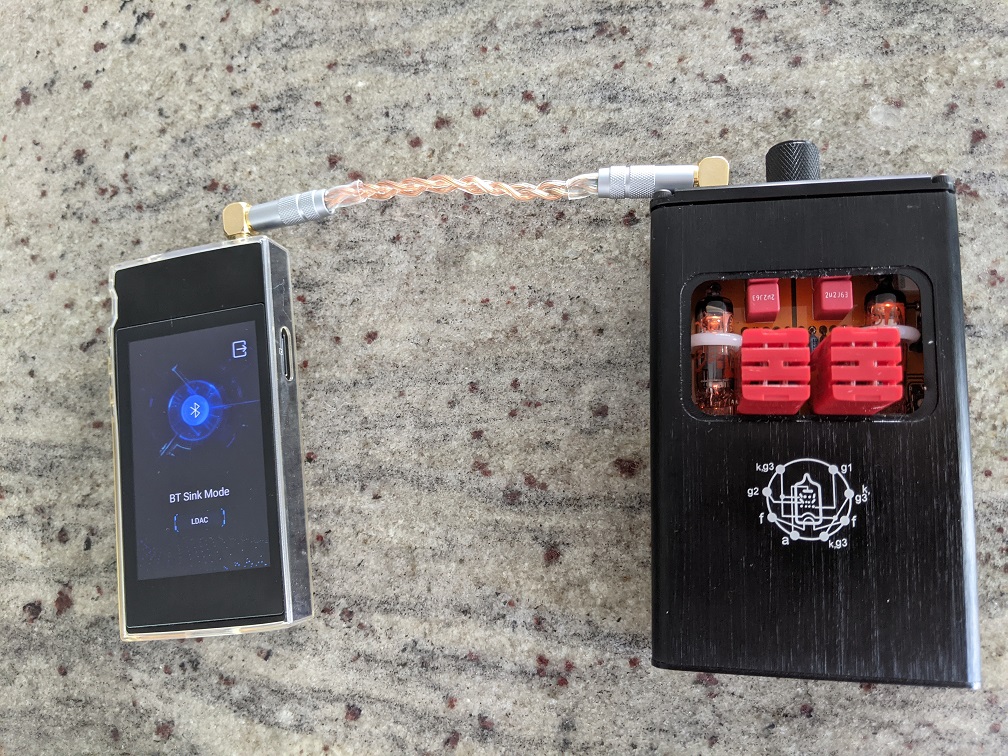 Sennheiser HD6XX – there’s enough power at hand to drive this 300 ohm legend. It’s all about the mids with this combo, sounding super smooth yet textured. Vocals and associated note decay are amazingly yummy.

Hifiman HE560 – there’s not enough juice in the bank. Little Bear starts producing fart-like noises when trying to increase volume to decent levels. 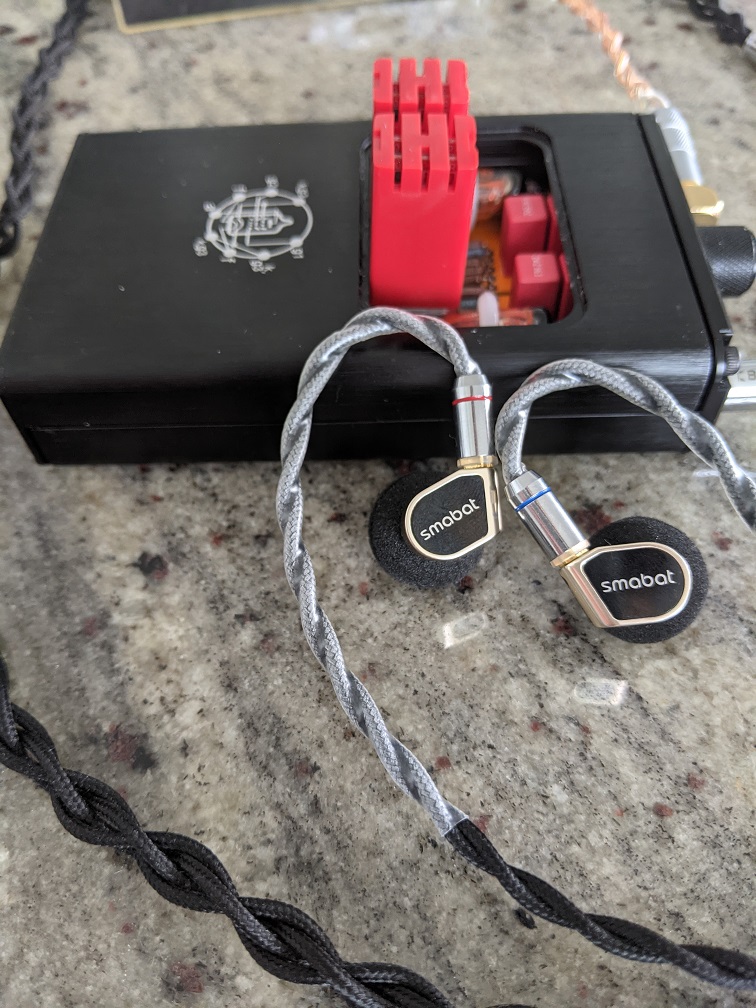 Aune B1s – it can push a whopping 6.5 Vrms through its single-ended output. It does have more current on-hand which makes it sound more powerful and authoritative. Mids, especially low mids, are congested in comparison as B4-X with V6 Vivids really improves and showcases excellent separation and airiness in sound.

Fiio E12 – it can go louder than B4-X, that’s certain. However, E12 sounds somewhat coarse in comparison which negatively impact timbre. Bass slam is also better with Bass Boost on, but bass doesn’t sound as musical as on the Little Bear. 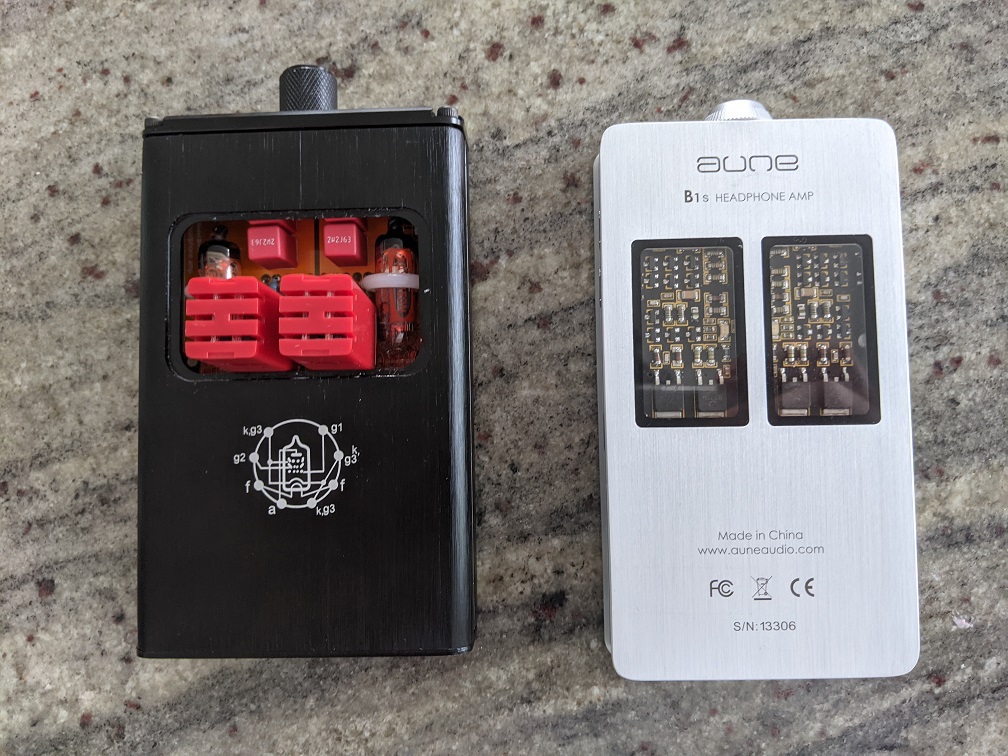 All-in-all for about $250 which is the approximate total cost of Little Bear B4-X, V6 Vivid opamps x2, and silicone o-rings, we get a high-quality transportable portable amp that is excellent to use with headgear that is relatively medium-hard to drive. It sounds much more analogue and musical than what most sources released nowadays do, since it doesn’t try to go for best SNR etc, it’s all about music enjoyment!

cobrabucket
My friend was gifted a B4-X but it does not come with the power supply. What are the specs I need to know to buy a replacement? Thanks!

povidlo
@cobrabucket This unit is battery powered, there's no power supply. The charger for the battery is rated 12.6V / 1000mA .
J
jmwant
Thanks for the review. Seems like one of the few Portable solution for the 6xx.