Today we are going to be looking at another new-ish release from Knowledge Zenith (KZ), the ED4. These were released nearing the end of 2015, and have already seen a revision that goes by either Z1 or S4 monikers depending on where you look. KZ moves fast don't they?

Disclaimer: This is the first KZ I haven't purchased myself. Instead, they were provided by the good people at the KZ Headphone Official Flagship Store on AliExpress in exchange for a fair and unbiased review.

KZ has been on a roll recently releasing one excellent earphone after another. From the reasonably neutral HDS1, to the basshead-friendly ZS1, to the well-rounded ED3c "The Acme", they have managed to provide something to seemingly satisfy every type of listener. KZ already offers up a wide variety to earphones with a ridiculous variety in signatures, so where does the ED4 fit in?

KZ's packaging isn't known for it's consistency. Off-hand, I can recall at least four to five different configurations that my purchases have been sent in over the years. The ED4 added yet another variant to the list.

They arrived in an unassumingly small, black cardboard box with impossible to read printing in a dark purple. Inside the ED4 were sealed in an opaque baggy, coiled cleanly so as to prevent kinking, and tied with a small strip of Velcro. In a separate smaller baggy, spare small and large tips were provided (medium already installed).

Simple, but effective. No frills which I suspect helps keep the ED4 within that magical 10 USD price range that KZ products seem to dominate. 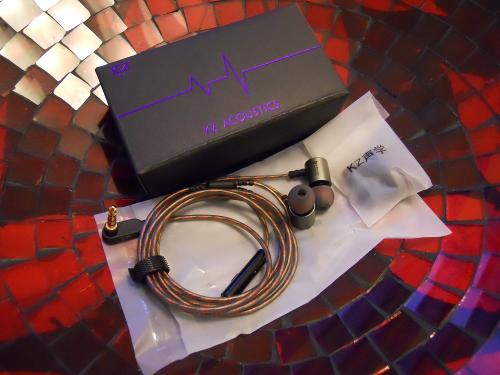 The ED4 features a dual-magnet 9.6mm driver sealed in an attractive aluminum housing. Like the packaging, the design is simple but effective. At the rear you find two small pinhole vents covered by a ring of mesh. During the initial release, prior to them getting in the hands of eager Head-fi'ers, we thought they were going to be open backed. Unfortunately that was not the case. They are also very sensitive so no amp is needed but through many of my sources there was a smooth hiss in the background. Mildly annoying at worst.

The cable is bog-standard KZ, which I think is a positive. It's a little sticky but on the plus side doesn't retain memory, avoids tangling, and is well relieved at the 90 degree jack, y-split, and housings.

My particular ED4 came with an inline mic. It is solid metal and feels very sturdy, but there is one critical flaw that makes it pretty much unusable for calls. When speaking to others, the multi-purpose button knocks against the housing and this is picked up in all it's glory by the mic. I could hear it, my callers could hear it, and none of us liked it.

That said, I liked having it around for controlling my phone. It worked well with the HTC One M8, allowing me to skip back and forth through tracks, and pause/play music. It could also be used to pull up the Google voice search and voice call features but that was a little inconsistent. Still, not bad for a 10 USD earphone.

Comfort is where they fell a bit short for me personally. The housings are quite broad and the front section ends abruptly where is drops to meet the nozzle. Unless I mount the tips at the very end of the nozzle the edge of the housing touches my ear and creates a painful hot spot. When I manage to avoid that, they are very light and disappear in my ears, even more so when wearing the cable around the ear. Due to the dual ports in the back isolation is also just okay. 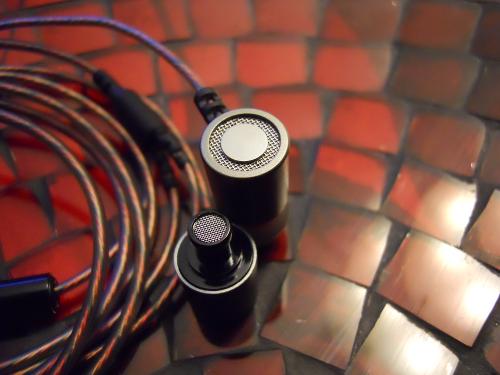 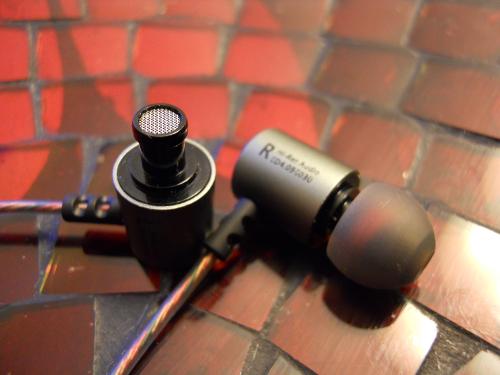 I find that the past ED-series releases I own (ED3, ED3c, ED10, ED9) all feature variants of a basic ED "house sound". The ED4 moves away from this and brings to the table a fairly unique signature for KZ.

To my ears, the ED4 has a very aggressive W-shaped presentation, with boosted sub-bass, dialed back mid-bass, forward mids, and very prominent treble. This is an earphone that wants to party, and is not ashamed to let you know it. Unfortunately, at times they try a little too hard to get your attention.

The overall signature leans slightly towards the cold, thin, and analytic side, presented within a very impressive soundstage for something so aggressive. Upper mids and treble feel a little artificial and metallic. This is an earphone I could have seen JVC releasing a couple years back because it can be so unrelentingly vicious in it's presentation.

Bass on the ED4 digs deep and can really rumble on certain tracks. It can come across a tad slow at times, but for the most part keeps up with quick and complicated basslines. The dialed back mid-bass prevents bleeding into the mids and keeps the ED4 from sounded bloated, but also results in a lack of punch and some needed warmth as a result. That said, this a style of bass I really enjoy.

The ED4s mids are quite forward and generally well-behaved, but this is where you start to see some quirks. Male vocals sound realistic and detailed but female vocals, especially at higher pitches, can get a bit shrill. Guitars sit a little too forward in some mixes as well. Fun, but not technically "correct".

Treble is where the ED4's flaws really start to manifest themselves. For the most part, I found them to easily be one of the most detailed and clear sounding KZ's to date. They sound airy, exceptionally clean and crisp, and the slightly thin presentation really shows off how spacious they can be. That said, wow can they ever get shrill once you start turning the volume upwards. I'm not sure how else to put it, but the driver seems to strain itself with some high pitched frequencies and quite literally devolves into shrieks. It doesn't happen often, but it really comes as a surprise when it does given how well controlled and entertaining everything else is. Listen to The Crystal Method's "Grace" featuring LeAnn Rimes and you'll see what I'm talking about. I would love to see a frequency graph for these as there are bound to be some wicked peaks within that 2-6k area. 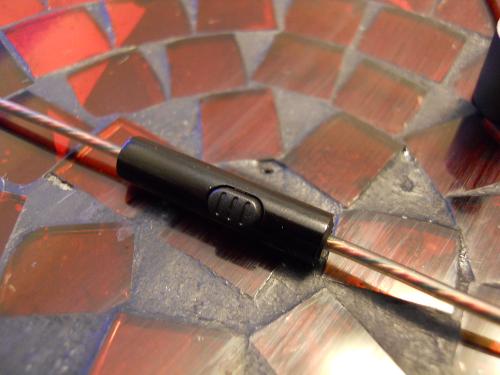 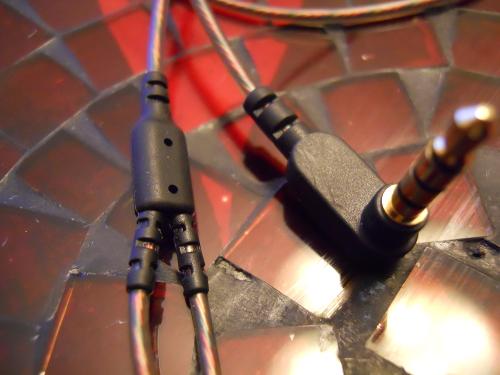 The ED4 is a solid earphone, and while not perfect, is still an easy one to recommend to someone who likes an aggressive sound. It grabs you on either side of your face, pulls you close, stares you straight in the eyes, and screams it's lungs out. It definitely has a place among KZ's other releases, as there isn't another one I can think of that provides such an in-your-face and vicious sound.

They can be fatiguing, they can be shrill, and they may overwhelm your senses, but the ED4 is a riot. If they didn't have that admittedly odd upper-mid/treble quirk, these would probably net a five star review; yes, I like them that much, flaws and all. As is, I hummed and hawed between 3.5 and 4, settling on 4 stars because that issue crops up so rarely and everything else is so very good. Compromised "perfection" at only 10 bucks? I'll accept it.

tayvion
do you know how these compare to the kz ed2?

B9Scrambler
Haven't tried the ED2 unfortunately. I have the EDse, which is apparently quite similar. These have wayyyy more sub-bass, and much more aggressive treble. Not a basshead iem though. If you're looking basshead from KZ, ZS1 all the way ED8 would also be a good choice.