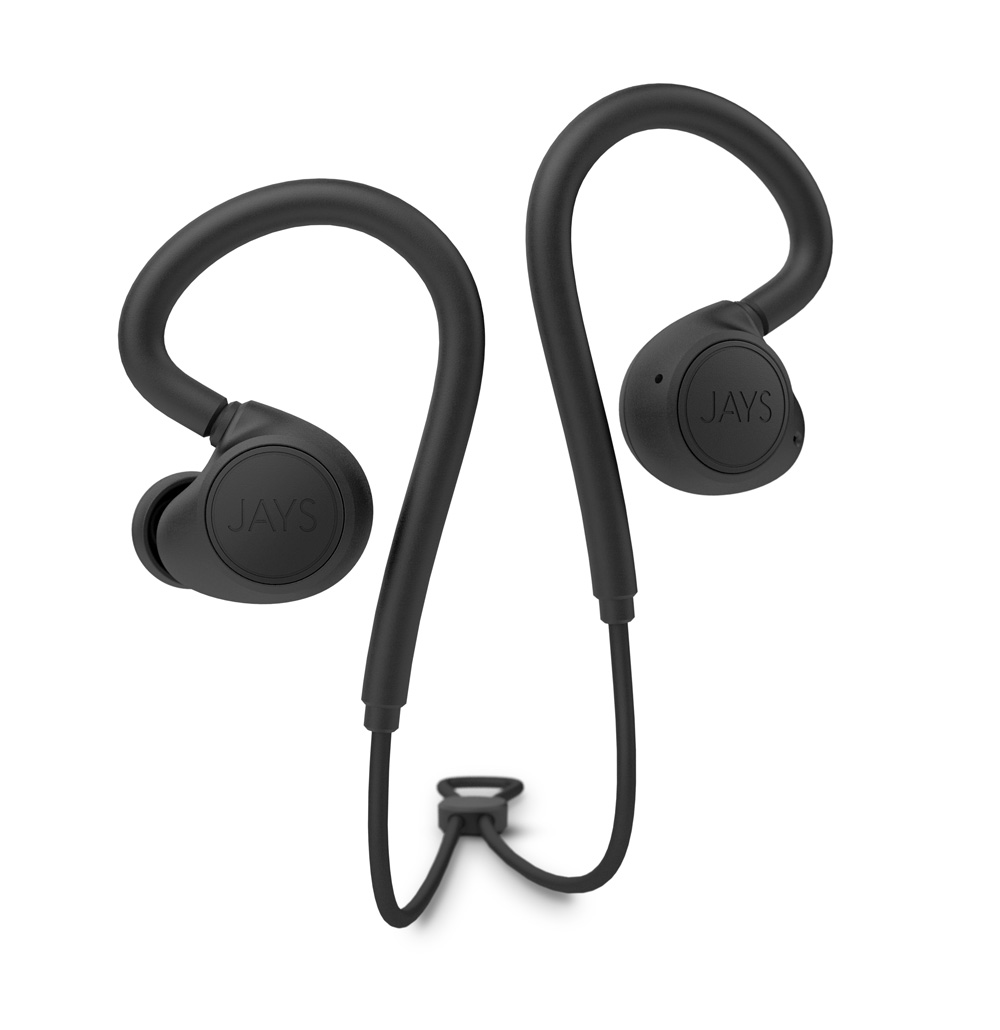 JAYS is a Swedish company founded in 2006 that designs earphones and headphones utilizing proprietary technology and a unique aesthetic. The original q-JAYS IEM garnered significant praise from its users, and continues to be JAYS' top end model albeit as a newer iteration. I purchased a special edition version of this model celebrating JAYS' 10 year anniversary in 2016, and it continues to be a treasured IEM in my collection.

Following the momentum created by Apple and other phone makers to eliminate the headphone jack from its products—and the huge success of Apple's AirPods—JAYS has been working on Bluetooth earphones that can separate themselves from the competition. Its newest entry, the m-Six Wireless ($100), was just announced this month at IFA and will begin shipping shortly in four different colors.

I want to thank JAYS for providing me a pre-release m-Six Wireless in black in order for me to share my thoughts on this novel design.

My previous notion on wireless headphones was biased by my desire for the best sound possible, and I questioned whether an audio signal that goes through a conversion process then transmitted wirelessly could possibly pass muster. I did purchase a Master & Dynamic MW60 Bluetooth headphone ($549) a while ago, but ultimately the wireless functionality was problematic with spotty performance in the form of drop outs. My understanding is this is the nature of the beast with early bluetooth designs, especially if one is involved in any athletic activity ... certainly my avid hiking caused all sorts of drop outs which made my experience unsatisfactory.

To counter this connectivity issue, the JAYS m-Six incorporates the latest wireless technology, Bluetooth 5.0 with three times the connectivity of version 4.2, and a custom made Laser Direct Structuring antenna (LDS) fitted inside the right shell with a 15 meter range for improved performance. Additionally, on the sound quality side, the m-Six uses Qualcomm's latest aptX chip featuring Low Latency for those who enjoy watching movies without any lip sync issues. The custom made 6mm dynamic drivers are encased in nice quality plastic shells with optimally design acoustic chambers for a full range and dynamic sound.

JAYS addressed the battery performance by employing a state of the art design by Varta, a German battery manufacturer known for its leading edge lithium technology. It quickly charges with the included charging cable and provides 5 hours of play time. This cable uses a proprietary fitting that magnetically connects to the right shell on one end and a USB-A charger on the other. The cable is very short, and easily misplaced, so care will be needed in order not to lose it. 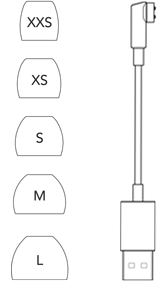 True Wireless Sound (TWS) IEM designs have become fashionable as of late, no doubt due to the success of the AirPods. The one concerning issue about these designs is the potential for losing one or both of the shells, especially during high intensity physical activities. JAYS addresses this potential concern by doing away with the TWS model, and instead secures the two shells with a short, flexible cable that is meant to sit behind the neck. Additional security comes from the use of flexible ear hooks attached to the shells. JAYS' promotional materials highlight the "sweat proof" nature of the m-Six, alluding to its intended purpose—listening to music while enjoying one's favorite physical activities. I concur with this design philosophy since the secure fit the m-Six affords brings greater consistency to its audio and wireless performance during strenuous exercise routines, and the sweat proof nature of the materials alleviates any concern any harm may come. In my use of the m-Six over the past 10 days, the lightness of the design and its sure fit gave me a total sense of freedom unlike any other IEM I've owned or used. Wonderful! 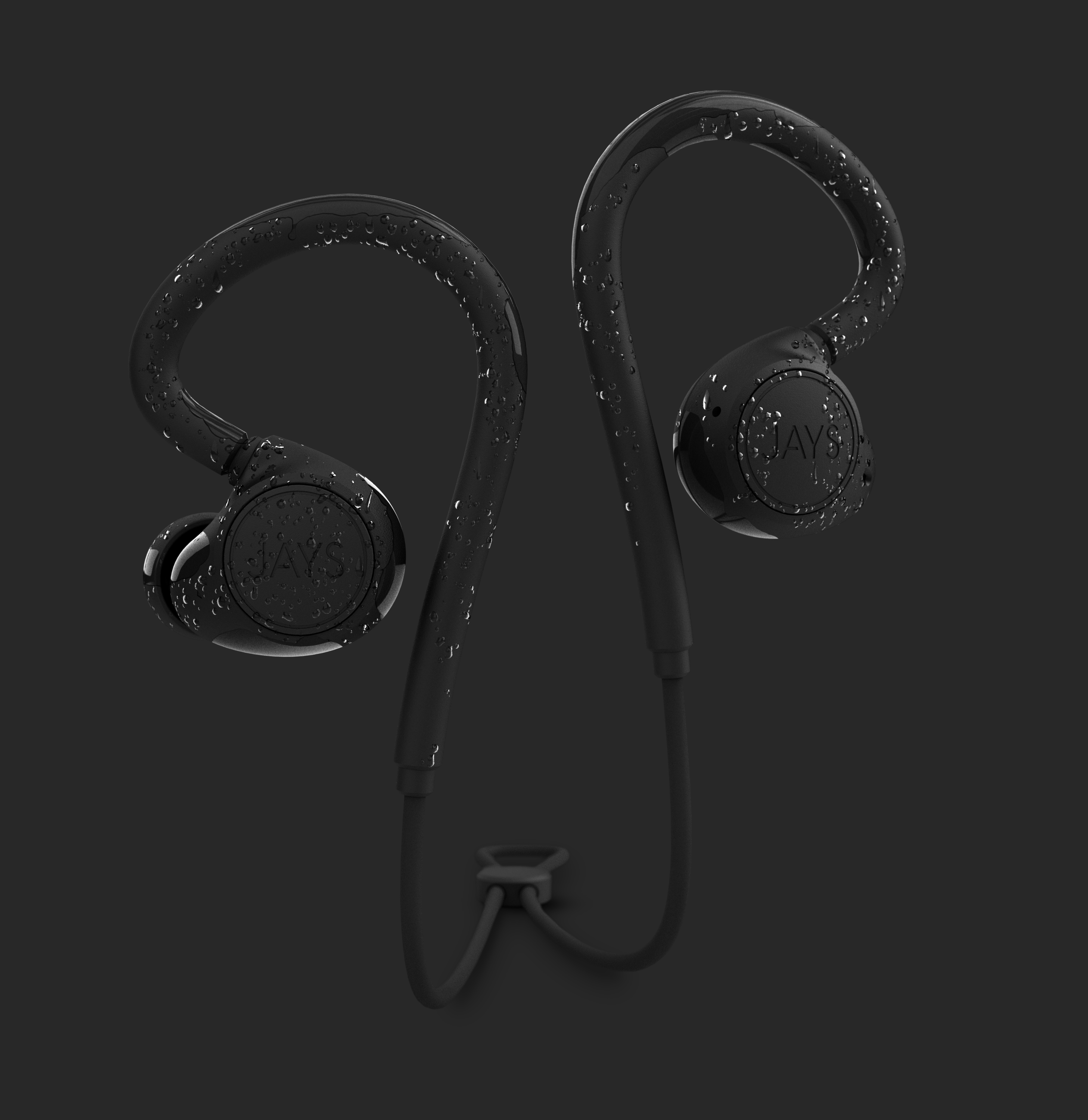 For my evaluation, I used my beloved iPhone SE and the Radio Paradise app that streams lossless FLAC files as one of its many options (some browsers may have trouble with this newly designed webpage, if so, click here for more details on its apps for different platforms). Radio Paradise is run by a former radio station DJ whose musical tastes run the gamut of 40s-50s music to the most current releases, great for music discovery and free to use unless you would like to donate. I compared the m-Six to my q-JAYS Anniversary Edition ($350).

One thing I should note is Apple does not support aptX on its iOS devices, rather, AAC. As such, the m-Six defaults to the SBC codec with my iPhone SE using the A2DP profile. This codec has a reputation of not sounding as good as aptX or AAC due to bandwidth limitations. It's a pity that JAYS did not include support for AAC, but perhaps in Sweden Android phones, many of which have aptX support, are more popular. Additionally, given the modest price for the m-Six, adding AAC support may have been cost prohibitive, and I'm sure JAYS wanted to hit that $100 price point to be highly competitive in this growing segment of the IEM market.

After loosening the suspension on the dynamic drivers for about a week with playtime, I began my critical listening. The first thing I noticed was the bass, big sounding and assured. This quality reminded me of the Sennheiser IE800 I once owned, a bass that jumps out at you and gets you smiling. The q-JAYS AE sounded very light in comparison which is to be expected due to its dual balanced armature design. The m-Six bass performance was not muddy at all, but very well delineated.

There was a slight scratchy sound to the midrange, nothing too obvious, but with careful listening it was there. My thought is the SBC codec was the culprit here due to its more limited bandwidth. This was by no means a deal breaker for me, vocals were portrayed with nuance and emotion, but the surprising performance of the bass region was not matched in the midrange. I'm sure aptX will do a much better job here based on previous experiences, but one should know that in order for an aptX source device to operate, it cannot use Bluetooth 4.0 or lower since it is not compatible with the new 5.0 standard used in the m-Six.

The trebles came across as detailed but not sibilant in any way, a good thing in my opinion. They extended well into the upper registers, with good micro dynamics. When I did my review on the q-JAYS AE, I remarked on how clean the trebles were, a hallmark of the design, but the m-Six did not match the shimmering highs that are so addictive in the top end model. Still, for $100, I've never heard a similarly priced IEM, wired or not, that was as easy to listen to in the trebles without softening the sound. Those who like an overall warmer character when it comes to the high frequencies may not be the target audience for the m-Six.

The wireless performance was diminished by the fact my iPhone SE uses Bluetooth 4.2 with its inherent limitations compared to the new standard, 5.0 (4.2 and earlier versions cannot take advantage of 5.0's improved connectivity). I was able to go out on my hikes with not too many dropouts, and I probably would have had even better performance if my phone wasn't buried deep in my jeans pocket. But if you want to be assured of a dropout free experience, then I encourage you to get a device with Bluetooth 5.0 and its greatly enhanced connectivity. The new iPhones just released have it, and its likely any new Android phone will have it as well.

I really enjoyed my time with the m-Six Wireless. Its aesthetically pleasing design, a secure fit yet still retaining the sense of freedom of a TWS design, ease of operation with one membrane button to operate all functions, "sweat proof" materials, and mostly, the great sound from such an affordable wireless IEM makes this a winner for its price class. Highly recommended!
Last edited: Feb 2, 2020
Reactions: monsieurfromag3, Itson and jant71