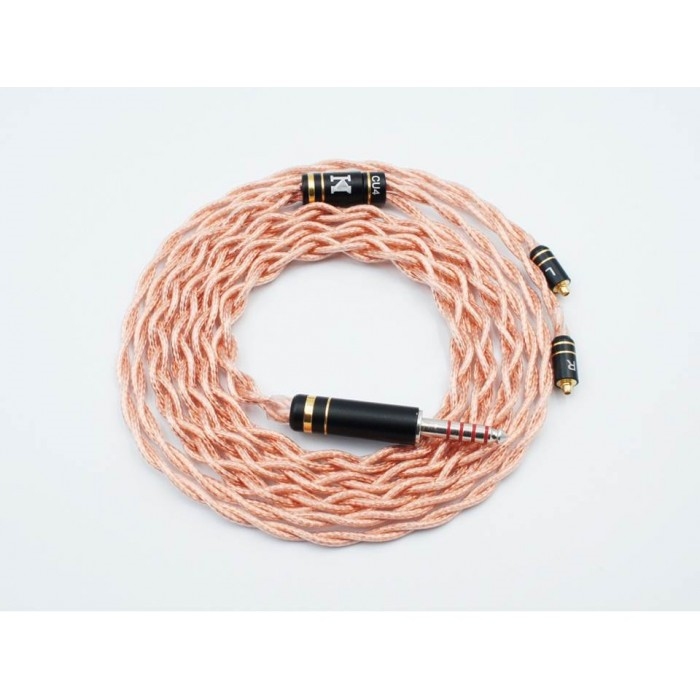 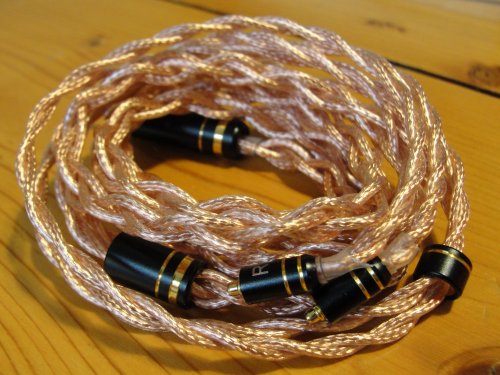 It seems with the ever increase of the modern digital audio player, we are seeing an increase for the need of cables to make full use of the balanced out portion of the players. All of them tout more power, and increased fidelity in doing so. Cables have seen an increase of popularity among enthusiasts as cables will not only allow for use in balanced mode out of your players but also enhance or shape the sonic qualities of the earphones they are connected to.

ISN has become a well known force in the industry for making affordable high quality cables for your earphones and today's read is about their newest to the market. The ISN CU4. 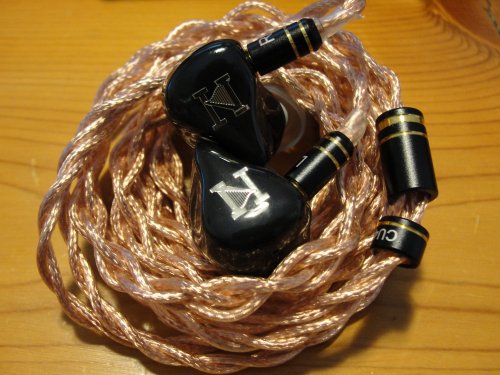 I would like to thank the great people of Penon audio and ISN for allowing me to introduce to headfi some of their handy work. Truth be told ISN cables are all of the best quality and craftsmanship that I have seen. Quality seems to be a constant for this company and now that they are making some higher end cables AG8, SC4 and now the CU4. The quality and workmanship has gotten even better. 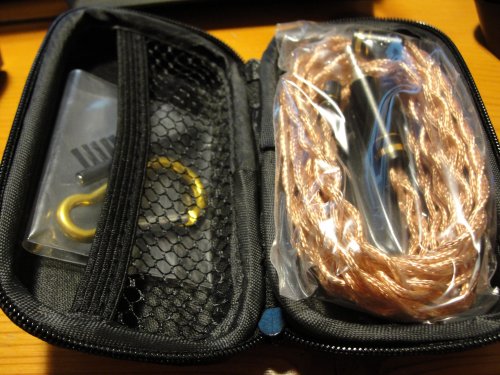 CU4 comes in their familiar rectangular semi hard black zip up case. ISN is not so much about packaging but more about what counts. Once you open up that zip up case you will see how crazy cool looking the CU4 is. It is made of a thicker cored high end crystal copper weave. 4 thick cores with each core consisting of 115 weaves per core. You're getting high end copper for your earphones and a lot of it. I think the one aspect that separates ISN with other cables is their deliberate use of thicker cores which does have an effect on sonics. Their ISN AG8 has the thickest cores for an all silver cable and now we see this design philosophy with the CU4. These thick cores not only look stunning in person but actually have a function to it. 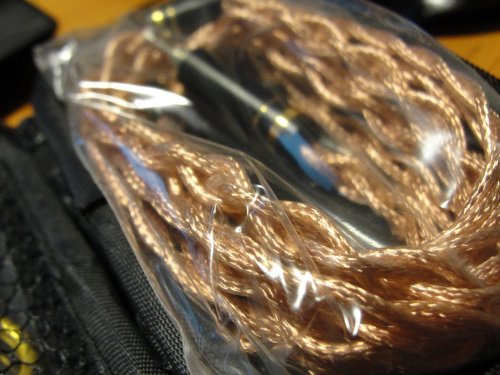 The give and take of such thick cores means these are not as pliable as thinner cored cables, they are still very soft and bendable but due to the thick cores the cable does end up being a bit bulky. But hey nothing says you're serious about sound like having a full on thick cable protruding out of your ears. In fact it is not only a statement but again has an actual function. Function over form in this case the sonic enhancement of the CU4 makes all good things about higher end pure copper cables into overdrive.

Sonic shaping your IEM sound signature is nothing new but doing it with a cable might be something new for folks that are just getting into the hobby or for more open minded experienced enthusiasts who like to tinker with cable effects on their favorite in ears. 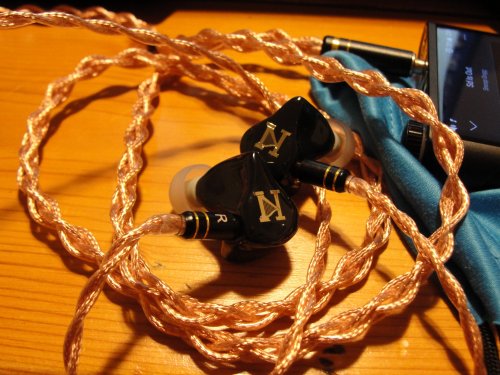 Truth is, some cables will actually hold back the sonic qualities of some of your in ears. Especially seen in the budget realm. Manufacturers will throw out an earphone design with 5 drivers in them and then throw in a cable that don’t do anything for the overall sonic qualities. It is a good way to “cut corners.” as the main focus is in what and how many drivers are used for the earphones themselves.

Cables like the CU4 are all about opening up the full sonic potential of your in ears and here is how the CU4 will affect them. 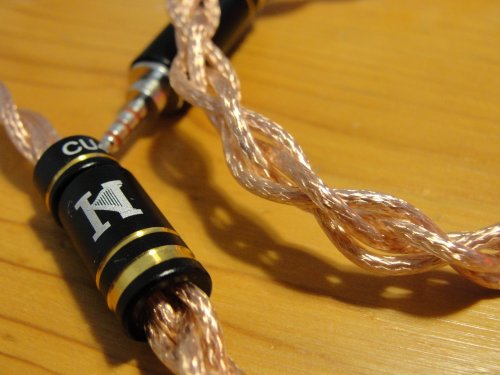 Sonically the CU4 with its thick 4 cores for crystal copper will smooth out your BA based in ears. It does have an effect on dynamic in ears but more affects BA designs more so than dynamic in ears. Good copper based cables warms up the sonic qualities of your sharp analytical in ears to the point where they sound more natural, more dynamic in quality, more fuller bodied, adds density to the sonics, brings more impact to the bass, gives added texture to the sub bass. Adds fullness to the mids. Treble becomes cleaner vs overly cooked. This is a given but then when you add a thicker core count as in the CU4 it adds that musical injection to your highly detailed in ear now becomes much more natural sounding, smoother, a bit more relaxed while adding body, space and stage to the sonics. 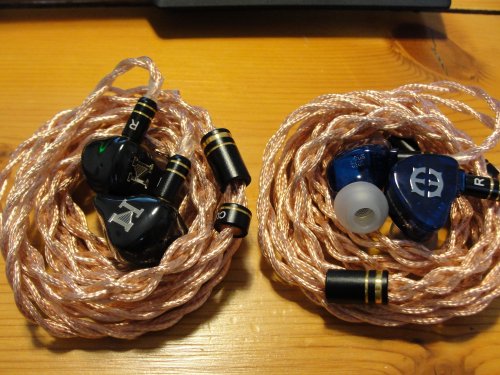 The Zeus demands a high quality cable and any real owner of the Zeus will tell you. Either you give up on them or struggle to match up the right cable. I can tell you guys as many cables as I own. None of them worked out on the Zeus. None and we are talking about easily over 40 different cables I have tried on them. Even higher end ones like the AG8. Electro acousti’s 175 hybrid cable. None.

So I figured it requires a copper cable to tame the hyper clarity and detail of the Zeus and even copper cables have little to do with meshing with the Zeus. 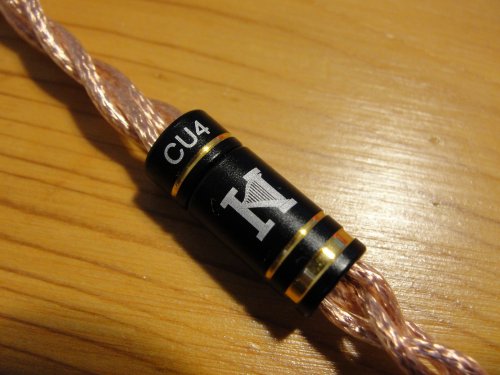 Then came the CU4. BOOM! Now I have seen the light. Now I am hearing the Zeus and what it is all about. Now I have discovered that it is indeed a flagship level in ear but it took just about every cable I owned to get it to this point. It took the CU4 to bring out the sound quality of the Zeus I had in mind when I first bought it. It came dangerously close to being sold off actually. I was about to give up but not any more.

The CU4 adds body the Zeus was missing. Adds density to the notes I am hearing which other cables refused to do even other copper cables. Adds to the low end of the Zeus which is not known for its bass capabilities but add bass impact and extension was one aspect I welcomed on the Zeus. Cleans up the overly done treble end of the Zues. It now sounds amazing and are now a part of my earphone rotation. 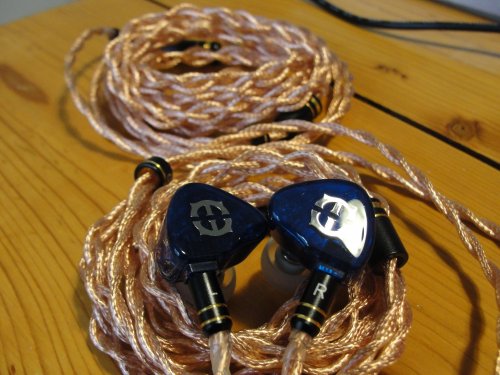 Much like the ISN AG8 which I ended up liking so much I ended up buying a 2nd set in 2 pin. I had to get a 2 pin version of the CU4 for my Zeus. Initially the one I tried on the Zeus was actually a mmcx version using a 2 pin adapter. It was all I needed to hear. The Zeus has finally shown me what it is capable of and it took the CU4 to do it. For this reason alone I would gladly give it 5 stars. But what it does to my other in ears also has a similar effect.

That added body for sonics is the one constant. Thickens the sonics of any in ears you're listening to. Adds a thicker fuller weightier note to the DUNU LUNA. Adds density to the sonic notes including bass with a clean detailed extended treble range. 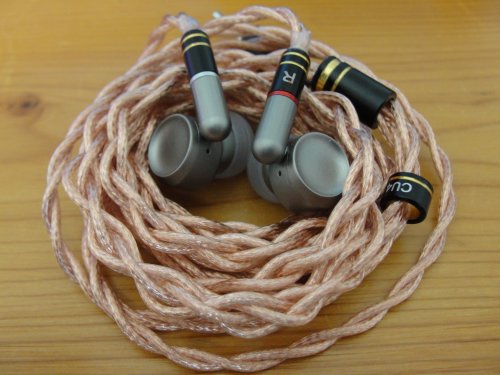 Bass guys take note. You want that full body in the bass area the CU4 is it. It is made for the low end and dense mid section for your vocals and timbre of instruments. The CU4 has an added effect of smoothing and cleaning up the treble end. The Zeus on some cables was not listenable. Anything with silver in it for example. Zeus is not one to use a silver cable with.. There is almost too much auditory information. Ear fatigue was real on this set using silver cables. My love hate relationship with my Zeus was from using one cable then another to try to get the sonics to be shaped the way I wanted from the Zeus. My Zeus wanted none of my cables, that is until I threw on the CU4 for the first time. 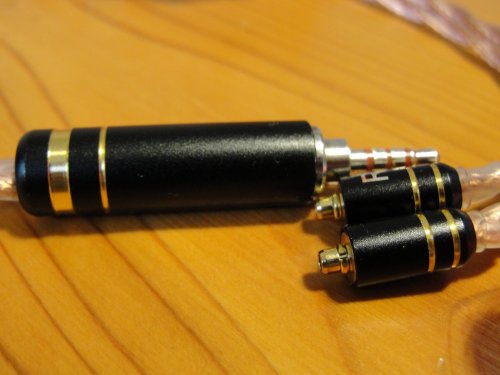 CU4s add depth and height to your in ears as well as stage. Less copper cables don’t have a tendency to add stage but the CU4 does. While not as expansive as silver based cables the CU4 does just this. The thick cores show a sound expansion in all directions for your in ears and this adds to the musicality of your favorites.

Sound synergy and how you pair up cables, and the earphones they are attached to makes a big difference. For example you shouldn’t use silver based cables for something that is already highly resolving. Unless you are into your detail overload sonically. And you shouldn’t add a copper based cable for something that is already full bodied and warm sounding. Go for the opposite and this will be your clue to matching up the right cables to your earphones for the right synergy. 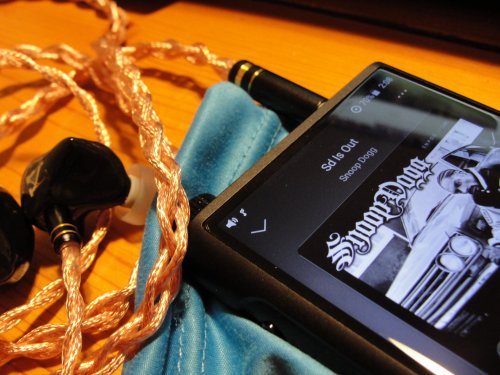 Cables won’t drastically transform your earphones to be something completely different. What they do is add a bit of enhancement to what is on your earphones and if used correctly can mean the difference between hate and or love. The CU4 is a musical cable that injects some meat to them bones and for that it gets nothing less than a perfect score from me. Love this cable and it is something well worth getting if warmth is needed for your bright analytical tuned in ears.

As always thanks for reading, stay home keep safe and now is the perfect time to experiment with them cables and find that synergy you're looking for.
Last edited: Mar 31, 2020
Reactions: buonassi, katatonicone1, SlipperySquid and 1 other person
Read more…