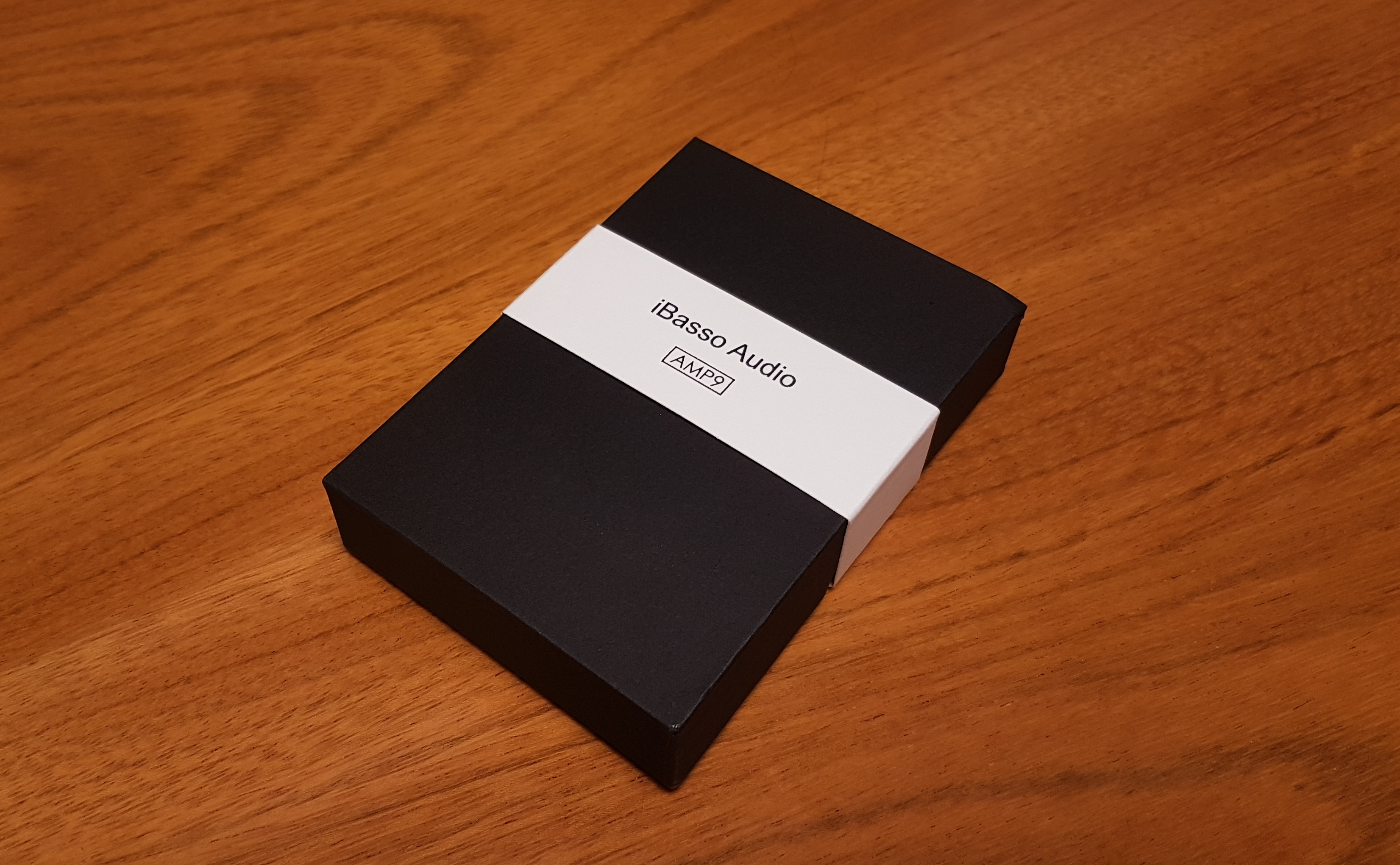 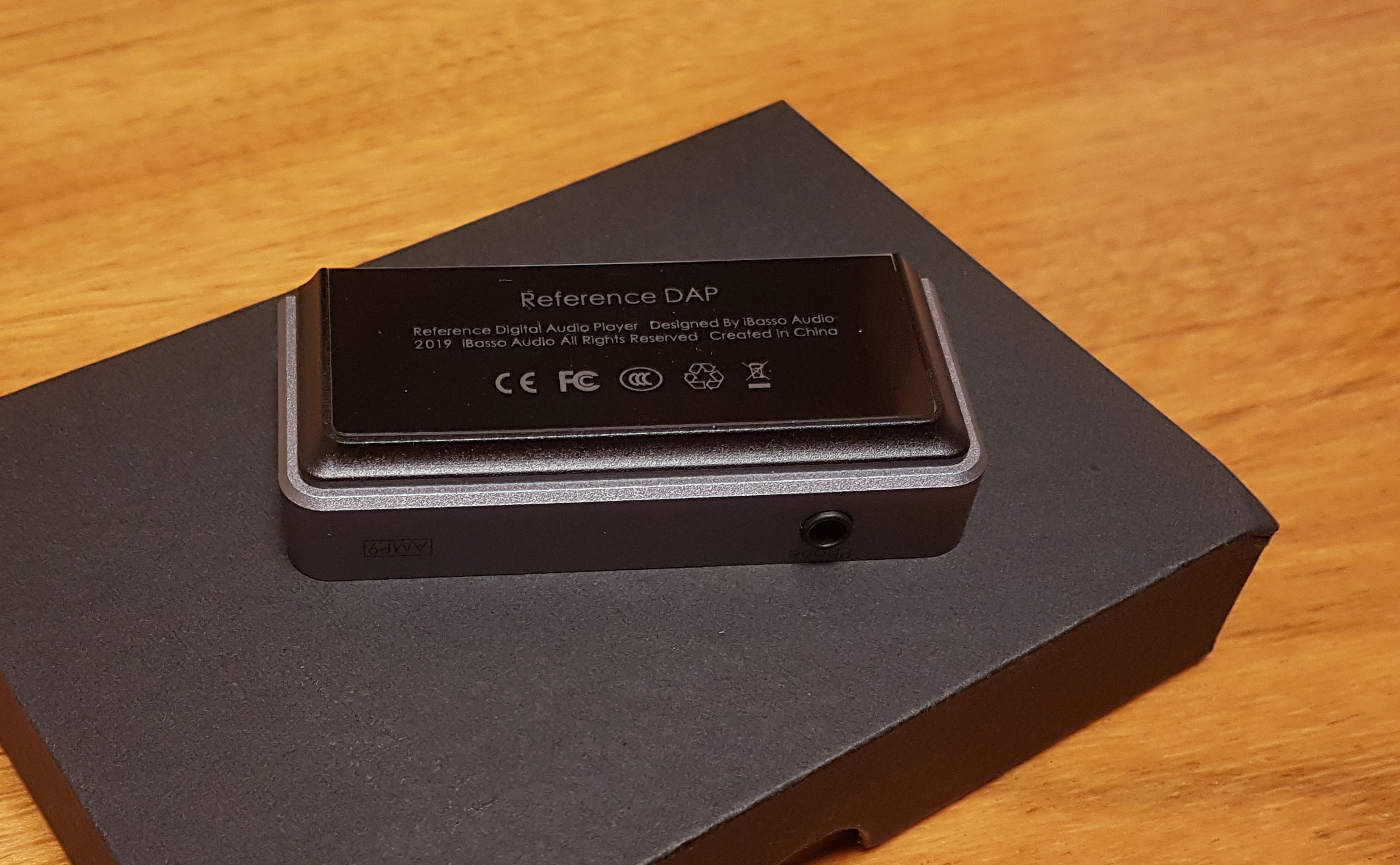 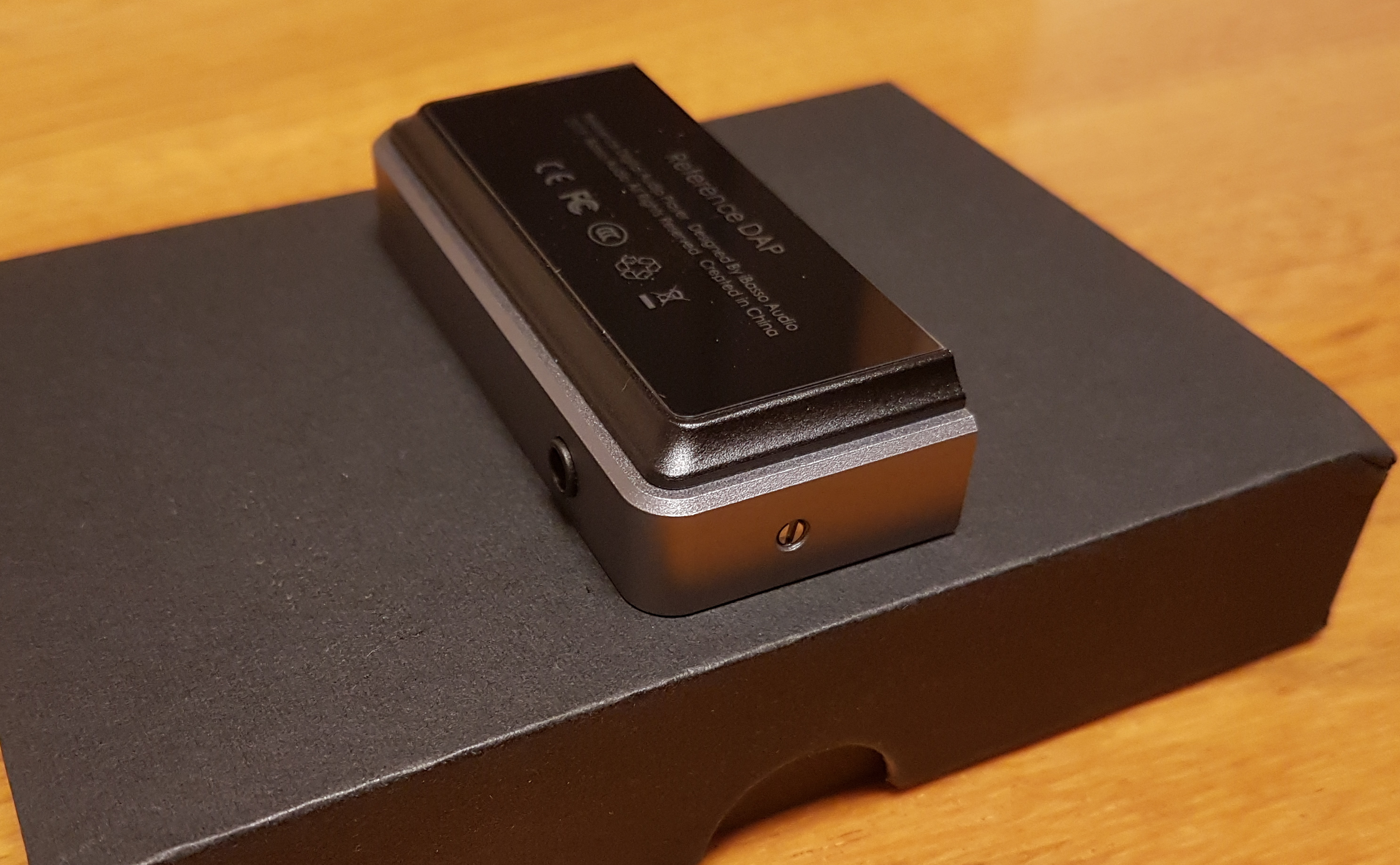 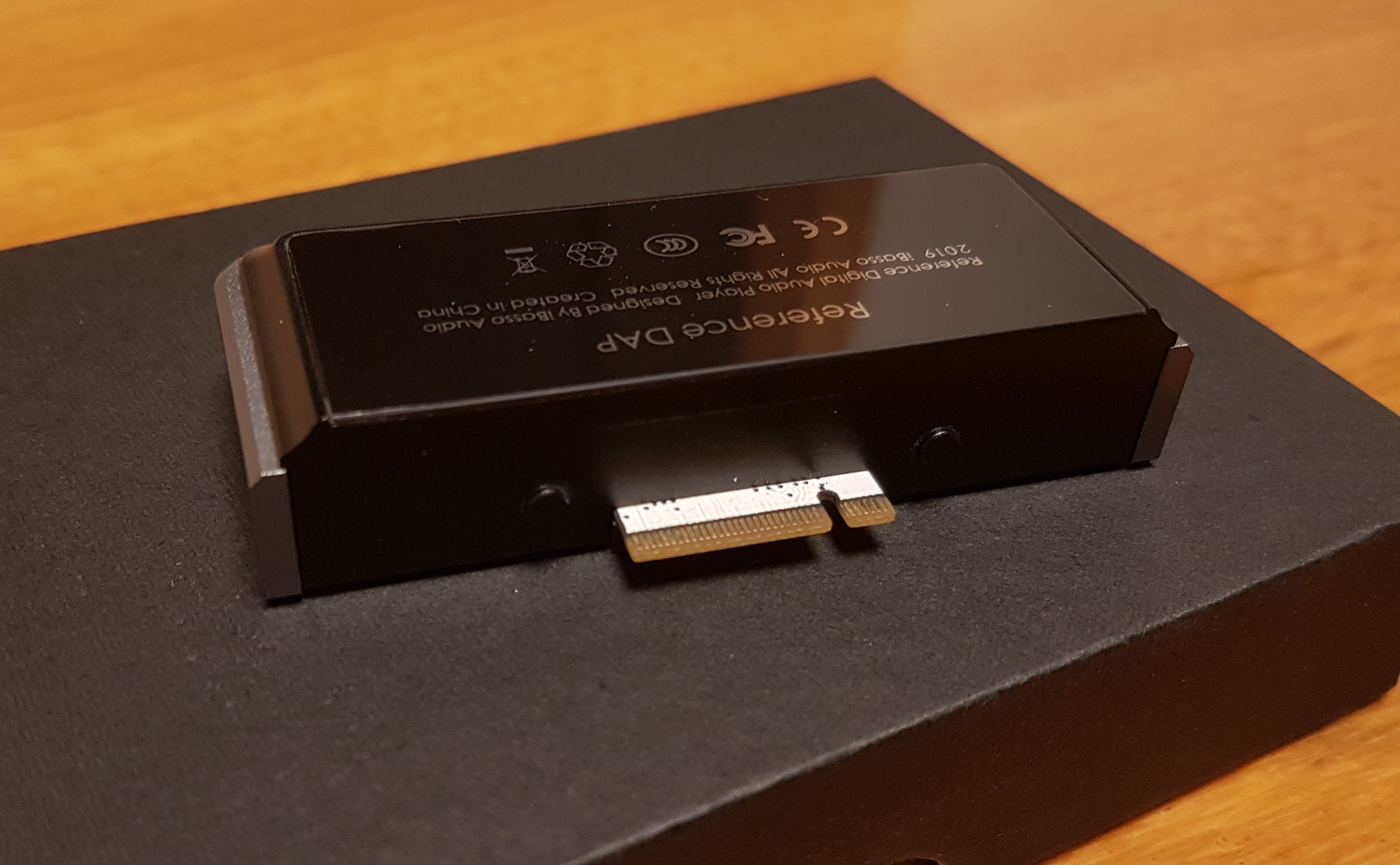 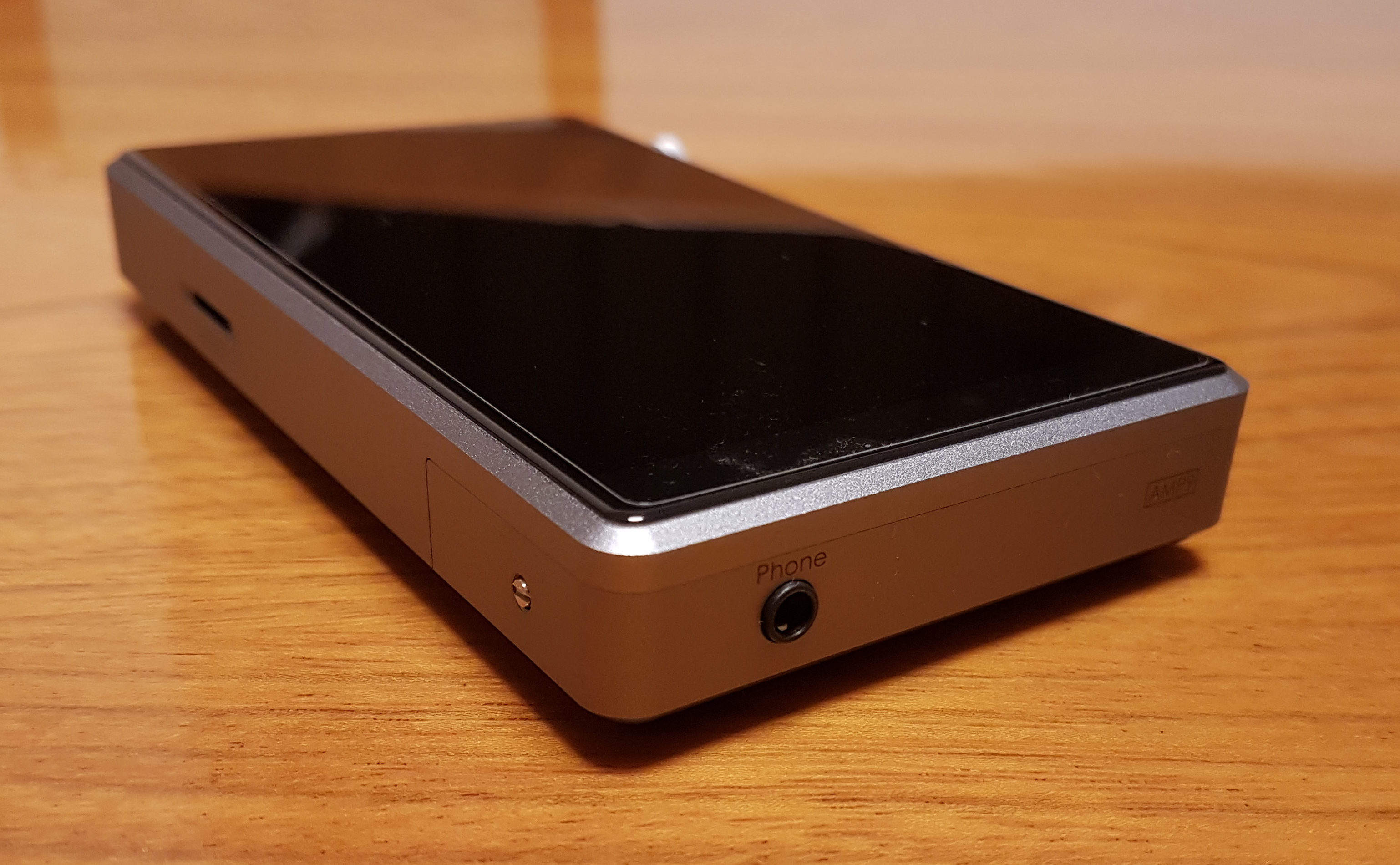 The AMP9 amplifier card follows the design of the new DX220 portable player with its renewed AMP1 MKII card, made of CNC machined aluminum for sides and inner part but with the back panel being made of 2.5D glass, instead of the whole metal back panel on the previous AMP modules. They are all compatible with the DX220 and DX150 and the new DX220, just that only the new AMP1 and AMP9 are matching the whole glass finish of the DX220. While for the AMP1 MKII it is more a matter of looks and design, for this AMP9 the glass panel applied also works as a window to see the installed small tubes inside.

​
The AMP9 uses 6th Gen of Nutube vacuum tubes made by Korg/Noritake, which are very small as can be seen from different photos. Of course, when the player is on these small tubes will glow in green color; they may look small compared to the large DX players, but still give a cool touch, nonetheless. Due the complexity and limitation of the amplifier cards, the AMP9 is available only in 3.5mm phone output. The installation is very simple. It is recommended to have the player turned off, then with the included screw remove the small bolts on both sides of the current amp, and finally slide the amp card to completely remove it from the player and install the new card.

Full specifications are not listed for the AMP9, and there is no suggested battery time. The output impedance is of ~0.3 ohm and with the DX220 player the battery runs about 6~7 hours, so a bit lower than with the included AMP1 MKII which reaches about up 8 hours (same screen usage and continuous playback of the same music files mix from FLAC and 320kbps MP3). Considering the higher volume level needed to match the AMP1 listening level it is a fair playing time.

The following impressions on the AMP9 are based using the iBasso DX220 and compared to its new included amp module AMP1 MKII. The combination of the high quality ESS Sabre DAC chips and the new AMP1 is already very impressive as expressed on the recently posted DX220 main review. The DX220 alone is a very versatile player with the 3 gains options and wide volume range and control matching most efficient to more demanding gears. If the various digital filters differ very little with the AMP1 MKII, there practically no differences when using the AMP9 with its more authoritative, colored sound of the tubes inside. Changes from Mango OS and Android OS through Mango main app are still noticed, but also less pronounced, again for this same reason.

With AMP1 MKII, the DX220 is rather neutral and very well balanced. There is fullness that still keeps great sense of transparency, well weighted notes and a natural timbre. Furthermore, it stands out with great extension and wide soundstage.

First thing to notice when switching to the AMP9 is the lower output power when compared to own 3.5mm output of the AMP1. A higher volume is needed to match a similar listening level of the AMP1, about 15~20 steps more (on Mango OS) depending on the earphones and selected gain. This is quite reasonable if taking in count the size of the amp module and the small tubes applied. The AMP9 is not meant to give more driving power for demanding headphones, but to bring true tube type of sound out of the DX220 and other iBasso players. For sensitive to moderate sets there is plenty of power with all the dynamics and control needed.

In terms of sound presentation the changes are quite immediately noticed. Despite being a small amp module, the tubes’ sound is clearly there. The AMP9 brings forth a much warmer and smoother overall sound. It is fuller in texture on lows and low-midrange notes with still energetic yet more forgiving and upper-end. The presentation loses in overall balance and end to end extension, but in exchange gives a very rich tonality and more engaging sense of musicality. For the low end area, bass is enhanced with greater quantities over pure quality. Not only it is fuller in body but stronger in impact and sheer power, with more depth and rumble. The extension is less clear next to the voluminous bass and also less not as tight. Speed is almost unchanged, though it is a bit slower in decay, what works pretty nice with balanced armature based IEMs for a more natural and dynamic bass. The midrange is warmer and particularly much richer. Thicker, more bodied, and can sound a bit more forward and sweeter, especially better for vocal oriented genres. There is less air and not as great resolution as with the AMP1, but more musicality which can be more fun than the neutral, more reference sound out of the AMP1. Also, sibilance on upper vocals is less present even with most picky earphones. Energy is present on the up-mid/low-treble frequency, and then smoother and laid-back to the upper-end. The extension is more limited with a little roll-off at the upper region, sounding less resolving. Technically, the high level of detail is still there, just less obvious due the thicker and more forgiving presentation. Compared to the 3.5mm output from the AMP1 MKII, the soundstage is bit less wide and more intimate, similar in height but overall less 3D sounding; but anyway, for best soundstage dimensions the current 2.5mm of the AMP1 is the clear option.

The synergy will depend on the user’s preference, but I find the AMP9 to pair very nicely with some light bass to bright sounding sets and BA IEMs. Surely the top clarity and detail could be missing, but then the presentation is more engaging and enjoyable with a more organic sound. Mid-centered earphones do also pair well if you prefer a thicker and even bit more forwarded midrange with sweeter vocals and smoother, less air and pronounced instruments separation.

Apart from needing some higher volume, there are no issues for the AMP9 to drive the both Dita Twins, Fealty and Fidelity. The synergy is very good, as both have a very spacious and very dynamic sound. Out of the AMP9, the Fidelity sound is a bit more lively, in a wide v-shaped signature, where the bass is more present, nothing heavy but yes more impactful. Midrange is a bit richer but less open and resolving, and while treble not as detailed, it is more forgiving and easy to listen. The Fealty sound is thicker, with even more powerful bass and also more low-treble energy. The midrange remains pretty much unchanged as it already has good presence and texture on the Fealty.

With the AMP9, the final B3 has best synergy. The final B3 already shows very sound tuning with clarity and balance for a dual BA set. The soundstage is not its strength, so the AMP9 does not limit it any further. Instead, the B3 sounds stronger and realistic in bass with more dynamics and natural decay. Midrange is more weighty and fuller in notes, even more musical and a bit smoother on the treble region.

Certainly, my impressions on the Campfire Audio IO weren’t very positive. Regardless the source used, there was something missing on the IO here and there. The AMP9 is much more favorable for the IO, receiving some of the needed fullness from bass to low midrange, and better rounded upper midrange with a more forgiving treble. The presentation is indeed more balanced, despite lacking the soundstage expansion, but overall it is more enjoyable.

The IT04 showed fantastic synergy with the DX220 and its AMP1 in the balanced output, for a great balance and full sounding presentation, very wide stage and high level of detail. While on the AMP9 it is limited to be used as single ended 3.5mm, the tube type of sound is well noticed on the IT04. The bass is powerful, more emphasized and energetic on the mid-bass, not as tight but still very controlled. The midrange is forward and heavier on the lower mids and less cold on the upper with sweet texture for vocals. The separation is less sharp lacking some air, but gain more energy on strings and brass instruments and more bite on electric guitars. The treble is less sharp but also less extended; however, it is probably more due being limited to the 3.5mm versus the balanced 2.5mm.


​
The iBasso AMP9 may not to be considered as an upgrade over the current AMP1 MKII, and hardly a side-grade. It simply offers a different type of sound presentation and it is very good. The price is more expensive and does not provide the same driving power of the balanced amplifier cards. However, it brings real tubes type of sound with just a single DX portable player. The sounds is unique, full and rich in bass response and sweet in midrange, presenting everything in a more engaging and very, very musical way.
Last edited: Dec 26, 2020
Reactions: illumidata, ehjie, Niyologist and 12 others