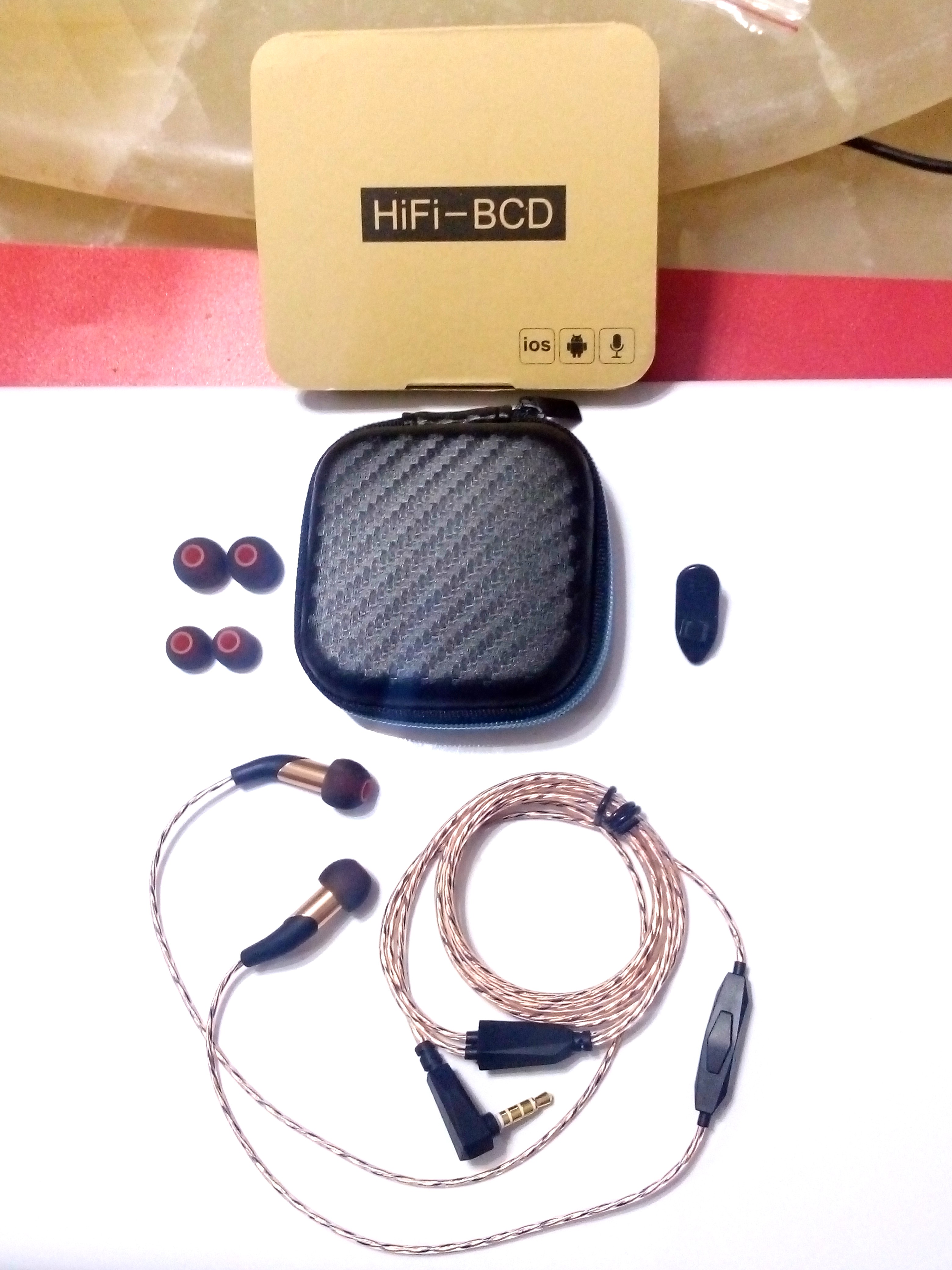 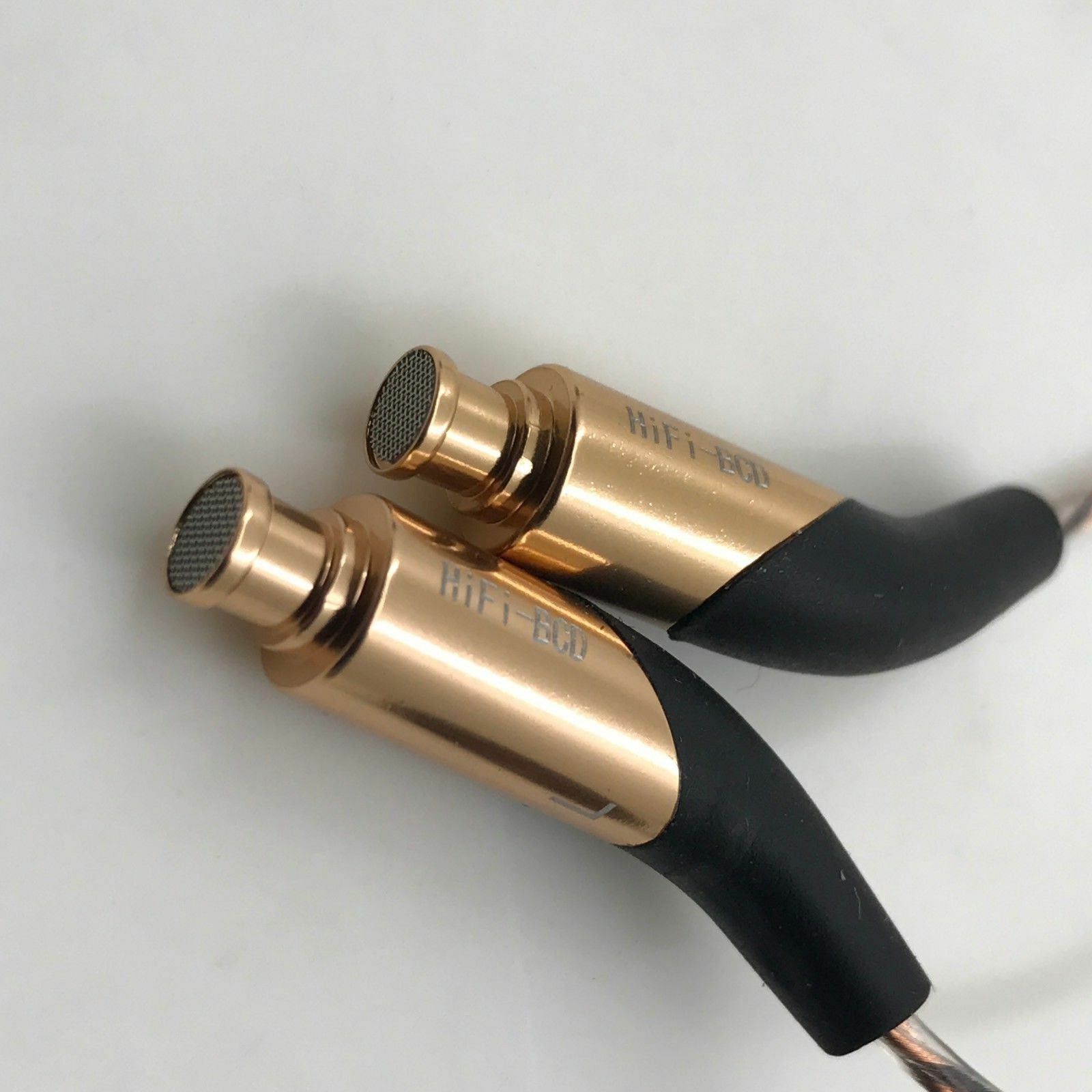 This is a review of a New DIY earphone, which I bought through Taobao: HIFI BCD micro-drivers. In the advert page it is stated as these pair of in ears is designed for music lovers . After giving the BCD a few days of playtime, I am very impressed with the sound they produced.They do get better with burn in and are sensitive to the type of tips used. Some experimentation with the ear tips to get the right balance and sound that u need. These IEMs remind me of the Melectronics M9 ( Famous in 2009) but tamer sound signature and controlled .

Sound signature: They have a U-shaped vivid sound signature (to be more precise, forward vocals and soundstage and some extra emphasis in the bass and treble). In between mild an impactful averaging on the both. Spacious and articulated. Smooth but with excellent timbre and layering and separation and imaging. The same songs i have listened to with other IEMS that cost 4x more compare to this $10 BCD seems to come more alive especially vocals and instrument ..Pretty surprised how they can give that chi-FI methods of armature/DD type sound signature with just single drivers. To give an idea of what they are suitable for - This earbuds are good if u like listening to modern new age music like like movie soundtracks like titanic or anything that is symphonic or orchestral.The sound natural and they do not have an impactful hard hitting signature. Just the right level to enjoy music the way it is produced. The sound isn't colored but presented raw and close to the original sound as it was intended.Overall the sound reproduction is resolving in nature and adds to musicality. One of the drawbacks is the speed . the drivers seem a bit slower than other iems to catch up with faster congested tracks.

Sound stage : The best part of this gems. 3D Deep natural sounding atmosphere with excellent separation layering and timbre. The sound happens on the same level as u with depth and articulation and detail with frontal surround stage.These aren't very deep V shaped as the bass is just little below the centre and with clear sub bass and forward mids. The highs mids and lows are part of the front sound stage articulation. The biggest drawback is that they lack the sound stage height of large IEMS. Understandably these IEMS are smaller in size than KZ types but they still manage to bring the sound stage out well. Stage is not only deep but wide as well..with the background reverb if the music calls for it.The stage fits orchestral pieces well and the positioning of the instruments were placed properly and . Imaging is top notch most of the times . Directional cues and sound movements being well represented as well.Naturalness in the sound spectrum is one of the highlights

Treble: Detailed enough, smooth, has a sense of Forwardness and body and no sibilant albeit they lack some resolution to the notes but have some good shine and air. They are smooth and vivid with the right tonality to give the musicality to sound.Liquid and fluid in texture with smoothness instead of crisp. They are not too airy but instead the airiness is passed to the mids and overall signature.

Bass: Another best part of this gems, The bass here is precise and well articulated . The sub bass is clearly present and impactful. The bass happens when the music calls for it. and there is a hint of sub bass even if there is no bass part. And there is ample bass and though they are of average detail with very good sense of reverb. The sub bass digs but in a milder deep V- shaped manner but one can clearly make out the separation and distinction between mid bass and sub-bass.The sub bass takes a prominent centrestage Overall the bass is absolutely enjoyable on these .

Overall: U may be hard pressed to find anything seriously wrong with these as they come incredibly balanced.Instead u wil love the sound signature as much as any KZ IEMs. To conclude , I am impressed with these cheap IEMs that seem to produce good sound and they should be ranked alongside other 30$-$50 IEMS. I wish to give a 5/5 but these aren't really suitable for fast music like EDM or stuff which are congested.For $10 it is a no-brainer. Highly recommended.

Reactions: Chrisrd, gourab1995, 1clearhead and 2 others

SweetEars
as i have said before they both have a similar sound sig but different on some technicality aspects as in the comparison above. both are equal
Read more…