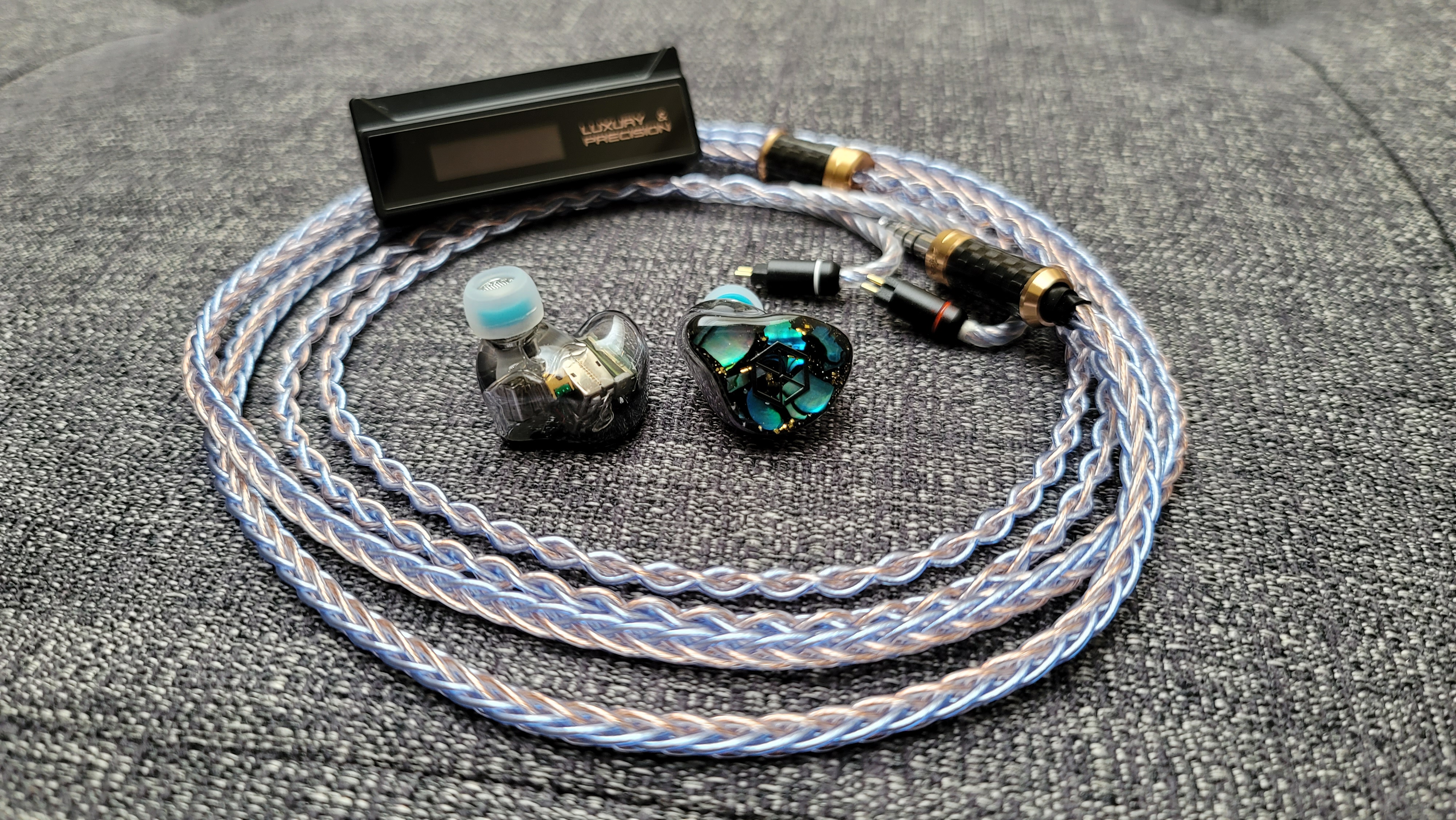 A V-shaped iem with spectacular clarity and resolution with no details to reserve. The SE12 is the quintessential bass-centric iem, tuned in favor of bassheads at the sacrifice of mids. This is by the far the punchiest bass I've heard with a high degree of transient attack. Its Achilles heel lies in the technical imagery presentation, where each note lacks space and struggles to distinguish one from another. If you are a natural-born basshead, the SE12 do live up by your alley. If you like "clear" sounding iem or any variant of the Harman target, do look elsewhere.

I prefer a clean sounding iem and with lots of sub-bass and 3k pinna-gain that is similar to the Dusk. I use the Dusk as my foundational reference point, as I believe it is impeccably well tuned all the way up to the 3k region, which from there on I have little expertise and knowledge in understanding my desired treble presentation. 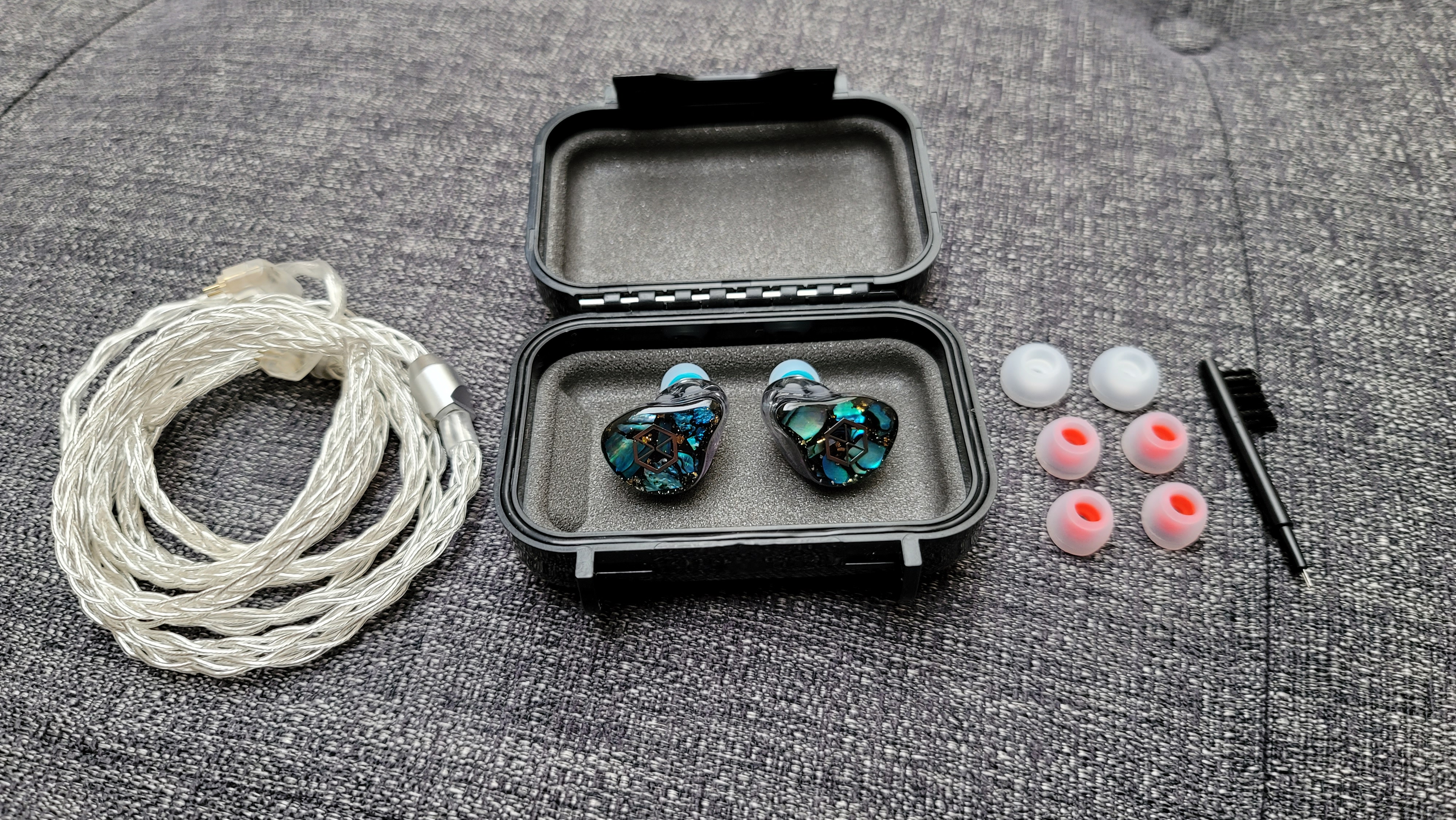 I've spent close to a month now trying to have a full understanding of the SE12 after a mediocre initial impression that kept me from writing a decent review. This will unfortunately be a short paragraph-style review that summarizes my general feeling of the SE12, but I do feel it will greatly benefit this community of ever-persistent enthusiast seeking after higher audio quality experience. 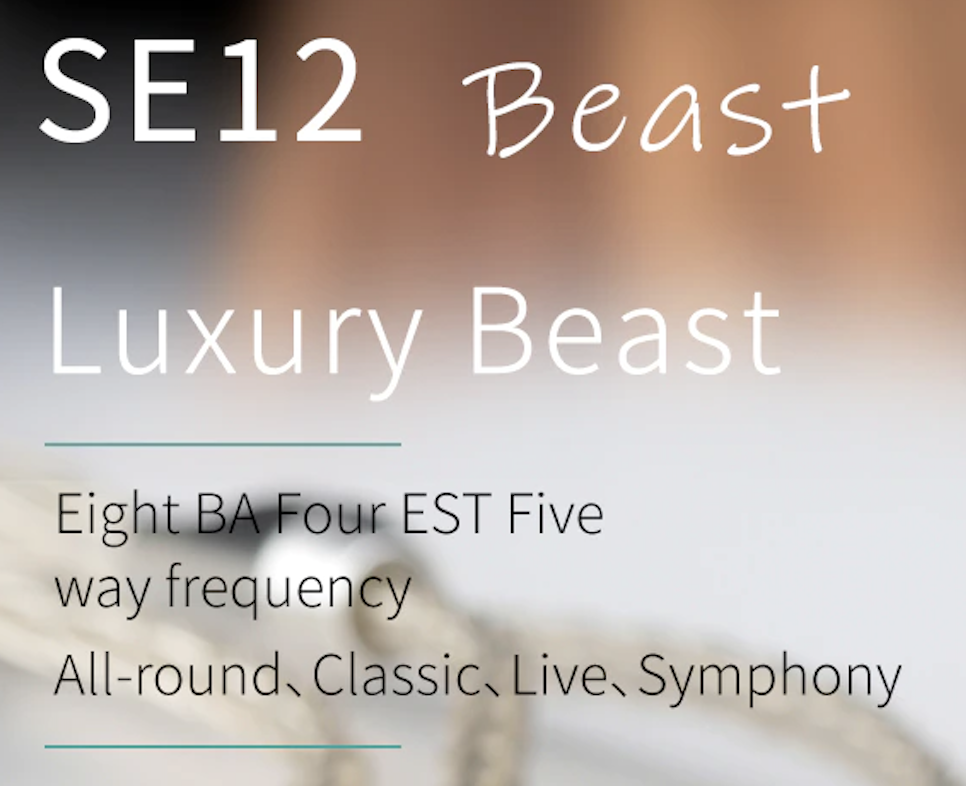 Now, I could careless about whichever catchy vernacular phrases they use for marketing purpose, but in the grand scheme of things, it does accurately profile the general sound signature of the SE12 in coherence with its "luxurious" shell. The SE12 is undeniably a V-shaped signature that aims to boost the bass and treble to a prominent degree. As a result, the midrange vocals take a step back to allow the rest of the frequency to shine. The "beast" within the SE12 connotes to the excellent bass reproduction in conjunction to the heavily bass-centric tuning and sheer technical resolution.

As someone who is not against V-shaped tuning (although not a fan either), this is clearly an overemphasis in wanting to please a niche category of bassheads without taking full consideration of the traditional audiophiles who appreciate a cleaner reproduction without sacrificing the mids. I'd like to give GS Audio the benefit of the doubt by giving leeway to their massive portfolio with numerous tunings and setups for consumers to choose from, but this is in no way a mature hifi tuning that prioritizes balance in respect to the different music genres people listen to.

To further scrutinize, it would make most sense for viewers to analyze and dissect the frequency response graph, as the sound is quite resemblant to how it graphs provided by the manufacturer (IEC 603 coupler). 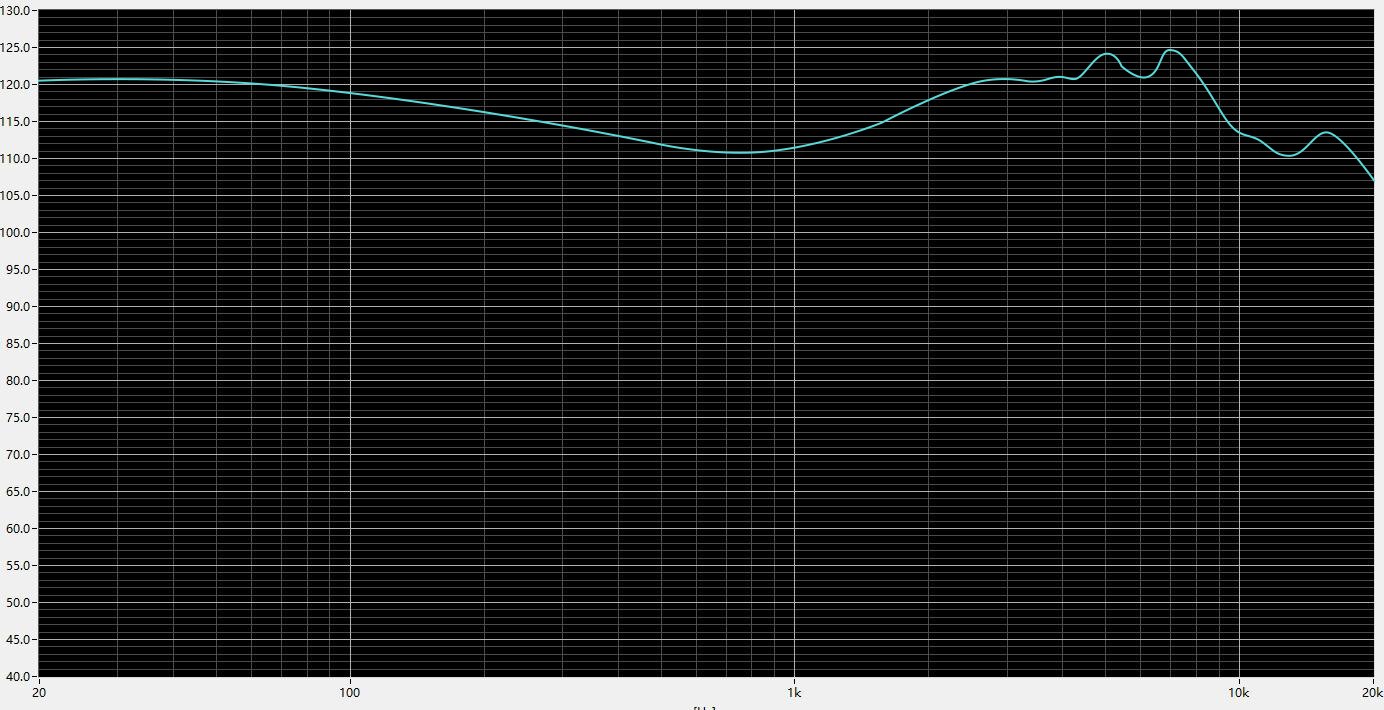 Personally, I believe ~250hz is the most ideal region to add incremental gain to transition into mid-bass substance and ultimately subbass impact without any bass bleeding into the mids. In contrast, the SE12 transitions into that gain starting from 600hz onward, which leads to a noticeable 3dB difference between 300hz and 600hz (and this is still within the lower-mid region). By the time we reach the 150hz mid-bass substance, we're already at a 7dB difference from the midrange. To my subjective listening, such tuning leads to the bass and mids meshing together, which is further exacerbated by the lack of separation of instrument. If it wasn't for its incredible clarity and high transient attack, its tuning alone would have induced a feeling of stuffiness, which would have been unforgivable at this price point.

The SE12's resolution is the saving grace that makes up for the lack of separation (in respect to price) by giving definition to each note, which in turn brings rise to dimensionality. Paired with this is its incredibly punchy and fast transient attack, which attempts to make a point why it deserves a flagship status. This is a highly resolving iem with a remarkable clarity and punch, which demands the listener's attention than to fade into the background. I found it fatiguing for long-term listenening session, but can see it being pleasurable for those who prefer detail-oriented signature.

Soundstage is intimate, but has good depth to add layers within the music. Unfortunately, the SE12 cannot take advantage of such layers due to its limited separation capabilities, rendering spatial positioning and imaging on a relatively flatter plane. However, it has enough potential to make me believe GS Audio can come up with a much more improved flagship. 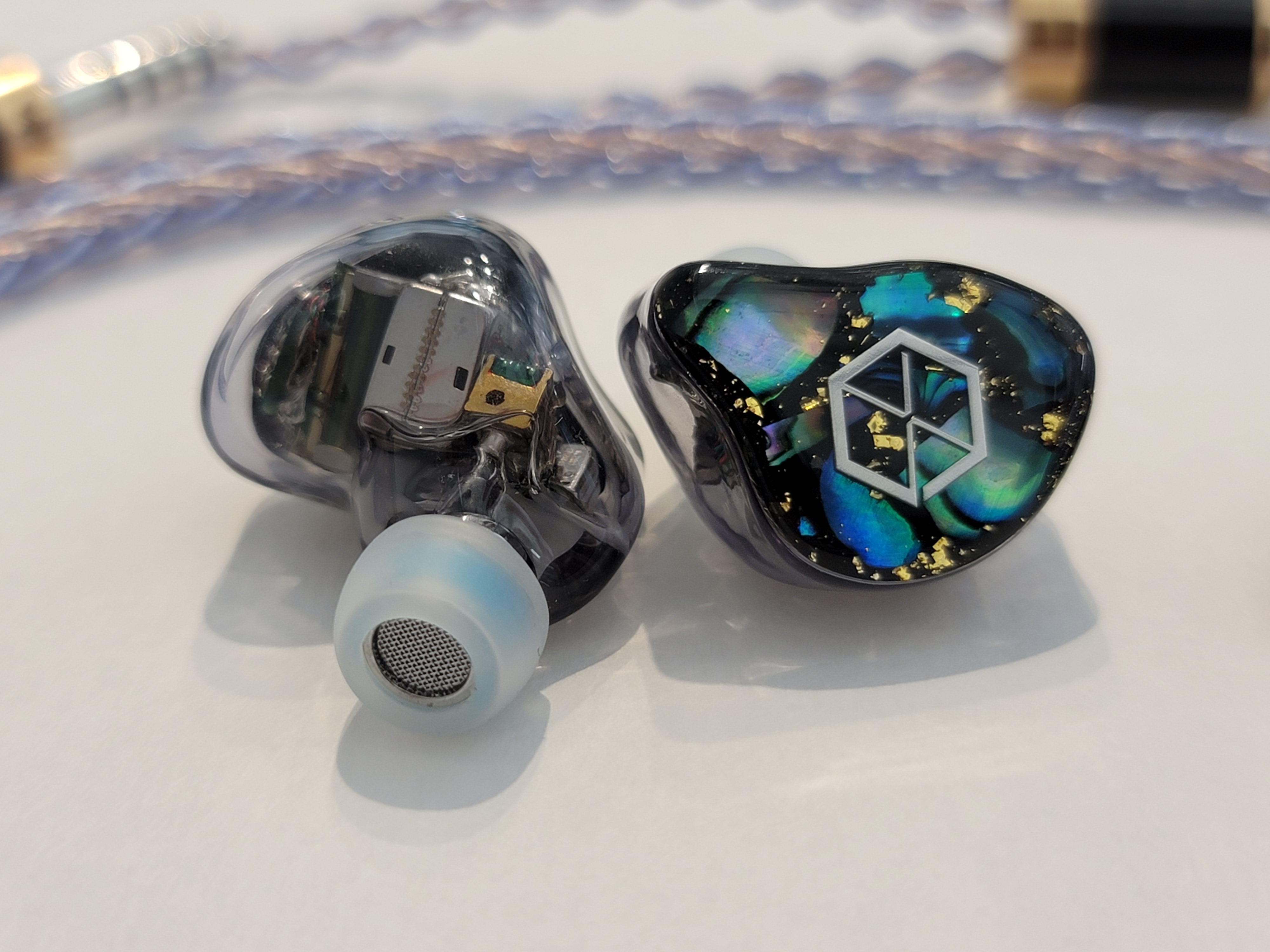 Bass is excellent in quality. The best BA bass I've heard without a doubt (albeit the BA decay), and scales exceptionally well with the right source and cables. I'd like to make a short personal anecdote that SE12 is the very first iem to have confirmed me a cable believer, which I know is an incredibly controversial topic. I find this as a sign of how flexible and source sensitive the SE12 is, but one can make their own decision after experimenting with this iem.

Midrange vocals has a surprisingly good natural timbre. If only the tuning gave leeway to more midrange prominence, I can see how it could be intoxicating for vocal lovers.

Treble is where I believe the SE12 ends in a lackluster fashion - more so than midrange - falling within the realm of mediocrity as I cannot audibly hear the benefit of having four EST drivers. There is good resolution, but nothing else to offer, besides the occasional sibilance in treble-intensive songs. There is a peak around the 5k and 7k mark, but remains relatively tame due to the overbearing energy in the mid-bass and lower-mid region. There is not much air to be found: both within notes and in its treble extension.

I've been very critical of the SE12, but such is the standard when it demands a flagship price in a competitive market. With that being said, the SE12 is by no means a "bad" iem, but moreso a prototype in my view, as a lot can be fixed through the tuning alone. This is a difficult recommendation at the $925 MSRP, but may fit in a niche collection if available at a cheaper second-hand market.

SteveK27
@harshkamboj
Hello, my star-ratings are always based relative to price. It's been a long time since I've last heard the SE12 and it's difficult to comment on how it compares with my current equipment and the iems i've heard since then, as I have a much better source now. My biggest issue was its congestion and layering of sound, which should not be present when spending ~1k on an iem. This may change on a better source with a better dac/amplifier, but my review was solely based on the Luxury Precision W2, which is pretty well-regarded in and of itself.

SteveK27
@harshkamboj
For ~1k, my number one recommendation would be the Fibae 7 in the second hand market. I can also recommend the Monarch MKii if you have a good source/dap to pair it with. Andromeda 2020 is also an excellent choice, although it's very sensitive to hiss. There have been a few ravings of the Helios as well, but personally it's physical form factor was too uncomfortable for me to recommend, but if it fits your ear anatomy then you can consider.

hevelaoak
it has dampeners for Sonion ESTs?