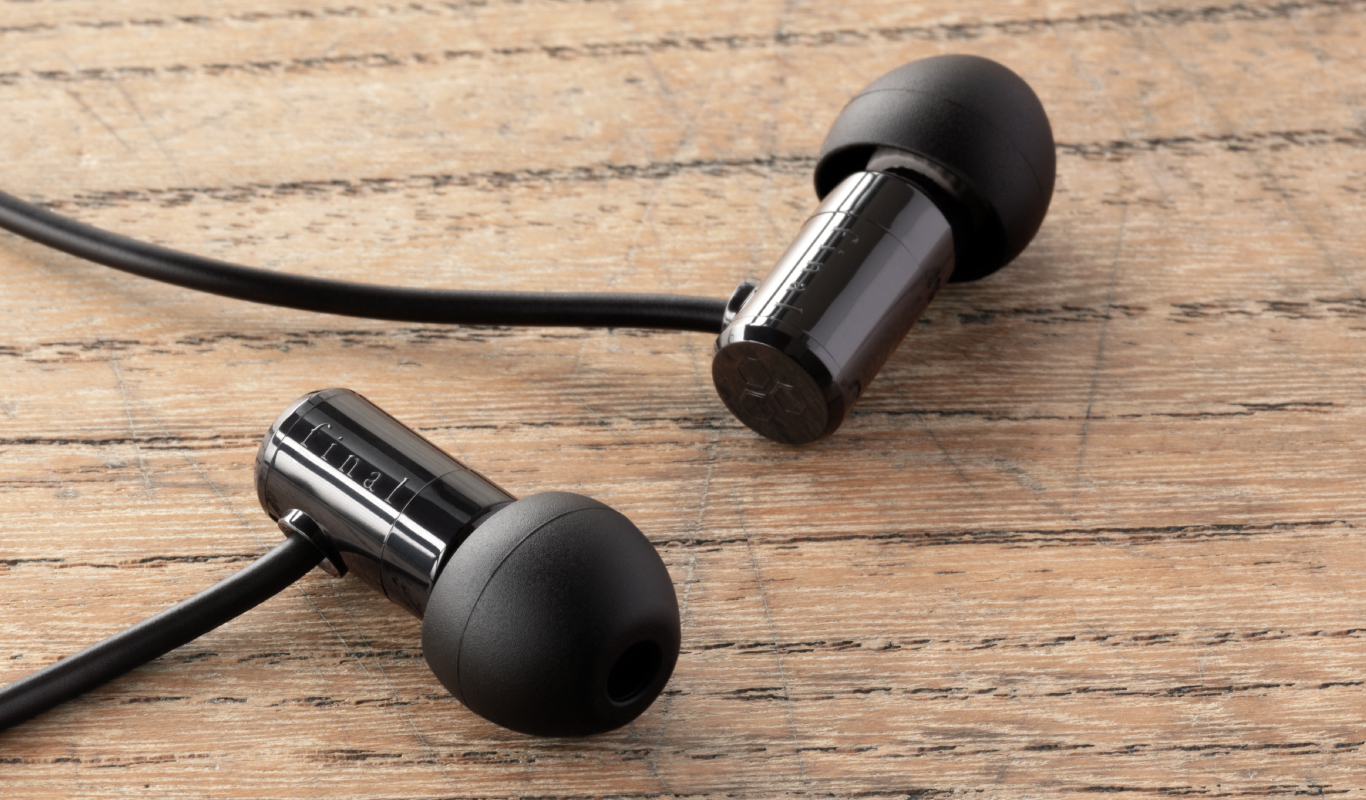 In 1994, Grado Labs introduced the SR-60 headphone for $69 thereby changing the public's perception of headphone sound at a modest price. It was a huge success (I should know, my store sold many hundreds of them). Customers were amazed by the clear sound, and it didn't take any salesmanship to encourage them to make a purchase.

Fast forward 26 years and I predict final's introduction of the E500 will accomplish a similar fate. I'm getting ahead of myself, but this modest looking IEM is a paradigm shift: I was completely surprised at the quality of its music reproduction, a neutral tonality throughout the entire frequency range with a soundstage that impresses given the $21 price on Drop. 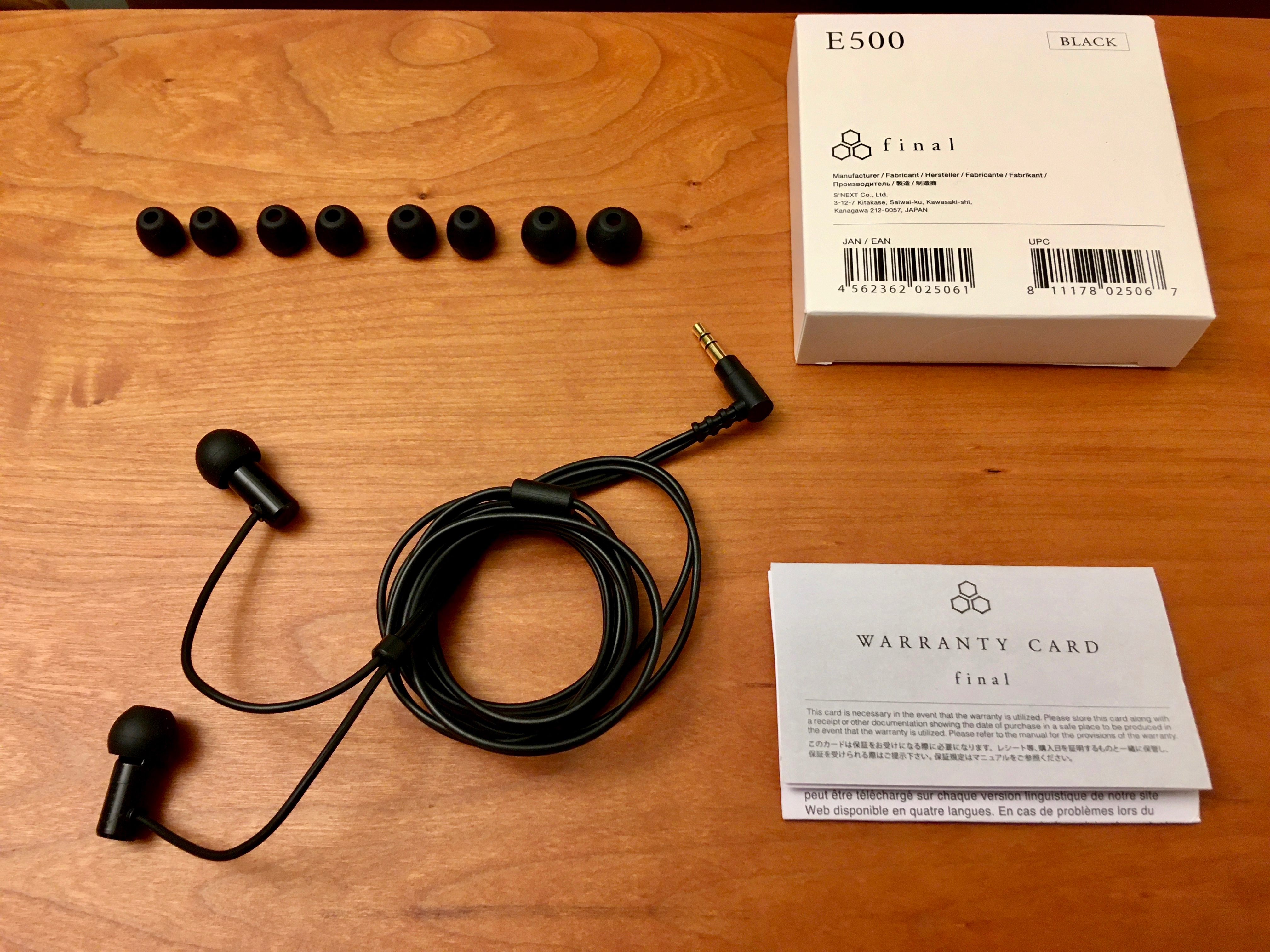 I purchased the E500 for this review, and I primarily used my iPhone SE as my source playing lossless music. Following final's guidance, I burned in the E500 for 100 hours before I did any critical listening. No EQ was used in my sessions.

The E500 uses a 6.4mm dynamic driver housed in an ABS casing. Final's intent with this new model was to address the growing VR and gaming industry's need for earphones that are designed specifically to reproduce the spatial elements innate in the play experience. Additionally, binaural recordings are gaining popularity on YouTube and elsewhere, so the E500 with its relatively flat response is well suited to show off how engaging these recordings can be.

Although the emphasis in design is for enhanced spatial reproduction, the E500 does a fabulous job in reproducing music, and other than listening to it while playing on my Nintendo Switch, my focus, as always, was listening to music.

This is an earphone that works well with most music genres due to its neutral reproduction, there are no extremes in its response that I can hear. The mid-bass performance is surprisingly good although I don't hear much in the sub-bass (<60Hz) spectrum, but I have often found myself smiling on the E500's overall low frequency fullness.

The midrange is very clean with no bass bleed to detract from vocalists and instrument fundamentals. The upper-mids/lower-trebles have no hint of sibilance, so the E500 is very good for long listening sessions which I like a lot. The trebles are a tad soft, to my ears, but given the extremely affordable price, easily forgiven. Still, there is some sparkle to the upper frequencies in recordings that emphasize this range.

Now we get to the noteworthy part, spatial reproduction. For this I listened to a hi-res binaural recording by Lenny White, Explorations in Space and Time, purchased from HDtracks. No question the E500 is adept in showing off a holographic soundstage. Well done!

The E500 is an enjoyable listen, and continues to be after the wow factor has worn off. Due to its modest sensitivity (98dB), a phone can easily handle the job, but the E500 scales with better gear and higher power. I tried my iFi nano iDSD Black Label, and the E500 played with greater dynamics and speed, so definitely use better gear for the full experience. In its day, the SR-60 was a harbinger for better sound at a modest cost, the final E500 now takes the baton in affordable excellence.
Last edited: Jun 21, 2020
Reactions: Tchoupitoulas, FlowLikeWater, scottsays and 10 others
K
Khronos
What about KSC-75

I know about the KSC-75’s reputation, but I’ve never listened to it.