The base model of the new Adagio series!

Before I begin, I would like to sincerely thank Yoko at Final Audio Design for providing a sample of the Adagio II for review. I would like to clarify that I am neither affiliated with Final Audio Design or any of its staff, nor am I being paid or compensated in any form by writing this review (aside from the provided review sample). All opinions expressed in the review are strictly my own unless otherwise specified, and as such, your mileage may vary. All photos in the following review are also my own unless otherwise specified.

This is part three of a four-part review series; if you haven’t ready the other two, you can read them here (Part 1) and here (Part 2). Now, this week, we’re focusing on the entry-level model of Final Audio Design’s dynamic IEM line – the Adagio II. Priced at around $80 $35, how do these stack up against some of my favorite IEMs at this price? Let’s take a look. 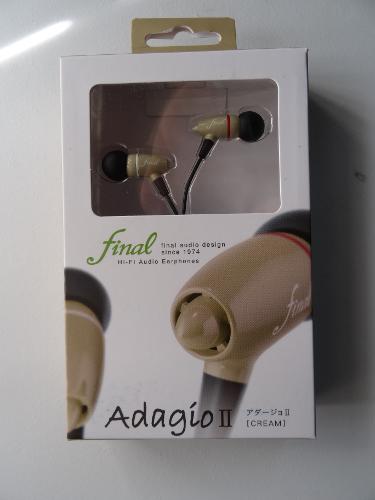 The Adagio II comes in a simple box that isn’t much different from its cousins. This time around, the box has a clear window through which you can see the housings of the Adagio. On the back, you have specifications and a quick description that reads: “With a shape that optimizes the flow of air inside the housing, the Adagio II series provides a three-dimensional sense of space and excellent base.” Later on we’re going to be proving those statements right or wrong; but for now, let’s focus on what’s at hand.

Opening up the box, you are greeted with the IEMs themselves, an instruction manual, a 12-month warranty card, and two extra pairs of silicone eartips. I would’ve liked extra accessories, but having already seen two of Final Audio Designs’ offerings, this doesn’t really come as a surprise to me anymore. 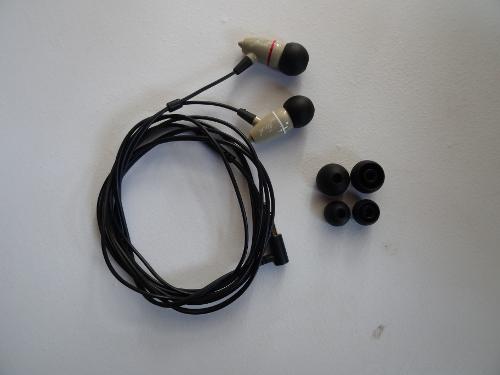 As you can see from the picture at the beginning of this review, the Adagio II looks like a tiny jet engine, but drenched in a cool latte colour (also available in black and blue). This jet engine housing design is used as the medium for FAD’s Balanced Air Movement (BAM) technology, which increases and optimizes airflow in the housing. Another nice detail to the Adagio is the coloured plastic rings that are your left and right indicators (on top of the already-marked stems on the housings). It’s really useful for those times when you need to know which is left and right – which, in practice, is every moment before you put on an IEM.

Despite the housings being made out of ABS plastic, they have a remarkably premium feel to them. Their strain reliefs are just long enough without being something to worry about, although the Y-split is still a little too conservative. The round cable is identical to that of the Piano Forte II, and exhibits very little microphonics, even while worn straight-down. My only gripe with the cable is that it feels a little bit too thin – although for everyday use I’m pretty sure they will hold up.

The Adagio II has a straight-down design to them, but can be worn around-the-ear as well. However, this is probably the first time I’ve preferred wearing an IEM straight-down only. It’s not that there are fitting issues wearing around-the-ear; it’s that they are somehow much more comfortable when worn this way. They stay securely in your ears without any risk of them falling off, and their custom-made eartips are just the perfect size for my ear canals – which altogether make for amazing comfort. Despite having lots of vents in the back, they still manage to isolate pretty well – although not as well as, say, the fully-sealed Heaven II – but it isolates well enough for regular everyday use.

Most of my listening during the writing of this review was done through my iPod Touch and my PC, both running the Adagio II unamped. Nothing fancy here – just a realistic setup from a consumer’s (or inexperienced audiophile’s) perspective. During the amp test, I will be running the Adagio II through a Yamaha RX-V359 speaker receiver. As for the EQ test, the EQu (iOS) and Electri-Q (PC) apps will be used. The eartips used during the review are medium-size stock tips and

The Adagio II has been burned in for at least 50 hours prior to the writing of this review. Over that time I didn’t notice any changes in the sound. The list of my test tracks playlist can be seen here, although I will note a few key songs during the review for a more specific point of reference. If and when possible, I’ll add a SoundCloud (or otherwise, YouTube) link to those songs. Now, without further ado, let’s get to it! 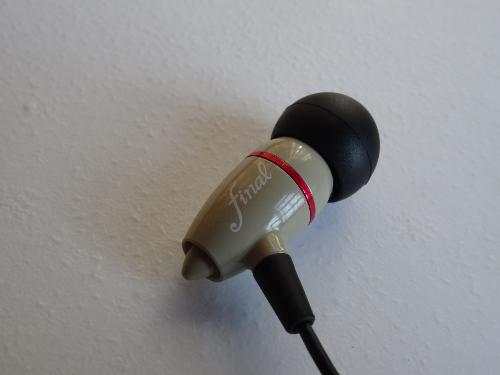 The first thing that came to my mind when I put the Adagio II on was bass. Lots and lots of bass. Having come from mid-centric IEMs that are lean in the low-end, this was honestly pretty surprising. It didn’t take long for me to adjust to the sound, though, and what I got was a pretty interesting conclusion. Let’s listen in.

For an IEM with a tiny 8mm driver, these put out an incredible amount of low-end. They’ve got excellent extension and power that makes them great for EDM and other bass-heavy genres. That extension allows them to reveal deep basslines in songs most other IEMs have a hard time reaching (Condukta – Virtual Oasis). Their BAM mechanism also helps in giving the bass a visceral, speaker-like texture that you can more than just hear – heck, you can literally feel the bass as it pounds in your ears. However, they lack the control to pull back on more mid-centric songs with a delicate balance of bass vs. everything else (Ed Sheeran – Don’t) – and, well, there are a lot of songs that require that.

Its midrange is as expected of a bass-heavy IEM – excessively warm, thick, veiled, and recessed. It’s very easily overshadowed by the bass in a lot of songs, EDM (Noisestorm -- Eclipse) or not (Coldplay – Always in My Head). Trying to listen to classical or acoustic genres with these IEMs is a tragedy by design. Guitars lose much of their tactility and ‘click’ because of the excessive warmth. Pianos and their natural ‘sweetness’ are also lost in the excessive warmth. Epic classical pieces (Cœur de Pirate – Metal Gleamed in the Twilight) are ruined by the overbearing low-end that apparently is a fan of those timpani drums – I, however, am not. Seriously, just don’t – your ears will thank you for it.

In most bass-heavy IEMs, the treble is most often used as a sort of countermeasure to balance out the bass and at least salvage a little bit of clarity in the process. But in this case, even the treble is dulled down by the sheer force of the Adagio II’s low-end. The midrange was already bad enough, so I didn’t really expect the treble to also cower in the face of bass. But yep, that’s exactly what the Adagio II did. (On a positive note, though, they’re still pretty good for EDM or rap and whatnot.)

The soundstage of the Adagio II is pretty average from what I can gather. The BAM mechanism certainly helps with giving the soundstage some extra air, but it’s too obscured by the low-end to be noticed. Probably its most noticeable effect is giving the bass its visceral impact – a quality I have yet to find in other IEMs. Overall, the Adagio is an IEM that lives for the sake of bass. In doing so it sacrifices overall balance, but when you have bass with this much impact and rumble, bass-lovers probably won’t look much further than this. 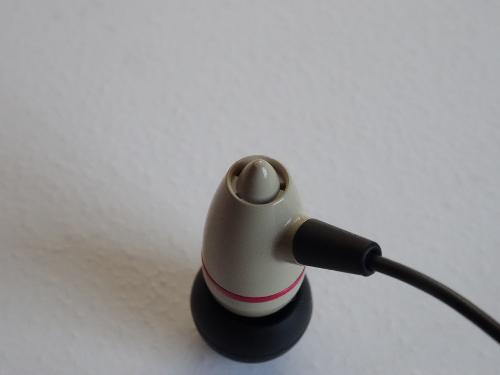 When used to play games, the Adagio II stands in a pretty grey area. The Adagio lacks a lot of detail and clarity for them to be classified as a ‘competitive’ type of IEM, but they somehow manage to sound too overbearing in the low-end for them to be classified as a ‘fun’ type of IEM. In other words – don’t use these for gaming. At all. As for movies, the Adagio is pretty unremarkable. I could watch movies with these, sure, but many of my other IEMs provide a much, much more enjoyable movie experience.

The Adagio II is pretty responsive to EQ, and with a scoop in the low-end, already I get to hear some of that sweet midrange that I’ve come to love from Final Audio Design. I felt like they could’ve just simply left the tuning this way – fin, lively, and balanced – without having to deal with the 10 dB of excess low-end. Trying to amp the Adagio will wring out some results, like cleaning up the muddiness in the low-end, but isn’t much of an improvement compared to directly EQ’ing it down.

The FAD Adagio II retails for about $80 $35, which is about the same price as the Piano Forte II I reviewed last week. I feel the Adagio II has some value at that price, but to these ears, I don’t think I would buy these at all. However, I find these $80 $35 IEMs as a very good choice for bass-lovers who want the feel and impact of a speaker in a tiny IEM’s housing. But the question is, how do they stack up against other IEMs in its price bracket? Let’s take a look.

ON SECOND THOUGHT: Yoko contacted me about a while ago (see the Changelog for the exact date on when this was edited) concerning the reviews and that I have listed the prices wrong. The actual price for the Adagio is actually about $35, which gives them a much better price-to-performance ratio.

Versus Xiaomi Pistons 2.0 ($20)
The Xiaomi Pistons 2 are easily the best budget IEM I’ve ever heard, and all of the other budget IEMs I’ve reviewed couldn’t come close. And, well, in a nutshell, same goes for the Adagio 2. The Adagio 2 is a pure basshead IEM, which does excellently with bass, but falls short against the Pistons in everything else. The Pistons, however, are fun and balanced, and are an absolute joy to listen to. They’re nowhere near as bass-heavy as the Adagio 2, so if you’re looking for the best bass performance for $35, I think the Adagio 2 is it. 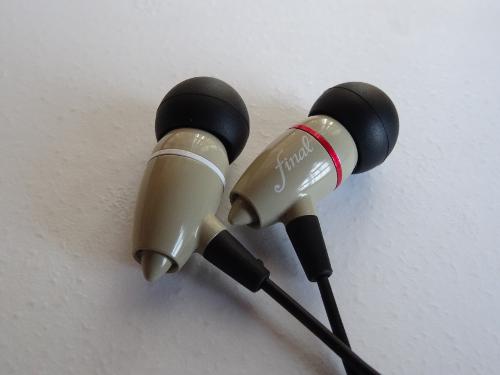 Clearly the FAD Adagio II isn’t an amazing IEM. It’s a very bass-heavy IEM that is a huge departure from what I’ve seen from Final Audio Design. To these ears, they aren’t a very favorable choice, but I can more than vouch for them when you’re looking for a solid, bass-heavy IEM and focus on getting the most visceral impact you can out of a sub-$50 IEM.

I would like to again thank Yoko at Final Audio Design for giving me the opportunity to review the Adagio II. I had a lot of fun exploring its nooks and crannies, and though I didn’t like it much in the end, I’m pretty sure some of you readers will. Also, I just want to thank all of you guys for the support you’ve given me so far. But I’m not yet done with reviewing Final Audio Design – there’s only one more review left to go through, and that’s an all-out shootout between the three products I’ve reviewed in the past weeks!

As always, the rest of the pictures taken for this review can be viewed here. This is thatBeatsguy signing off; thanks for reading!