Pros: slightly better highs, seems to be top notch quality matterial
Cons: Might bring forward a slightly smaller soundstage
I originally wanted to buy a  Fiio L8 cable but since they didn't have it I went for this at 10$ and I think it has kind of improved the music!

Being an electrical engineering student I can assure you that it's very possible to change the frequency response by choosing different wires and shielding etc. specially in wires longer than this one.

My test gear were as follows:
Fiio X1 ---> Fiio L16 Cable ---> Fiio E7k ---> 1More Triple driver earphones ---> Song: 24/96 Miles Davis's masterpiece "So What"
I know it'd seem that the price of the AUX cable doesn't correlate with the other equipment but as I mentioned before, it might really be worth it.

I have a nameless cheap short AUX cable and so I used that for the comparison. I played a part of the song 10 times and changed the cable in the process... and was surprised to find there actually was a tiny difference!
The highs get slightly more present and maybe clearer but - maybe as it should- the instruments got closer and the soundstage get's a bit smaller which is bad. I love my soundstage so I think I would have liked it more if is was the other way around and high were less present... but as I  said the difference was small.
The cable seems well made so I expect to use it for years .. if I don't lose it that is

.
The tough aluminum part can be unscrewed which can be a good thing if it ever needs repair which I doubt it would, if used properly.


>Photos taken by my Canon G12 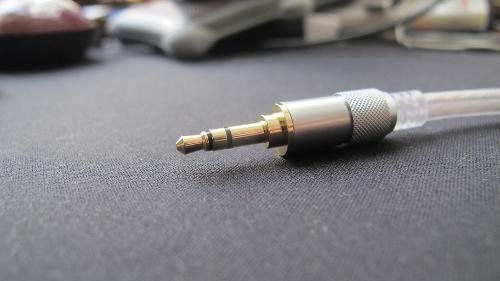 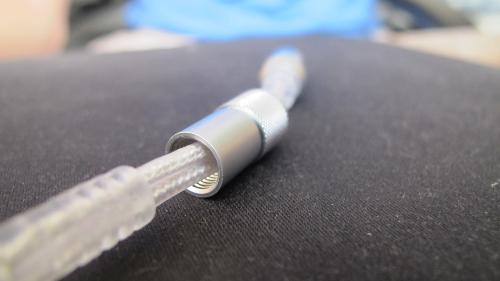 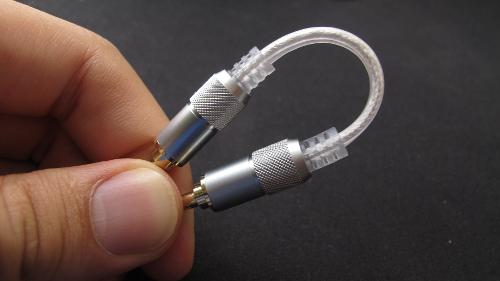 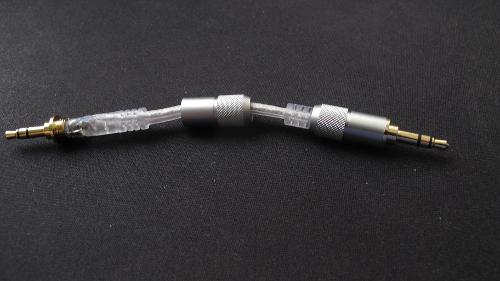 Minh Thnh
tks for your feedback bro !! i consider to buy a custom cable or Fiio L17 but after reading your review i strongly believe that i would bought a custom made cable
Pros: Clearer highs, slightly more detail, cheap compared to what's out there
Cons: Cable sleeve isn't as shiny as in pictures
I'll keep this short since, well, it's a cable.
I got it as part of the X5 stacking kit, to pair it with an E12A, replacing the original cable that came in with the unit (the L8). I imagined it's just going to be a pretty cable, but I was pleasantly surprised to actually hear a difference.
In a nutshell, compared to the "generic" audio cable, what I subjectively heard:
1. The highs became more audiable and clearer, but not fatiguing. I'm very sensitive to the latter so I guess that's an accomplishment.
2. The overall sound became slightly more detailed.

On the bad side, while the actual gold and silver connectors are gorgeous, the cable itself has a semi-transparent sleeve, which kind of looks smudged. Additionally, similar to Fiio's headphone cables, the silver plug can be screwed in and out for some reason. That's not really a drawback (I really don't know its functional purpose), but I thought I'll mention it here anyway.

To sum this up, I'm actually aware cables do make an impact. The improvement in audio quality with the L16 isn't day and night, but it's there and it's not hard to notice. I know that some companies out there are selling similar cables, sometimes for hundreds of dollars, and they aren't ashamed to claim you'll hear a difference worth that sum.
For the L16's price though, I believe you get your money's worth: A subtle improvement in sound quality without a hole in your pocket.

SmilinKev
Very helpful review, DeeKay 10! I just ordered one of these Fiio interconnects from Amazon - and your experience with it makes me confident that it was a wise purchase. Thanks for the information and useful opinions.

maikuirock
I 2nd your review and can apply the same comments to the L17 to those that prefer the L connect. Slightly brighter and a tad clearer. Like DK said, barely noticeable, but there is a difference. To my concern, the slightly elevated highs (to me) affected the soundstage i thought the L8 had more of probably from being more linear. I find myself on the L8 more often than the L17.

Minh Thnh
tks for your feedback bro !! i consider to buy a custom cable or Fiio L17 but after reading your review i strongly believe that i would bought a custom made cable
Read more…