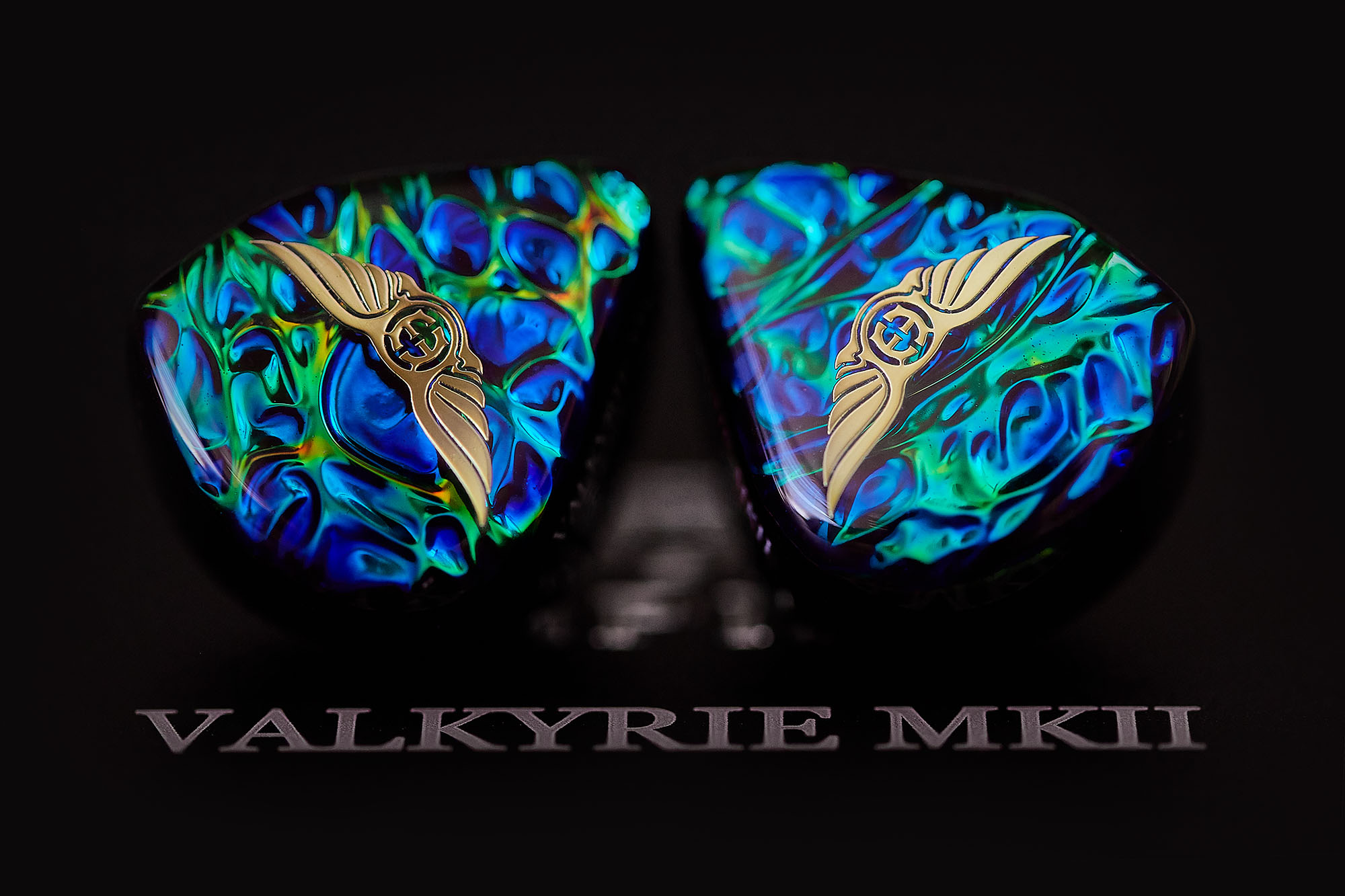 Meet the latest entry in Empire Ears (EE) broad range of in-ear monitors (IEMs), the VALKYRIE MKII. At a retail price of $1599, it sits somewhere in the upper midrange of their offerings.

The VALKYRIE MKII belongs to EE’s X Series which is mainly targeted at consumers rather than professionals. Those are covered by EE’s EP, or Empire Professional Series. 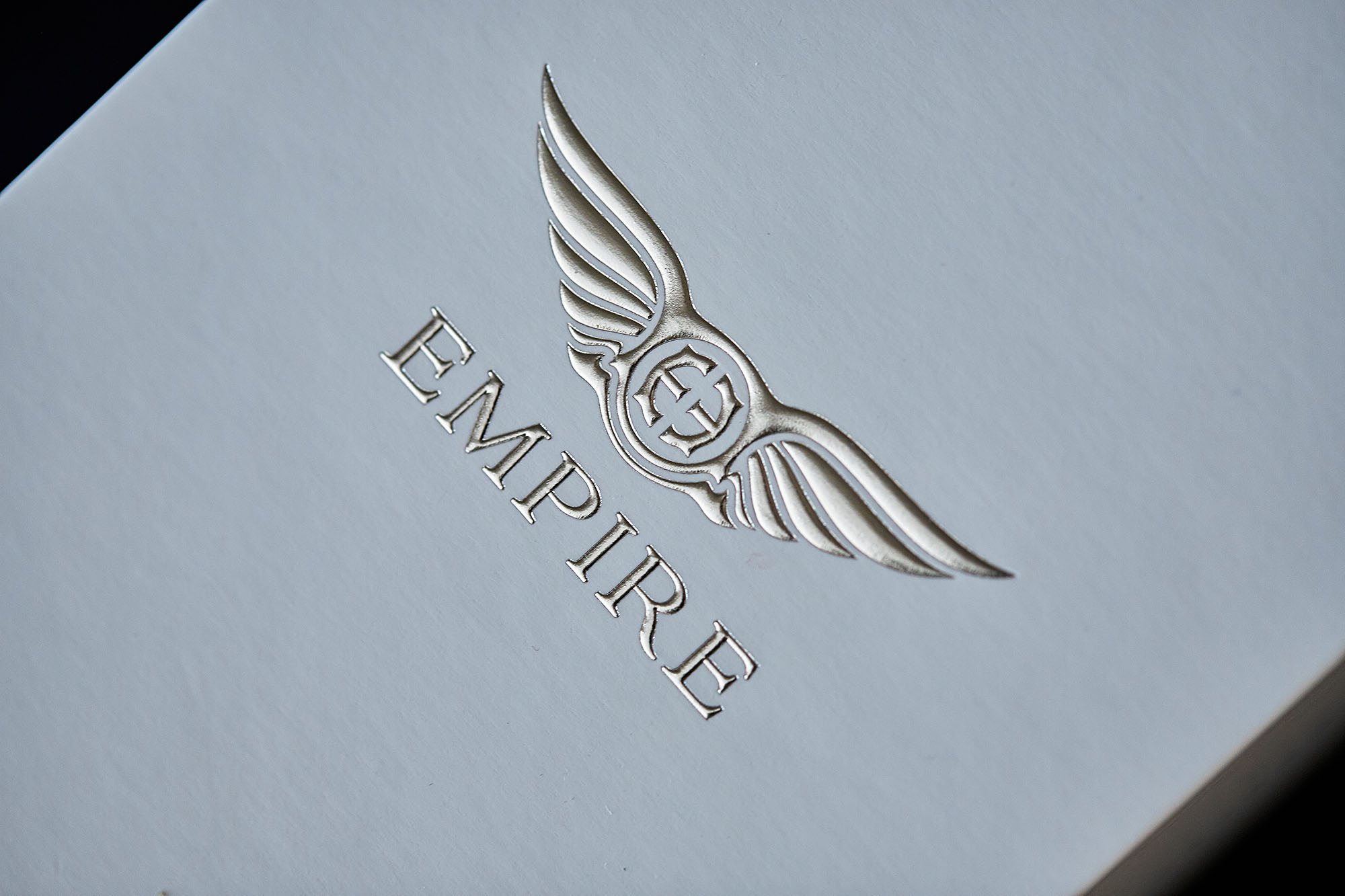 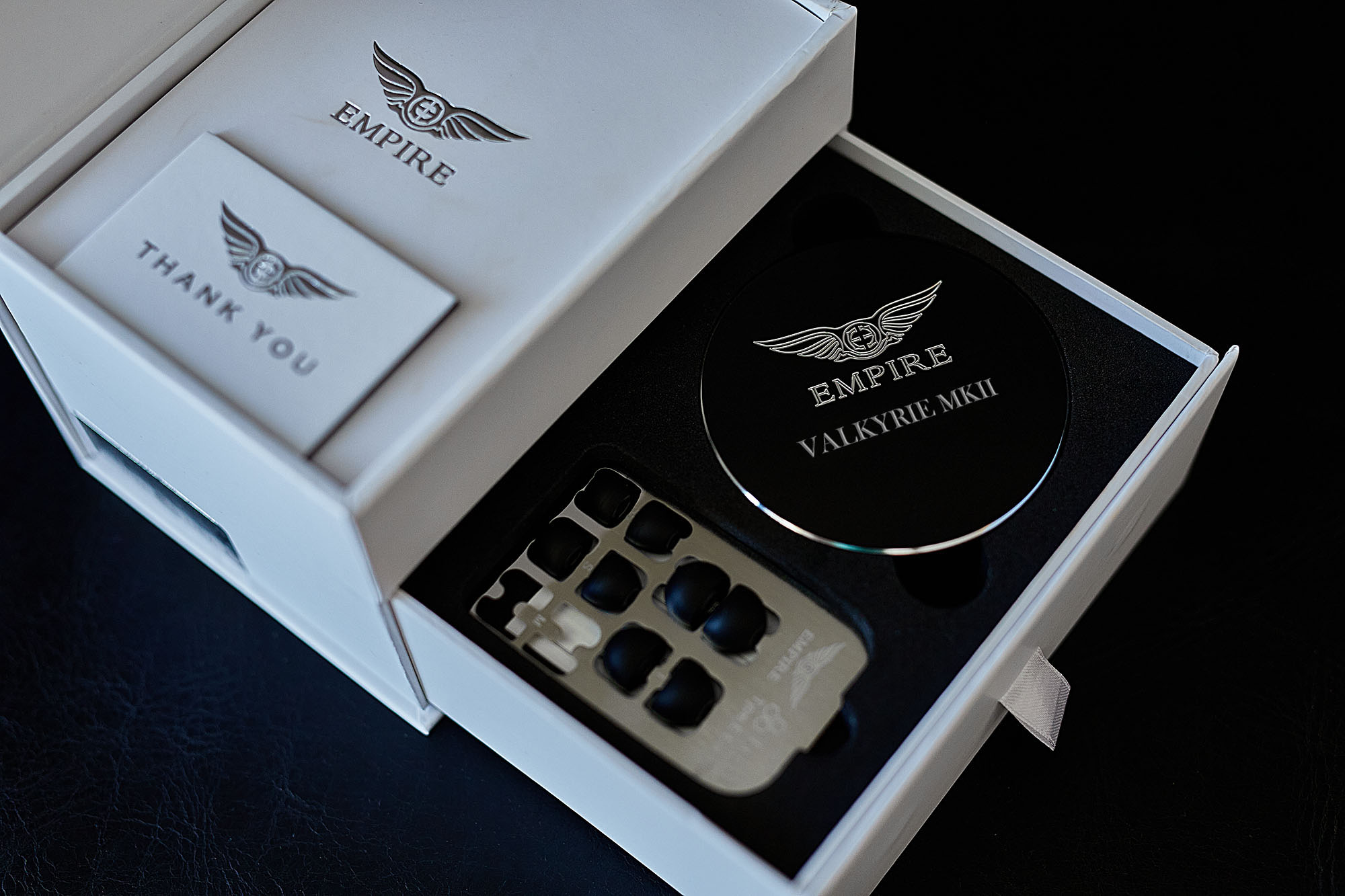 Josh from EE told me that the tips were meticulously chosen for the best sound- and comfort experience through rigorous testing and since I had a lot of discussions with him, I can see that EE are very dedicated to delivering the best possible product to their customers. I could honestly feel the dedication which, at least for me, makes for a good brand experience. 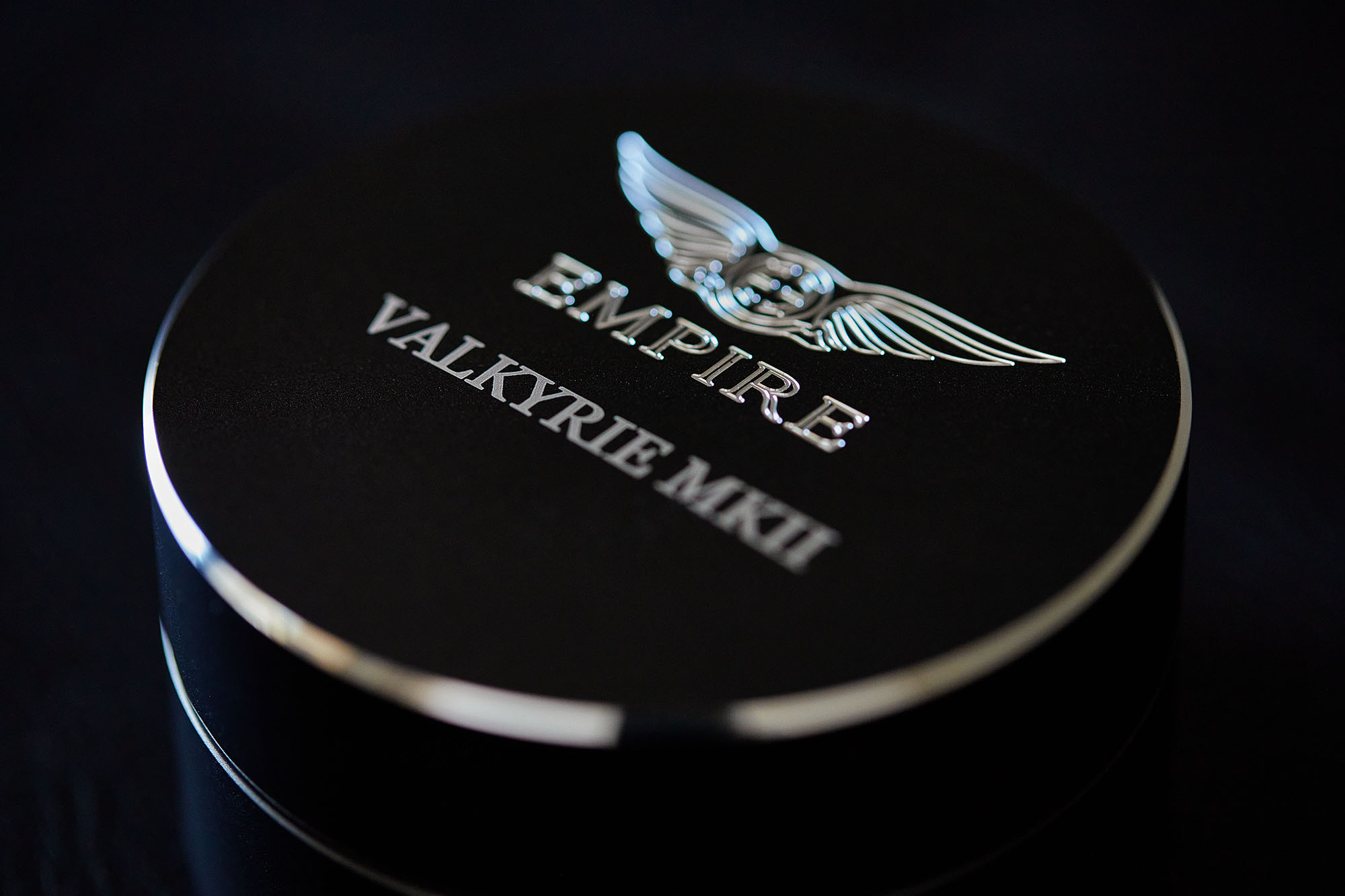 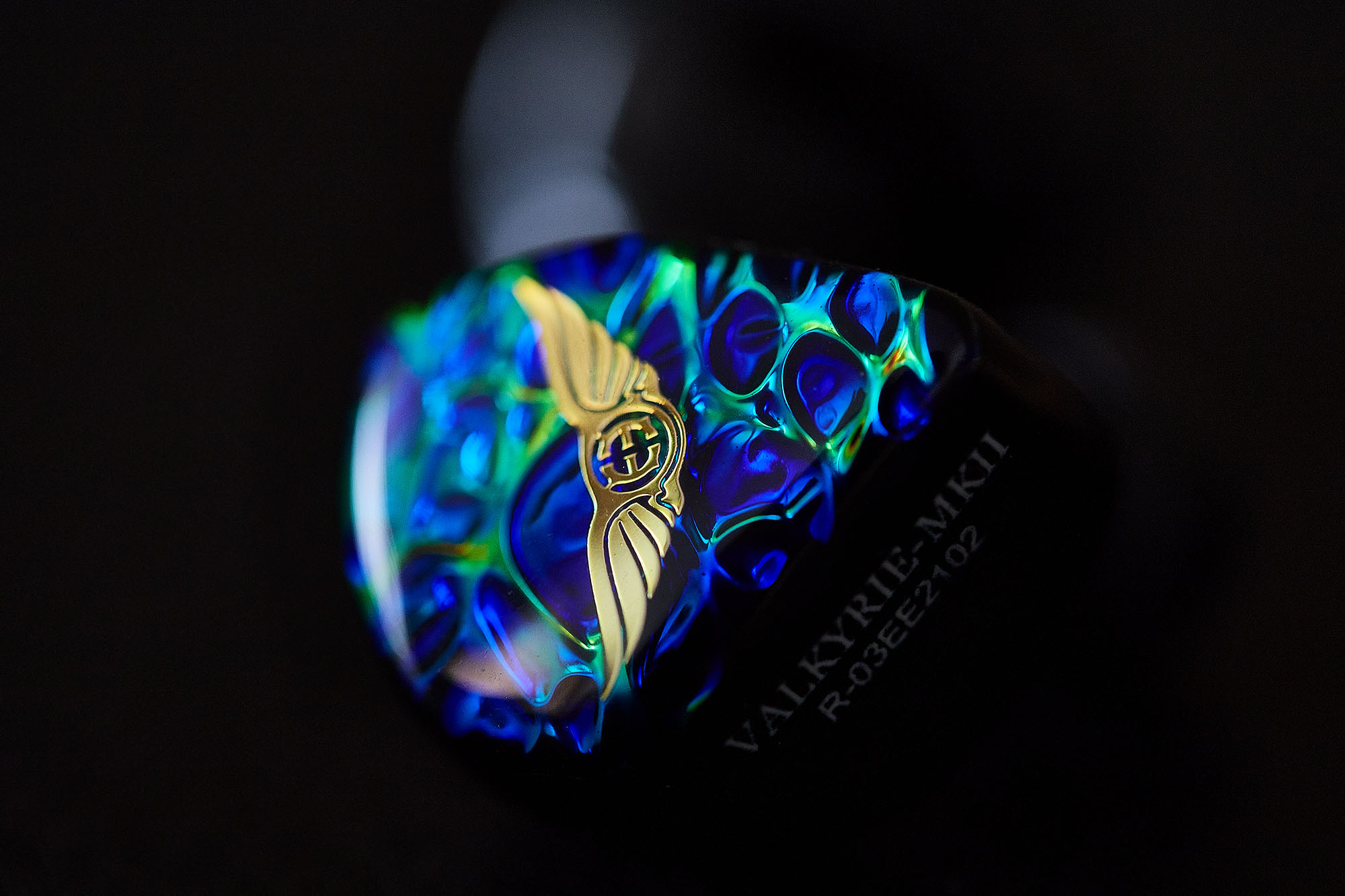 The build quality of the VALKYRIE MKII is simply excellent. They look flawless with no visible seams between faceplate and in-ear. The VALKYRIE MKII’s look stunning with their so-called “Dragonhide” faceplate which I believe to be more or less the same as on their first iteration. 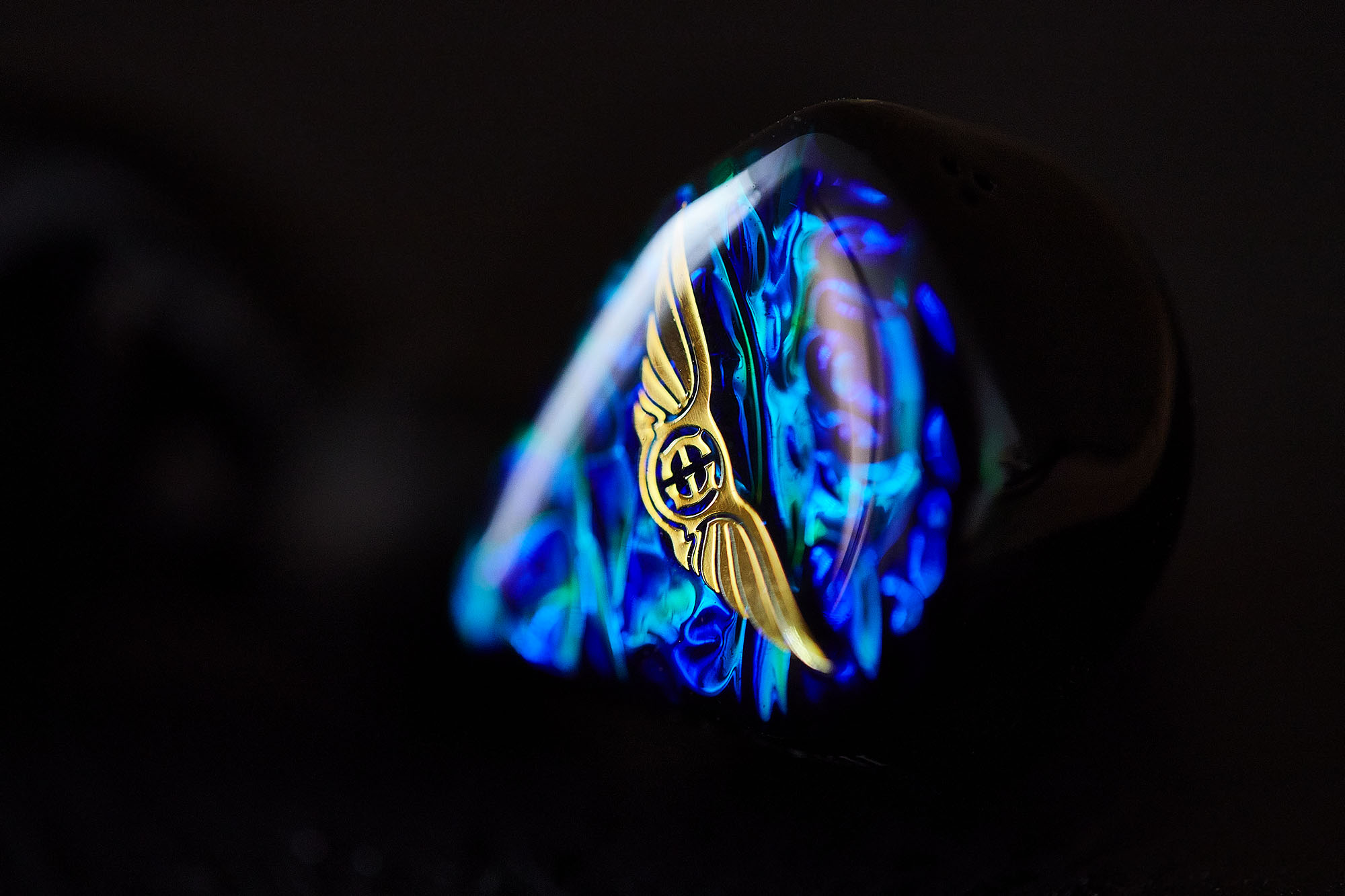 Fit and comfort, at least for my ears, is good and I get a good seal as well with the included silicon eartips. People with small ears (mine are average) should test first as these are rather big IEMs. 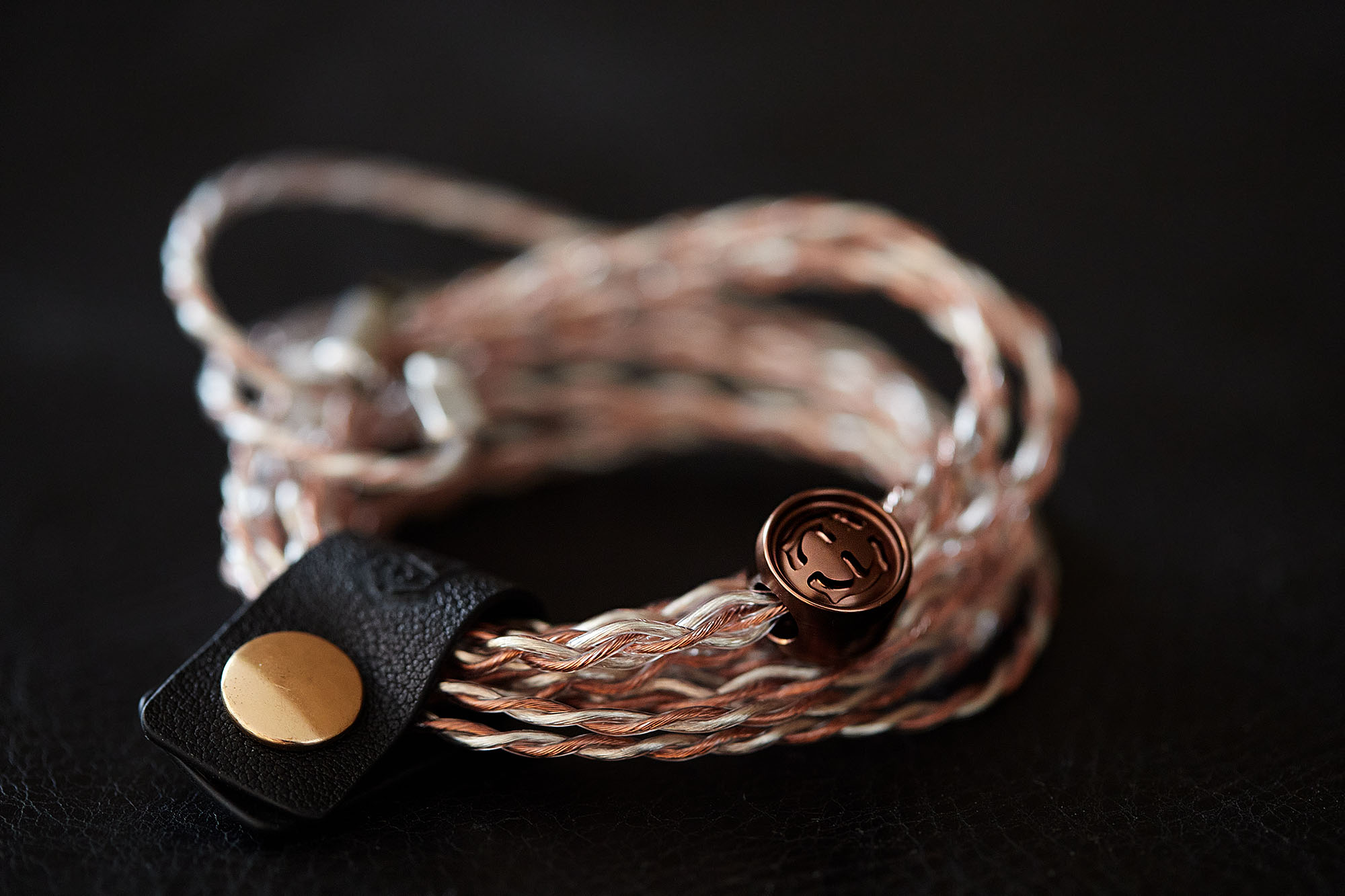 EE are including their copper/silver hybrid cable Alpha Hybrid-IV (AH4) with this one. You get to choose from 3.5mm single ended or 2.5mm balanced. I always go for balanced but that’s my personal preference. It’s a beautiful, classy and well made cable and I particularly like the sleek connectors and beautiful copper y-split. 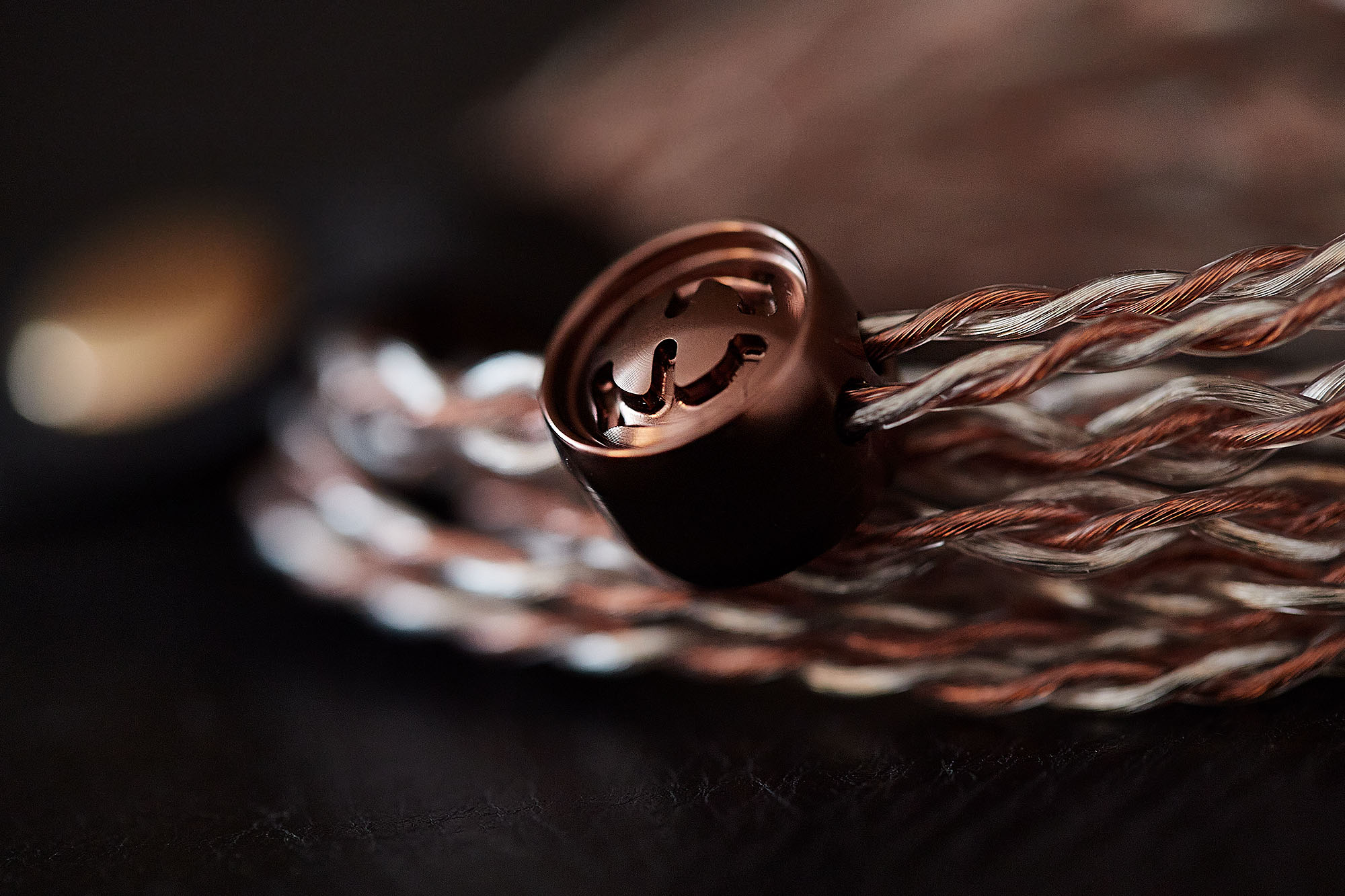 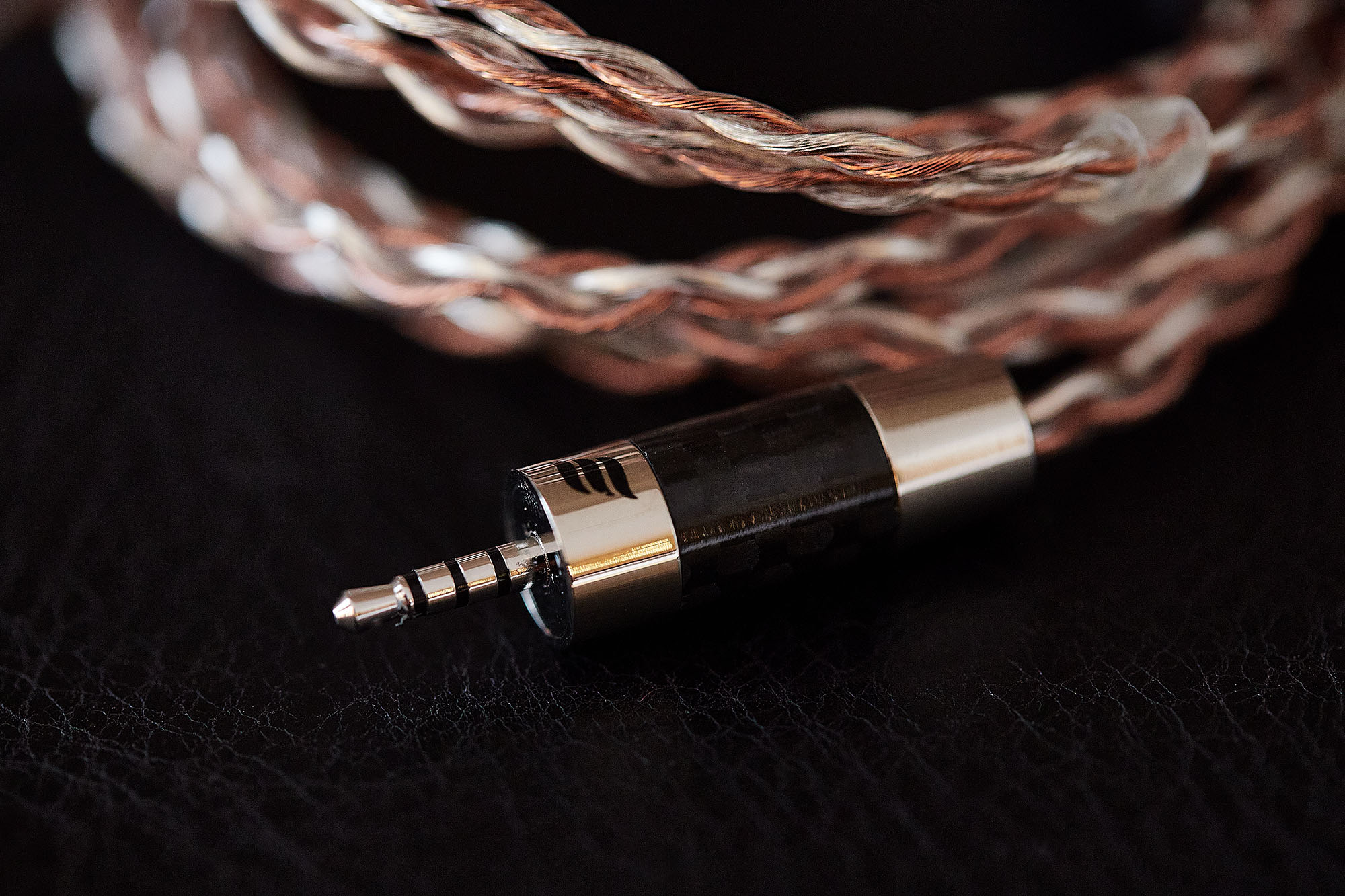 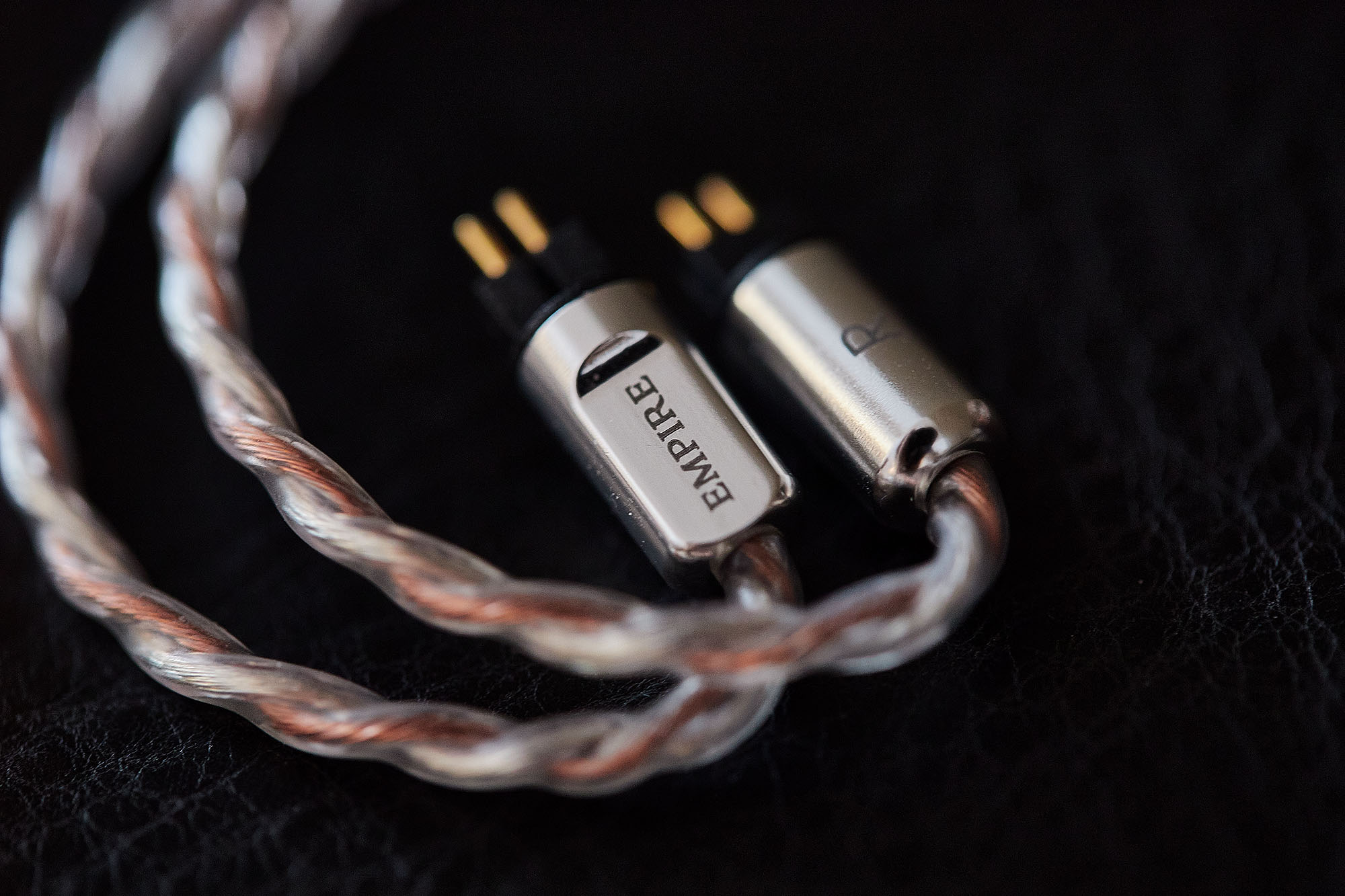 I think it suits the VALKYRIE MKII very well. Unlike their Alpha-IV copper cable, this one is actually quite flexible hence wearing comfort and usability are good. Cable noise is reasonably low as well.

How does VALKYRIE MKII stack up in the sound department?

This one is a very engaging and emotional in-ear monitor (IEM) rather than an analytical one. It delivers massive impact and very nice detail. The VALKYRIE MKII was clearly developed with pure fun in mind hence it is not for lovers of total neutrality.

Acoustic- and electric guitars as well as other string instruments sound nice and clear with good, silky smooth detail. I read about a certain harshness and sibilance of the first Valkyrie. That is absolutely not the case here. Like I said, the whole upper frequency range is very smooth throughout, making for a fatigue free listening experience.

There seems to be a slight treble emphasis making certain instruments like strings and guitars stand out. I found it a pleasure to listen to rock, acoustic rock and metal in particular but the VALKYRIE MKII seems to play nice with other genres as well.

Male and female Voices are slightly pronounced but less so than the instruments mentioned in the treble paragraph. This can lead to the band/orchestra stepping into the foreground a bit. Good thing is, vocals are never subdued and remain nicely separated. I consider the midrange as rather balanced and unspectacular in a good way.

Empire Ears implementation of their next-gen “Weapon-9+” subwoofer does it’s duty in the VALKYRIE MKII and boy, it does so with full force. My first thought was: “This is direct competition to EE’s excellent Legend X!”

Depending on your source, the VALKYRIE MKII’s pump a staggering amount of sub-bass into your ear canals. I noticed this in particular with Cayin N8 and N6II. I actually had to turn down the volume once or twice while listening to sub-bass heavy music. Using a more neutral source like my Burson Conductor 3XR review unit, that bass impact is mitigated quite a bit. Don’t get me wrong: This is PURE FUN indeed. Call it “guilty pleasure” if you will, but I personally don’t use that term, because there’s no guilt involved in enjoying your music, right?

The soundstage is really good for an IEM. In fact, you get a nice sense of space around you and you get an idea about what/who is where in a live recording situation. It’s not overdone though, so more intimate recordings will give you just this intimacy necessary to enjoy them.

Channel separation is very good but not overdone. To my taste just the right amount. Nothing more to say.

The VALKYRIE MKII is not a neutral IEM by any stretch. The massive bass and enhanced treble are designed for pure fun. This is not a dissection instrument but something that wants to move you, lift you to your feet and just enjoy your music.

The VALKYRIE MKII will take the source it’s attached to and use it to full potential. Also, this is one of the few IEMs where different sources do have a big impact on its overall sound signature, so you should certainly test it with your existing equipment. While Cayin DAPs like the N6II or N8 will give you the full blast and glory of VALKYRIE’s Weapon 9+ subwoofers, more neutral DAP’s like the Astell & Kern ones will tame that bass quite a bit, resulting in a more relaxed sound signature.
While testing, the Burson desktop DAC/Amps provided a very good synergy with lots of detail, well controlled bass and nice stage.

When I first listened to the VALKYRIE MKIIs, I thought “Hey, they sound a lot like the Legend X (LX) for less money. Did Empire Ears incidentally build an inhouse competitor preying on LX customers? Well, yes and no. In fact this is a good example on how memory can betray you and the only way to know for sure is to do a quick memory refresh. Fortunately I had my LX at hand to do so.

Switching to the Legend X, there are some similarities within the family, but the difference is apparent. The LX still delivers the most bass impact regardless of using the “old” Weapon 9 subwoofers, because it actually has two of them per side!

The soundstage on LX is larger and seems almost 3-dimensional. I said it before: The LX is the most intense listening experience with any in-ear monitor I ever had. This can be good and bad depending on what you like.

Let me put it this way: The LX is pure adrenaline pumping through your veins like you’re some extreme sports junky jumping out of a plane holding your breath. The VALKYRIE MKII will give you a nice adrenaline boost too like downhill skiing at high speed always knowing you’re in control. Does that make any sense?

So this is not simply pitting a $1599 IEM against one that’s $600 more expensive and the latter wins. It’s purely about preference.

(One last thing worth mentioning is that the LX is much smaller than the VALKYRIE MKII making it potentially the better option for people with small ears.) 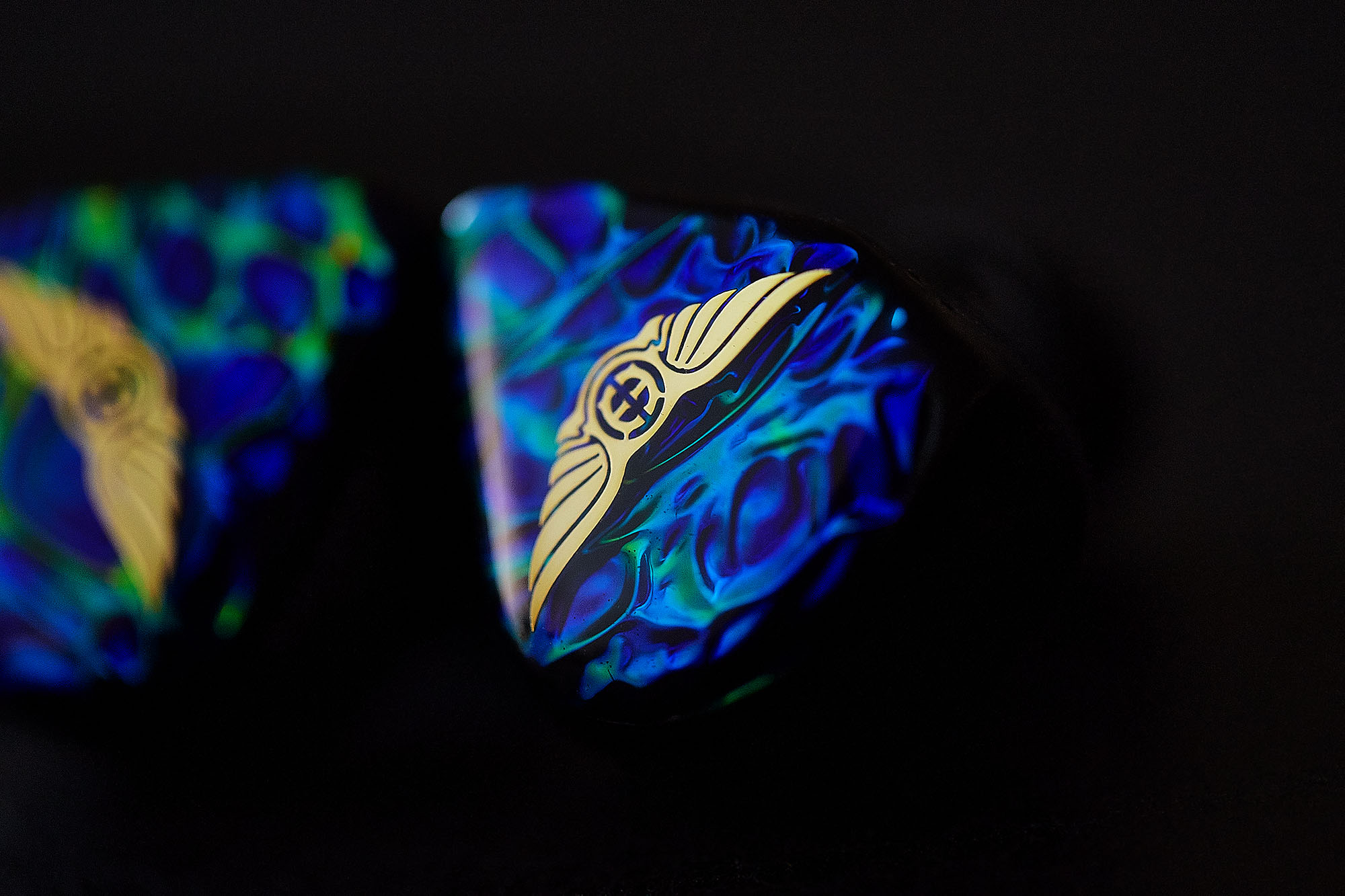 The VALKYRIE MKII are actually very very good IEMs for the asking price, in fact I consider them excellent value for the money! 1599,-US$ is by no means cheap, but you get wonderful sound quality across all frequencies with an emphasis on sub-bass performance AND very good detail. You’re in the market for a fun IEM without sacrificing audiophile qualities? Grab ‘em and enjoy the “guilty pleasure”, but pleasure it is.

CT007
"Cable noise is reasonably low". How do you test noise? What number/result range = low?

TomKorn
You test cable noise by wearing the IEM/cable and carry them around. It's just that simple. The cable should not transfer friction noises of i.e. rubbing on your shirt/clothes to the earphones. That is particularly the case with rather stiff cables.

Onik
Just got this iem, and received 3.5mm instead of balanced, the stock cable is pretty good and sounds good, but I wanna buy the 4.4mm made by Effect Audio but I couldn't find anywhere only found 2.5mm, and it cost £299+

Can anyone recommend good 26AWG Hybrid Litz cable that dont empty my wallet??