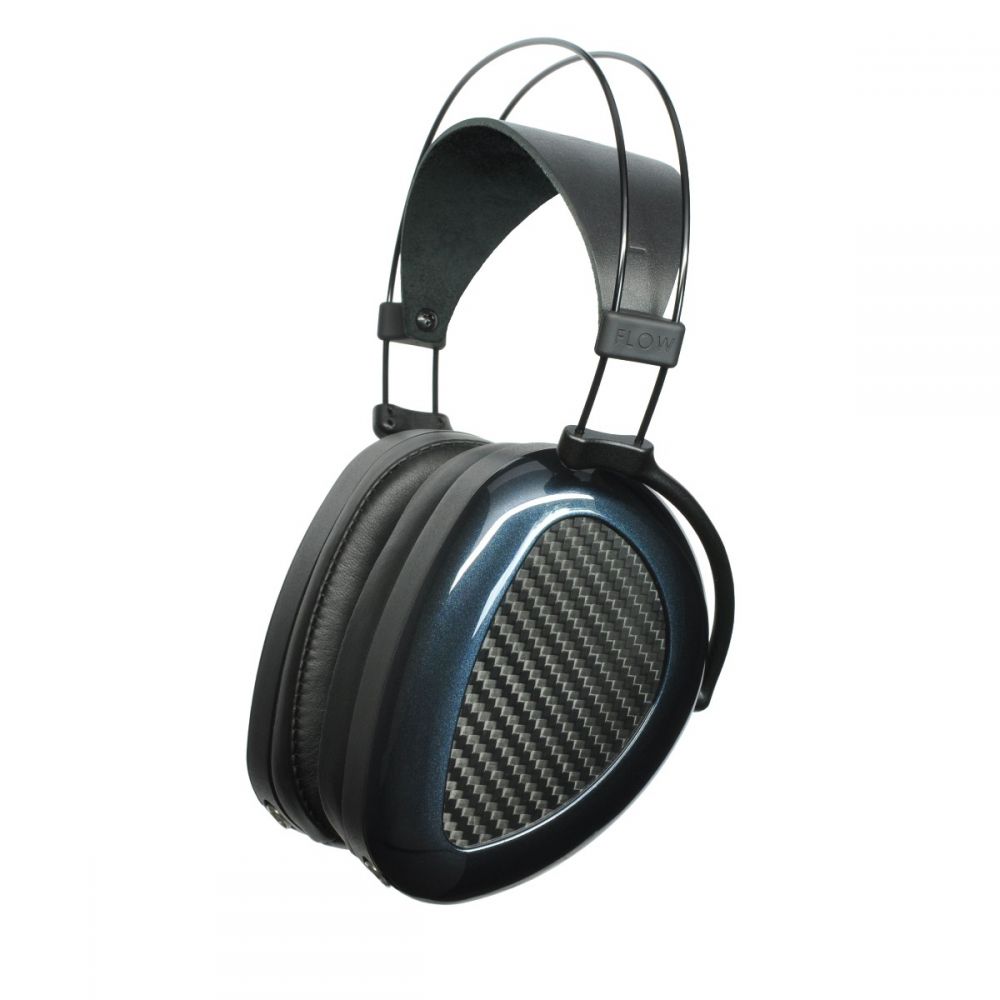 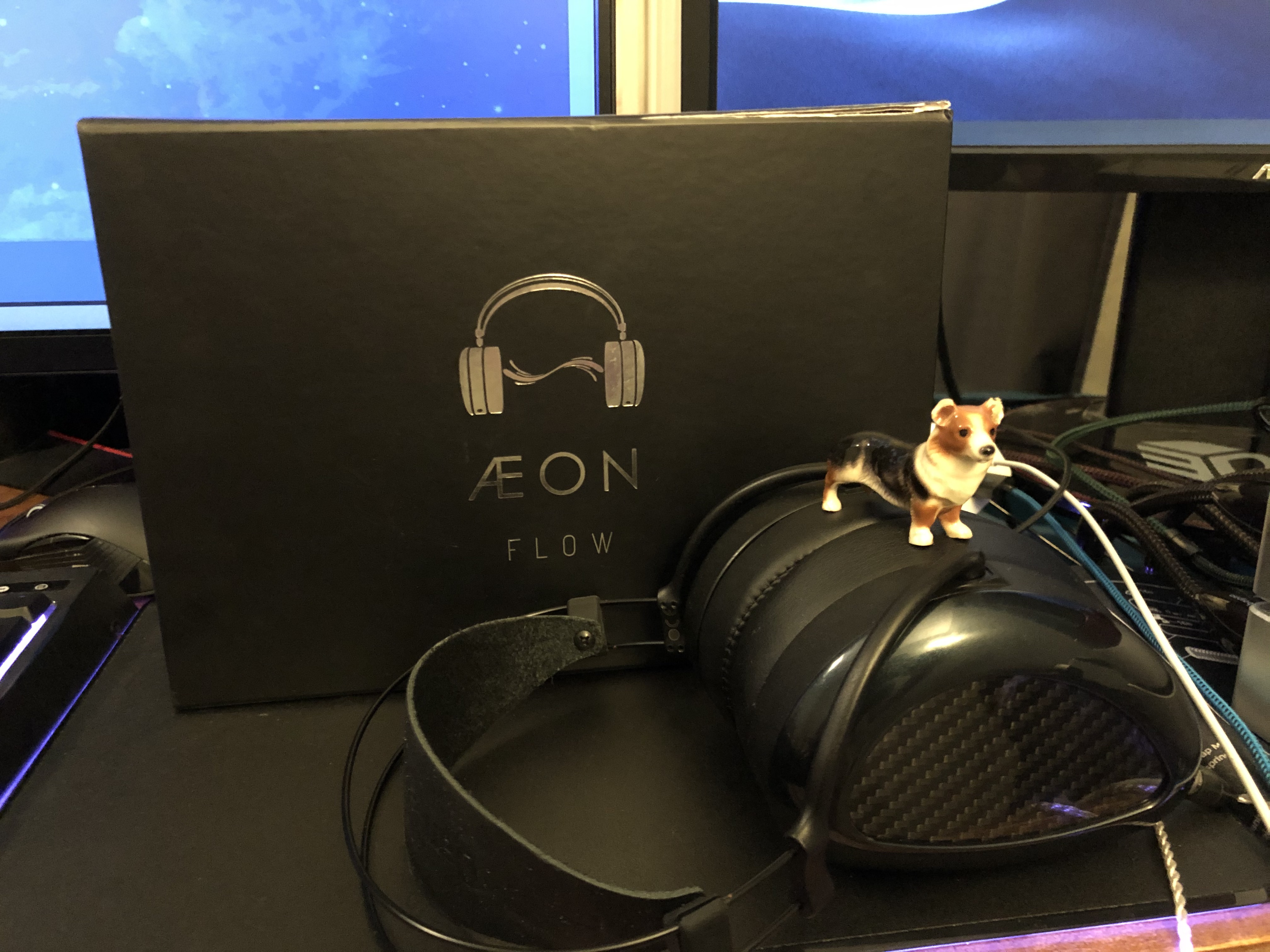 I’ve listened to the original Aeon flows in the past and while I had preferred the open back version I really liked the concept of a lightweight closed planar for office use or at home when I don’t want everyone hearing what I’m listening to. The only gripe I had with the closed OG aeons is I felt they sounded too cold and lean on the low end. When I saw that the Aeon flow series was being updated with new internal tuning I was stoked about the closed version again. After purchasing and receiving them I can definitely say I really dig this “re-tuned” edition of the closed aeons.

Onto the review of the sound! My personal preference are a dynamic hybrid iem where I get good hitting bass and have a brighter treble with decent mids. When it comes to an over ear headphone I prefer a spacious sound with a deep low end, the mids to be more further away from my ears and the highs to be a little bright with some sparkle. I listen to a lot of genres but I hover in the classic rock, blues and edm music with some rap here and there.

Lows- Lows have a nice and clean “quality planar bass”. Fast and accurate. Tuning pads will affect this decently. With my setup I really like the low end and I still get a decent thump and rumble which I can appreciate.

Mids- Via my setup, the mids end up sounding a little further away from the listener and feels separated from the rest of the instruments. Vocals sound good-great at times.

Highs- The tuning pads IMO affect the highs the most. With my setup I get a really clean treble with nice and clear sound and some nice sparkle. Hi hats and cymbals sound great and as I was a big drummer from the age of 5 till I moved into an apartment as a grown up I really like to have great sounding drums. That being said these do detail retrieval and micro details decently. These won’t be fighting with the heavy hitters but it does really really well for the price.

Imaging- Imaging is really good! Everything feels super accurate and I don’t notice anything strange in this department.

Soundstage- A nice wide sound. Not nearly as wide as a good set of open backs but this reminds me a lot of the Sony mdr-z7 which was a semi closed with a wide soundstage. When using no tuning pad or the black foams there is a light echo you hear which adds to the feeling of a wide soundstage and I really enjoy it.

Stock cable- So with the stock cable you get a lot of microphonics which can get irritating fast. The sound is what I consider perfectly fine for the aeons as you can adjust the flavor of the sound with the tuning pads slightly. If you don’t move around much I find the cable to be decent. With the stock cable I found the black felt gave me a good soundstage at a small drop to the low end but had a nice sparkle top end. The white single notch muffled the highs and soundstage a tad too much for my taste.

Cable rolling- I converted an old null audio lune mk.4 in 2.5mm and a lune mk6 in 4.4mm pentaconn. The two sound fairly similar which makes sense as they usually only do cosmetic changes between new lune cables. The mk.6 is my current daily driver/cable since I have the most adapters to use with 4.4mm. The cable does actually change the sound enough to notice the second you play music after switching from the stock cable. My other planars could care less about cable swaps but those are all open backs so that might be the reason why. This change includes a slightly wider soundstage but the most noticeable was the slightly warmer sound. It was enough that I was able to swap from the black felt to the black foam tuning pads and get darn close to my preferred over ear headphone sound. The low end isn’t bass head worthy but it still gives a nice rumble and echo and the mids move a little further out and the highs end up rather clear with just enough sparkle to make me smile quite a bit. If you can’t tell, I really like this combo for the Aeon flows.

Amping- So this is where things got fun for me. I love when things need to be amped cause that means the gear I have is actually worth it. Out of my iPhone these don’t get loud at all, they get to a “I can listen to this in bed as I get ready to fall asleep cause it’s pretty quiet” but that’s it. It also sounds a little flat and boring. Out of my FiiO m11 it got more power and sounded much better. The low end was somewhat weaker on the m11 but that’s the case for all my headphones when they get plugged into the m11. While I had the FiiO m15 it definitely got close to desktop setup(smsl su-8/sh-8 combo) and it had more than enough power so it was a good combo. Out of the schiit heresy it felt a lot like the m11 and sounded a little on the clinical side. It felt a tad more congested as well at times. Out of my smsl sh-8 I got a lot more low end and really clean mids and highs. Definitely my favorite setup and combo for the Aeon closed RT. The heresy and sh-8 were fed sound from the smsl su-8 dac.

Balanced vs single ended- All I have to say on this matter is that using an adapter and doing my best to swap between SE and balanced is that I noticed a slightly wider sound but not by much. Even then it’s hard to tell if that’s really the case since it’s hard to volume match on the fly while swapping between two jacks. I like balanced because you get more power but it’s always hard to tell if a difference is made sound wise without having two of the same headphones and two of the same amps. These overall like some power though they don’t need “full watts” to make them sound good.

Overall thoughts
Well for $500 as of this review this is a steal. These are super lightweight and so comfy. I can and do get caught up listening for hours and never feel fatigued. The cable is not my favorite but converting a cable to the hirose connectors they use is not only easy, the connectors are sold for a really good price on DC audio’s website. While the Aeon closed RT won’t be taking on the $1000 plus headphones I do think even if these were the same cost of the original aeons $700 price that it would still be a full recommendation from me. I haven’t heard many sub $1000 closed planars that I would say come close to these in terms of comfort and sound. These are a great revival of the original Aeons IMO and I’m interested to see what the aeons 2 provide over these sound quality wise. Great job to the team at Dan Clark audio and I look forward to what new goodies they come out with down the road! Thanks for reading! 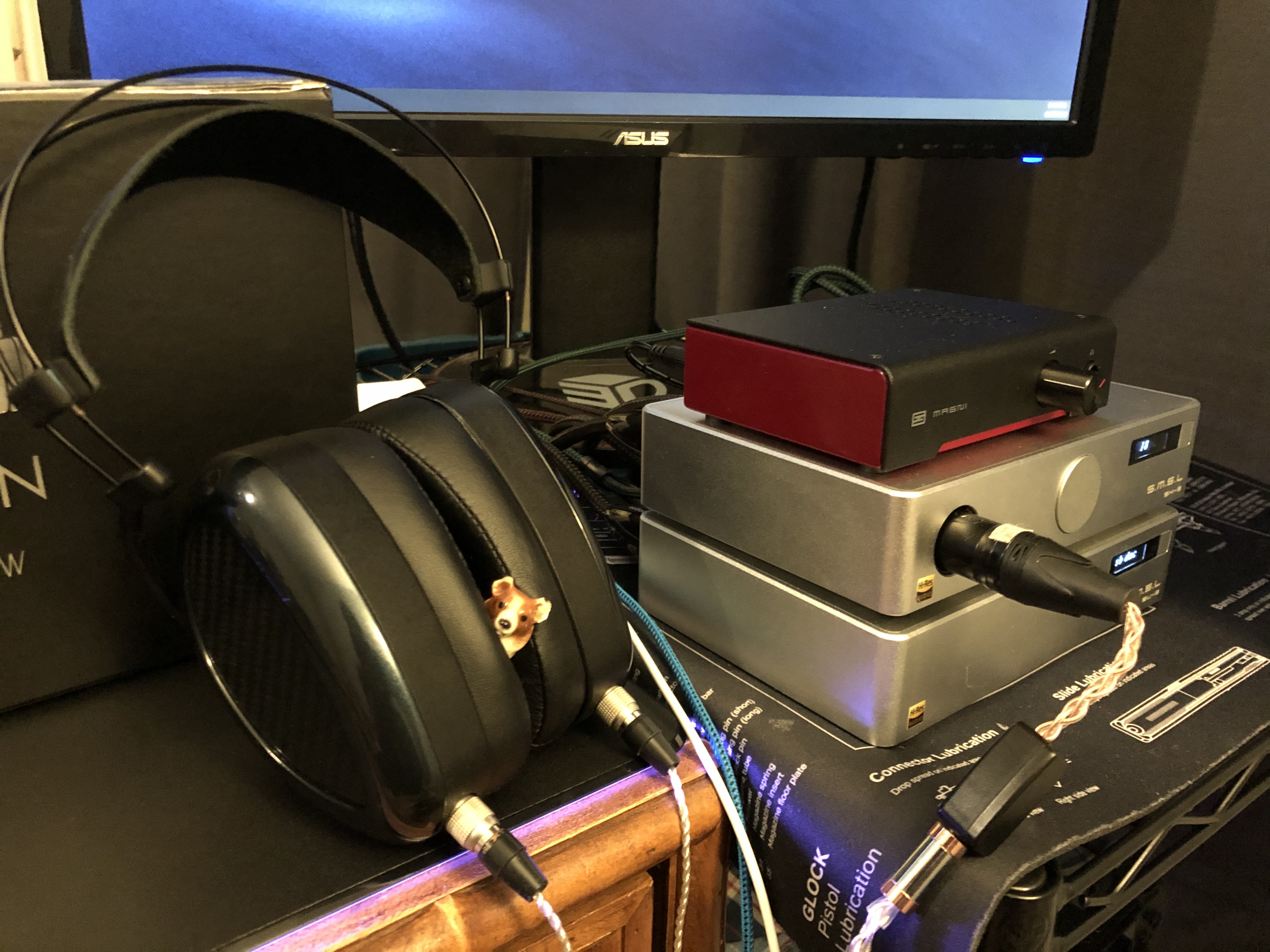 corgifall
It’s about the same via memory. It’s been about 6ish months since I heard the originals
L
lpd2
Thanks for reviewing. Reviews were so positive for the originals that I am stuck on the fence whether to seek those out or get these.

corgifall
The thing that always stuck with me about the originals was the lack of low end thump. I enjoyed the time I had with the open version because of that. These have a nice little bump to the low end. I find it much more enjoyable and it never intrudes on the mids which is fantastic. Will be a personal taste on the sound signatures for both the OG and this version. I believe Dan mentioned these RT were driver matched with the new internal dampening done. I have no channel imbalance with these so that might be something to think about.vs an older used model. Though idk that the old ones didn't get the same treatment.
Read more…