Pros: perfect bespoke fit
great nuance retrieval
great timing accuracy
holographic and lifelike reproduction from any music (old, new, even from the not so good ones)
Cons: nothing, not from what I can hear or see
Simon C. Hong Kong

Just a mere 200mm length of a connecting cable, how much of a difference was I suppose to expect?
Anyhow, after a week of listening and comparisons, I can no long sequester my observations! This kind of revelation doesn't come around that often and, doesn't manifest itself so perfectly. Ever!

The difference was noticeable immediately but, I needed time to run through my collection playing all the different types of music before summarising mine comments. Obviously, with the well-recorded acoustical music there is more to be revealed, but even with the bad ones (old or new), there is always something new to surprise me too! Also, the bass just keeps getting deeper and better all the time too!

This short piece of cable is probably the best price-performance item in my whole system!

The first thing I noticed was an overall sense of space on the soundstage and, the "un-digitizing" of the music. Even before the music starts, or during the silent moments of an acoustical recording, you can feel the space of the stage that just wasn't there nor as palpable before.

There is no rounding off or limiting of anything at all, not altering anything in the tonality but really giving each note, each tone more vibrancy, more timbral textures, more spatial richness, and much better delineations of attack and decay.

To sum it all up, the end result is a very balanced sounding cable with a very rich and lively sound that digs out every little nuance in the recording.

Sit back a little bit, widen your perspective, the whole soundstage is now deeper, wider, much much taller with vivid and solid imaging. Especially, the way-outside and behind out of the speakers imaging and, over the top and room-filling 3D cues are nothing short of spectacular too. Onto headphone listening, it's like you are not listening to headphones but still listening to speakers. A more plausible analogy to me is that it reminded me of the kind of soundstage and imaging like listening to the Focal Utopia or the Stax electrostatic earspeakers (but with my Audeze LCD-3). With some recordings, the imaging was nearly binaural and, don't forget that bass, it is extended, musical and, well defined.

Post Script, It's now more than one month, and I frequently have friends over to audition my system. As soon as I switch out the Curious USB and replace it with my previous USB cable, QED Reference, the magic is gone. The general consensus, the tonal balance is about the same but, the musicality and soundstage just become as flat as a pancake by comparison. 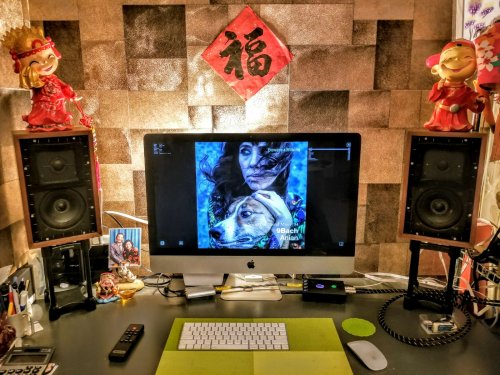 Reactions: Aslshark and MaWe
Pros: Natural sound, build quality
Cons: A little expensive
This cable has been used in my main reference system for a few weeks now with plenty of hours of use.

*disclaimer: This sample was provided for the purpose of writing a review, no incentive was given to write a favourable review. All opinions expressed are my own subjective findings. 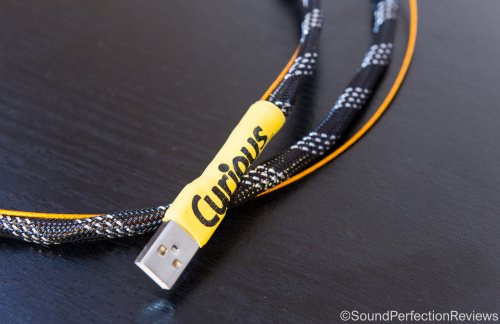 Packaging and Build quality:
The Curious USB cable comes in a nice little black cardbox, with a bright yellow brand sticker on the top. Inside you will find the cable loosely coiled and held like this by a little Velcro strap, also included is a little thank you card stating the differences you may hear with the Curious cable. I like the simple packaging; it’s attractive and serves its purpose.

The cable is extremely well built, with tight connectors on each end and excellent strain relief. The cable is quite stiff so careful placement is key, the 5v power line is external and gently coils around the rest of the cable. It is a well built cable that should last a long time. 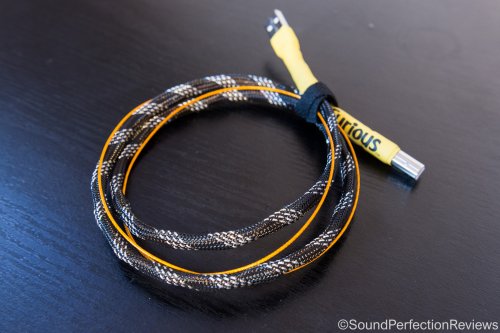 Sound:
Now I am a little sceptical about digital cable differences, but having a reliable connection is important and I do understand that there are benefits to having the power and signal cables separated. Most people will say that all a USB cable does is send 1s and 0s and providing they arrive without many errors, all cables will sound the same.

This cable is not going to turn your terrible sounding system into a great sounding system. That is not what it is meant to do. It does however to my ears bring a slight enhancement over a standard monoprice cable. The most noticeable difference to me was the lows, they gained a little more body and depth to them sounding more accurate and articulate. The highs with the stock monoprice cable are a little sharper and the sound is a little more fatiguing, a little more artificial and strained.

The Curious cable sounds more dynamic, and less 2D than the stock monoprice cable. It is more enjoyable and easier to listen to, the monoprice cable just sounds a bit flat and boring in comparison.
These differences are not night and day, but I tested with various tracks and it was more noticeable on some over others. 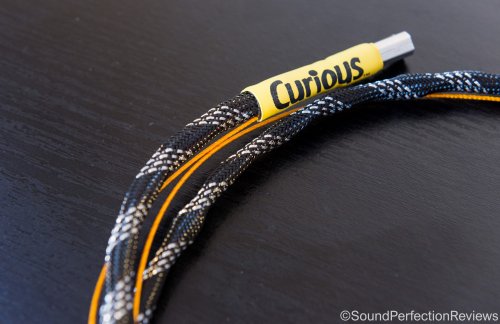 Conclusion: Take what you want from my review, believe me or not, I honestly believe there is a small difference in the sound. Separation is increased, the sound is more natural and notes are better defined with more body to them (monoprice sounds flat in comparison). The sound is more articulate and dynamic in my opinion, whether or not this is worth the price only you can answer this, but I will say it’s a great cable.

Sound Perfection Rating: 10/10 (well built and to me brings a degree of better sound)
Reactions: Aslshark, MaWe, sc2806 and 2 others
Read more…

couldn't agree more with the 10/10 Rating. I just play everything in random to see what's new surprises awaits for me!
Also, I would like to add that the ordering process is friendly, detailed and meticulous. Mr Lenehan and his son will double check with you the orientations of your gears, plugs, and distance for a perfect bespoke fit of their cable in your setup. Wonderful people, reliable and quick service that's worth every bit of the asking price! Dare I say 11/10? Hell yeah! Bargain!

the best-kept secret from Australia

The Topping D90 doesn't need a separate power wire like they do on the Curious cable since the D90 doesnt use the power cable portion of USB at all- so cables like Curious which use a separate power drain or what ever is uncssary I trhink for Topping D90 or other DACs that dont use power from USB- BUT I will say I love my Kimber Cable USB over 6 others I tried (all under $100 for each USB) - but I would never spend $350 for a USB wire EVER! or $550 for their top wire- thats just nuts these days-
You must log in or register to reply here.