A leader in digital entertainment products and a pioneer of the audio world with the very first soundcard back in 1987, Creative Technologies has shifted its focus upon the consumer audio product market. Creative has revamped its line of in-ear monitors, replacing the In-Ear 3 with the In-Ear 3 Plus, giving them a fresh new coat of paint, new cables, and generally working out the kinks in the older model. 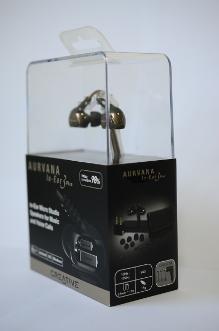 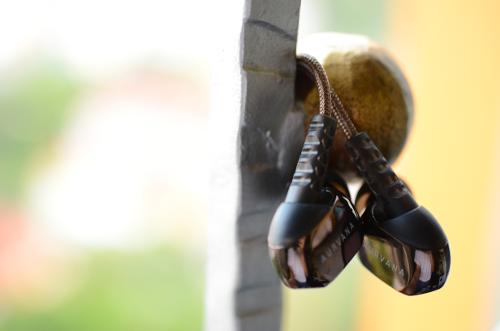 While the handsome, dark-chrome finish of the In-Ear 3 Plus appeals to the average consumer, Creative has aimed to produce a pair of in-ear monitors that are “studio-grade”, whilst supplanting them with a design that is not just ergonomic, but gives off an aura of excellent build quality.


But enough fluff. After all, this is Head-Fi, and this is not a lengthy advertisement. Welcome to my review of the dual balanced armature Creative Aurvana In-Ear 3 Plus. 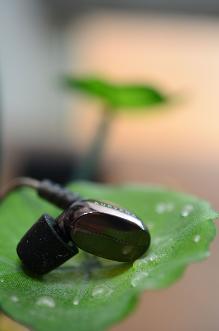 The Creative In-Ear 3 Plus takes top marks for aesthetics here. Dark brown, almost chocolate, with a nice smattering of chrome is a fine blend of both class and bling, a move away from the drab black and grey of the offerings from the other established IEM manufacturers. The cable, while not being removable--- a pet peeve of mine ---has been secured to the shell by a thick, industrial-looking cable relief, and doesn’t seem to be coming off anytime soon. However, only time will tell with this cable. The cable is covered with a nice braided nylon sheath, and does do a nice job of reducing microphonics, but it tends to give the cable memory, causing it to coil and tangle up when not stored properly. The cable terminates in a nice, sturdy, albeit thinnish 3.5mm plug, and is long enough to fit most smartphone cases.


The in-built microphone and remote control is one of my issues with the In-Ear 3 Plus. There is only one button on the remote, which handles the answering of calls and pausing/playing of music with smartphones. The volume adjustment is a hazard, though, as the volume slider does not have any markings identifying the maximum and minimum volume. Even at minimum volume, music can still be played through the IEMs, and the sound does take a hit, with strangely flat, lifeless sounding bass and shrilly treble. In fact, anything other than a minor adjustment to the volume through the slider impacts the sound quality, which is not desirable, although some users might want to have an in-built EQ!


The fit of the In-Ear 3 Plus is excellent, inserting deep into your ear and providing a lot of isolation, even with the stock silicone tips. The In-Ear 3 Plus remains flush to your outer ear, and is comfortable enough to be worn while lying on your side without much pain. Despite the metallic shell of the In-Ear 3 Plus, they never are cold to the touch, and are light enough to allow you to forget that there is anything in your ear at all.


Their over-the-ear wearing style gives you the freedom to move about, and stays firmly attached to your head even when you are performing vigourous activities such as jogging or jumping about. However, I noted that due to the lack of an adjustable cable cinch, I could not wear the cable behind my back, and this might be a turnoff for some IEM users. 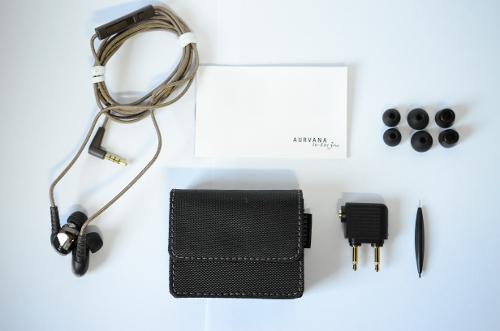 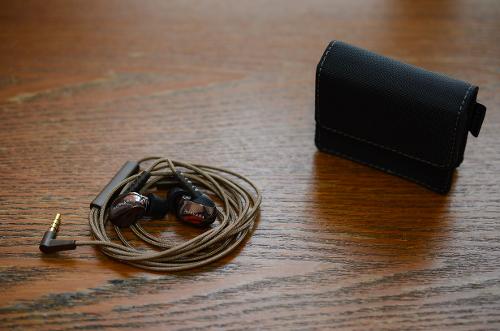 With the In-Ear 3 Plus comes a generous set of accessories, including the packaging, which doubles as a nice display for your IEMs when not in use. 3 standard sizes of silicone tips are included, along with a pair of foam tips. A cleaning tool and an airplane adapter are also included in the set. Best of all, Creative has supplied a small (around credit card size) hard-shell, compact carrying case, and while a slight squeeze to get your In-Ear 3 Plus into, makes it very pocketable.


The sound is produced by a pair of balanced armature drivers, one tweeter and one woofer, with passive crossovers. Each driver leads to its own sound bore, and while making the nozzle slightly thick, enhances the definition.


The treble is laid back, with no emphasis, and may sound a bit lifeless in that range due to the lack of any boosts or spikes that sometimes help to give the impression of clarity. This means that while you will never be complaining of a headache due to sibilance, it may sound boring to some listeners.


The midrange is the main point of this earphone, and the bass and treble seem to support, rather than compete, with it. Smooth, relenting and wonderfully rich, the midrange is presented intimately and perhaps even slightly in-your-face. Female vocals benefit from this, coming into a class of their own, only challenged by the Audio Technica ImX0 range of IEMs in terms of pure lushness. Detail retrieval is typical of a balanced armature design, and note decay is relatively quick and clean.


The bass is a complex issue. The upper and mid ranges of bass are well presented, showing body and speed, although it may suffer slightly in terms of timbre, coming off as too warm for my taste, while the subbass is not as well represented, and hence lacks any real depth, sounding slightly weak at times due to the absence of the subbass. Impact of the bass is also subpar, preferring to sound inoffensive rather than energetic and fun, and may not go down so well with listeners looking for excitement in their music.


The soundstage is very small, almost cramped. It falls short of higher end IEMs, such as the Custom Art Music One, in openness and air, almost seeming as if the music were all happening within your head. Despite this, it redeems itself with good spatial imaging, and instruments and vocalists are easily positioned, and has a relatively 3D soundstage.


The In-Ear 3 Plus has proved itself to be a solid performer, decent for its price range at about USD$150, and has improved on the flaws of its predecessor. While not for those seeking an electrifying presentation of hard rock and metal, its versatility makes it a great deal for consumers with a wide range of genres or looking for a relaxing sound with succulent mids. Overall, a pair of IEMs befitting of their price.
Pros: Well Built, Clear Sound, Premium Feel, Nicely Updated, Monitor Quailty
Cons: Highs can get a big harsh, Housings are a tad big, No removable cable
Creative listened to buyers of the original Aurvana In-Ear3 and thought, we can upgrade that.

Cue the new Plus version.


Creative In-Ear3 Vs the In-Ear3 Plus:

I’m going to make a little note here.  I LOVE the fact that these come with a pair of Foam Eartips.
I’ve never been able to get any silicone version to work.  I just wish the foam came in at least a few different sizes.

Those with the original In-Ear3 will notice there is absolutely no difference in the housing.  It is the exact same.  That is not a bad thing, not at all.  The Plus, like its predecessor is quite the looker.  Build quality is top notch.  Attention to detail is superb.  I very nice built IEM.  The upgraded cable is much tougher than the thin rubbery version it replaces.  It would be nice for this price range if there was a removable cable.  Thus being able to have the option of having the microphone or not.  But that does not deter from the toughness of the new fabric covered fixed cable.

Fit will depend on your ear canal.  The In-Ear3 Plus is not the smallest IEM out there, most likely to the multiple drivers.  So it can take some getting used to when inserting.  Once in, the Plus provides quite a nice noise isolating seal.  I did not notice much discomfort, even after extended listening.

Lows are present, but are not the defining feature of the In-Ear3 Plus.  Bassheads need not apply.
Those looking for control and clarity, this will be more to your liking.  The Plus can handle a push down low of the EQ.  I found if I was in the mood for a little more bass, that they could pump out more than I thought.

Mids are clear and focused.  Vocals are wonderfully present and smooth.  The mids never feel forward or recessed, a joy of the In-Ear3 Plus.

Highs can be a tough area for the In-Ear3 Plus depending on your music selection.  There are instances were there can be just a slight harshness at higher volumes.  Though I would not say these are over sibilant, just more of a focus on hearing all frequencies from bottom to the very top.  Highs are not rolled off early.  I can say that these are one of them most revealing IEMs I have tried in quite some time.

Soundstage is on pair with most high end IEMs.  Distance is acceptable for an earphone with this kind of noise isolation.  Instrument separation is a highlight of the Plus.  The dual drivers do a wonderful job of working together to keep pace with whatever you throw at it.

The Aurvana In-Ear3 Plus is a very capable IEM.  It tackles even the most demanding music with ease.  Sound signature can be described as monitor quality.  The Plus wants you to hear the way as it was designed from the original mix.  There is no veiling, no warming, just crystal clear representation of the music.