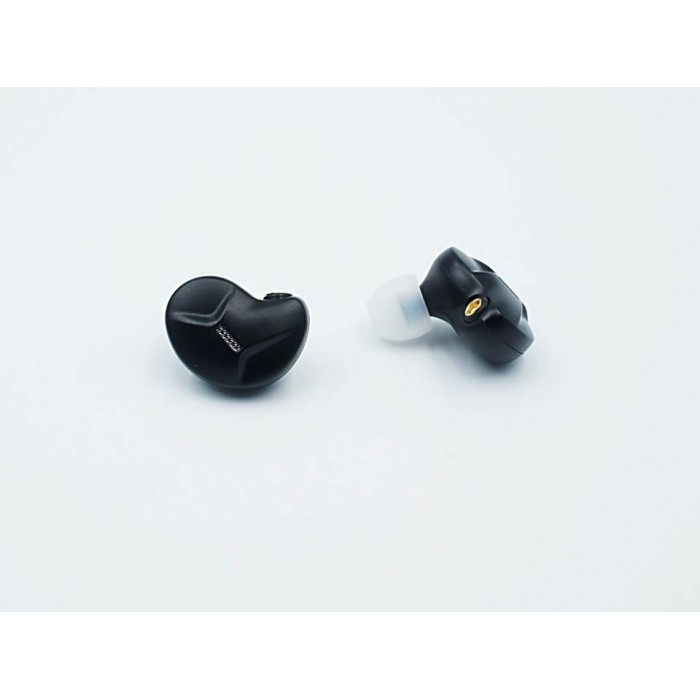 Detailed but rolled off treble

Not bass shy at all but sub bass rolls off

No harsh or shouty

Pros: Build quality and fit, Quality cable, Smooth and rich mids, Layering of instrumentals/vocals, Silky Vocals, Drums punchy and energetic
Cons: A little too dark sounding, Coloured timbre while enjoyable, is not the most accurate, Roll-off in subbass and treble
For more reviews like these and more, do check out our site at: www.perrivanaudio.com

Disclaimer: This review set was graciously lent to me by a friend and the review is written of my own accord.

This is a review for the BGVP Zero, a hybrid IEM. It packs a 10mm carbon nanotube dynamic driver and a 7mm electret electrostatic driver in a sleek matte black aluminium shell. Electrostatic drivers started gaining traction since the Shuoer Tapes debuted to much fanfare. This release from BGVP, however, has been relatively low key and under the radar. Without further ado, let's take a look at these and how they fare. 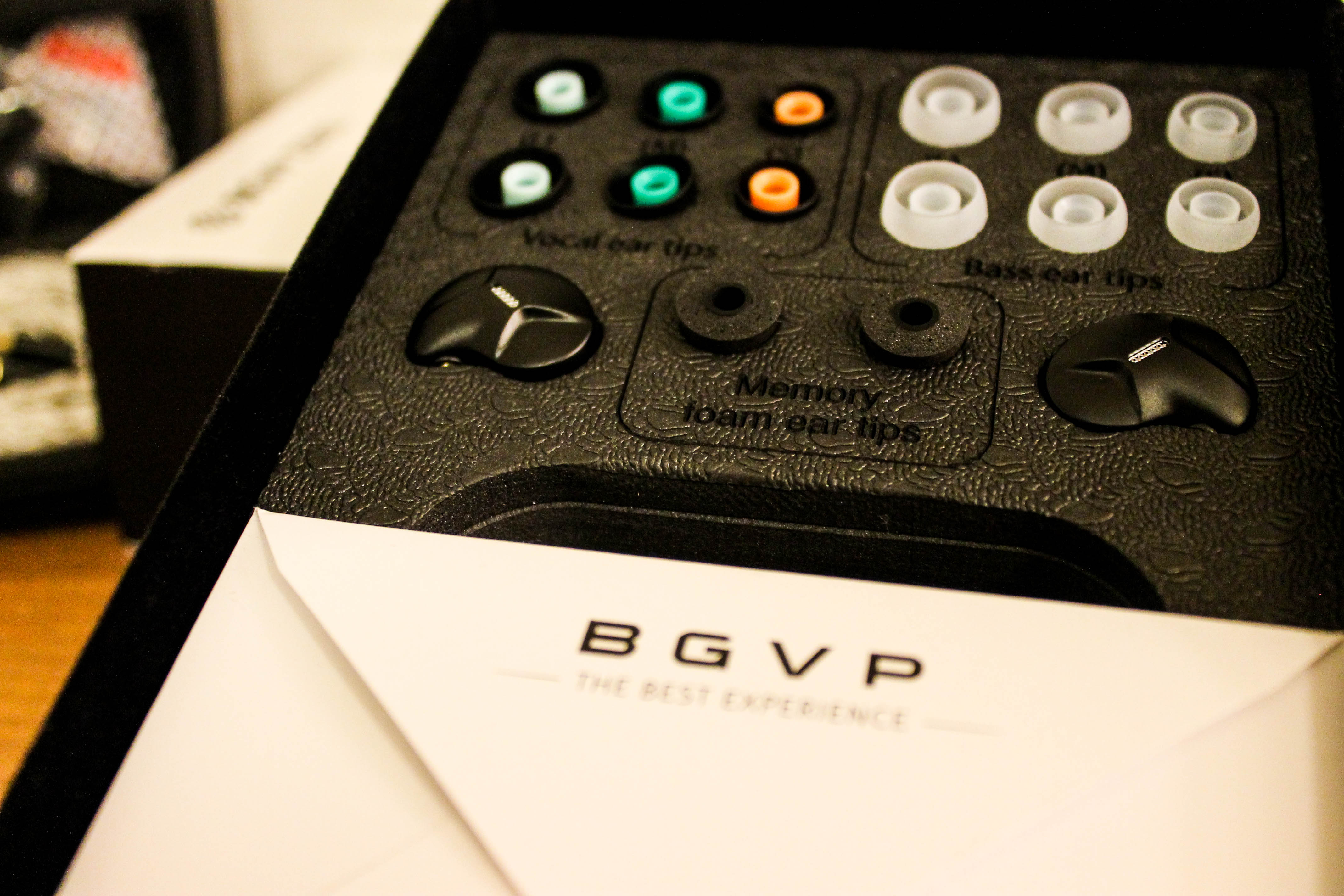 The packaging looks really premium and things look promising from the get-go. Opening the packaging reveals a display of an array of tips, one set for vocals, and one set for bass, together with the IEMs and a hard case.

Build quality definitely impresses, especially at the asking price. BGVP has definitely become talented IEM designers even if their tuning hasn’t exactly been the most consistent. My praise for these extends towards the fit as well. It sits almost flush and owing to its elegant curves, the earpieces nest comfortably in my ears.

BGVP also didn’t cheap out on the included cable, with a 6N OCC silver-plated upgrade cable which not only looks gorgeous but feels super soft and supple in the hands.

All this just displays well-thought-out design and where everything just makes sense. 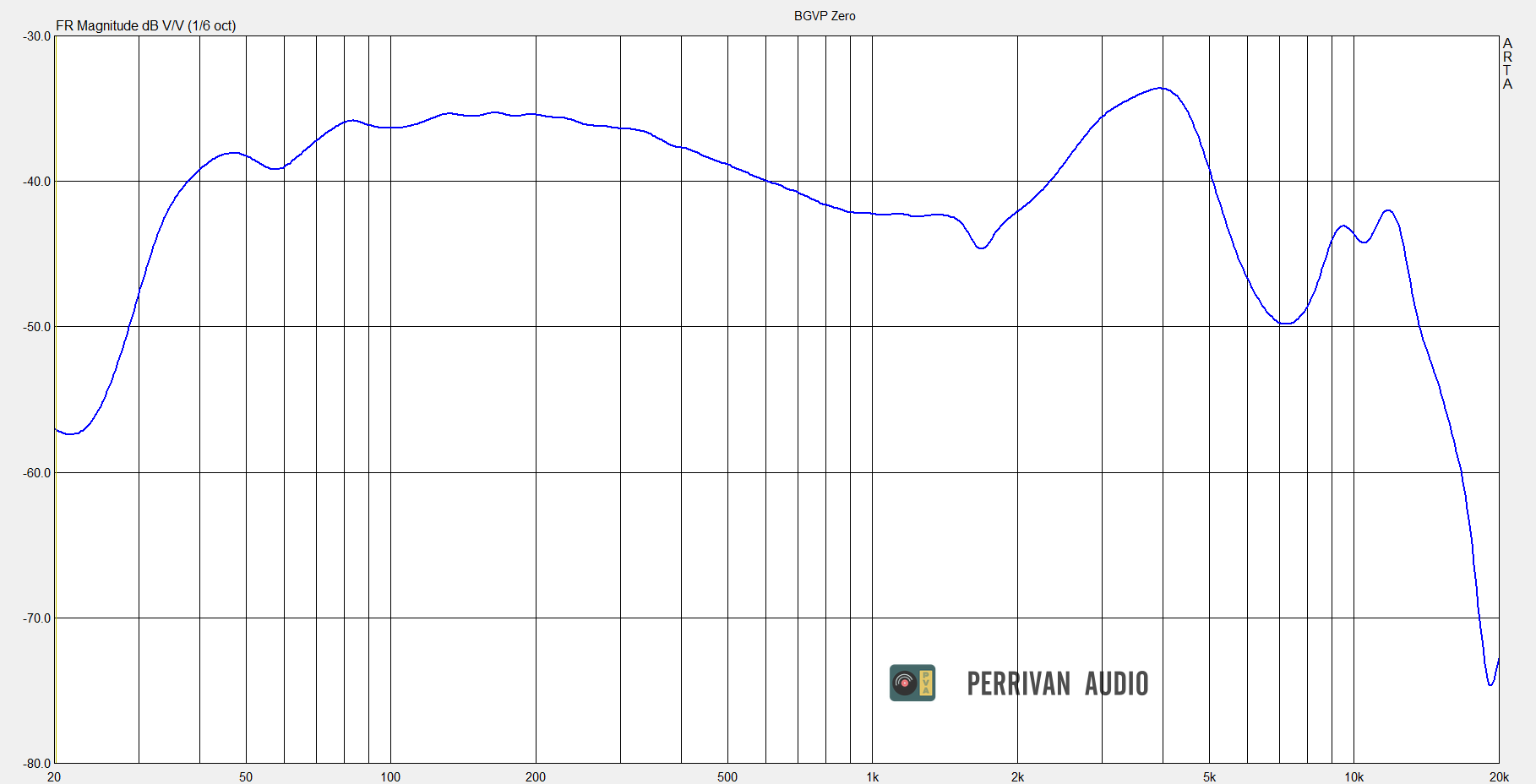 There is quite a bit of midbass emphasis. However, the subbass extension is nothing to write home about. However, the layering in the bass is very impressive and it never ever really gets muddy with complicated basslines.

On “Rivers of Babylon” by Boney M, the different layers (bassline/drums/instruments) are well separated and articulated, coming together very musically. Kickdrums, snares, and toms all have a very nice attack and punch to them.

I especially love the mids on the BGVP Zero and it has to be the star of the show on this IEM. On top of being silky smooth, they're just so luscious and thick. Admittedly, it is not the most natural or accurate sounding but it certainly is indulgent.

Plugging the Zeros into an amplifier, the mids become noticeably more energetic as compared to weaker sources. The energy in the electric guitar in Andy Gibb’s “Shadow Dancing” was deliciously addictive. This, on top of the punchy and articulate bass guitar, was like an “ear Jacuzzi”.

Vocals were extremely enjoyable as well, on NEEDTOBREATHE’s “Stand by Me” and “White Fences”, there was very pleasant layering and textured male vocals which I thoroughly enjoyed. Instruments like Clarinets and Saxophones have a really warm, full-bodied sound that brings life to instrumentals.

The treble response on the Zero does not really impress and is pretty lackluster overall. The Zero has a very safe tuning and never gets sibilant. However, the treble extension is not very good and on more revealing tracks, it’s lack of detail retrieval in the highs become apparent.

On tracks like Greenday’s “Holiday”, crash and ride cymbals often lack definition and sparkle. They don’t sound unnatural but are noticeably muted and lifeless. On Sha Na Na’s “Born to Hand Jive”, treble tonality in areas such as the Hi Hats, is very mediocre and sounds a little thin.

The Zero is a very dark sounding earphone and I would say it is a little too dark at many times, and I can't help but take a few points off for its incoherent tonality.

Although the Zeros are not hard to drive, they seem to benefit from the use of an amplifier. Also, pairing can have quite a big impact on sound and I would classify the Zeros as a very coloured IEM.

The Zero would benefit from a more neutral source or amp due to its already very dark and warm nature. Having a warm source may skew the overall tonality a little too much. 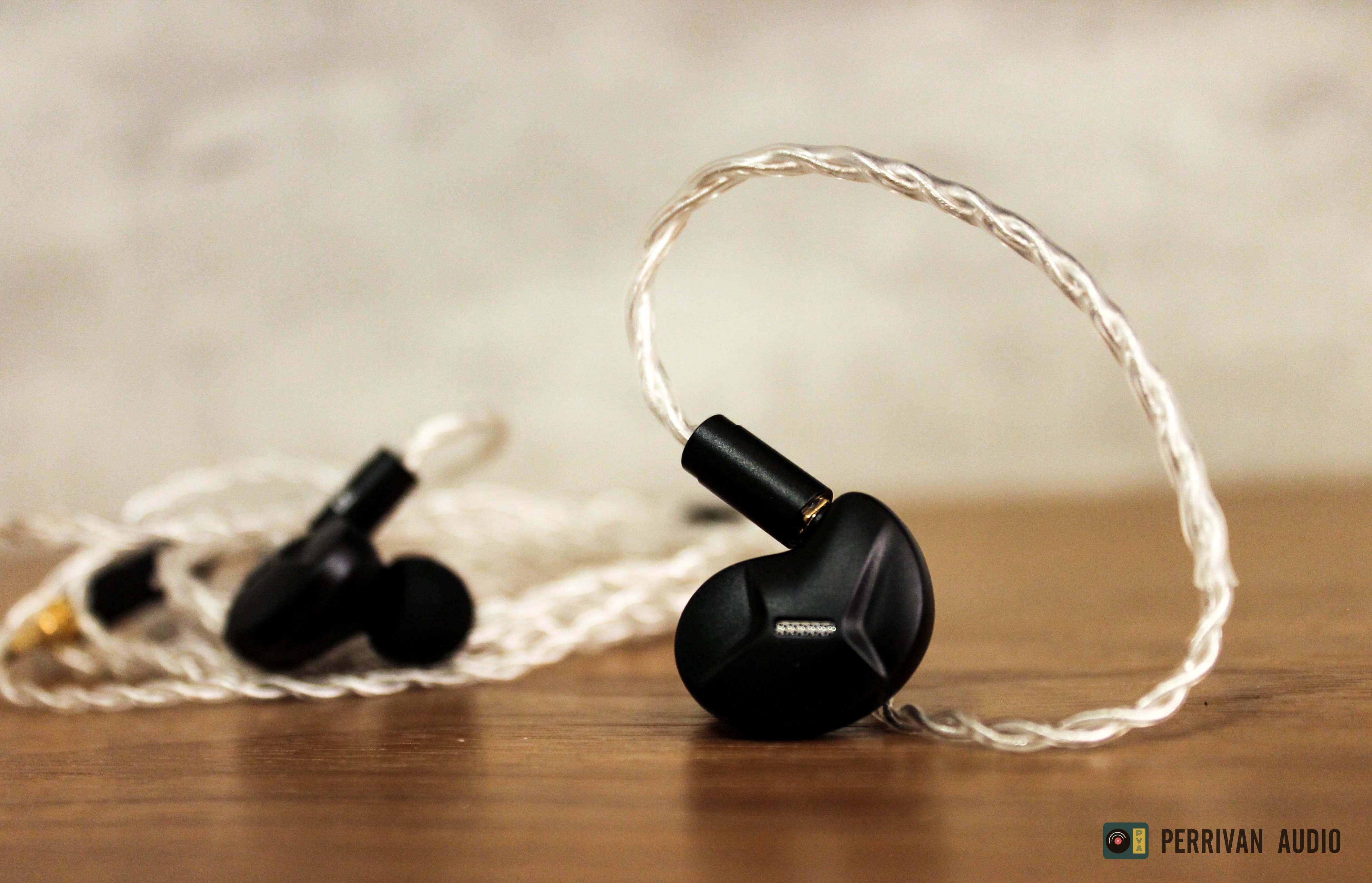 The Zero has a lot of potential but does have its Achilles heel - poor extension in bass and treble, coupled with its tonality flaw. It loses the tonal accuracy and some tracks can sound a little overly unnatural.

If you are looking for a pair of earphones that are tonally accurate then the Zeros would not be your cup of tea. Nevertheless, I really did enjoy my time with the Zero and there is just something really addictive about the mids that keep me coming back for more. It is something that you could listen to for hours on end and get lost in the luscious mids without ever feeling any fatigue.

It’s quite astonishing to see BGVP push out a quality electrostat IEM for an asking price of just $120. Although far from perfect, I would say the Zeros are a huge step in the right direction by BGVP and a positive indication of more promising releases from them.
Reactions: doushi and chinerino
Turn the light of
Pros: good technical characteristics
relaxed IEM with basically detailed, full and soft mids, relaxed highs and a spatial stage
Cons: too warm and dark
rather intimate
Rating: 7.7
Sound: 7.5

Intro
I'm not sure if BGVP has already produced a single driver IEM, apart from their ear buds, so with all the mostly very successful multi-drivers and hybrids of the company, this is a welcome change, which at the same time raises expectations. This is not "simply" a dynamic driver, but even an electrostatic one.

I have to admit that sometimes I can do more, sometimes less with the ZERO. What is certain is that it has a very unique signature, which makes it recommendable to a limited extent, depending on the music you want to be sprinkled with.

Handling
I have reviewed a few BGVP IEMs so far and have never been disappointed with the scope of delivery, even if this is the least I care about.
I have also never seen an IEM which I could not attest a good seat and ergonomics.

the ZERO is no exception. Good 4-core cable with MMCX, 3 kinds of silicone and a pair of foamtips, which are some of my favourites. In addition an attractive packaging, which can be opened like a book.

The ZERO is made of metal, compact and very well processed with a noble, but simple and timeless design. It has an air grid on the faceplate, which makes it more open in sound, compared to a completely closed design, but reduces the isolation a bit, similar to the BGVP DMS. However, this is more disturbing to the outside world than to yourself.

Sound
The ZERO sometimes leaves me a bit perplexed. Warm, soft, quite dark compared to other BGVP models and yet detailed and transparent when the music and source are right. Sometimes intimate and oppressive, sometimes clearer and separated. An IEM with two sides. Brighter players are definitely welcome!

The ZERO is surprisingly bass-heavy, which I wouldn't have expected from the driver choice. Sometimes I find it a bit overwhelming, especially with rock music, as the mid and high frequencies rarely manage to provide clarity. The bass tends to booming a bit and is not the fastest on the market. Spongy is the wrong word, but the bass of the ZERO definitely likes it softer and more organic than hard and punchy. That might work better in genres like jazz, or partly classical music, but I would like to see more facts here than to flush everything soft.

From the bass on it goes up, also concerning the rating. If the bass is not too much in demand, the mids can unfold and convince me with their voluminous and smooth nature. However, for me they are anything but natural, as the bass gives them too much warmth. Here, I feel a bit reminded of the BGVP EST12's "sugary" mids, but they are much clearer and more transparent. You get used to the signature of the ZERO, but still I always have the wish for more clarity and brightness. Voices are quite intimate and fade into the background. With acoustic music, this creates a cosy atmosphere, but can also cause narrowness and loss of naturalness. Basically the mids are quite unique and certainly not bad, but I don't like this presentation much.

With the highs I experience a similar play as with the mids. Partly I'm really taken with it because of the good resolution and the details, on the other hand I'm sometimes afraid to fall into a dark hole when listening. Again, the ZERO clearly benefits from brighter sources and although the driver is easy to drive, it also benefits from more powerful DACs. What the ZERO has to be credited with is its absolute freedom from sibilants and peaks. On the other hand, there is a fast roll-off in the high frequency range and you usually have to concentrate on the musical content if you don't want to miss anything. Certainly suitable for relaxed listening, but nothing for analytical purposes.

The ZERO is a rather intimate IEM, due to its warm and darker tuning. This is of course also reflected in the stage. However, the stage is surprisingly three-dimensional and also offers enough space to separate instruments well from each other. A clear strength of the ZERO within its possibilities. Still a bit unusual and not consistent.

Outro
Even though the ZERO sounds sometimes make me sweat, I don't really get warm with it. It certainly has quite good technical characteristics, but the sound is a bit too warm and dark for me.I have to admit that I've rarely heard this kind of presentation and that certainly makes the ZERO unique, but that doesn't mean that I like it. Maybe I'm a bit biased by my listening habits, even though I always try to approach an IEM with an open mind and get something out of many signatures, but that's what makes a personal opinion.
If you are looking for a warm and relaxed IEM with basically detailed, full and soft mids, relaxed highs and a spatial stage, you might find your luck here.