Loading…
Pros: Neutral. Robust. Reliable. Lovely remote.
Cons: Neutral.
If you want the audio spectrum artificially boosted in some way, forget the DAC2. It is neutral - which some *#"~* people describe as boring. They are probably the people driving down the High Street with bass blasting out of their cars.

I used a Benchmark DAC1 for a few years. It was neutral and super-detailed without any artificial edges but somehow it did not sound realistic. It was, nevertheless, the best DAC I could find at the time and with the right amplifier could portray a full orchestra well enough to be able to listen to each instrument individually if that is what you wanted to do.

I changed to the DAC2 because: A. it added a tiny bit of warmth B. it was neutral and naturally detailed, C. it gives a fantastic 3D sound-image, D. it streams and plays 'all' hi-res and DSD without any problems and E. It completely removes the need for a separate pre-amp.

With a good recording, an orchestra playing on my speakers now seems to extent outside the sides and behind the speakers, well into my back garden. Magically, the image also has a bit of height. Its imaging creates a superb illusion of reality. If you play a simple recording of musicians that could actually fit in your listening room, it really can sound as if they are there. When Nigel Kennedy wanders around whilst playing his violin, you can 'see' him moving. Very few systems can manage that and it was not the case with the DAC 1 nor with a dozen other DACs of all prices that I tried. The DAC2 is still the best DAC I have heard. Many expensive DACs sound like jokes in comparison, desperately trying to impress by altering the sound. Many cheaper DACs do this deliberately or accidentally. That may of course be useful for balancing out a shortcoming in your system but it leaves you with a problem if you ever want to upgrade your system.

HEADPHONE AMP
My favourite headphones are my Beyerdynamic DT 990 PRO (250OHM), which some people criticise for being a bit harsh, I'm not sure why. I don't have many dedicated headphone amps to compare it with but the DAC2 makes them sound better than anything else I have. It gives an unforced, close-up presentation of the performance with great texture, timbre and subtlety with no hint of a 'U' shape, a 'V' shape or any other shape. Dying echos, when they exist, can almost be counted. I also get a great performance using my Shure SE535s - which are again the best earphones I have heard.

For head-phone amp comparison, the next best I own is an Oppo HA2. The Oppo is good enough that it even made me sell my A&K but the DAC2 is significantly better. It seems to grab the headphones and make them do what IT wants rather than what they want. So, if you don't want 'neutral', don't buy a DAC2, but if you really want to hear the recording, I have yet to hear anything better.

dhruvmeena96
Its a studio stuff for monitoring

Why da heck did you even buy it when you need a weird coloured sound
Pros: studio like sound, great build, nice remote
Cons: Usb can be finicky 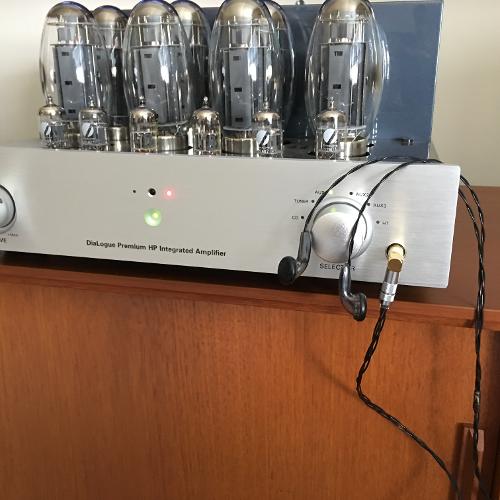 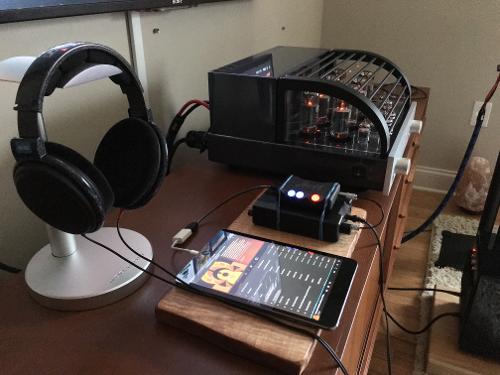 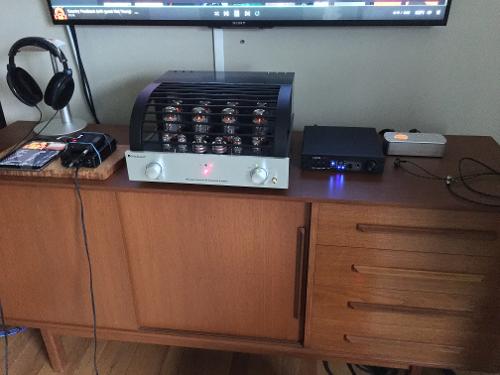 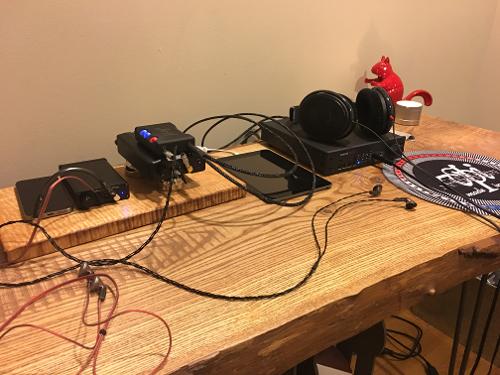 The benchmark dac2 HGC surprised me in many ways. The studio like sound and honest nature paired very well with the HD600. Its performance rests between my Primaluna Dialogue Premium HP integrated amp ($4399), used with a Chord 2Qute DAC ($1799), and my Chord mojo dac ($600) used with the Venture Electronics Runabout 2.0 amp ($358).j The unit and remote areboth very well built, and even for their size, have a high end appearance. The Benchmarks quad chipset Dac has a very nice analog sound, giving me the bass detail and soundstage one would expect at this price. The motorized ALPS volume pot is a key feature, keeping the soundstage perfectly balanced while adjusting. The soundstage is very wide, with clear vocal and instrument separation, and good layering. Instruments have great detail, shading, and texture, which i can find the Chord Mojo lacking during complex passes. The detail, micro detail, and soundstage depth is lacking what the Primaluna/ 2qute combo brings to the show. The HGC, however, can make up for it with its own analog sound and presentation which i have come to admire over a few months. I recommend this to anyone looking for a great reference level kit.

I used a 2014 Apple mac mini running Tidal hifi, to a Wyred4Sound Recovery usb Femto reclocker, to all dacs in this review. My main headphones are the Sennheiser HD600, also I used my Venture Electronics Duke IEM, and Zen 2.0 Black edition.
Reactions: CullmanLun
Pros: Excellent sound quality, drives just about any headphone, plenty of input options
Cons: Some may find it too clinical and lacking in warmth
For the last few years I have used the older DAC1 HDR as my main DAC driving my Audeze XC headphones. The newer DAC2 HGC has been available for a while now and has been well reviewed. Other reviews have stated that the new DAC2 is like the old DAC1 only better, as I always liked my DAC1 I decided to upgrade.

There is a noticeable step up in sound quality over the older model. There is more detail giving extra space around the separate instruments; especially noticeable in the higher frequencies. The bass is firmer with more control and slam which really helps drive the song along and get your foot tapping to the beat.

The extra front panel indicators are nice if you have recordings at different sample rates as they give visual confirmation of what you are feed the DAC.

The only down side is that it is brutally honest in its rendition of the recording, some may find this too much. It is not kind to imperfect recordings showing them warts and all, not glossing over any imperfections.

Overall this is still one of the best DAC regardless of price you can buy. Additionally it has an great headphone amplifier built in which will drive awkward high end headphones with ease.
Reactions: CullmanLun, rocksteady65 and BobG55