This is a diy product very similar to the ODAC, and though the internal is mostly similar there are some improvement and differences to the device. The main differences come from the galvanic isolation that was added into the design, the separate power supply and no longer being ran off of usb power which will lead to even cleaner sound and less interference. And finally the design of the case and or chassis, with the connectivity options being different from the ODAC. it connects to a Amplifier via RCA out which are connected to the CDAC+. It is connected to the source via USB. Also comes in a Hammond case either transparent blue or black.
Share:
Facebook Twitter Reddit Pinterest Tumblr WhatsApp Email Share Link

Pros: Price per performance(140$ shipped is fantastic) Isolation for less interference, really clean and detailed audio source, cable like design.
Cons: No 3.5mm and or 6.3mm connectivity for amp, some people will miss the metal chassis of the ODAC if switching to this unit.
I currently had done a review for the Fostex HP-A3 DAC/amp unit, which is a couple years old, but none the less one of the best units in the price range from experience and reading material from people and enthusiasts with much more knowledge than I. So, after I had first listened and used for a while with the Fostex. I was able to write a review about the unit, and also a brief comparison with the CDAC+ which I had just received the night before the review. I had only wrote about early impressions and felt this unit was too good for the price not to be reviewed more thoroughly after some serious listening. So this is what I have have discovered from my listening these past couple weeks .

The Audio Poutine CDAC+ is not a well known unit even among some audio enthusiasts and that is a shame, because it is a very nice option among the different makes of the ODAC. Now, Audio Poutine is known as another maker of their own version of the ODAC, and he still makes his own customized versions of the O2 amplifier. They are actually quite fetching, and after he had sold many of the ODAC's he was assembling, he then turned to modifying the original design and attempting to improve upon the design and audio. This comes down to a couple things that the ODAC may be lacking which comes to the isolation, and the USB power being less clean than separate psu. I will be addressing how I feel the CDAC+ sounds and functions in review and also a comparison against two other DACs being the more pricey Fostex HP-A3(using the Vali as amp to even the playing field) and the less expensive audiophile budget unit, Stoner Acoustic's UD110 v2. I felt that these would make good comparisons being that all 3 units are some of the best options in their price range.

The CDAC+ is a nice unit in all 3 of categories I tend to look for: Aesthetics, build( for the intended use), and the most important being sound quality which I believe this unit does fantastic in all three. The unit being tested with the Schiit Vali amp(good pairing) the Sennheiser HD595(modded for bass impact and increased soundstage) along with the Beyerdynamic DT 990 pro. I will be listening to 16 bit/44.1khz resolution files at the minimal and 24bit/96khz which is the standard sample rating for the CDAC+.  First I can say with certainty that after listening for roughly 3 weeks that this DAC is exceptional with it's clarity everything sounds so clear and clean, and you get a great reproduction of the music where most of the coloration is coming from the headphones and or amp you are using which is what I prefer. I like a nicely detailed and transparent DAC, and I would rather have my chosen headphones being what flavor I choose along with what amp I am using. It does a great job at bringing details out of the phones I am using to forefront where they were likely recessed and or invisible before. This a nicely unique thing to find at this price range especially when it was made originally. I know now there is much much more competition being with the MANY USB powered and portable DACs out there in today's market. Now I could say they all sound lousy in the sub 200$ price point, but I would be lying through my teeth because the truth is we keep getting portable and very minimal DAC's that may not have all the richly variant features that a desktop may provide, but they sound just as good as some at half the price. Well, I believe the CDAC+  may not be able to be used with a phone, but it is easily transported as long as you have a wall to plug the psu into. This is not the first small footprint DAC to be offered, but it definitely is one of the best sounding units to be offered at this particularly low price of sub 150$(shipped)

I will be bunching aesthetics and build/functionality into the same paragraph mainly because there is only so much that I can write about a DAC, even if I think it is amazing. The CDAC+ may have similar internals as the ODAC, but it definitely ended there. The shell and or chassis of the CDAC is a Hammond case much more in comparison with the grubDAC actually, and I think that it looks nice and minimal with a pretty blue led that shines through the case. The fact that is pocket size is handy to say the least, and that you do not need a 3.5mm and or rca cables to carry with you to connect to whatever amp you may be using. Was a very nice improvement in the design adding the short RCA cables attached to the unit eliminating the need to have one with you. The casing is not as nice as the ODAC's aesthetically with the brushed aluminum look to it, but it also is cheaper than the ODAC by about 25 dollars being sold for 125$ before shipping. So I think this is a good trade off which is dependent on the preferences of the buyer. 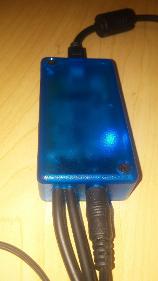 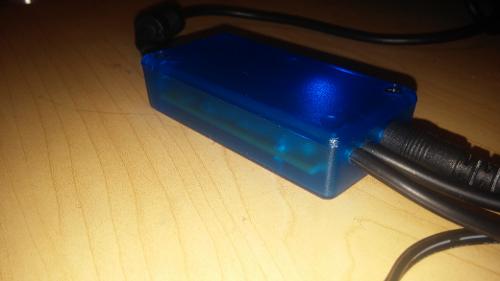 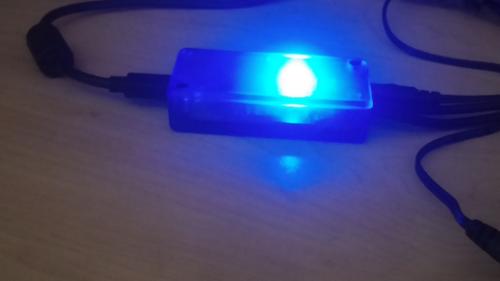 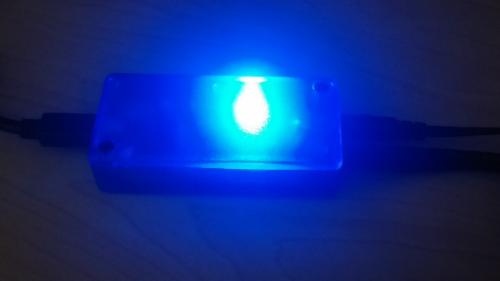 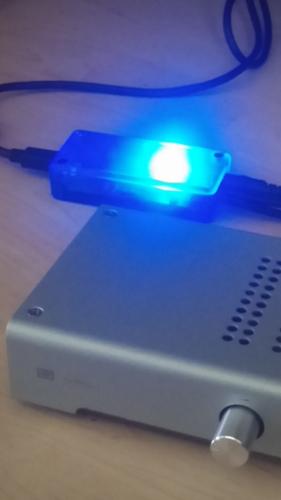 As far the quality when the CDAC+ has some decent quality FLACs to convert....awesome a word that pops on the top of the brain. Where do I begin, it is a bit fuller sounding than the Fostex, which is bit leaner but very well controlled especially in the low end, now the CDAC+ is bit more upfront feeling while listening to it, it does well with keeping the soundstage honest with the headphones it is using. Detail seems to come very natural with this DAC, and pairing with the Schiit Vali was a great idea as they do something very kind to music. They make the HD595 more engaging than  they may have been prior to listening. The modifications done to the HD595 do wonders to this already decent headphone, and I am pretty in love ith using both the DT990s and the 595s with the CDAC+ when the Vali is in the mix. The Fostex HP-A3 may be more detailed at some points, where the CDAC+ is a bit warmer, now I do not know for certain but I happen to thoroughly enjoy both the CDAC and Fostex(DAC with Vali) on almost equal footing, which this is just preference. The CDAC+ is has a bit better when comes to Clarity perhaps than either UD110 or HP-A3, not I do not know if this is accurate exactly as in I feel both HP-A3 and UD110 are very clear, and clean sounding the Fostex I believe is just as clear as the CDAC+. What I may be hearing is the cleaner power source, and I believe that must be it, and the Fostex would gain much from this I believe.

I still would say I prefer my Fostex perhaps with most tracks and with the HD595 it pairs very nicely even with the integrated amp. This is however considerably a compliment to Audio Poutine for their work with the CDAC+ being that the Fostex(which is a much respected brand and the HP-A3 which is fantastic) Is about twice as much at normal prices. I got mine for much much less as a gift, but I cannot say I prefer it over the CDAC+ with all my headphones, it just is so hard to compare the two in some instances. When two DAC's sound really very good for the money spent it is hard to find which you prefer when you happen to love both. Now, with that being said I can recommend this DAC easily as one of the best values in audio equipment out there. Now, also having the UD110  I can honestly say I am stumped on which I would recommend as the best bang for you buck other than this: depending on portability being a factor, what price range you are wanting to shop in, and whether or not you need an integrated amp or a all in one unit I could easily recommend all three of these units. The main reason the UD110 was brought up was because I am still doing some listening with it to right a review about in the future.
I hope this helped any wanting to know about the CDAC+ and or if you had and or have more questions feel free to pm me about the unit. It can be ordered via email check out Audio Poutine on Facebook to get a hold of it through there.
Reactions: micmacmo and Diablosbud
Read more…