The Pollux provides a balanced tonality with a clear sounding stage. In addition, clean sounding vocals and sparkling treble are proudly presented as ARC's sound signature while the bass remains punchy and tight. The ARC Pollux lends to a mesmerising sound that allows you to immerse in your music within your own space. 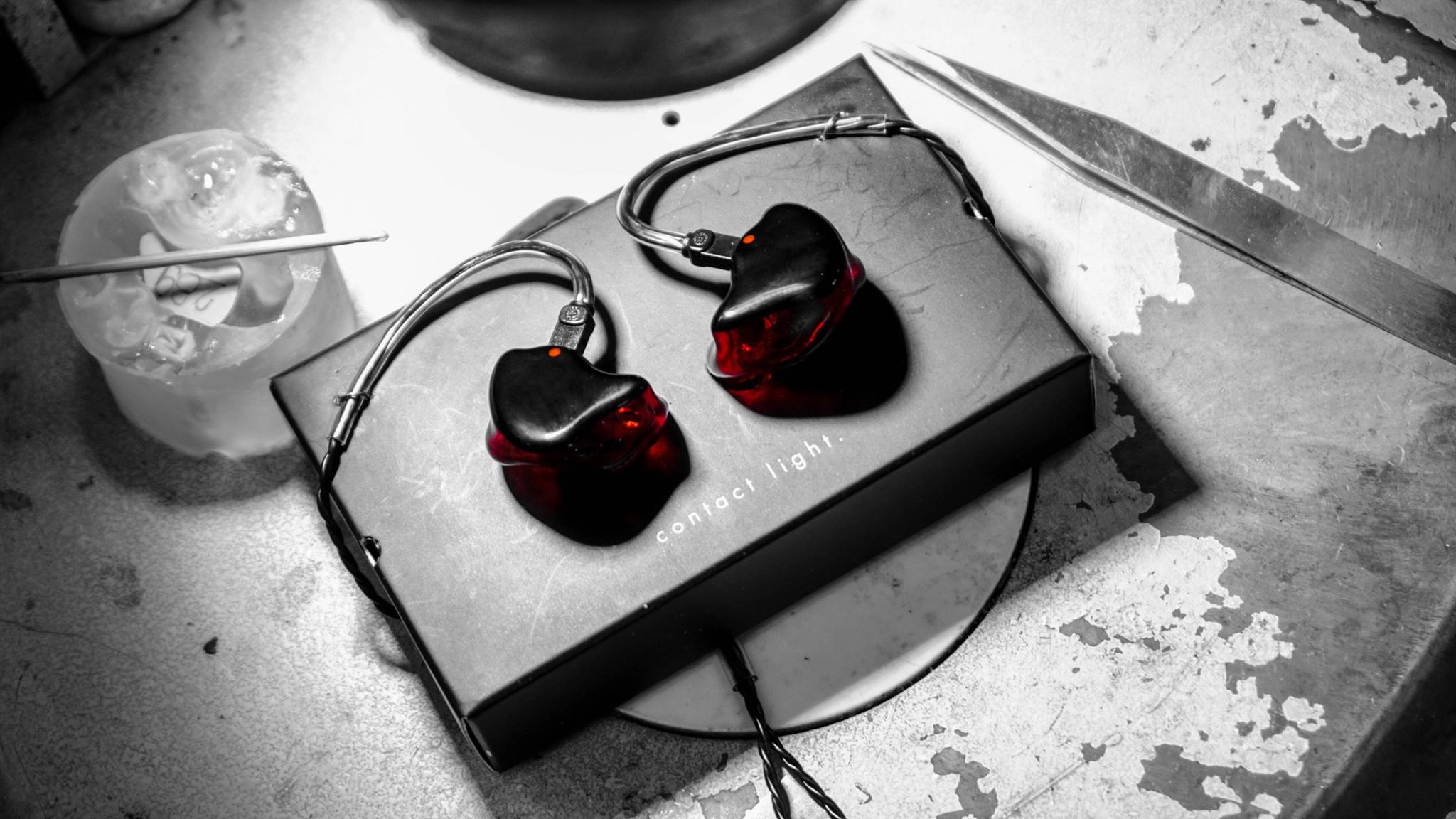 This Review is a representation of my humble opinion. YMMV!
Click to expand...


How I found the brand:

CIEM's (Custom In-Ear Monitors) are often lauded as a rite of passage for any portable-audio enthusiast. The barriers to entry; ear impressions done by a professional audiologist, the long-wait time, the potential risk for a poor fit, the cost to entry and the durability of the acrylic used are considered hurdles one most cross.


I've always been fascinated by the bespoke nature of a pair of Customs since 2012. At the time of my infatuation, prices ranged from $400 to the thousands. There was an endless selection of boutique brands worldwide but none of them were priced accessibly. At the time, I was still vanilla to the hobby and uncomfortable in making such a large investment. Distributors in Singapore like Treoo do not include the cost of Ear Impressions and 2-Way shipping for the listed Customs online.

Jump forward to 2018, I was dead-set on taking my audio journey a step further. I wanted to satisfy the Custom Itch I've had for a long 6 years. With the "Balanced Armature" explosion that has occurred over the last 5 years, finding an affordable Custom wasn't that much of a challenge. A few google searches brought me to Music Sanctuary; a company that was reputable for its exorbitantly priced offerings. To my surprise, Music Sanctuary was carrying a "budget-piece" for audiophiles that weren't comfortable with shelling huge wads of cash. The brand responsible for this beauty is ARC Audio; a brand that started out in Thailand. Being their first feature product, the ARC Pollux came across as a no-nonsense Custom; with its muted color palette and single-driver approach.

I decided to settle down with the ARC Pollux; an entry level single Balanced Armature custom at a reasonable $399 SGD. Unlike other companies, the $399 SGD price tag covers the cost of ear impressions and the 2-way International Shipping.


Special thanks to Techat of ARC Audio for answering the many questions I had for him and the steady updates I received (alongside Hi-res images of my CIEMs). His service is deeply appreciated. Many thanks to Music Sanctuary for handling my order professionally without any setbacks.
​

The ARC Pollux comes with packaged with a opaque black sleeve covering the Pelican Case. Nothing much to ride home about, but it further cements the "Buzz Aldrin" Space-Age theme it's going on (at least that what it appears to be, according to the main website). 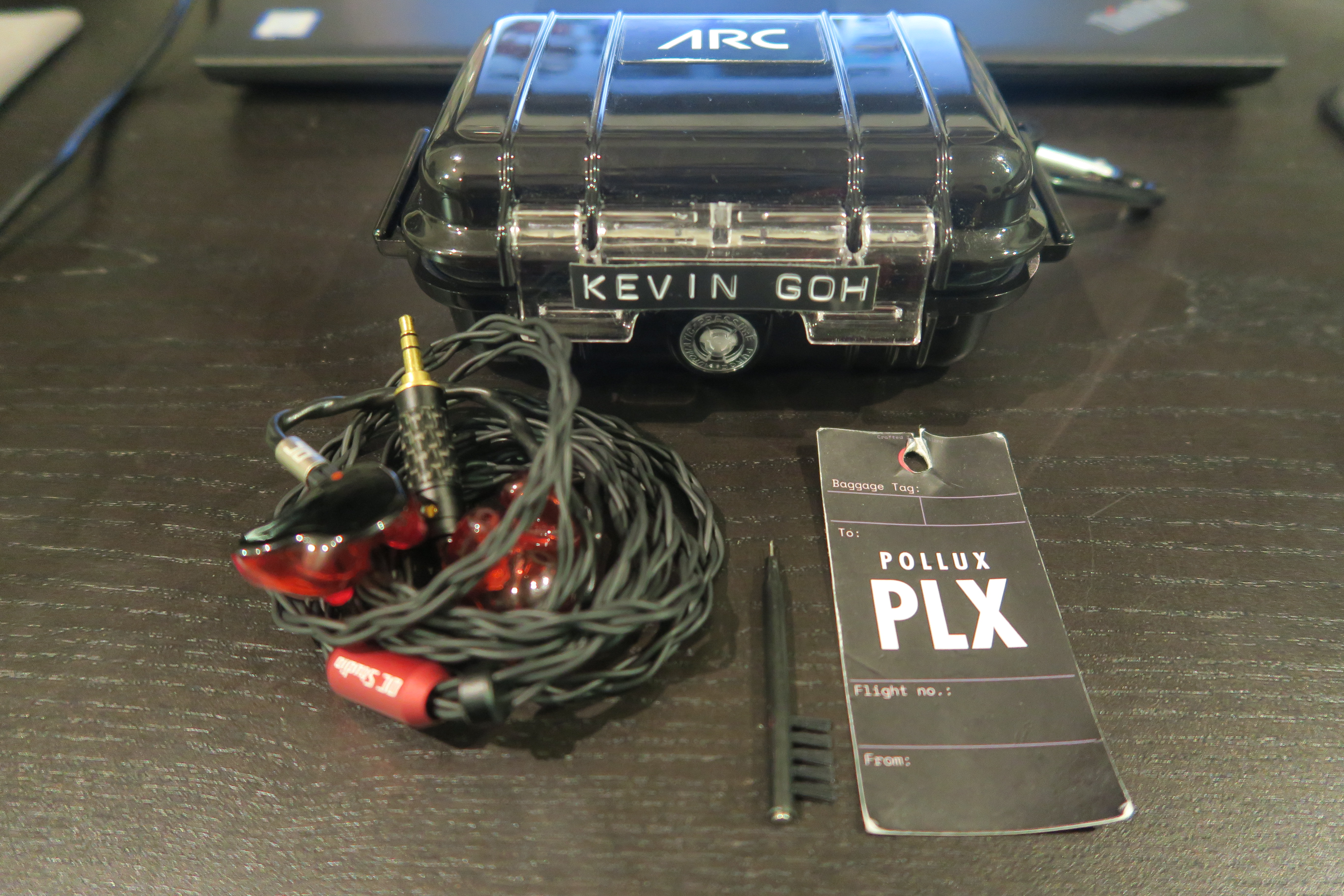 The ARC Pollux, like many of its competitors offers the standard package that's expected of a pair of CIEM's; a heavy duty military-spec'ed case, a cleaning tool for ear wax removal and the standard 2-pin braided cable. Considering the price paid for these, the accessories provided are above and beyond (compared to universal IEM's in a similar price bracket) its competitors. 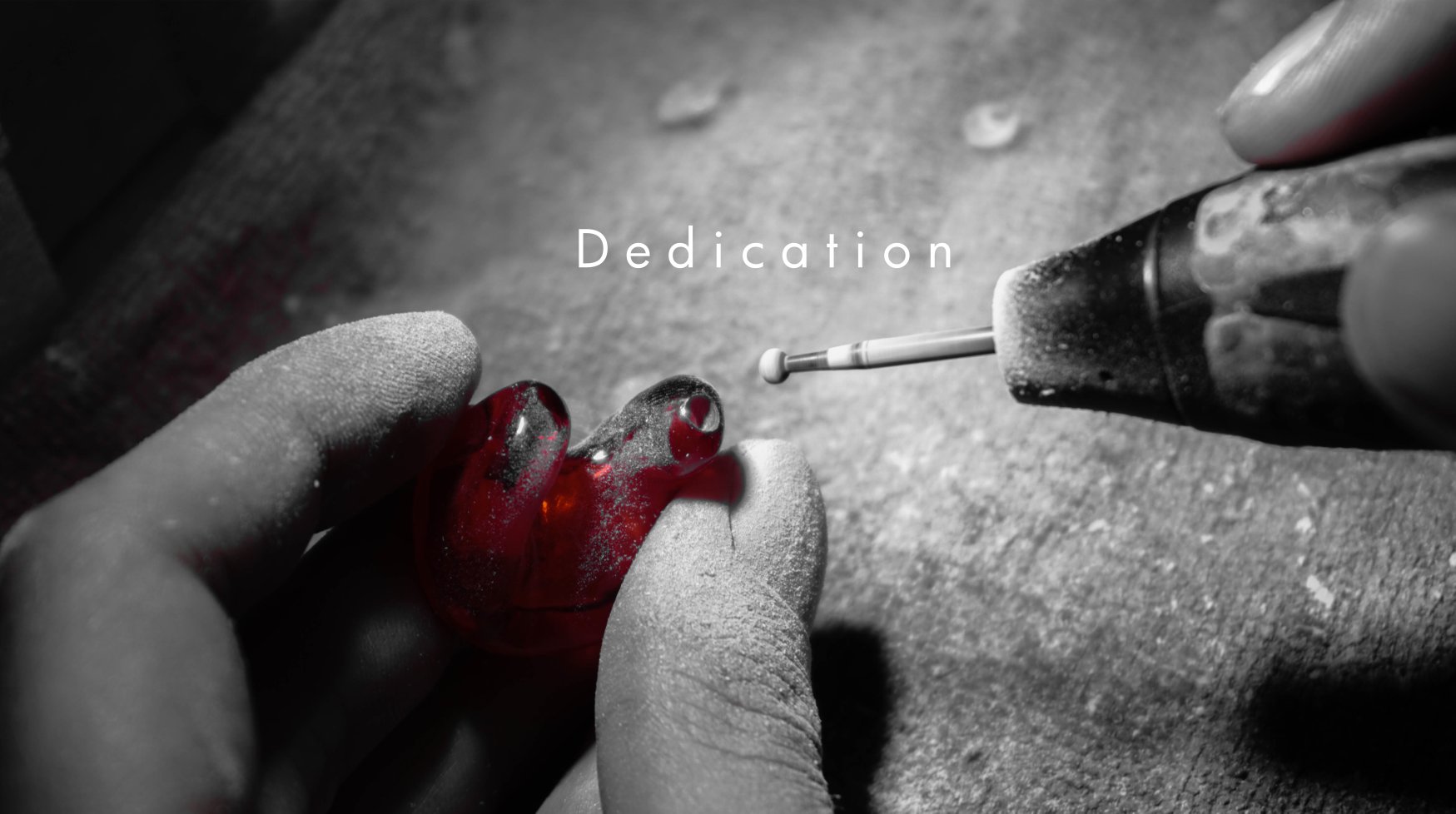 Before I share my experiences, it is pertinent that everyone understands the delicate nature of constructing CIEM's and how costly it is to customize and acrylic shaped mold for one's ears. Therefore, differences between varying units might exist. YMMV.

Considering the hand-made nature of every CIEM (Hypo-Allergenic Acrylic), it is hard for me to judge this IEM on its ability to withstand hard knocks and daily wear. Having said that, acrylic is known to be durable enough to withstand daily wear. Hard drops onto a solid surface however, might shatter your CIEM. YMMV.

Apart from that, the entire surface of the acrylic has been lacquered and polished evenly; every crevice and gap between the faceplate and the body has been sealed thoroughly. As expected, the CIEM has been finished immaculately.

The cable connectors are my main point of contention. The 2-pin connectors while sturdy, are too tight for the entirety of the 2-pins (male end) to sit snugly in the female ends. The 2-pin male ends are slightly exposed (around 30-40%). Apart from that oversight, the Pollux's feel like a million dollars. 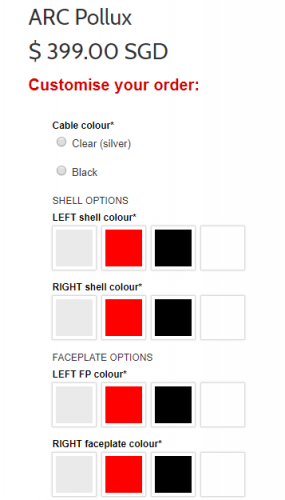 ​
The color scheme was carefully selected by me. It is important to note that the color combinations are limited and do not share the wide variety of design/color schemes offered by higher end competitors. I do expect to see a wider plethora of options in the near future. 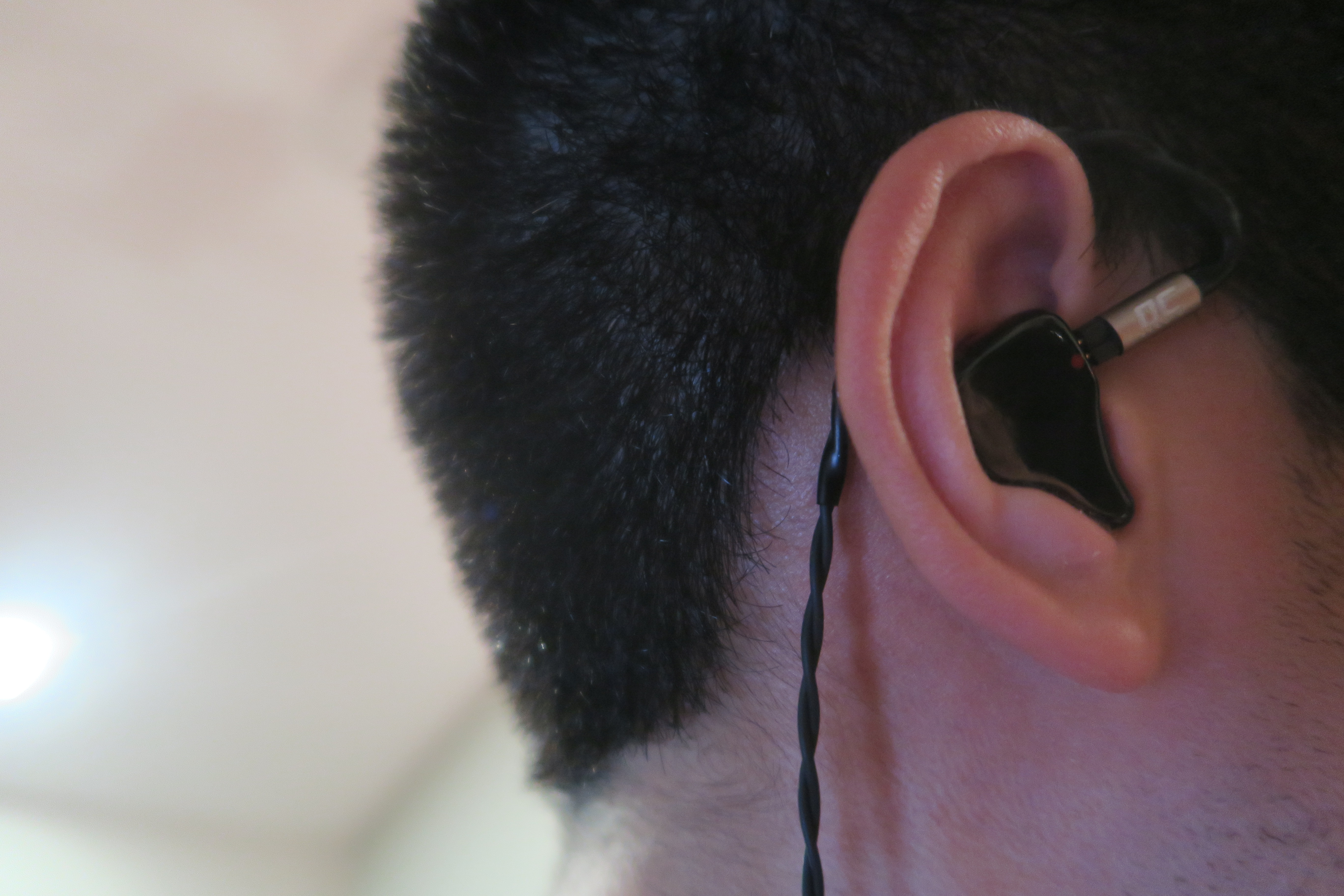 It is hard to describe the comfort of a Custom. Like all other Customs in the market, the customized rendition of one's Cochlea feels like an extension of the ears. The customized nozzle shape (unlike Universals) sits snugly in the ear like a glove, eliminating any pockets of air between the ear and the earphone. Isolation is "Etymotic like" without the needle-like flange tips stabbing your ear-canal. As expected of a Custom, the ARC is the most comfortable earphone I've ever had the chance of using. Not surprising, all things considered.

This is a special playlist (alittle tongue and cheek) dedicated to the "Space" theme of the ARC Pollux:

Ladies and Gentlemen, We are floating in Space- Spiritualized

Asylum for the Feeling- Silent Poet


It is important to take note that the review has been done without the original stock cable. Instead, I opted for a Cryogenic-ally treated Copper Cable by OC (Original Cable) Taiwan (Yes, I purchased the cable for aesthetic /durability reasons).

"The Pollux provides a balanced tonality with a clear sounding stage. In addition, clean sounding vocals and sparkling treble are proudly presented as ARC's sound signature while the bass remains punchy and tight. The ARC Pollux lends to a mesmerizing sound that allows you to immerse in your music within your own space."
Click to expand...

Lows:
For most IEM crazies like myself, it is universally known that Balanced Armatures lack the ability to displace air like a dynamic driver; it lacks meatiness in the lower registers. However, the ARC Pollux has converted me to the "Custom Clan".

The seamless fit tightens the texture of the bass drastically. With tracks such as Space Song, the bass quickly adapts to the track. It doesn't drag nor does it decay swiftly, It is an under-exaggerated sort of low-end that shares a direct correlation to the track. Depending on the nature of the song in play, the Pollux tries to avoid overplaying or underplaying its qualities. It does however, lack alittle bit more mid-bass kick. A common problem for Balanced Armatures.


Mids:
According to the description posted on Music Sanctuary, the Pollux places a heavy emphasis on vocals with an airy treble. Being named after Pluto's moon, the Pollux is aptly named thanks to its hazy, enchanting mid-range (qualities associated with space).

The lower-mids can be characterized as enchanting; emphasizing the "slower" decay and long sustained notes. It helps to capture the "chamber/reverberation" effect of the tracks "Ladies and Gentlemen, we are floating in space". However, with tracks that require speedy delivery such as "Gagarin", the lower-mid veil doesn't hinder the track's depiction (especially with its snare drum delivery). The Pollux particularly excels in displaying "reverberation" with life-like realism.

The upper-mids are forward and engaging without any grainy treble/shoutiness and all the tracks test.


Highs:
Smooth, velvety but well extended is how I would surmise the highs. It is clear that the ARC Pollux shines with songs that have a longer sustain. Tracks like "Asylum for the feeling" help to showcase the Pollux's ability to smoothen out any graininess in the tracks. Sibilance is nowhere to be found.


Treble:
This is undoubtedly the star of the show. The treble can be described as sparkly, with an almost "wet" texture to it. The treble sounds incredibly saturated, without that "ungodly" forward treble in other reference audio-gear.


Soundstage and Imaging:
This is another case of "Custom fit" playing an integral role in shaping the soundstage/imaging. The snug fit enhances the ability of the Pollux to represent a realistic 3D sound-stage. Instead of the "faux" left-right channel separation, the mix represented sounds accurate and well positioned.

On the Shanling M0:
The ARC Pollux has a considerably low impedance. Paired with the powerful Shanling M0, we have a dynamic duo. The Shanling M0, with its dead-quiet low-impedance output, led to a hiss-free experience. The Pollux/M0 pairing displayed a complementary effect on each other; the end result being warm and inviting.

On the LG G6:
The LG G6 is lauded for its ability to produce reference-quality sound on a phone; something that is unheard of in this day and age. The ARC Pollux sounds less shadowy, with more emphasized treble bite.

On the Aune X1S:
The ARC Pollux while limited by its low input impedance, scales slightly when more current is fed into the load. The Aune X1S isn't the most friendly amplifier for sensitive earphones no thanks to its high impedance output. Thankfully, that wasn't the case for the Pollux. There was virtually no hiss during long-listening sessions. The Aune/Pollux pairing was clear, better separated with enhanced mid-bass presence. I would say that while the ARC Pollux scales noticeably, it can be argued that a smartphone has enough power/current to drive the ARC Pollux with ease. 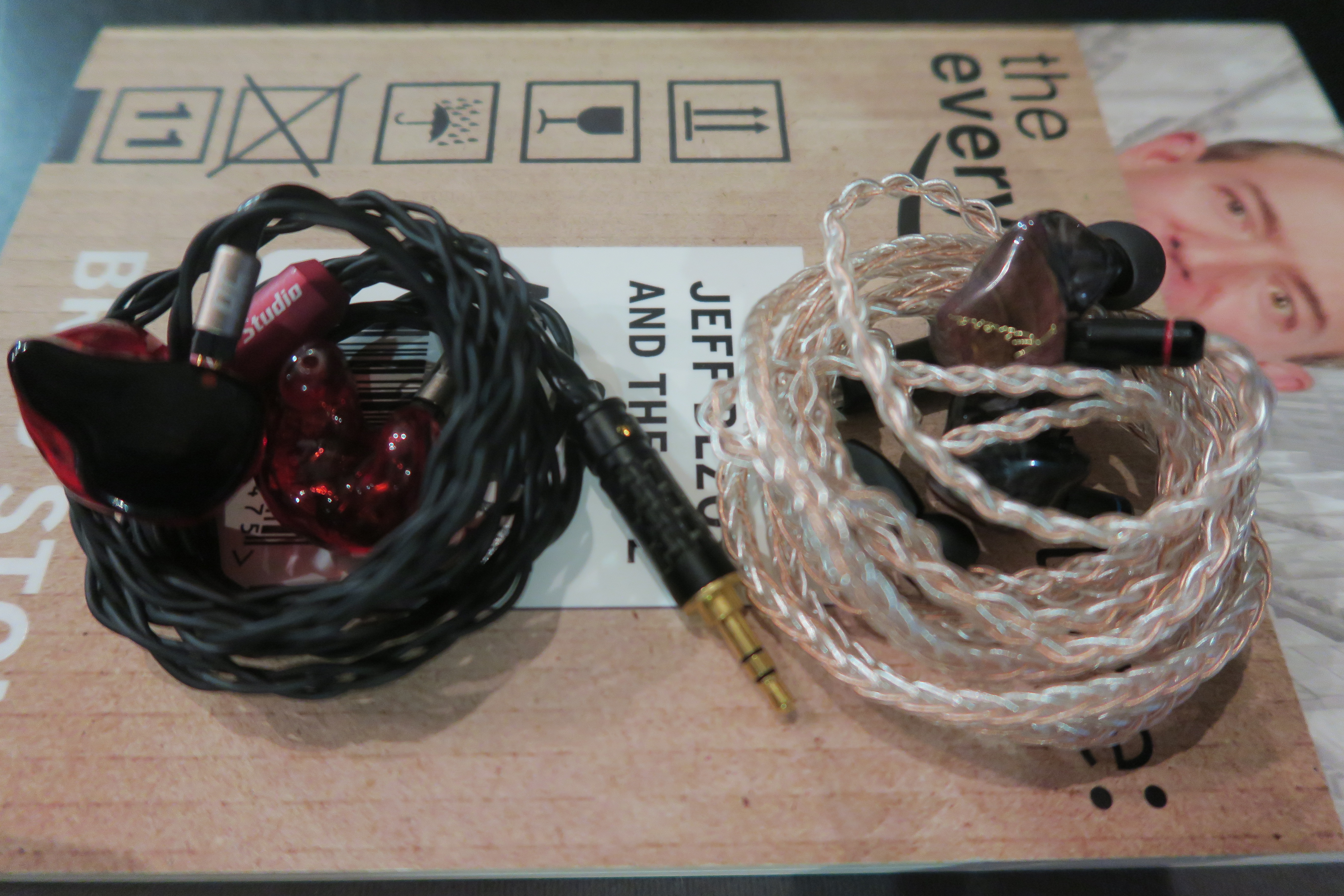 Understandbly, this isn't a fair comparison (a custom vs a universal) but the Kinera Idun features an ergonomic, custom like shell. I would say the seal achieved by the ARC pollux is at least 30% better than the Idun (it has a pinhole sized vent to displace back-waves from the dynamic driver).

The Pollux sounds more coherent despite its usage of a single driver vs 3 drivers (2 balanced armatures and 1 dynamic driver). The ARC is warm, inviting and emphasizes the sweetness of female/female vocals. The Idun is fun, forward and surprisingly balanced despite its off the chain bass punch.

However, the ARC doesn't sit far behind the Idun when it comes to the bass. The ARC I would say, takes a point for its more realistic, reserved bass-response. However, the Idun takes the win for its ability to retrieve slightly more detail than the Idun. The soundstage is somewhat similar on both earphones but the imaging on the Pollux is more realistic. The Idun while incredibly separated thanks to its hot treble, there is a feeling of artificiality (commonly associated with multi-driver setups). 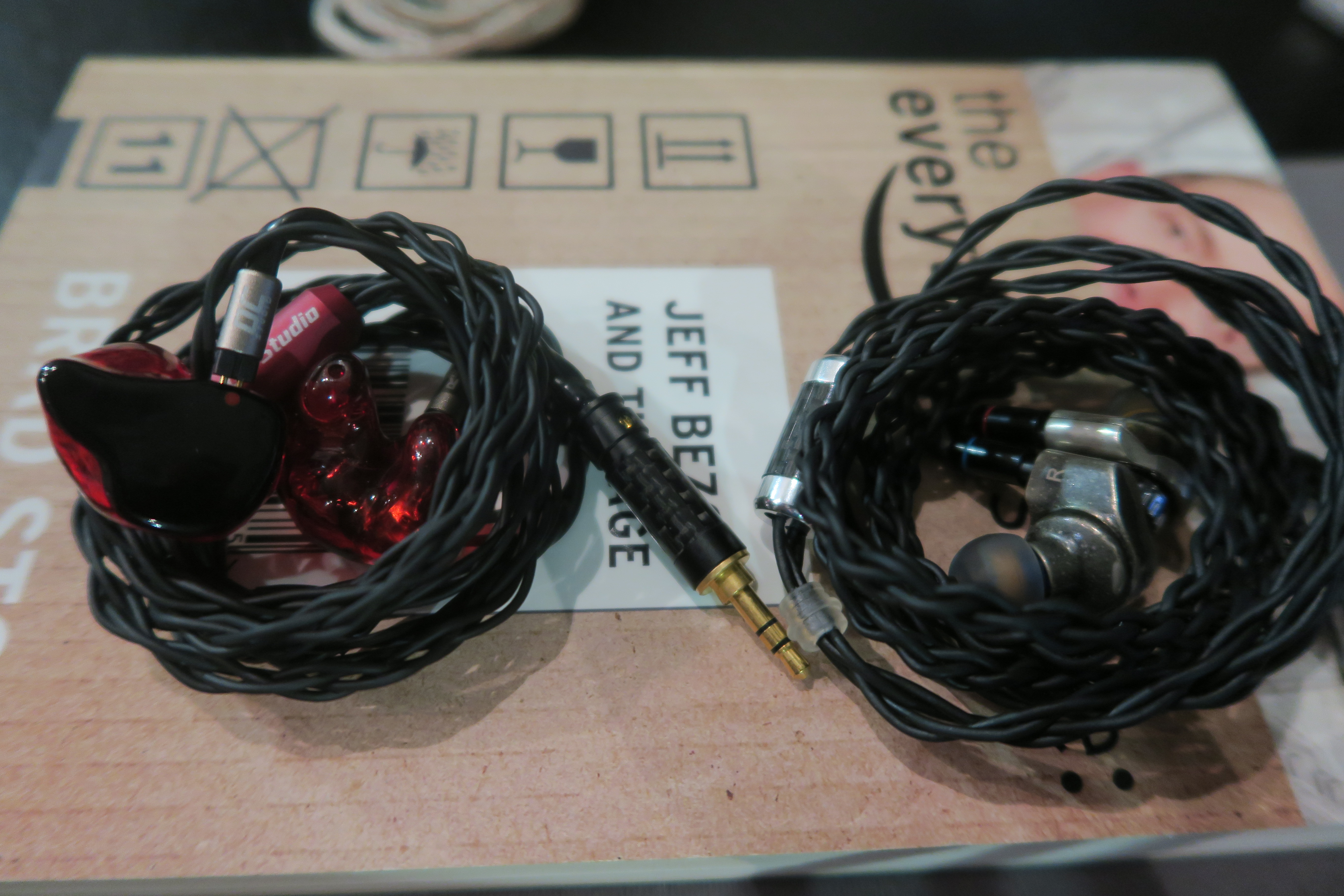 Again, not the fairest comparison (the R1 being more than twice the value of the ARC Pollux). Nevertheless, it is interesting to revive the ole' "Balanced Armature vs Dynamic Driver" comparison. It is imperative that everyone understands that the IMR R1 is currently using the "reference flat" blue filter.

The ARC Pollux is relatively warm and enchanting. The IMR R1 features a soft V-shape, with a sparkly treble and speedy bass. To be honest, it is almost hard to compare both signatures. Do take note that the Pollux has a realistic 3D stage while the IMR R1 features uncanny separation and width.

Being one of the cheapest CIEM's in the market today, is is hard to remain unimpressed by this level of quality at such a reasonable price point. I'm quite certain that you'll be hard-pressed to find a custom with such immaculate value as compared to the ARC Pollux. For audio enthusiasts ready to dip their toes into "custom territory", you've come to the right brand.