This is the info that can be found on their website:

The audiophile community is one big family united by the love of music.

There is however, a fundamental split on how we judge audio hardware. One camp (objectivist) swears by THD+N and the opposition (subjectivists) swear by what they hear.

We started Revolution as an attempt to unite both camps.

Objectivist side:
Revolution THD+N is -114.5. However, look closer. THD is the main problem since N (noise) is always around us and as such human ear/brain can tune it out. THD of Rev is at around -122 to -124 making this one of the best tested DACs (unbalanced outputs) in the world. 20Hz to 20Khz THD stays same (does not rise).

Revolution DAC was subjectively tested for many months and delayed until we were satisfied with SQ. What we have found out is that some practice (like audiophile caps in opamp rails) indeed increased the SQ, and we were able to see small reduction on harmonics on THD.

One area of concern was what it’s been referred to as “bright sounds” on Ess DACs. We believe that main reason comes from datasheet implementation and lack of filtering before second opamp (summing). Most designs we see lack this fundamental passive filtering (again they just copy of datasheet) and the HF noise (one parameter, there are others), while it should not be audible, somehow creates this fatiguing sound. We are pleased to say that Rev does not have the bright sound associated with ESS.

Not everyone has the same taste though and we decided to give you full control and decide what you like best:

Since we are using 2 clocks, in synch mode, we can feed an exact multiple of FS (called 128fs mode by Ess sabre) and DPLL is removed (dpll 0). Jitter is from the clocks direct ( NDK SDA).

In Asynch mode the dijittering of ess IC is enabled…but at the absolute minimum (1).

Harmonic components of THD can be tweaked (increased) from “best THD values”. Why? Simply because harmonic components are known to introduce a euphonic effect (we like some increased harmonics, it sounds better while measuring slightly worst).

Oversampling filter will be bypassed. As a result, some people hear increased SQ… but you will lose hardware volume control.

All filters are available. Chose what you like best.DSD 512 /PCM 384Khz tested and stable under both Linux (yes RPI) and Windows.

Revolution has 7F or supercaps, 3F on AVcc (multiple SC in parallel). Opamp stage (analog stage) has supercaps in the power rails. You are in fact listening to suprecaps power (electricity) on all analog rails.

Also present on the board there are 8000uF of lytics (we did not count ceramic caps) resulting on “no sagging” power rails. 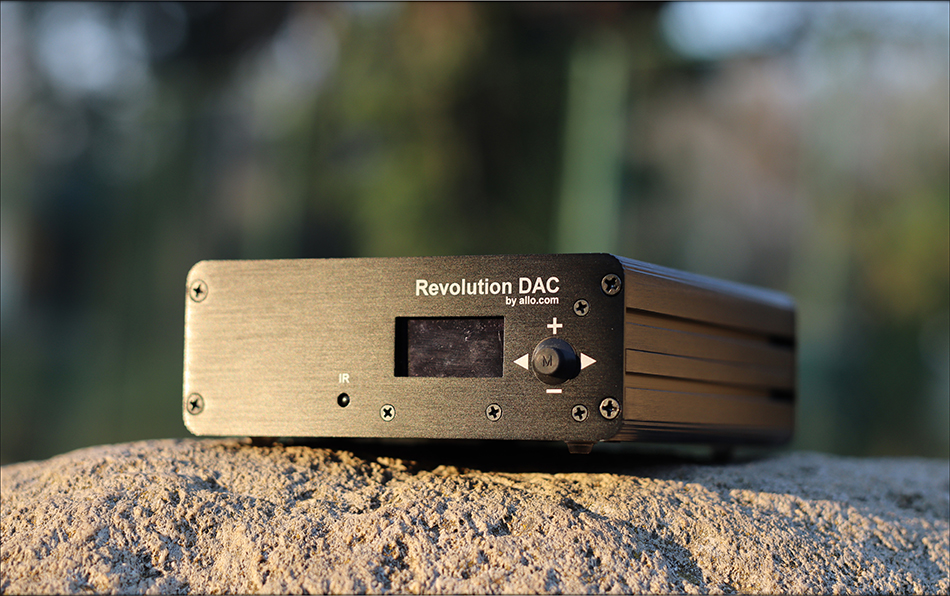