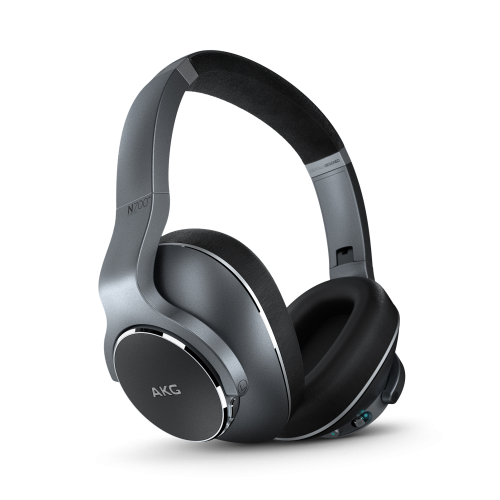 Comfort-fit ergonomics
Listeners will enjoy hours of peaceful listening pleasure, thanks to the soft ear cushions with memory foam and the padded adjustable headband. 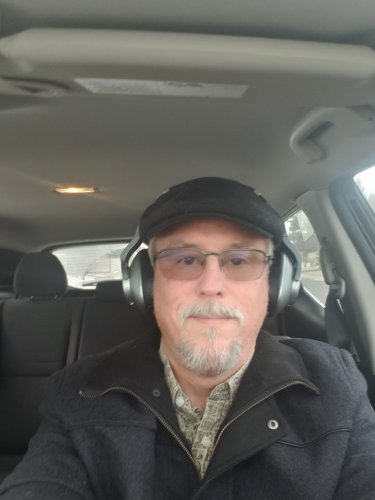 Before I start my review I want to discuss my ANC Bluetooth journey a bit to give some context to my review.

I have been trying ANC and Bluetooth products now for several years. My first ANC product was the Bose QC20 which blew me away with its amazing ANC ability but came up short on its audio fidelity. I then tried different products like the MDR100ABN and a long list of other BT only products. Each would be good but never quite good enough. The MDR100ABN suffered from wind noise, some had Bluetooth connectivity issues, others lacked the audio quality I craved. so the search continued...

During this time phone manufacturers started to drop the headphone jack and headphone manufacturers started to improve the audio quality of their headphones. Part of the arms race that ensued was Bluetooth Codecs that were meant to overcome Bluetooth limitations. I bought into this part of the arms race hook line and sinker. I have even gone so far as to say I would only buy products that supported LDAC or APTxHD.

This lead to my purchase of the Sony MDR1000XM3 headphone, the KING of codec support having every Codec available today built in to the headphone, plus industry leading ANC and 3rd generation design! It had it all!!! Except I found myself wishing it had more detail. The more I listened to the 1000XM3 the more I found myself being overwhelmed by it's bass and underwhelmed by its treble. On paper it was perfect but in everyday use I just wasn't satisfied by the music. It was great from a relaxing perspective and the ability to listen for hours on end without any fatigue but it just wasn't as engaging as I wanted.

So my journey continued and after repurchasing the NAD HP50 on sale and loving its detailed yet delicate signature I decided to try the NAD HP70 a Bluetooth ANC headphone from NAD. It supported APTxHD, APTX, AAC, and SBC. As it turns out my new phone the Samsung S9 does not support APTxHD so I ended up using APTx or AAC. Unfortunately while the HP70 is more comfortable than the HP50 being almost as comfortable as the MDR1000XM3 it has NAD Room Feel 2.0 versus Room Feel 1.0. or a slightly different signature compared to the HP50. the change unfortunately added more upper midrange/lower treble energy than I am comfortable with. Making some music a bit to harsh for my ear fatigue prone ears.

I then switched gears to True Wireless Earbuds and found that the real secret to a successful headphone still lies in proper tuning and a good driver rather than just relying on Codecs as can be seen in my review of the Sennheiser Momentum True Wireless.

Shortly after I received my Momentum True Wireless I started to see the AKG N700NC appears in discussions. But it was getting little attention due to a lack of Codec support and some early misinformation, from Samsung itself no less! Early details suggested the headphone only supported SBC alone! Fortunately the headphone also supports AAC as well. But only these 2 Codecs!!!! What was AKG/Samsung thinking! Where was LDAC, where was APTxHD or at least APTx! But then I thought, well my MTW sound pretty darn good using only BT 5.0 and AAC, so why not the N700NC? So I took a leap of faith... 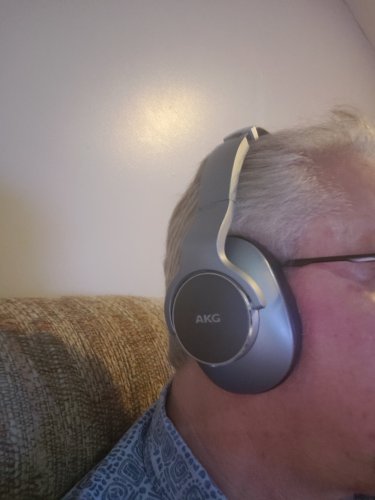 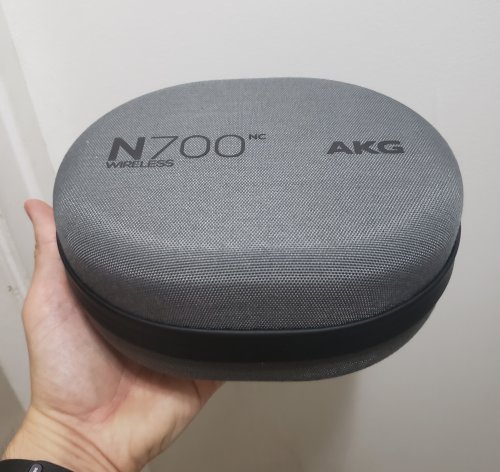 Build Quality, Accessories, battery life:
When I opened up the AKG packaging I was very impressed with the case that came with the headphone. It was semi hard and well constructed, offering good protection for the headphone. The headphone itself was similarly well built with one exception. The length adjusters are extremely loose and easily slide to a smaller size. But aside from the adjuster the headphone itself is nice and does not suffer from any creaking issues. The usual cables and airplane adapter are also included including a simple single button 3.5mm headphone cable. The battery life of the headphone is rated at 20hrs in Bluetooth mode, and 30 hours in corded ANC mode. I have not let it play until it has died but it appears to be pretty accurate to their claim as I have used it for around 10hrs and still hade around 50% battery life left.
Score: 4.5/5 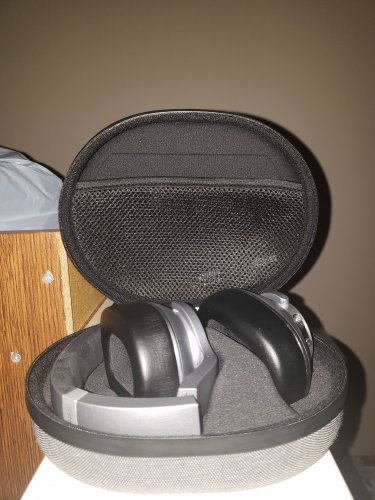 Modes of Operation:
Like many Bluetooth and ANC products this headphone is designed to work in several different configurations. Ranging from Bluetooth mode, to cable mode with ANC, to cable mode without ANC. The only mode missing is the ability to use Bluetooth without ANC. The headphone also has an ambient button that allows a user to let in ambient noise for added awareness while listening to music or to mute the music and let in ambient noise to talk to people or listen to announcements. I also found I had to use the volume control of the headphone itself when I turned on ANC with the headphone cable. I would have to crank up the volume to amplify the sound to satisfactory levels and then would have to remember to turn down this volume before I switched back to Bluetooth mode or risk hurting my ears. Funnily enough with ANC turned off the headphone behaved like any non powered headphone would.
Score: 4/5

Ergonomics and control:
I really like the way the headphone band is designed as well as the ear cups and earpads. The headband hugs the head nicely and the earcups similarly are tight to the head making them more portable and less intrusive. The cups are also ear shaped and small without sacrificing comfort or space for the ears. The earpads are memory foam based so quite comfy. There is a bit more clamp than the 1000XM3 but not so much that they are uncomfortable while offering a bit more passive noise isolation. This headphone uses buttons versus a touch pad for controls. The buttons are on the circular rings versus the earcups which took a bit of getting used to and are a bit on the small side for the volume and middle button but easy to get used to after a while. I actually find buttons easier to work with than touch panels so I am fine with N700NC approach.
Score: 4.5/5

ANC Quality:
This is the one area that pleasantly surprised me. AKG has managed to create an ANC experience that is almost as good as Sony. I find the ANC to be almost perfect with only a couple of issues. Anyone who has tried Sony ANC over the past couple of years is aware that Sony couldn't quite deal with certain situations such as changing cabin pressure which could cause the ANC to react weirdly. Unfortunately AKG suffers from those same issues. They haven't happened often but I have noticed them. I also find a certain sound on some buses to cause the headphone to get a thumping sound from the ANC. But I have not worn the 1000XM3 on those same buses so can not say for certain whether it too might suffer the same issue. But since I have heard this with the N700NC I will adjust the score accordingly. If I notice the same issue using the 1000XM3 in the future I may update this portion of the review.
Score: 4/5

Bass Quality:
I found the bass of the N700NC just right. They can go deep if a song has depth and never over step their place. Instruments like bass guitars, double bass, kettle drums, Cello's and others all sound correct as compared to the "romantic" bloom of the 1000XM3 that often makes those same instruments sound bloated or unnatural. The only missing quality of the bass is a bit of texture as compared to best wired headphones I own.
Score: 4.5/5

Midrange Quality:
The N700NC offers a somewhat typical AKG presentation that is detailed and very neutral. I would say it is more neutral than many AKG offerings like Q701 or K712 which I found to be more on the bright side to the point of being a bit fatiguing. The midrange was still a bit too neutral for me but may be perfect for many and is easily tweaked using the EQ in the AKG headphone app. with or without the EQ the midrange offers wonderful dynamics and vocals that manage to convey the singers emotions.
Score: 4.5/5

Here is my EQ setting I use in the Headphone APP:

Treble Quality:
Unlike the NAD HP70 the N700NC manages to convey great detail and air without crossing the line into sibilance or harshness. I find I get all the detail I found missing in the 1000XM3 allowing cymbals hits and subtle drum kit details to shine in Jazz and classic rock without causing any ear fatigue.

Sound Stage and Imaging quality:
This is the one area sound wise that the N700NC is not as good as the 1000XM3. It offers a decent size sound stage and a decent level of 3D presentation but it is not as encompassing as the 1000XM3. But I still find myself able to feel like I am surrounded by my music.
Score: 4/5

Music Quality in cabled non ANC mode:
When using the cable with the ANC turned off I found the headphone to have a slightly warmer signature and slightly more detail. I actually found I preferred the ANC sound a bit more as I grew used to its balanced nature. But certainly think the un-powered mode was a nice signature alternative and a definite option if the battery ever dies on me during the middle of the day.
Score: 4/5

Music Quality in cabled ANC Mode:
Once I figured out how to get the volume level back up to normal with ANC turned on I found it's sound quality to be almost the same as when in Bluetooth mode while offering more detail due to the cable. While the added detail was mostly appreciated I was surprised to find the headphone crossing the line into a bit of harshness on the most strident of my recordings ,a rare nod to the headphone being too true to the recording.
Score 4.5/5

APP Quality:
I am an android user so this part of the review is only based on that app. I found the app to be fairly sparse in comparison to the Sony app but good where is counts the most. The EQ is basic and not overly strong in how it affected the music but more than allowed me to adjust the signature of the headphone to just where I like it without having any weird or over powering affects which I find common with most EQ's. I also like how I can control the ambient mode button to either let in more ambient noise while listening to music or mute the music and let in ambient noise for when I need to listen to announcements on the train or needing to talk to a clerk at a store. Finally the app has an auto off function to help save battery life by turning off the headphone if no music is playing after so many minutes.

So I think as you can see by my review, my leap of faith paid off as this headphone easily overcomes the fact it only supports AAC and SBC codecs and shows that in the end proper driver development and tuning trump the latest Codec Arms Race most headphones manufacturers have been chasing. Do I wish it supported LDAC and APTxHD, you bet! But don't assume it has to sound bad just because it doesn't...
Reactions: jenkinsontherun, Corona777, 4ndrew115 and 8 others
Read more…