Menu
Log in
Register
Install the app
You are using an out of date browser. It may not display this or other websites correctly.
You should upgrade or use an alternative browser.
Sold: E-Mu Teak (<2 hrs) w/full Lawton 2 Upgrade - Museum Qualty Quilted Spalted Maple Cups, Angled Pads + originals, Removeable Cables, ZMF Pilot Pad + OEM XLR cable
Listing ID: 414 Views: 869
For Sale  699.00 USD

Purchased as part of a set for a project that simply never came to fruition. Basically, I was an EARLY pre-order backer for the Smyth Realiser A16--I'm still waiting for my production unit, but that's a completely different story. In the meantime, my wife and I have changed interests and gear multiple times over and now I simply have to find some room on the shelves for a headset that sadly simply never had a chance to sing.

As to this listing...originally I had two E-Mu Teaks, one for each of us. Hers has long since been sold.This one was supposed to be part of my centerpiece for 3D audio Head-Fi at home, and was purchased solely for the purpose of a Lawton upgrade; I estimate no more than 1-2 hours of total usage as it's spent its life from inception to completion primarily in a bubble-wrap bag waiting for the A16's release. The cups are museum quality quilted spalted maple (I will include the invoice from Lawton--the cups alone were more than $600). I am fastidious to a fault about the condition of my gear; I suppose if you run a scanning electron microscope, you MIGHT find some tiny signs of handling somewhere on the lacquer finish. But to human eyes, and the best of my ability to tell, these cups are as pristine and unspoiled as the day I opened the box from Lawton himself. I sprung for the full Lawton internal treatment as well as the leather angled pads, but I have the unused OEM pads in the original box as well. The openings on the stock OEM pads are blunt ovals: 6cm x 3.5cm; the narrow width made them more like large on-ears than over-ears. The Lawton angled pad openings are huge, closing in on circular, by comparison: 7cm x 5.8cm; on me, they completely encircle my ears. This run of the E-Mus had removable cables and I added an OEM balanced XLR cable to ensure that I'd be able to use these cans in any scenario I wanted. I will also throw in a ZMF pilot pad which adds an amazing amount of comfort along the bottom of the otherwise spartan headband.

A few people have asked about the Lawton mod itself--i.e. what can they expect of the sound relative to an un-modded E-Mu; a fair question given that there's really no reliable way of "envisioning" the results yourself unless you've had experience with other Lawton-modded products. For this experiment, I dealt directly with Mark for a long time about choosing the right tonewood because I had specific EQ requirements in mind. In particular, I'm a fan of snappy, tight, articulate, and hard-hitting (but not bloated) bass along with detailed mids and highs that can really highlight things like acoustic guitars and vocals, female vocals especially as I'm predisposed to female-fronted rock and metal bands (don't judge!). I love a strong bass line, but I'm really sensitive to muddy, overbearing bass, so I wanted a tonewood that wouldn't overtly spoil and/or noticeably impact the bass and midbass of the Teaks (which I already liked very much), while still proving a more revealing and "fast" sound in the final analysis because I'm such a sucker for detail retreival, especially in high-def recordings when available.

Mark ran me though a number of raw wood blocks he had been saving for very limited runs, but convinced me that the spalted quilted maple was an ideal fit for me and the Teaks. It was a fun experiment, especially when I had my wife's unaltered set of Teak's for A-B comparison. During the one time I actually took out this set out of the box for a brief office listening party (to prove to my mates, one who was departing for radio broadcast school, that there actually IS a difference between headphones, even high-priced ones, when holding all other things constant), I A-B'd the Lawton Teaks against the stock cans and let my friends decide what they liked, or at least what they thought they heard. Obviously everyone's taste is different, but the unanimous opinion was that the Lawton modded cans did provide an experience where the "highs and mids were just a bit clearer--like a bit of the veil had been removed" (that was a quote from my office party I sent to Mark after he followed up with me about the new chambers). Was it night and day difference--no, of course not...but it WAS noticeable, to some people almost instantly, while to others, it look a bit of time to pick out the nuances they were missing from one track to the next.

Price will include shipping and PP fees within the US; I will work with you on shipping arrangements overseas--just drop me a line. 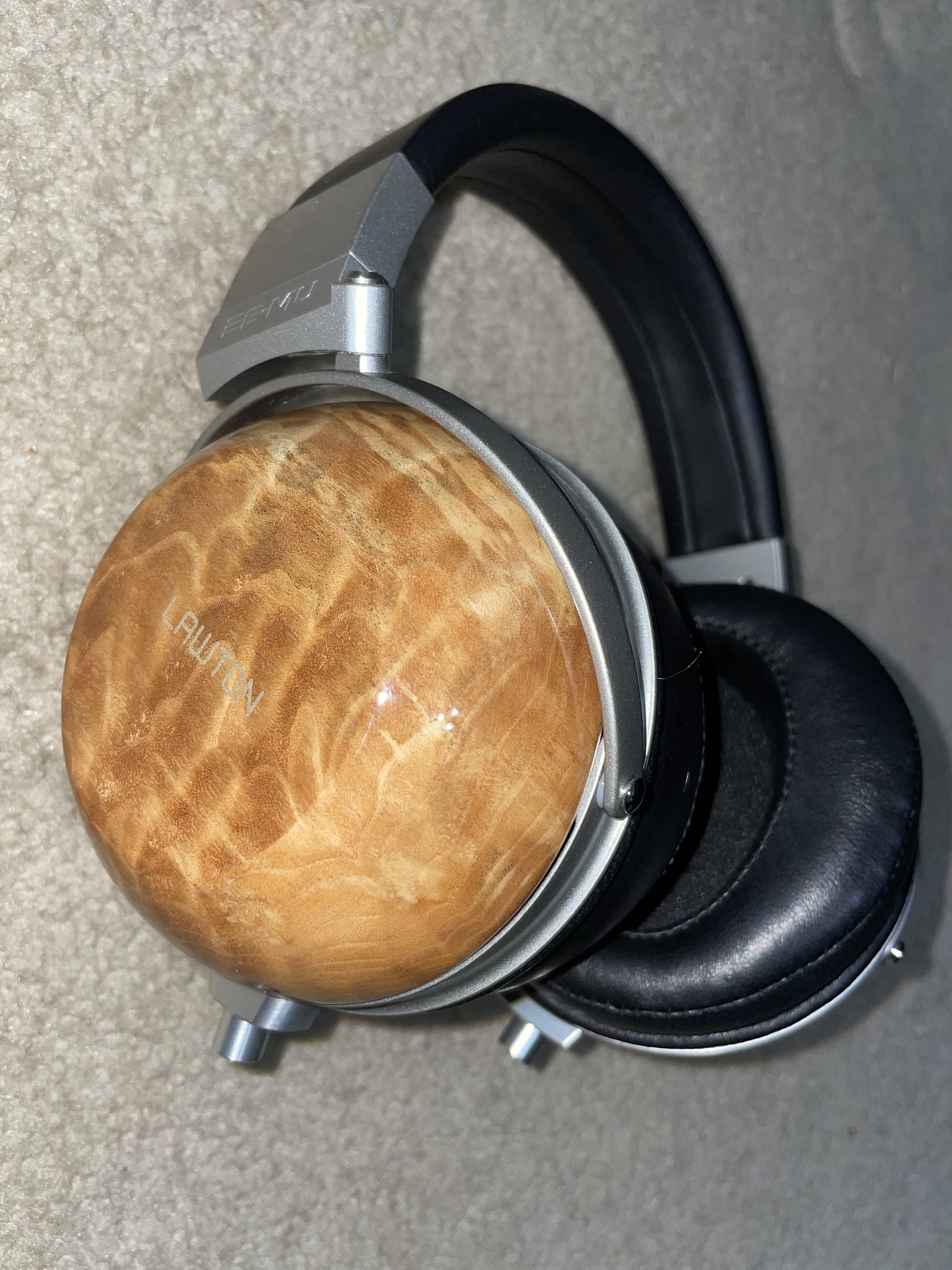 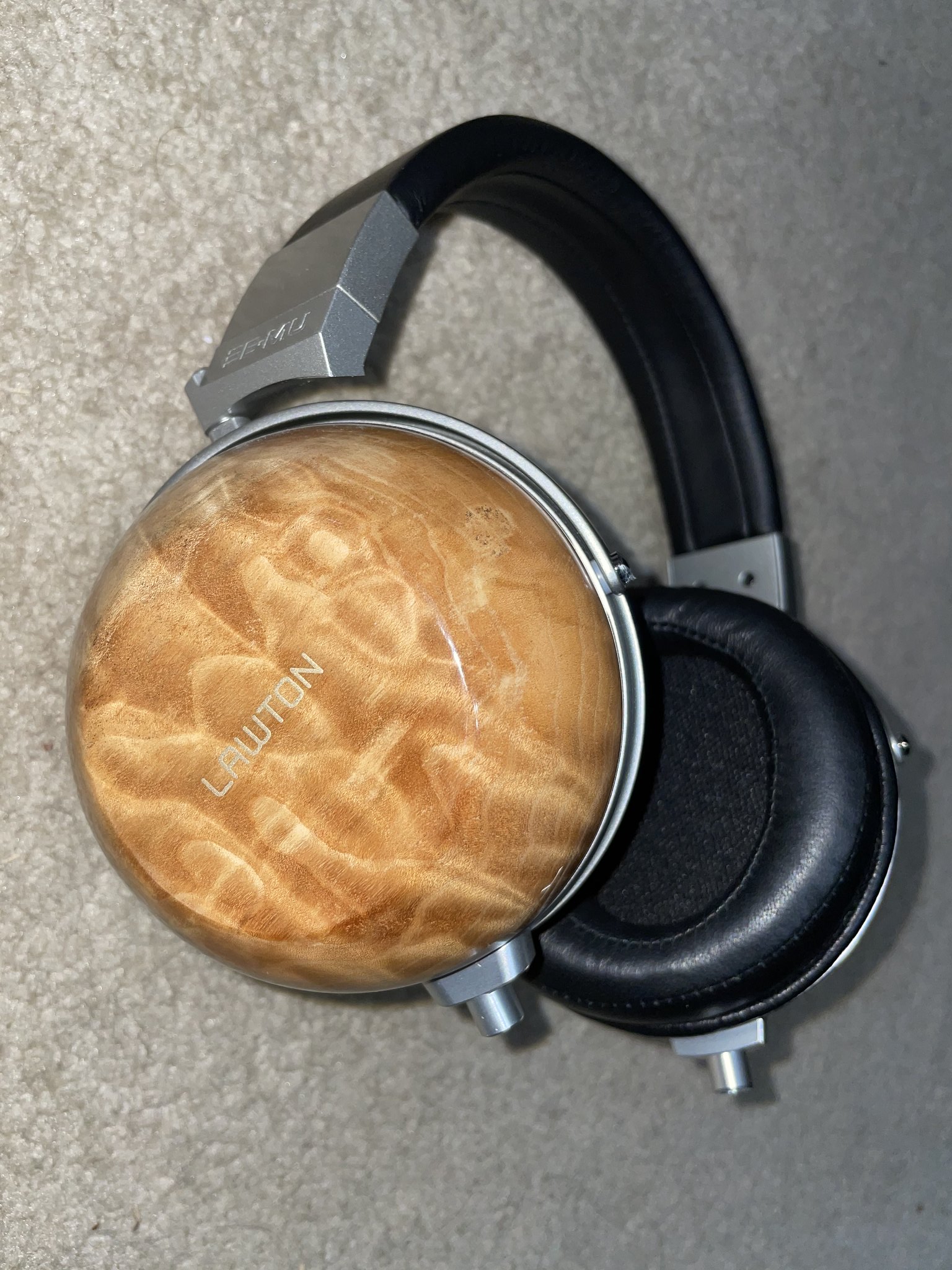 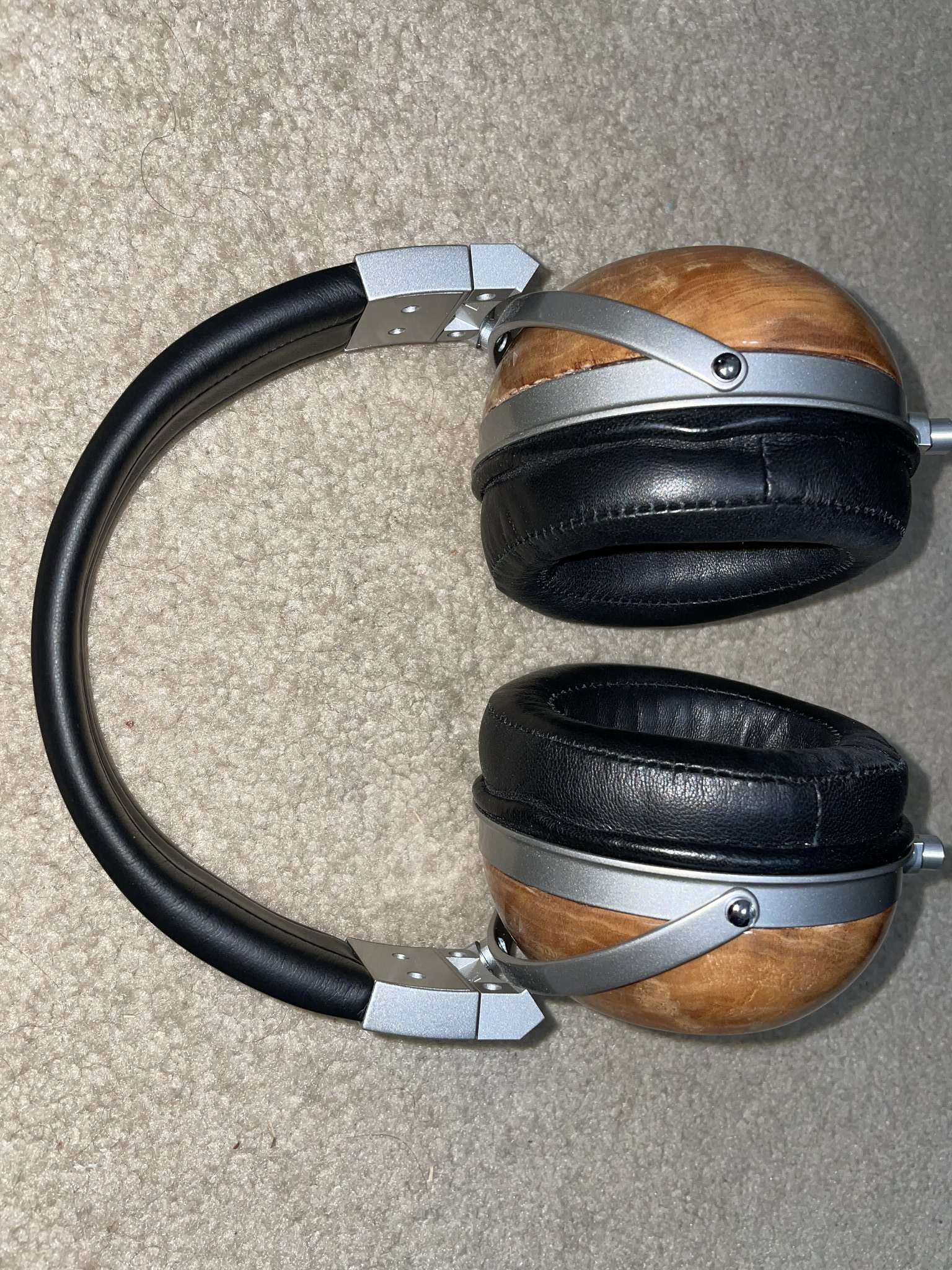 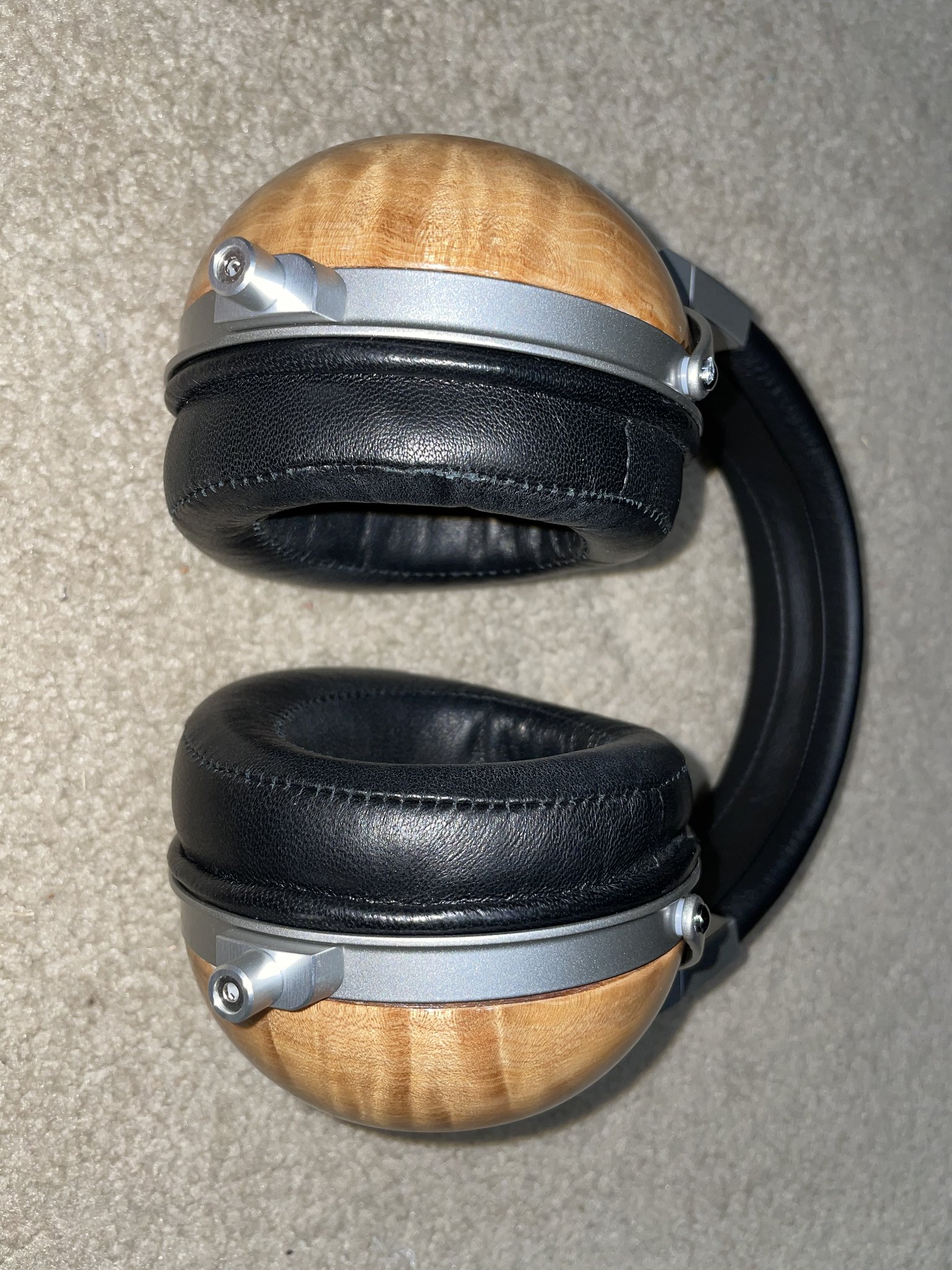 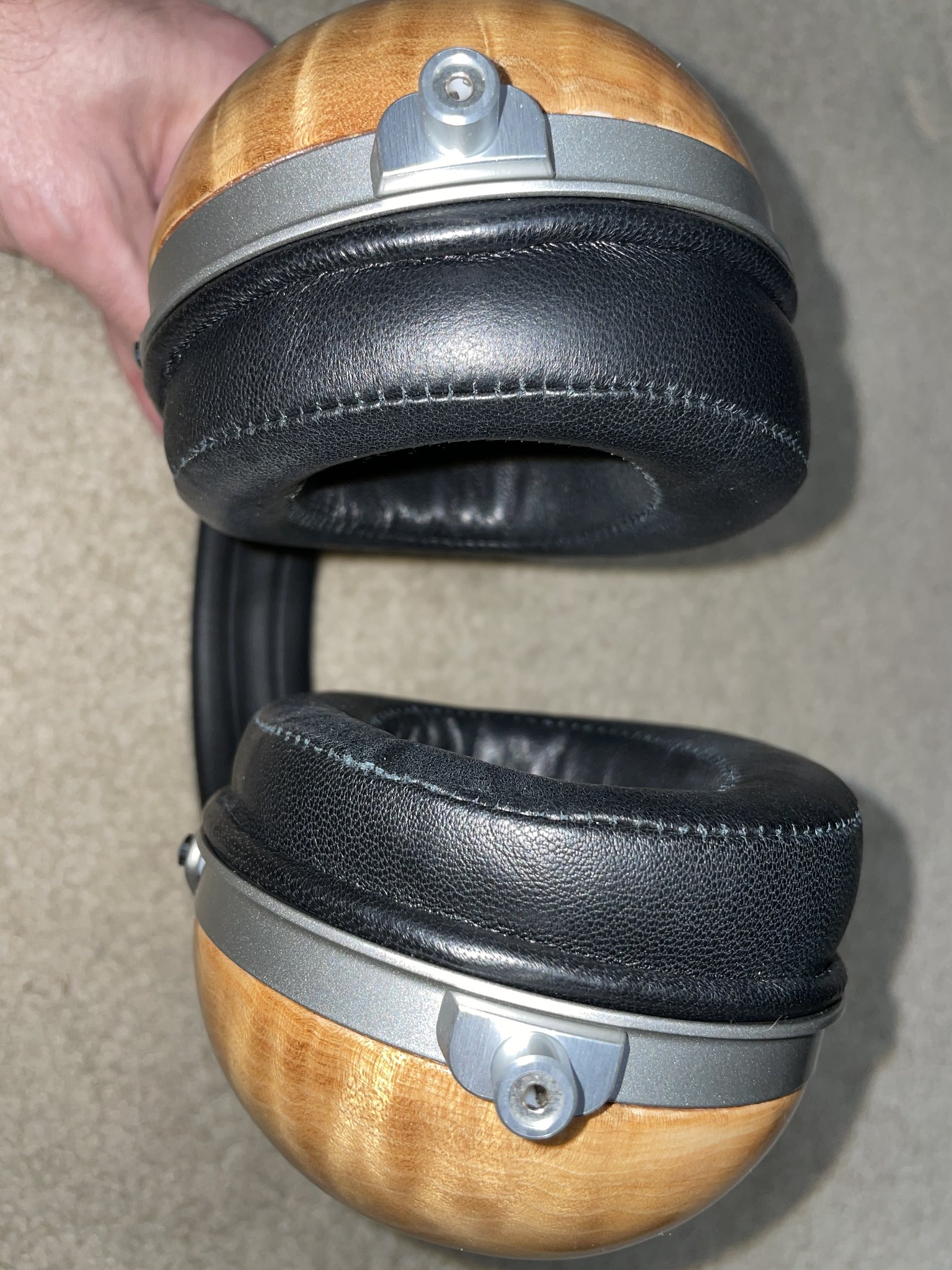 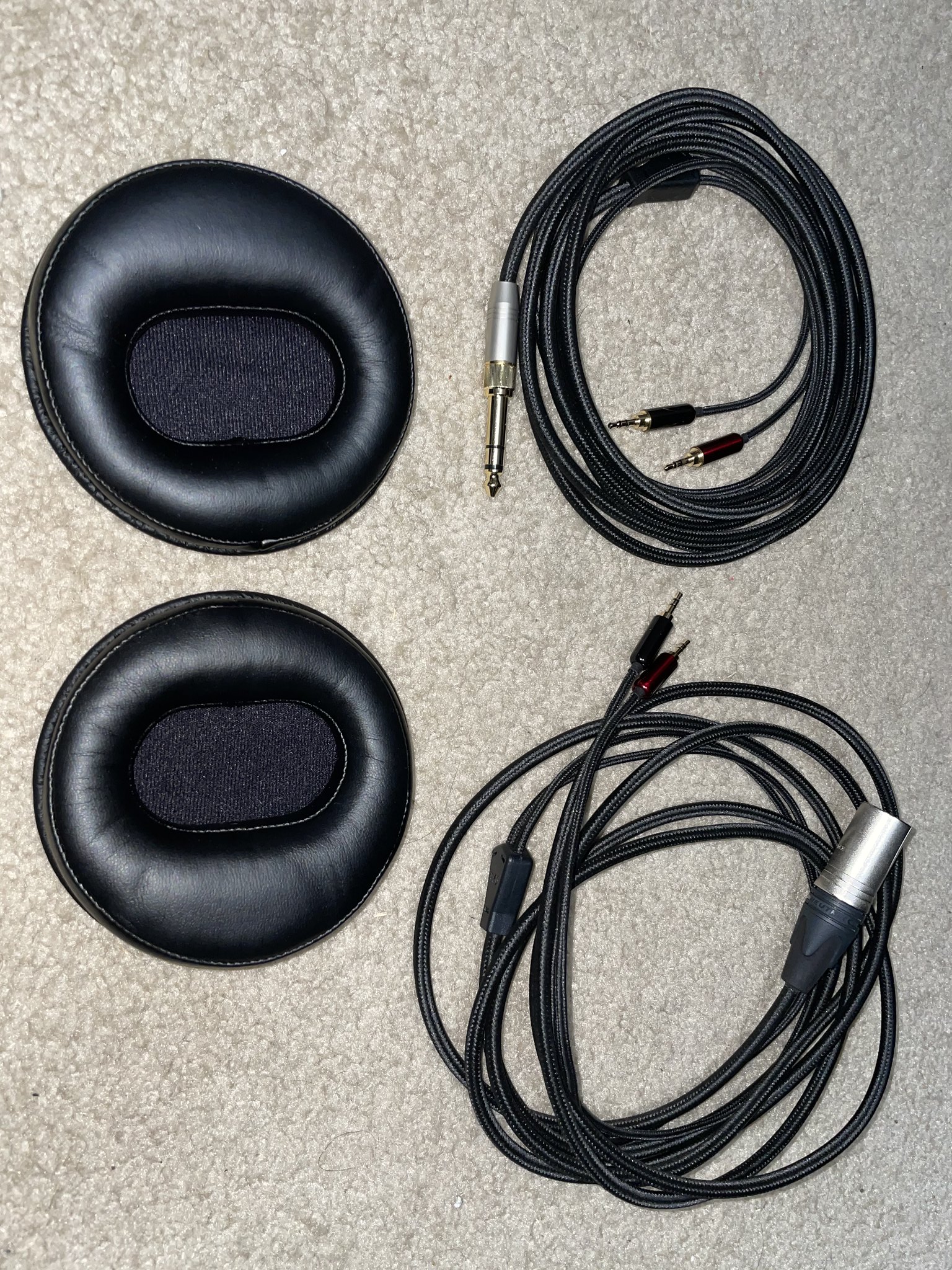 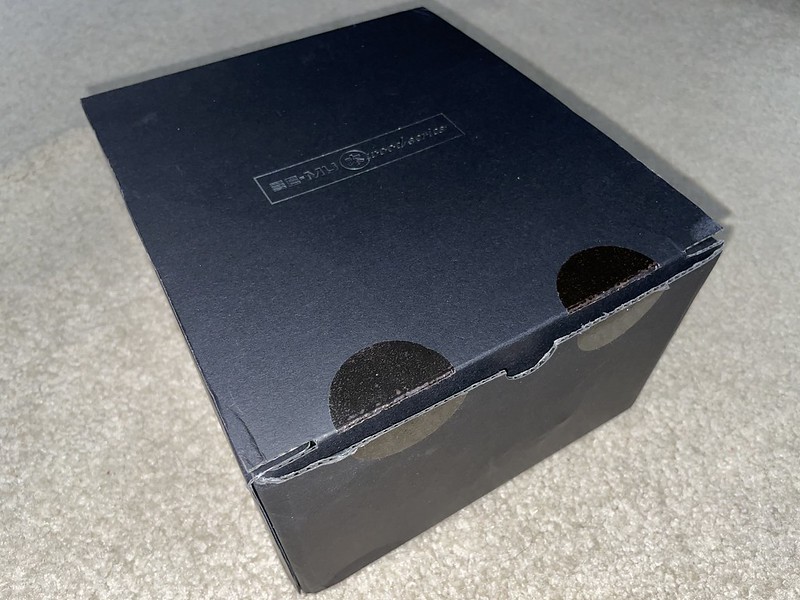 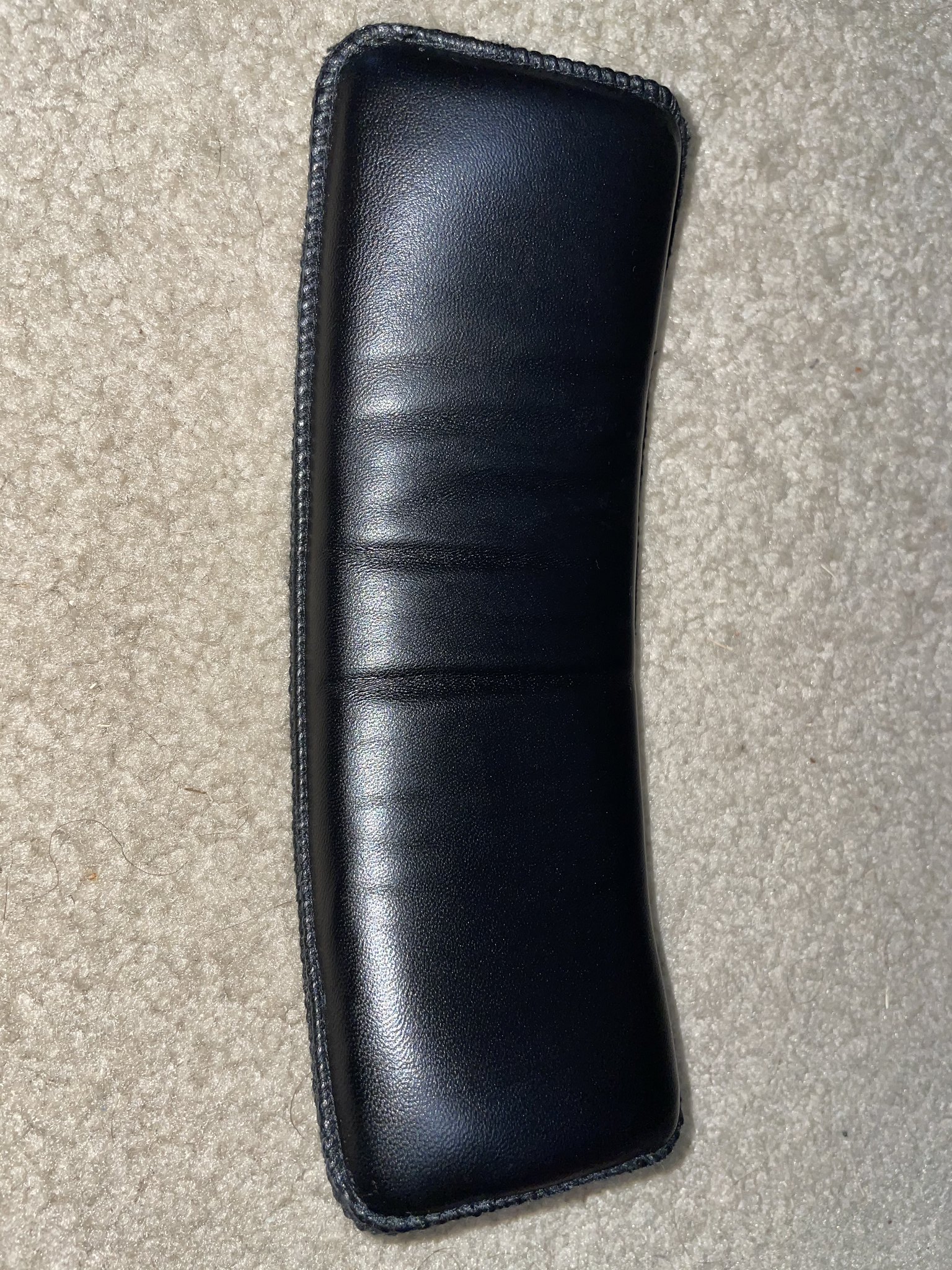 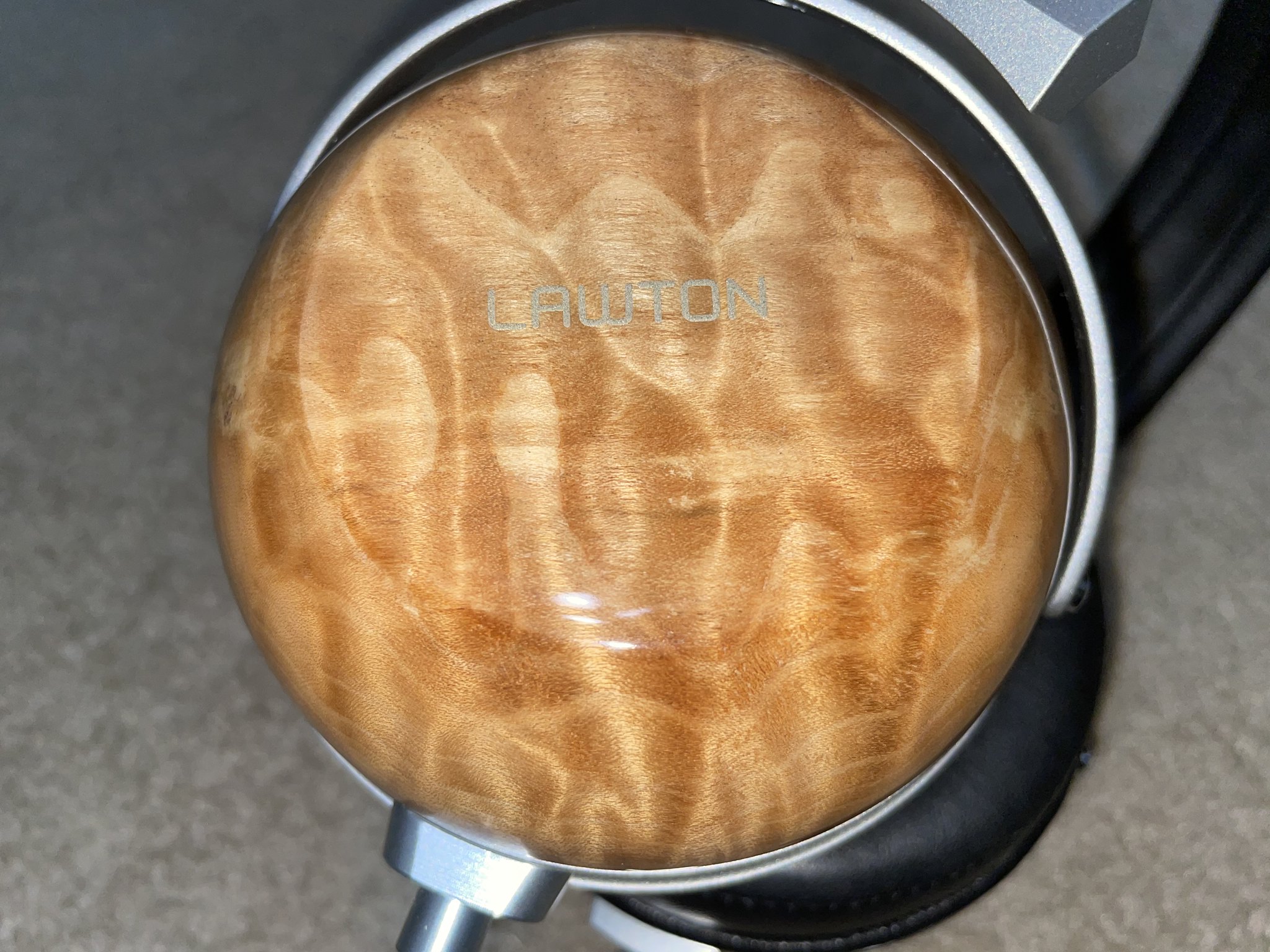 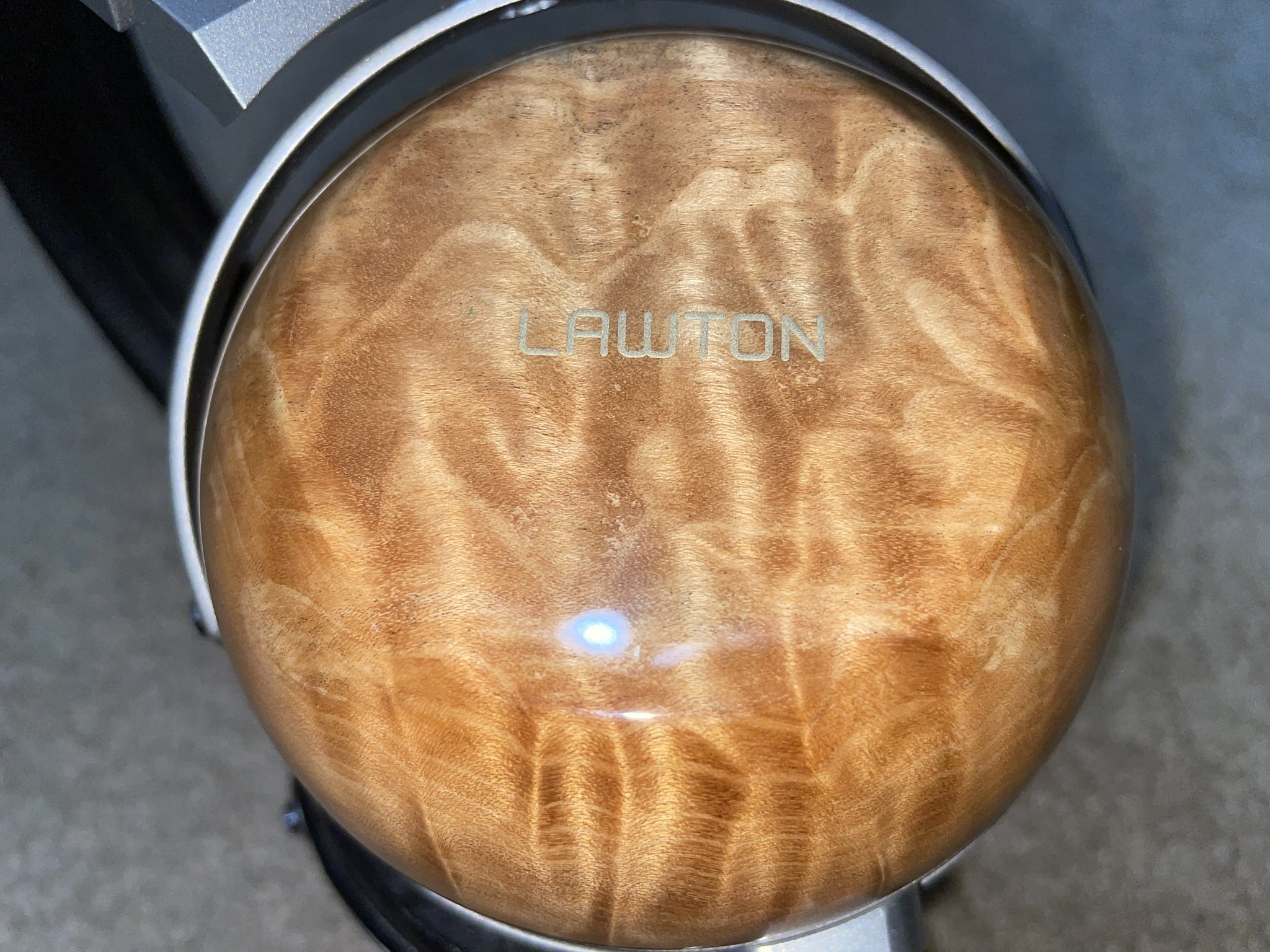